* Oprah Winfrey has inspired calls for a presidential run after stirring Golden Globes speech
* Winfrey has not commented, but friend Gayle King says Oprah is “intrigued”
* Retailers already selling “Oprah 2020” merch to capitalize on the buzz

Oprah for president? Though the media mogul hasn’t made any kind of announcement, her stirring speech at the recent Golden Globe Awards left many Americans wondering — and hoping — that the Cecil B. Demille award recipient would throw her hat into the political arena.

Add Comment
3 People Commenting
Mindy
4 years
Is this a joke? A good talk show host and inspiration yes, but President? Heck to the...
S
4 years
No, no, no.
Lloyd
4 years
Oprah does not need my money and you do not get it.

Add Comment
3 People Commenting
Mindy
4 years
Is this a joke? A good talk show host and inspiration yes, but President? Heck to the…
S
4 years
No, no, no.
Lloyd
4 years
Oprah does not need my money and you do not get it. 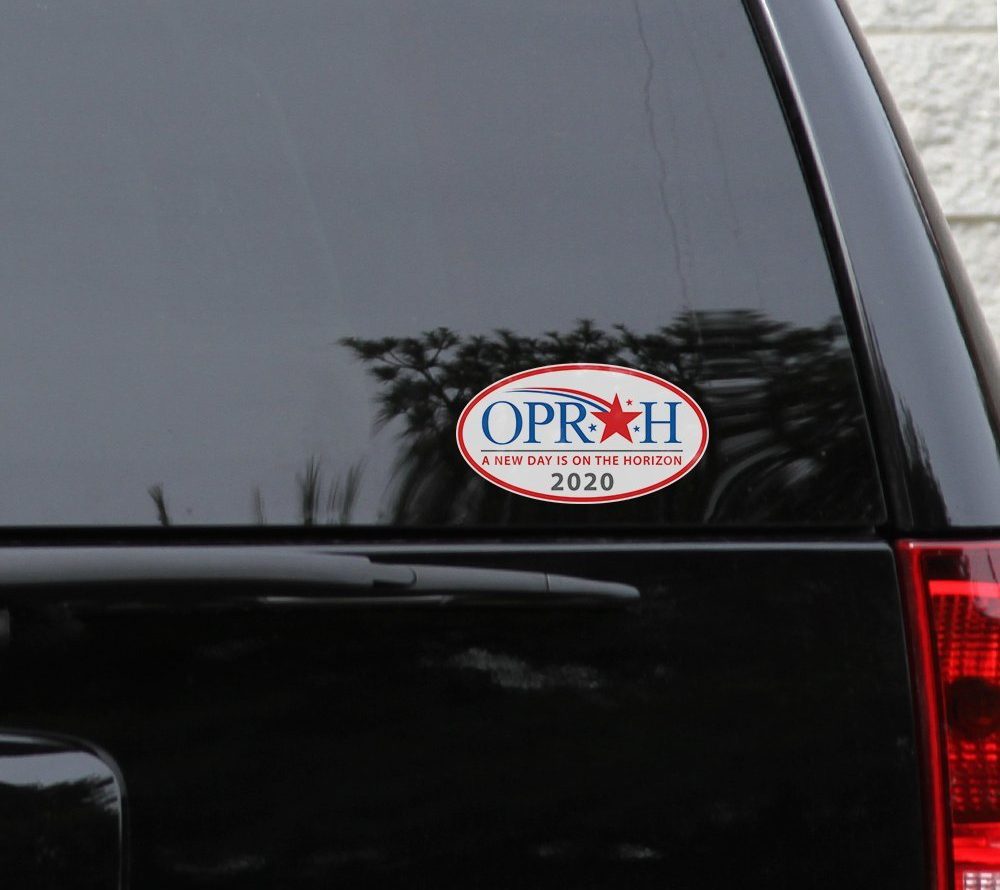 While Oprah remains mum, her best friend Gayle King did tell reporters this week that Winfrey is “intrigued” by the possibility. Ready to campaign for Oprah? Show your support by picking up one of these new Oprah 2020 items below.

“A new day is on the horizon.” That’s the slogan attached to this Oprah 2020 Bumper Sticker. The durable and weatherproof design makes it great for not only your car bumper, but also on windows, walls, laptops, skateboards, bags, luggage, the hallways of Trump Tower, etc. (Not that we’re encouraging the latter). 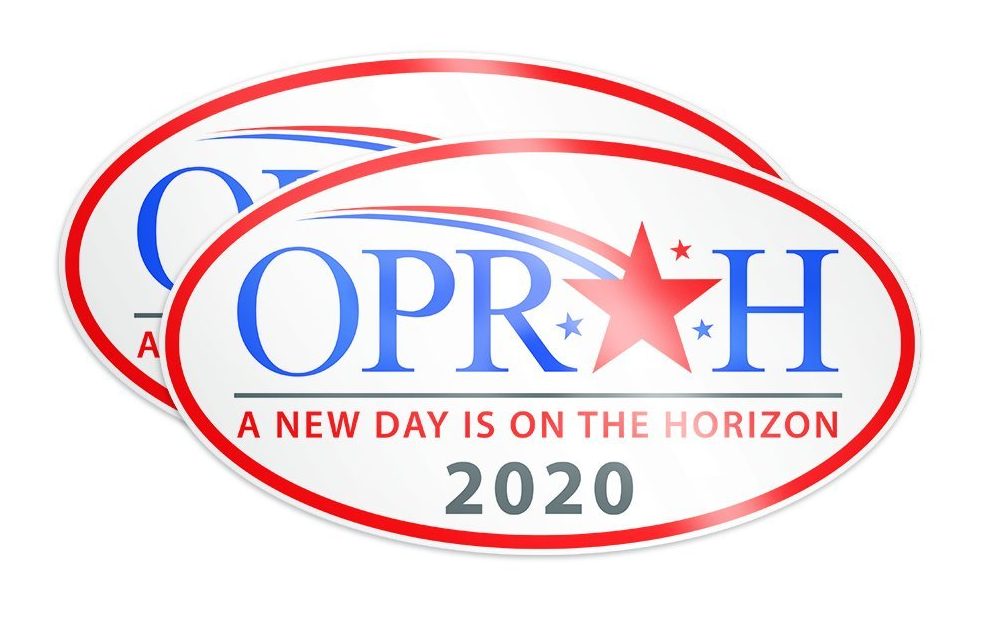 State your support loud and proud with this OPRAH 2020 T-shirt. The unisex tee is designed and printed in the USA (Oprah would appreciate that the manufacturer is creating jobs in America). The shirt is also available in multiple colors and in sizes up to 5XL, because Oprah would be the first to tell you that her supporters aren’t limited by size, race, age, gender or orientation. 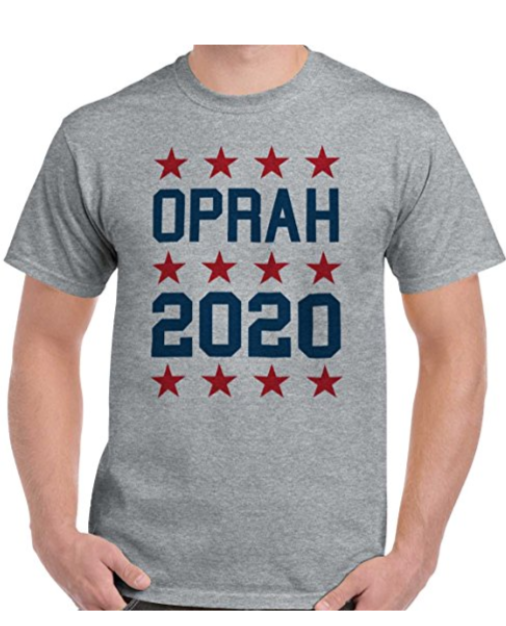 This cozy baby bodysuit keeps hope alive for an Oprah presidential run. Available in black or white and in sizes 6-18 months. 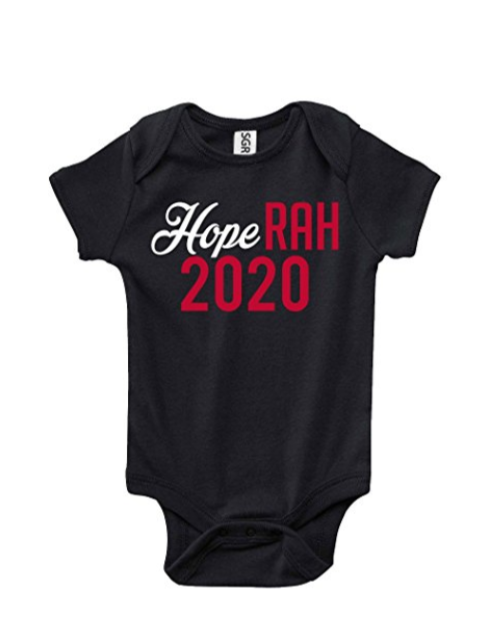 An understandably hurried take on Shepard Fairey’s iconic Obama/Hope poster, this unisex tee crowns Lady O with her word: Truth. This, after Oprah told the Golden Globes audience that, “speaking your truth is the most powerful tool we all have.” Declare your truth in premium, heavyweight cotton comfort and your choice of five colors. 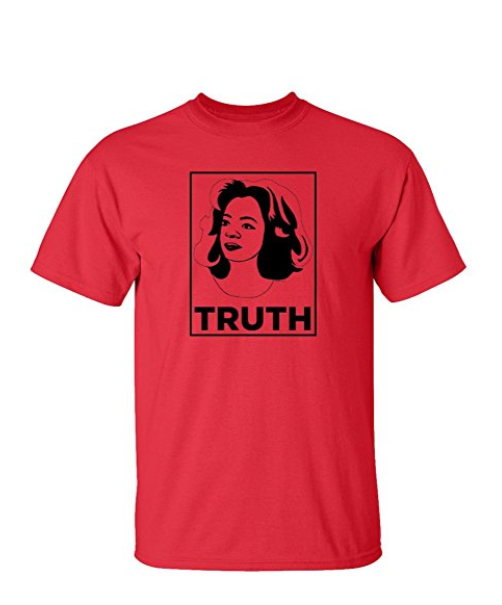 Featuring an illustration of Oprah and her signature black glasses, start every morning feeling motivated while caffeinated with this Oprah 2020 mug. The 11 oz. mug is made from the highest grade ceramic, and is dishwasher and microwave safe. 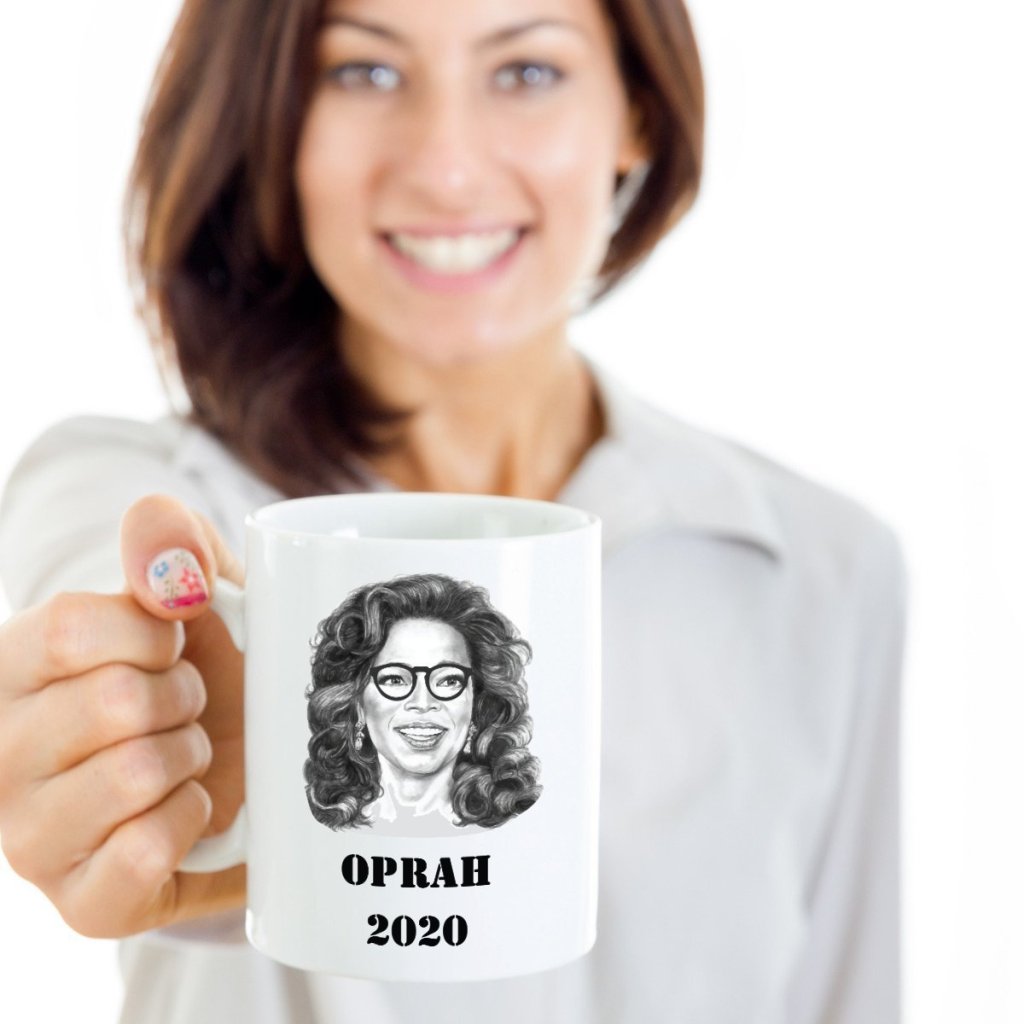 This super soft, cotton-blend hoodie features unisex sizing for men and women. A drawstring hood keeps you cozy, while a kangaroo pouch pocket gives you plenty of room to store your phone (while you’re making robocalls) or to keep your hands warm (while campaigning for Oprah). Available in a navy blue color and in sizes small to 4XL. 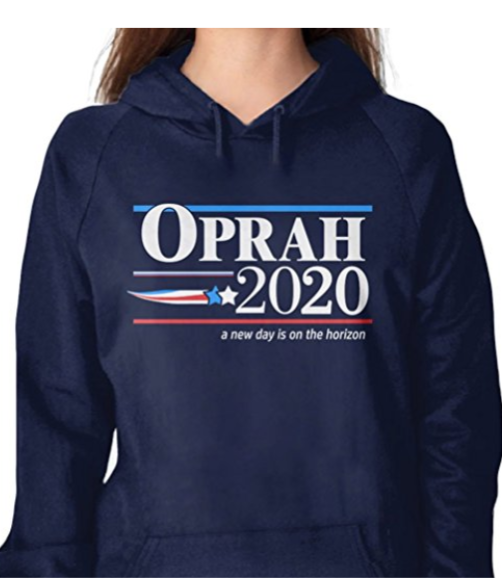 The 10 Best Products Endorsed by Oprah