* The Shape of Water was big winner at Oscars, taking home four awards
* Dunkirk dominates technical categories
* Jordan Peele wins for Get Out in politically-charged ceremony

In a ceremony marked by poignant speeches and a more serious tone than years past, it was fantasy romance film, The Shape of Water  that was the big winner at the 90th Academy Awards. Guillermo del Toro’s moving tale of a mute woman who falls in love with a sea creature, won for Best Picture, Best Director, Best Score and Best Production Design.

Coming in with three wins, was the war movie, Dunkirk , which took home all three of its trophies in the technical categories, including Best Editing.

After the controversial #OscarsSoWhite hashtag that sprung up last year, academy members feted Jordan Peele’s Get Out with the Oscar for Best Original Screenplay. Best adapted screenplay went to the indie romance, Call Me By Your Name . 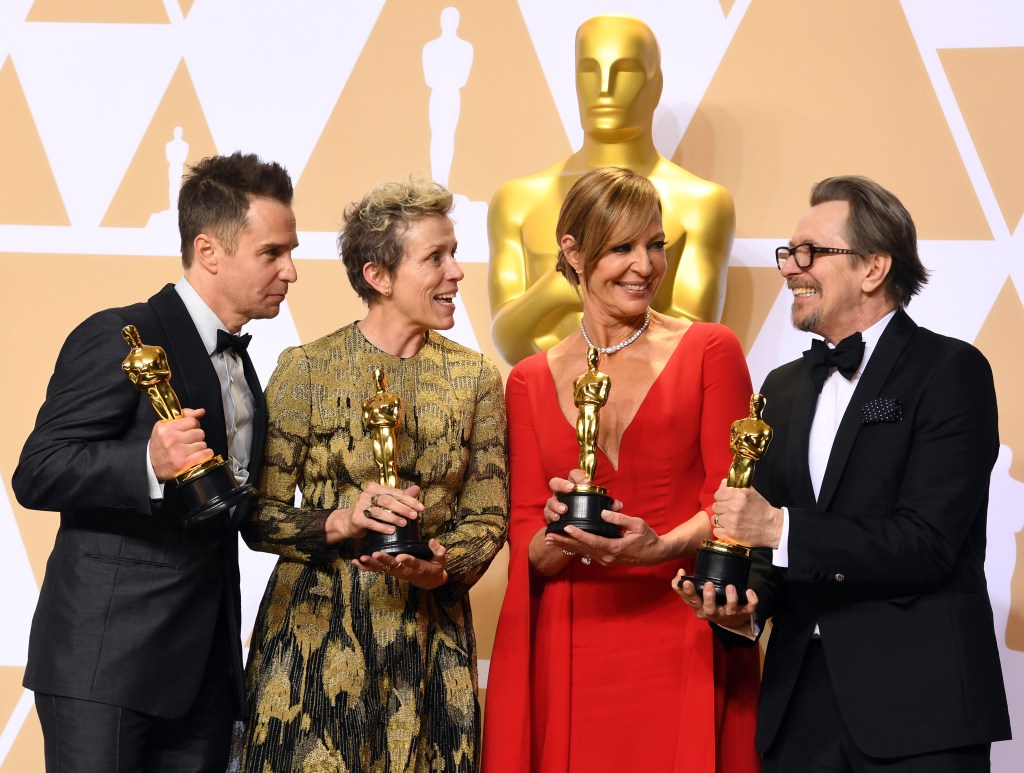 The #MeToo and #TimesUp movements were also represented at the ceremony, from presenters like Ashley Judd and Annabella Sciorra praising the growth of the movement, to Best Actress winner Frances McDormand asking for all the female nominees in the audience to rise, while calling for more female-driven projects.

As repeat host Jimmy Kimmel quipped during his monologue, the best man in the house was Oscar himself: “He keeps his hands where you can see them,” Kimmel said. “Never says a rude word. And most importantly no penis at all. He is literally a statue of limitations.”

Here is a list of the major Oscar winners from this year’s ceremony, plus handy links for you to stream the films online right now.

BEST SCREENPLAY – Get Out (stream here )

BEST ADAPTED SCREENPLAY – Call Me By Your Name (stream here )

Her Tonya: Four Fresh Takes on the Tonya Harding Story

As for music, while Keala Settle gave a rousing performance of the nominated song, “This Is Me,” from The Greatest Showman , the Oscar for Best Song went to “Remember Me” from Coco.

Stream all the Oscar-nominated songs for free with a free trial to Amazon Prime Music. Get instant access now to the songs from the ceremony plus millions of other tracks for free. Or, follow our links to stream or download each song individually, below.

Razzie Awards 2018: Here are the worst movies of the year