* The latest trend in photography: the return of instant film
* It’s easy to fall in love with taking and physically sharing pictures
* Here’s 5 great upgrades of the original Polaroid to get started

Film photography has come roaring back into style, as both amateur and professional photographers have shown a renewed interested in the vintage look and hands-on process of analog photography.

One of the most famous cameras from the heyday of film was the Polaroid, which offered the innovative ability to take a picture and have the image printed from the camera on the spot. Camera companies now offer instant digital cameras, but there’s still something special about getting an original film image.

Whether you’re a professional looking to add to your camera arsenal, or a just someone who enjoys taking pictures, an instant film camera is a fun and unique way to capture images. Here are 5 great instant film cameras with different price points, for photographers of all levels.

Lomography’s stylish and affordable Lomo’Instant Sanremo is ideal for the casual photographer who’s just looking to take some pictures at parties or walking around town. It features long exposure capabilities, a flash that can be automatically or manually activated, and a maximum aperture of f/8. 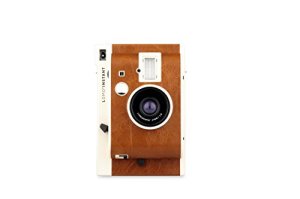 The Instax Mini 8 is Fujifilm’s take on the instant film camera, and it’s a great option for entry-level and non-photographers, thanks to its easy setup and compact design. Plus, the camera comes with a pack of film allowing for 60 shots, saving you the task of buying it separately. 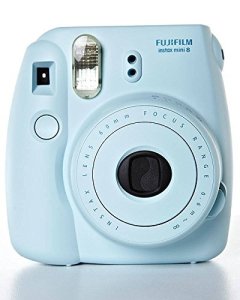 The I-1 instant film camera by Impossible is a clear step up from the basic models. Along with offering the classic features of an old school Polaroid, this camera incorporates useful modern features such as remote triggering and a self timer set-up from your smartphone. 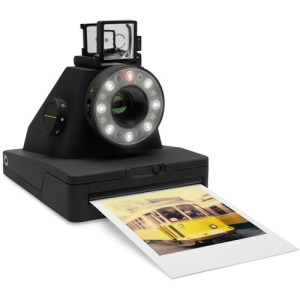 We like Leica’s Sofort because it’s portable, sleek, and powerful. It features a 60mm lens, a built-in flash, a mechanical shutter, and multiple automatic modes. Also, it looks great in all three vintage-inspired colors (shown in mint below). 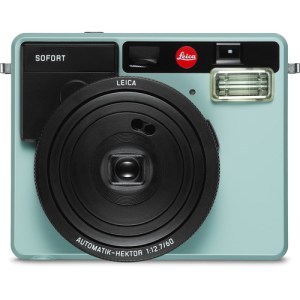 The king of modern instant film cameras is the MiNT SLR670-S. It’s definitely pricey, but with a built-in Time Machine module, incredible low light capabilities, and a 116mm focal length, you get what you pay for. If you’re serious about great instant film photography, this is the best option. 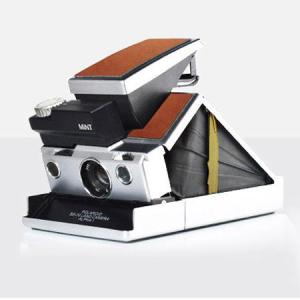