Is it time for a new TV. With movie theaters still closed in many parts of the country — not to mention bars, restaurants and concert venues — we’re spending a lot more time on the couch watching TV. Fortunately, January and February are actually the best months to buy a new TV since retailers like Walmart, Best Buy and Amazon need to make room for incoming 2021 models. Top TV brands like Sony, Samsung, LG and Vizio all release new models around the beginning of Q2, and 2020 TV models are often on sale around this time of year. The best Presidents’ Day TV deals include major savings on these brands, as well as budget models priced under $500.

Here at SPY, we spend a lot of time looking for the best TV deals. In fact, we’re pretty much obsessed with TVs in general:

You can score some of the best Presidents’ Day TV deals this year primarily through Walmart and Best Buy. Amazon also has some deals sprinkled throughout, but not nearly as robust as the other two major retailers.

For Presidents’ Day 2021, we’ve seen $500 savings on OLED TVs and even 70-inch TVs selling foor under $500. These Presidents’ Day sales are no joke, so it’s time to strike while the iron is hot and get a new TV this February.

Here are the best Presidents’ Day TV sales we’ve seen so far. Please note that these deals are subject to change; we’ll try to update this post with the latest sales.

One of the most awesome Presidents’ Day TV deals comes in hot from Best Buy, where you can take $500 off this Vizio 65-inch OLED TV. The best OLED TVs display unbelievable contrast that makes the picture pop off the screen. To sweeten the deal, Vizio offers stream casting to quickly display your phone’s content on your TV. It’s not often you see price drops like this on new OLED TVs, and this sale puts other President’s Day TV deals to shame. 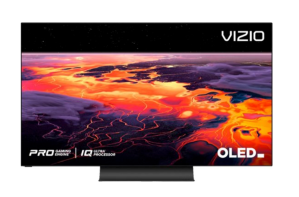 Anytime you can score a deal on an OLED TV, you should jump on it. Thanks to Best Buy, you can score an LG 65-inch OLED with Dolby IQ, 120Hz refresh rate and contrast that is second to none. Top it off with LG webOS for all of your content needs and we’re talking about the chance to score $200 off one of the best TVs available right now. That’s not an exaggeration, as we’ve consistently rated the LG CX Series OLED TV one of the best TVs in the world.

Currently, Walmart, Amazon, Target and other top retailers are selling this model for at least $2,199, so head to Best Buy to get the best possible deal. 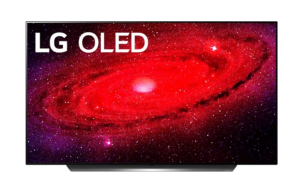 Looking for deals on Samsung QLED TVs? Then you’re in luck, because Best Buy and Amazon also have deals on Samsung’s in-demand Q70T, which is just a step below the picture quality of an OLED. Thankfully, Samsung Quantum Dot technology creates fantastic picture quality. Pair that with the speedy 4K processor and 240Hz refresh rate and this becomes an elite TV, especially when it comes to watching live sports or gaming. See, you don’t need to take out a second mortgage to buy a great TV. Especially when you’re saving $100 on one of the best Samsung TVs. 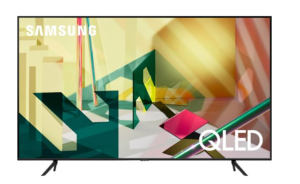 Miss going to see movies in the theater? Us, too. But with $200 off, you can bring the home theater experience into your home. This 85-inch TV is not only enormous but also sports the Android TV platform for intuitive content navigation and streaming. Go big and bring it home with this President’s Day TV deal. 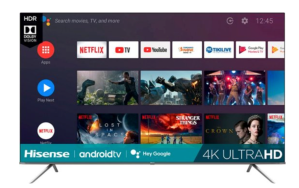 Android TVs are awesome, and thanks to the best President’s Day TV deals you can save nearly 50% on this already affordable flat-screen TV. They provide some of the best and easiest content navigation and overall user experience when it comes to a content platform. Plus, the 4K resolution and inclusion of Google Assistant makes this TV all the more enticing. Skim $230 off and now you got yourself a steal of a deal. 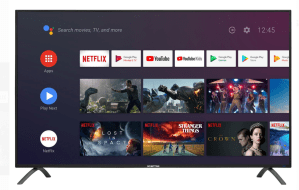 Not everybody needs a giant TV. Sometimes all you need is a smaller 43-inch TV for your home gym or office. If you can score one on a deal, you can get an awesome TV, like this TCL 43-inch 4K TV at a great price. It’s no secret that the Roku interface is one of the easiest and most convenient platforms around. And you can’t argue with 4K quality. Hop on this deal before the price of this TV jumps back up. 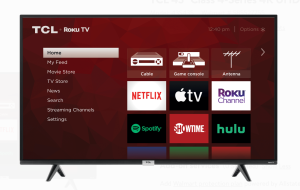 Vizios are great TVs that are set at favorable consumer prices. Especially when you consider you get 4K resolution and built-in casting capabilities. This 55-inch MQ6 Vizio is currently $100 off the retail price at Walmart making it an even more affordable endeavor. Don’t sleep on Vizio TVs, or this deal. 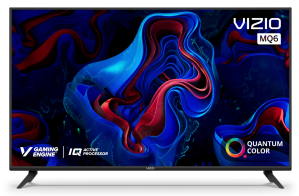 The price is not a typo — this is a 70-inch 4K TV for under $500. We couldn’t just ignore that. And neither should you! If you aren’t familiar with onn., it’s Walmart’s in-house technology brand, similar to AmazonBasics. We know this technically doesn’t count as a “deal,” but a TV that big with a Roku interface, 4K and HDR — we’d be remiss to not include this giant TV, and you’ll be bummed if you miss out on this offer. 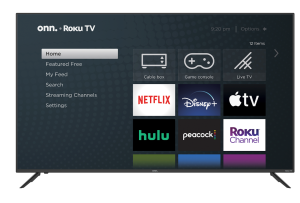 Remember when 32-Inch 1080p TVs cost upward of $500? Well, now you score a great 65-inch TV for under $500, and this 32-inch TCL model for under $200. If you’re really on a budget, or you’re just looking for a small TV for your cramped apartment or gym, this older TCL can fill that need. It’s only 1080p, but it does have the Roku interface built-in for a convenient content streaming experience. Now it’s $22 off on Amazon for an even better deal. 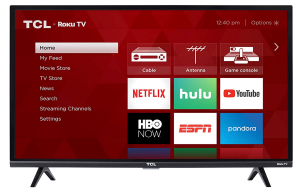 You can almost always find good deals on cheap smart TVs at Amazon, and right now you can save 23% on this Insignia 55-inch TV. If you need a low-cost replacement for your existing TV, this is one of the best President’s Day TV deals for budget shoppers. Like the best smart TVs, this Insignia makes it easy to start streaming your favorite TV shows and movies via apps like Netflix and Disney+ thanks to built-in Fire TV. That also means you can control this TV with Alexa voice commands. Not a bad deal for a TV that costs under $350. 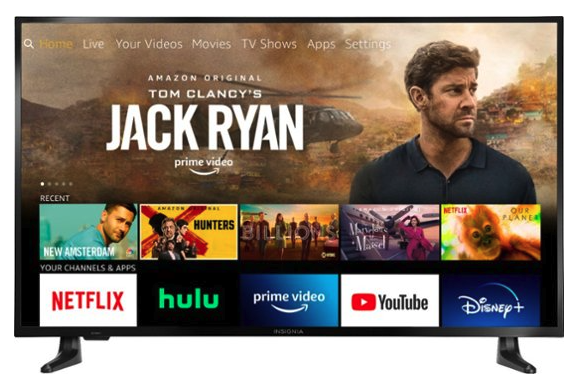