Editor’s note: This article was originally produced for Amazon’s Prime Day event, held between July 12-13. That sales event has ended, but a handful of the top Prime Day OLED TV deals are still available. This article was last updated on Friday, July 15 to reflect the latest and most up-to-date pricing.

Prime Day 2022 is here! The big annual event started yesterday and runs through July 13, and there’s no better time to nab unbeatable savings on today’s leading consumer tech, with everything from smart speakers to tablets and TVs receiving major markdowns. As in years past, Prime Day OLED TV deals are the perfect opportunity for smart shoppers to finally get the TV of their dreams.

Prime Day really is the best time to get your hands on top-rated OLED TVs. Famed for its incredible contrast and colors delivered via self-illuminating pixels, as opposed to traditional LED backlighting, OLED TVs were very expensive, but the sticker shock is gradually being eliminated as more and more TV brands add the display type to their lineups.

And now that Prime Day 2022 is officially underway, major competitors like Walmart and Best Buy are also offering some jaw-dropping deals on some of today’s most popular OLED sets. In fact, we’ve rounded up all of the best Prime Day OLED TV deals in our guide to the top Prime Day TV deals, and you can find the best of the best below.

Samsung’s finally in the OLED category with the incredible S95B OLED TV series. New for 2022, Samsung’s first OLED TV is still on sale, with the 55- and 65-inch models already getting the treatment. With Quantum HDR, you’ll see a boost in contrast, colors, and brightness to ensure whatever you’re watching is going to have the absolute best results. It’s also designed with a slim chassis that takes up minimal space. Even more notable is the fact that it comes with one of the coolest gadgets we saw during CES 2022 earlier this year, the SolarCell Remote, which can recharge itself with nothing more than sun power.

Post-Prime Day, it’s impossible to find many deals on Sony’s premium OLED TVs, but Samsung and LG models are still discounted for the time being. Still, our top recommendation would be this new Samsung model, as it’s brand new and packed with smart features you’ll love. 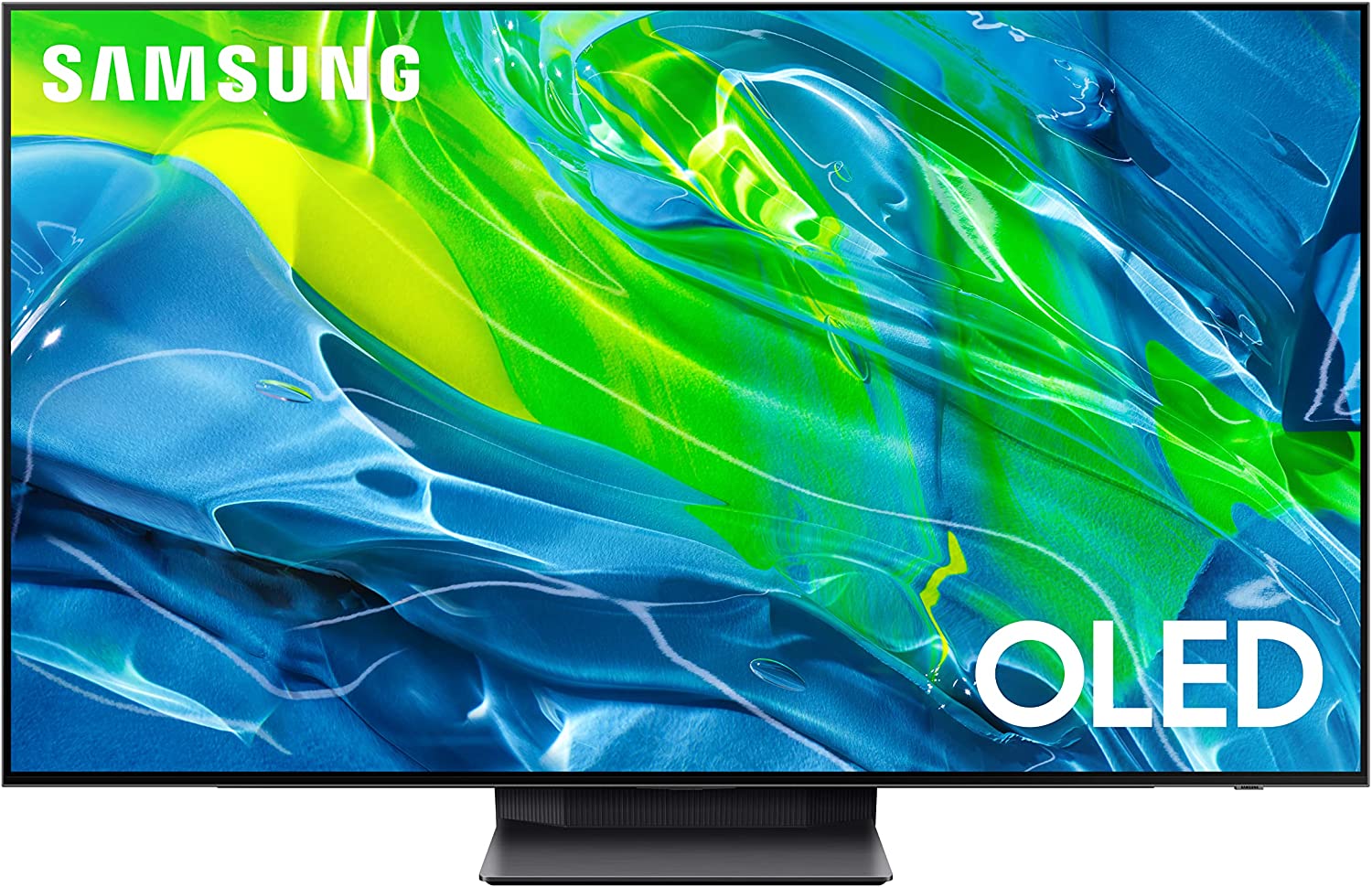 The LG C1 series wasn’t just the best OLED TV of 2021, but the best TV of 2021, full stop. Even now, it remains one of the best TVs in our humble opinion. Not to mention that Prime Day 2022 is being very kind to this award-winning OLED set, particularly for the 65-inch size. Where you would normally be dropping around $2,500 for the C1, current markdowns have this OLED at around $1,697 — that’s $803 in savings.

There are a few key differences compared to the A1 series. Most notably, the C1 delivers a 120Hz refresh rate while the A1 only manages 60Hz. This is an important picture spec for sports fans, film buffs and gamers, where the doubled refresh metric helps to smooth out motion blur and other lag-based artifacts to give you the sharpest picture possible, regardless of the onscreen action.

The C1 also gets a boost in processing power, utilizing LG’s a9 Gen 4 AI chip, as opposed to the a7 of the A1 series. This means the C1 is capable of better image correction and 4K upscaling. While the 83-inch version of the C1 is also marked down, the $1,697 65-inch price is a major Prime Day deal you don’t want to miss. 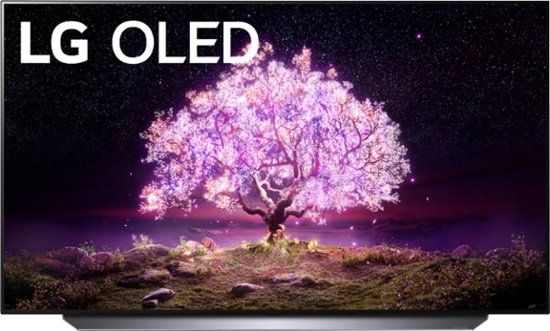 There are a lot of LG OLED TVs on sale right now, but mostly models like the LG C1 that were originally released in 2021. However, Sony’s A80K Bravia XR OLED TV is a popular new release in 2022, and it’s marked down by $300 as part of a limited-time deal on Amazon.

All of Sony’s Bravia OLED TVs are impressive, and this TV has every smart feature you could dream of as well as Sony’s latest display technology and image processing. If you prefer Sony TVs over Samsung, then you’ll want to invest in the A80K Series. This smart TV has the incredible contrast and colors that you can only get with an OLED TV. In addition, it’s also one of the best OLED TVs for gamers specifically with fast refresh rates and great sound. 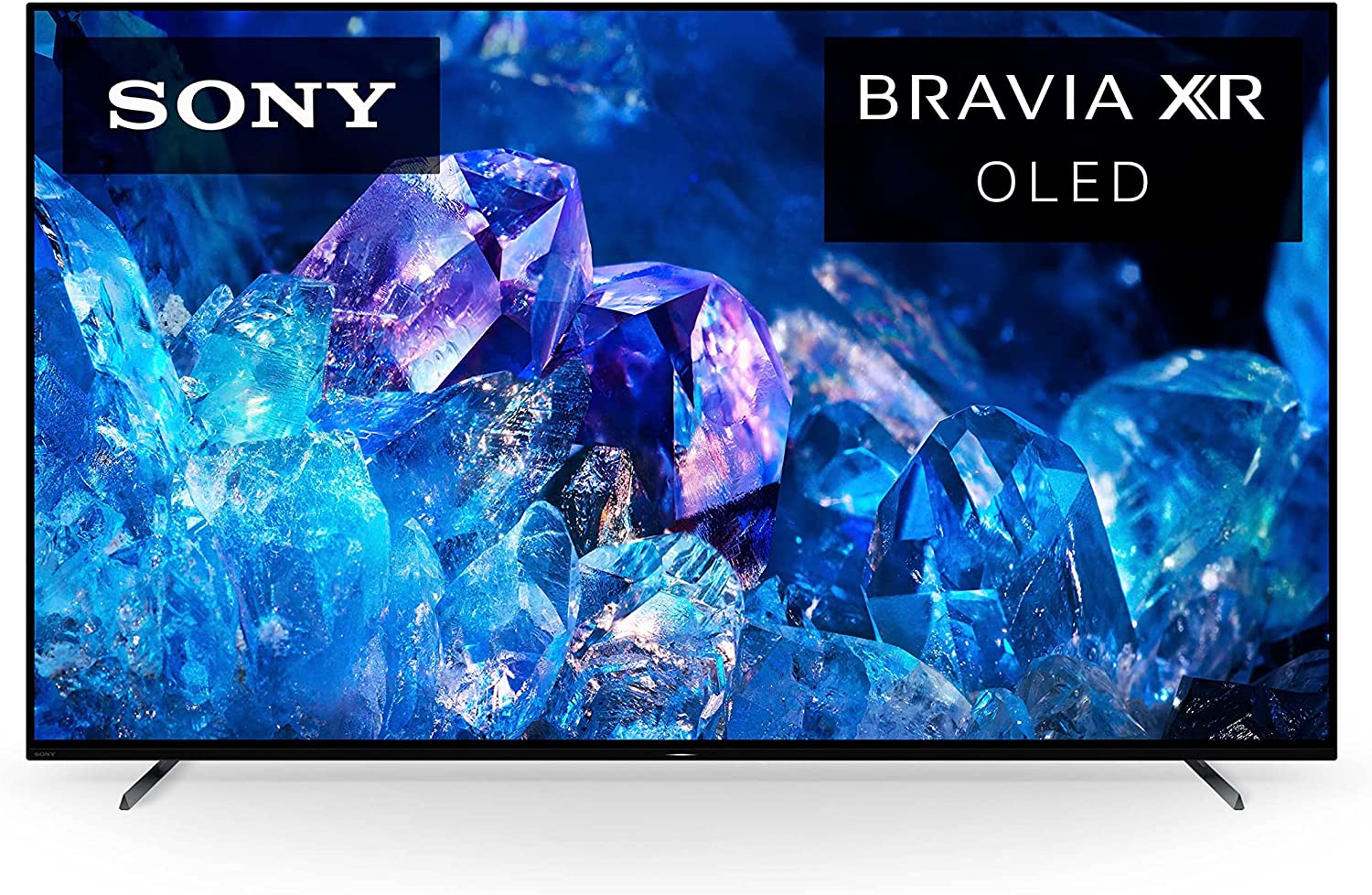 The A1 series is LG’s 2021 entry-level OLED, but don’t let the “entry” descriptor deter you from investing in this model. For starters, let’s take a look at the savings you’ll net. Thanks to Prime Day, the 55-inch A1 is only $947, compared to its typical retail price of $1,300. Considering that only a few years ago OLED TVs couldn’t be found for under $1,000, the A1’s markdown is a pretty big deal.

And in terms of picture tech, there’s plenty to love here. Eight million self-emitting pixels deliver rich colors and contrast to the A1’s display, creating a phenomenally lifelike image that is only further buttressed by the TV’s a7 Gen 4 AI processor. The latter automatically adjusts picture and sound details on the fly to deliver the sharpest image possible, with 4K upscaling kicking in when and where applicable. The A1 series also features LG’s incredible WebOS platform for all things streaming, as well as built-in support for both Alexa and Google Assistant. While you’re only getting 4K/60Hz with the A1, there’s no beating that rock-bottom $947 price.

Now that Prime Day is over, select sizes of the A1 Series are no longer available on sale, but the 55-inch version pictured below is still marked down to under $1,000. 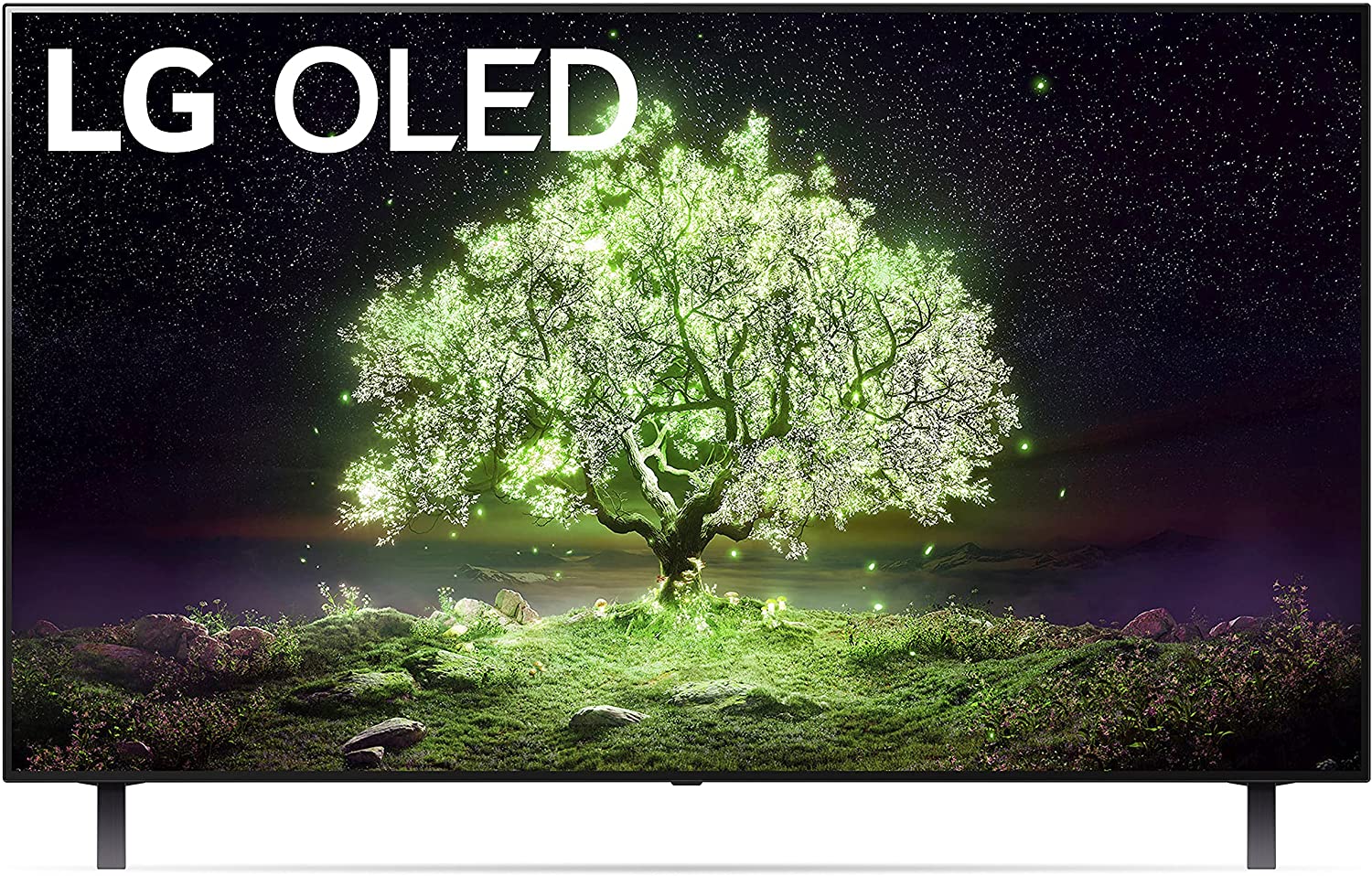 One of the biggest OLED TV deals to drop during Prime Day is still available, and this is your chance to get a gorgeous OLED TV for under $1,000. The amazing B1 Series model from LG is still marked down for a little while longer. The Gen 4 AI Processor generates a breathtaking 4K picture with over 8 million pixels. It has Google Assistant and Alexa built in, and the home cinema experience truly comes alive with Cinema HDR, Dolby Vision IQ and Dolby Atmos, and it is one of the best gaming TVs on the market right now. To see this set at $800 off is stunning. 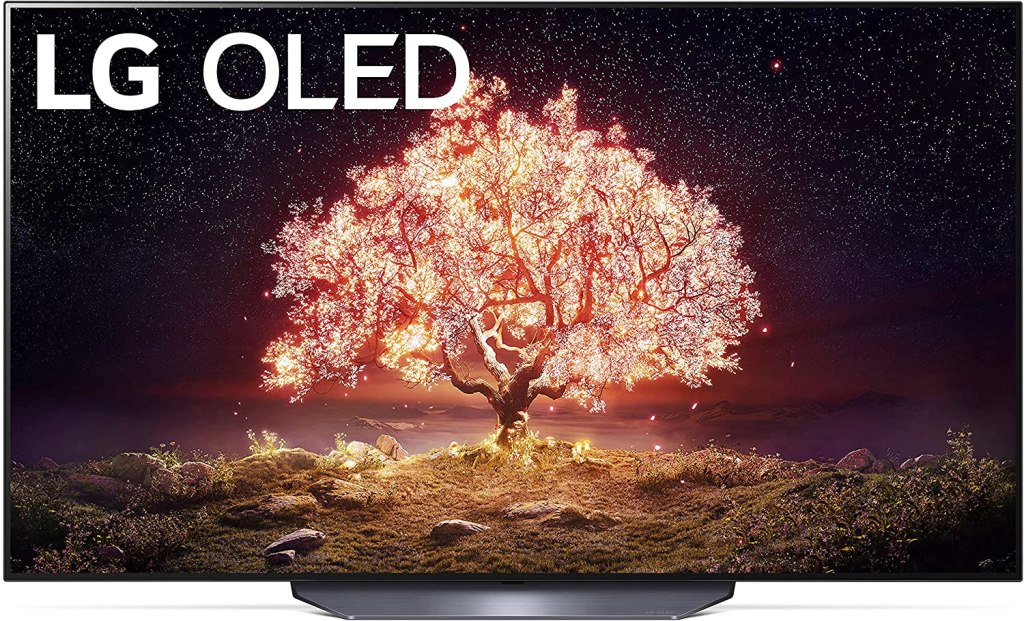 Featuring the LG OLED evo panel, this state-of-the-art screen delivers more brightness than we’ve ever before seen on a TV, while still nailing that infinite contrast we expect from an OLED. Plus, with LG’s Brightness Booster, those highlights receive another 20% kick in performance.

With its a9 Gen 5 AI processor giving you crisp, clear details and 4K upscaling, the C2 is readymade to tackle Dolby Vision HDR10 and HLG picture codecs, and is geared up for all your movie and gaming needs thanks to the native 120Hz refresh rate. There’s also NVIDIA G-Sync and FreeSync Premium for hardcore gamers, and four future-proofed HDMI 2.1 inputs for everything next-gen. 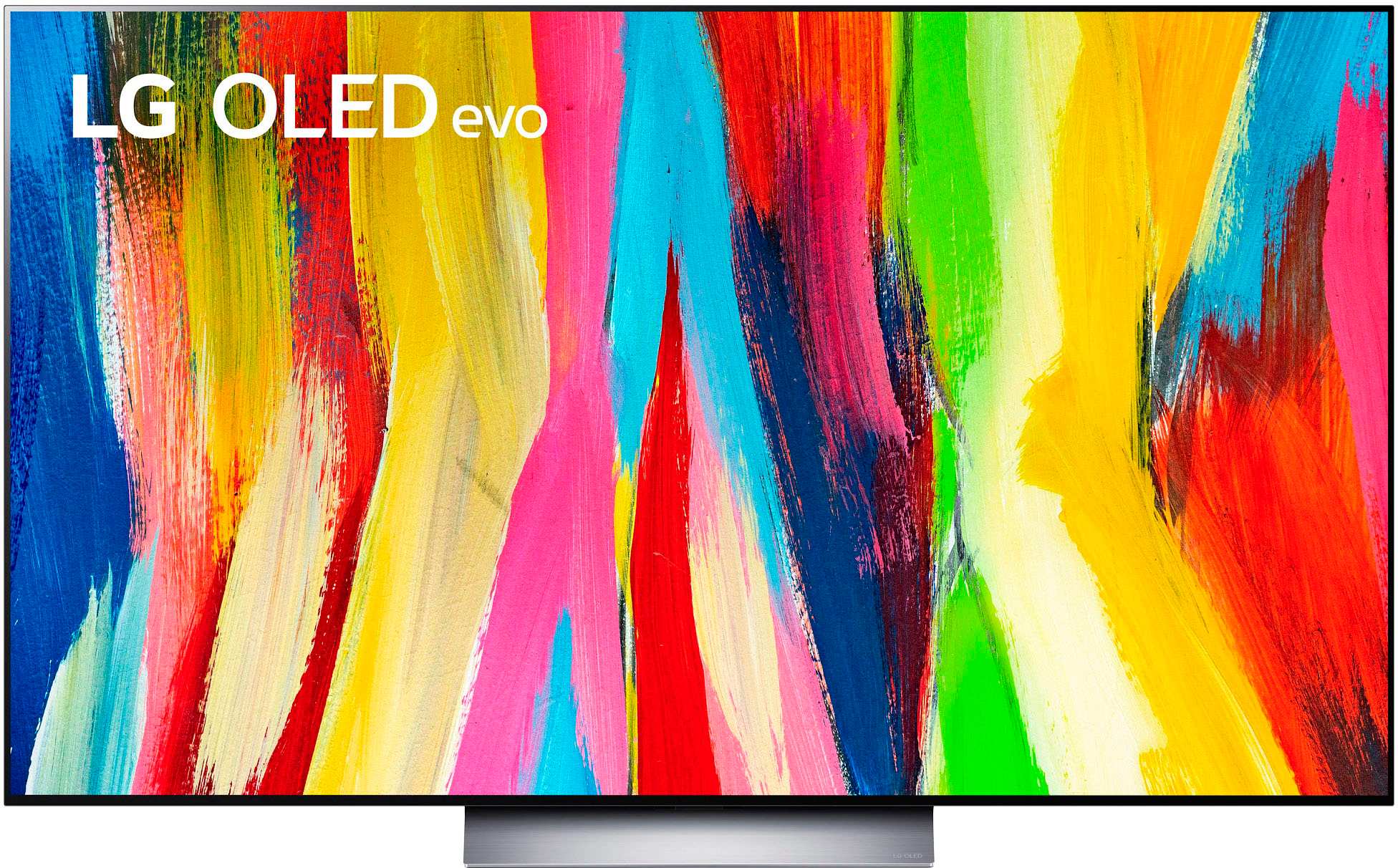 You may be wondering why LG is getting so much attention in this Prime Day 2022 OLED deals roundup. That’s because the brand helped to successfully land the consumer OLED on digital and brick-and-mortar shelves. On top of being the leading producer of OLED TVs, LG Display also sells its panels to brands like Sony, Hisense, TCL and Vizio.

The big difference between models is that the G2 gets even brighter than the C2, is designed to be shown off as a wall-mounted TV (the Gallery moniker is so named for the G2’s super-slim profile) and touts an audio system that pumps out a few more decibels than the C2 can.

All of this and more is yours with the LG 65-inch G2 Gallery Edition. Just keep in mind that if you’re planning to place the G2 on a stand, you’ll need to purchase a $150 stand separately, as the TV only ships with a wall mount. 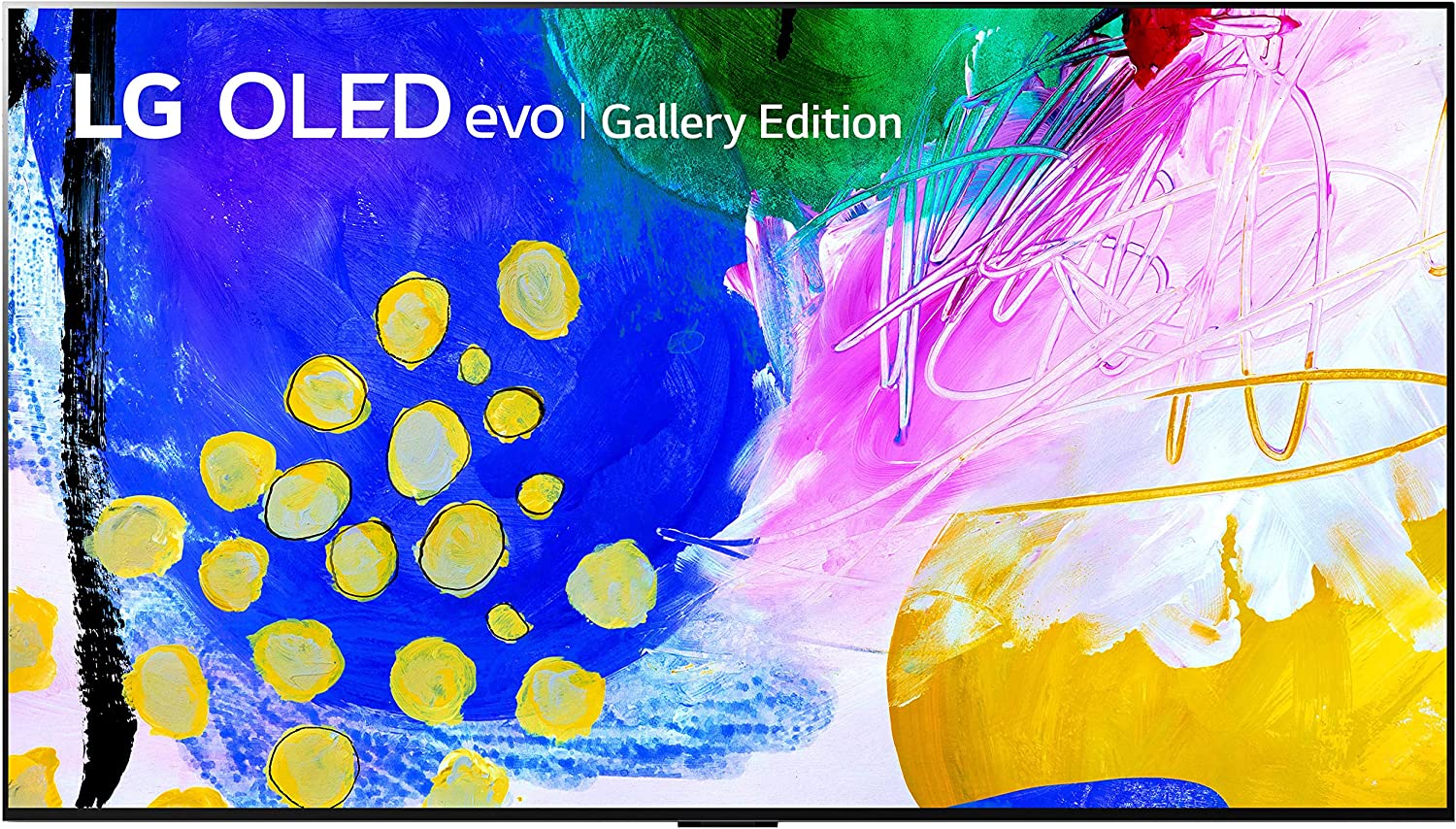 It’s going back a couple of generations, but you also need to know about the LG OLED G1 Series, which is being treated to a generous discount right now for Prime Day. You’ll have a couple of options to choose, but the G1 Series can still turn heads with the vibrant colors its OLED panel is capable of producing. In addition to Alexa and Google Assistant integration, this webOS powered smart TV offers simple voice commands by simply saying “Hi LG.” 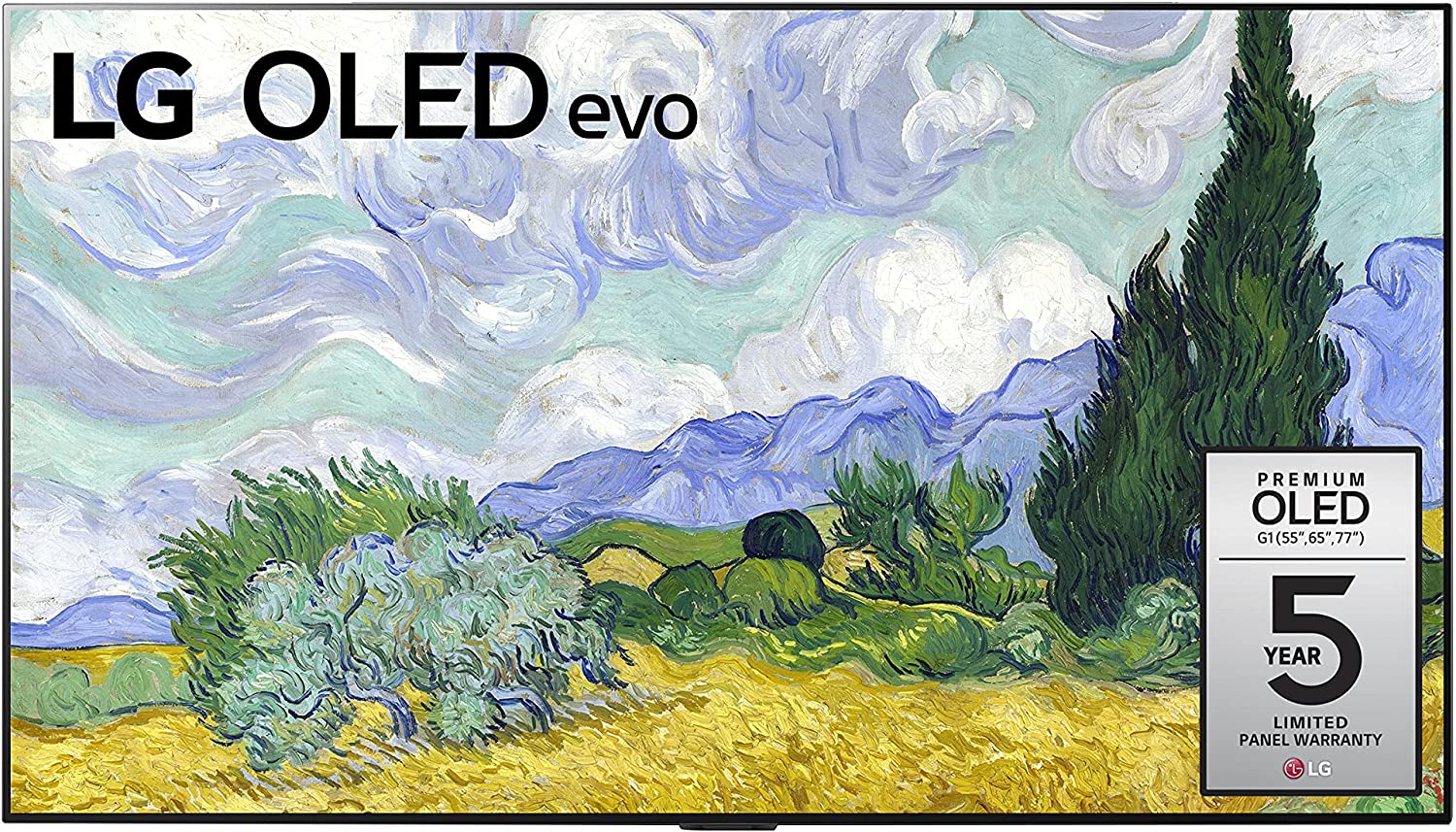 Amazon isn’t offering specific Prime Day OLED TV deals. Instead, you can expect several of today’s leading TV brands to be offering markdowns on some of their most popular OLED models in the days and weeks leading up to Prime Day.

And these deals aren’t specifically targeted to OLEDs only. To get an idea of what markdowns have looked like in the past, here are some of the best deals you could grab on TVs during the 2021 sales event.

But if it’s OLED-or-die for you, SPY scoured the web and store shelves for some of the best pre-Prime Day 2022 markdowns on OLED TVs. Here are the six best deals we found.

Editor’s note: This article was last updated on July 12, 2022, to reflect the latest price changes.

Should You Wait to Buy a TV Until Amazon Prime Day?

Not necessarily. While many brands will receive some major markdowns for the annual Amazon sales event, there are deals already available in the days and weeks leading up to Prime Day 2022, both from Amazon and its competitors. In addition to this roundup, you can find even more deals by searching for OLEDs on Amazon’s site, as well as Walmart and Best Buy.