* Many people suffer from a fear of public speaking
* These books offer advice on how to give an effective speech, and hold audience attention
* They’re essential reads if you’re looking to take your next speaking engagement to a new level

Glossophobia is a fear of public speaking, also known as speech anxiety. It is also the most common phobia in America, taking up a 19% majority of phobias, and affecting three out of four people to some degree. In fact, the runner-up fear, accounting for only 16%, is fear of death or end of life. It’s clear that this is a wide-spread issue, and many people argue it stems from a broader fear of socializing, or social phobia.

Whether you suffer from it severely, or you’re simply looking for some expert advice before tackling your next big presentation, wedding toast or graduation speech, these five books cover the gamut of public speaking, from killer opening lines to tips to win over any audience.

1. Talk Like TED: The 9 Public-Speaking Secrets of the World’s Top Minds

TED talks have become an integral part of modern culture, taking place all over the world, with topics varying from ALS to gun control, and their recordings being played in schools, offices and your car speakers. While TED counts everyone from Mark Ronson to Sir Ken Robinson among its speakers, there are common tips and tricks that you can employ in your everyday life. Carmine Gallo outlines nine helpful public speaking tips he’s absorbed not only from TED talks, but from his years spent as a news anchor and key note speaker. 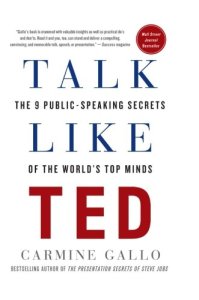 Talk Like TED: The 9 Public-Speaking Secrets of the World's Top Minds

2. How to Develop Self-Confidence and Influence People by Public Speaking

Dale Carnegie, author of ground-breaking bestseller “How to Win Friends and Influence People,” turns his self-help talent towards public speaking. He takes it back to basics, laying the essential groundwork for a truly great public speech, including poise, opening lines and making effective arguments. 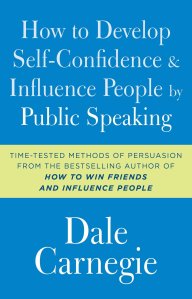 How to Develop Self-Confidence and Influence People by Public Speaking

Often times, the greatest obstacle standing between you and your great public speech is that initial fear of getting up in front of all those people. Patrick King recognizes the difference between a truly great speech and one that’s instantly forgettable, and has populated his book with practical advice that will help you win over even the most hostile of environments. Filled with observations taken from everyone from stand-up comedians to Freddie Mercury, this book will give you the confidence to tackle any crowd. 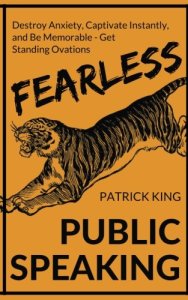 4. “Present” Yourself In Public Speaking: Tell Your Inner Critic to SHUT UP! And the Real You to SPEAK UP!

Mary Cheyne, who took home the 2nd Place Prize in the 2009 World Championship for Public Speaking, peels back the curtain and takes a look into the psychology of public speaking. She takes a deeper look at the root causes of fear of public speaking, and what we can do to stop those thoughts of self-doubt before they take over. 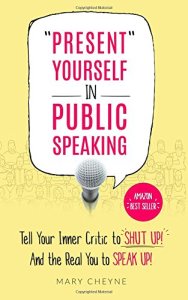 "Present" Yourself In Public Speaking: Tell Your Inner Critic to SHUT UP! And the Real You to SPEAK UP!

5. Public Speaking Magic: Success and Confidence in the First 20 Seconds

First impressions are crucial, and that tenet extends to public speaking as well. Mark Davis and Tom “Big Al” Schreiter, two internationally recognized public speakers and workshop leaders, focus on those first twenty seconds, and what it takes to win over a crowd in that allotted time. Setting aside tricks and gimmicks, they give you three effective opening options to choose from, and advice on how to employ them effectively. 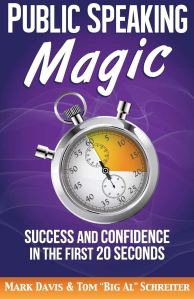 Public Speaking Magic: Success and Confidence in the First 20 Seconds

The Ultimate SPY Guide to Self Help Books