Before Simone Biles and the “Fierce Five,” there was Carson Kressley and the “Fab Five.” Now, the show that made them a hit is coming back.

Per Netflix, the revival will move far beyond the confines of New York City to “turn red states pink…one makeover at a time,” and promises some tough missions for the not-yet-cast new Fab Five. Scout Productions’ David Collins, creator and executive producer of “Queer Eye,” along with executive producing partners Michael Williams and Rob Eric, are once again at the helm, in association with ITV Entertainment. David Eilenberg will executive produce for ITV Entertainment. 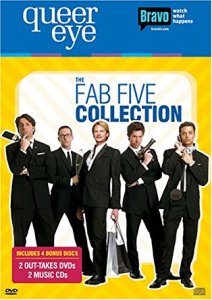 “Queer Eye” was an instant hit when it premiered in 2003 on Bravo, running for five seasons and spawning international versions in countries like Australia, Chile, and Sweden, and snagging itself an Emmy for outstanding reality series in 2004. The show followed the making-over of a straight man by the gay Fab Five, who each had their own area of expertise: food and wine (Allen), grooming (Douglas), interior design (Filicia), fashion (Kressley), and pop culture/relationships/social interaction (Rodriguez).

Catch up with the guys and re-live their favorite moments (and see outtakes) from the original show. This DVD set is now specially priced to buy and/or gift to a friend. 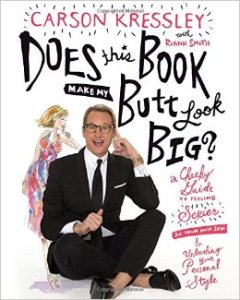 Fashion guru and Queer Eye-alum Carson Kressley’s latest book is all about channeling a confident personal style. The full title of the book: “Does This Book Make My Butt Look Big? A Cheeky Guide to Feeling Sexier in Your Own Skin & Unleashing Your Personal Style.” Pick up a copy to celebrate Carson’s words of wisdom in all their glamorous glory.