Whether walking through the exhibits at any normal year’s Consumer Electronics Show or up and down the aisles of your local brick and mortar electronics store, you’ll find a staggering amount of portable Bluetooth speakers. There are a seemingly endless variety of sizes, materials, colors, shapes and designs. Their manufacturers must struggle with ways to distinguish their products from their rivals.

In the case of the JBL Charge 4, its designers chose to go the route of additional features — making sure this portable Bluetooth speaker had a little bit of Swiss army knife to it. It’ll connect wirelessly to more than one Bluetooth device at once. It’ll then link up to other models of JBL audio devices. It’s shock-resistant and waterproof. Its onboard battery and USB port will charge the very smartphones and tablets it links to for music playback. Best of all? All of that fits in a gadget about the size of a thermos. 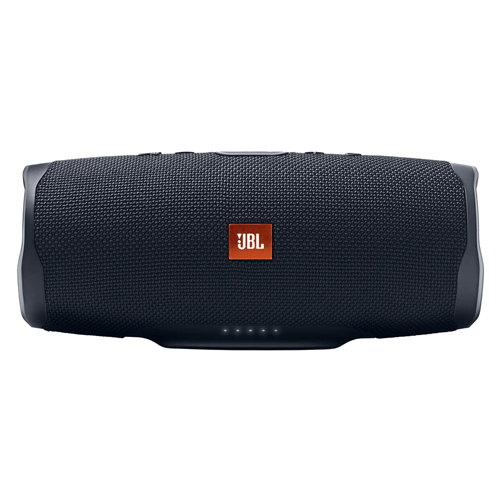 The essential elements in play here are the audio components. The JBL Charge 4 packs the company’s proprietary audio driver and two bass radiators to try and push as much sound as possible from the small unit. With those components onboard, the JBL Charge 4 has a frequency response of 60Hz–20kHz.

What We Liked About the JBL Charge 4

The JBL Charge 4’s size and build quality make it feel like a tiny, armored, musical tank. That’s a good thing as the entire point of a device like a small Bluetooth speaker is portability. It’s meant to go with you to work, to the park, to the beach or on the boat. Those looking to venture to the last two destinations will be happy to hear the JBL Charge 4 is also waterproof.

Best Feature: The Onboard Battery

In addition to playing music off of two smartphones or tablets, the JBL Charge 4 carries a 3.6-volt onboard battery with an outgoing USB charge port that will connect physically to any smartphone or tablet as a portable charging unit. Of course, that battery is also the power source for the music playback — so there’s a balance to be struck. If used just as an audio device, the JBL Charge 4 will play for up to 20 hours. If only charging other USB devices, the battery should hold for four hours. If doing double duty as a speaker and a backup battery, your results will vary. 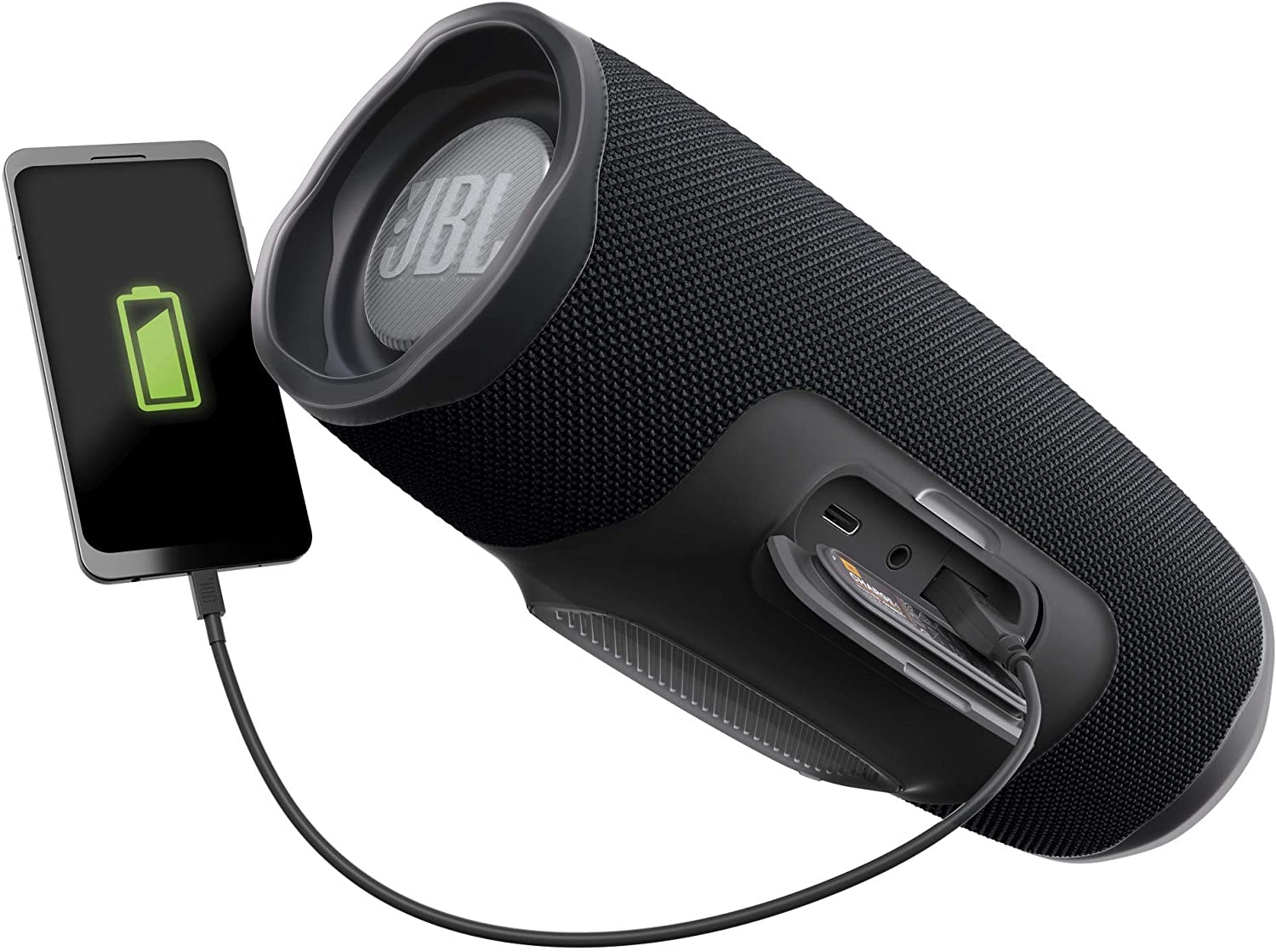 The sound is generally strong from the JBL Charge 4, but it does sound a little muddy for music that relies on high-end or tweeter sounds. Like many small, portable Bluetooth speakers, the device’s engineering relies on heavily emphasizing bass with a small, but efficient subwoofer. As a result, the JBL Charge 4 will thump away nicely with party music, while lacking some of the subtlety to playback more melodious tunes at higher volume levels.

Still, it’s a waterproof, portable speaker designed for outdoor use. It needs to be loud enough, not overly refined.

The Verdict: It’ll Do Multiple Jobs — on a Budget.

Selling for about $130, the JBL Charge 4 portable Bluetooth speaker does everything it claims to do. It plays music off multiple wireless devices. It can charge those same devices to give them extra life. It’s small and light enough to travel, while also waterproof and tough enough to handle a tumble here and there. Its sound quality isn’t the most sophisticated you’ll find from a device of its size, but its audio ability is perfectly adequate for a gadget that’s meant to provide music on the run. 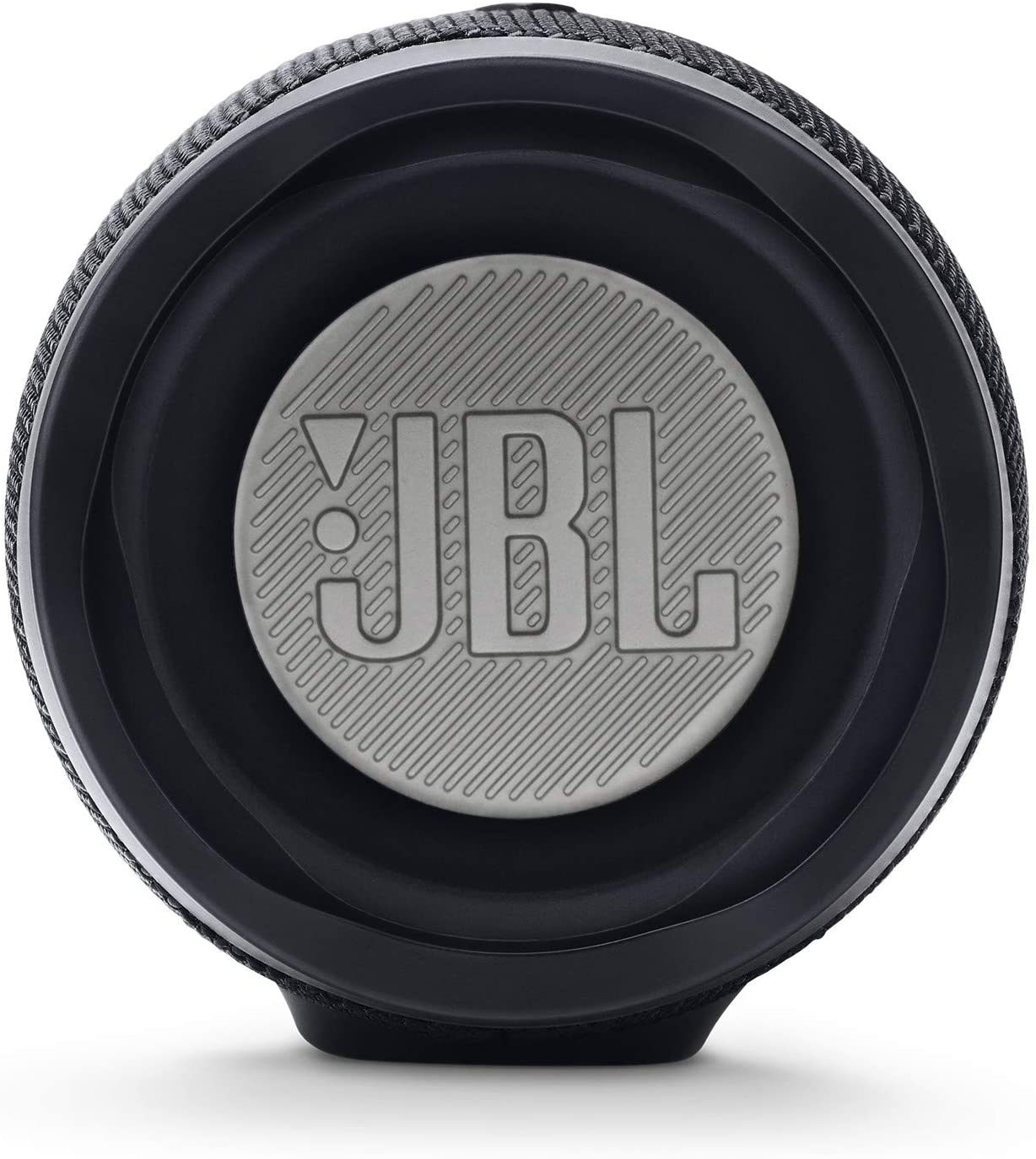