Like a lot of people, we’re spending a lot more time indoors, and we’ve naturally spent more time watching content. Whether it’s streaming TV, the return of sports or even throwing on an old DVD, watching content from home is undoubtedly one of the safest activities of 2020. But for those of us who miss going to the actual movies, there’s still something lacking in our home theater experience. And, more often than not, the missing link comes down to your sound setup. Of course, investing in a surround sound system can be quite pricey, which is why so many people are instead opting for soundbars. However, with the right products, you can enjoy the best of both worlds.

As it turns out, Sony has a solution in its new HT-G700 soundbar and subwoofer combo. The G700 has some impressive tech that essentially mimics the effect of surround sound audio immersion without you having to invest in an entire setup. Dubbed the “vertical surround engine,” the G700 helps to generate sound that expansively fills the room. All you have to do is press the Immerse AE (Audio Enhancement) setting.

That’s a big promise, so we decided to put it to the test. Sony sent us their new soundbar and subwoofer for testing, and we were pleasantly surprised by the sound quality. Because while “vertical surround engine and “Immerse Audio Enhancement” might sound gimmicky, this soundbar works deceptively well. 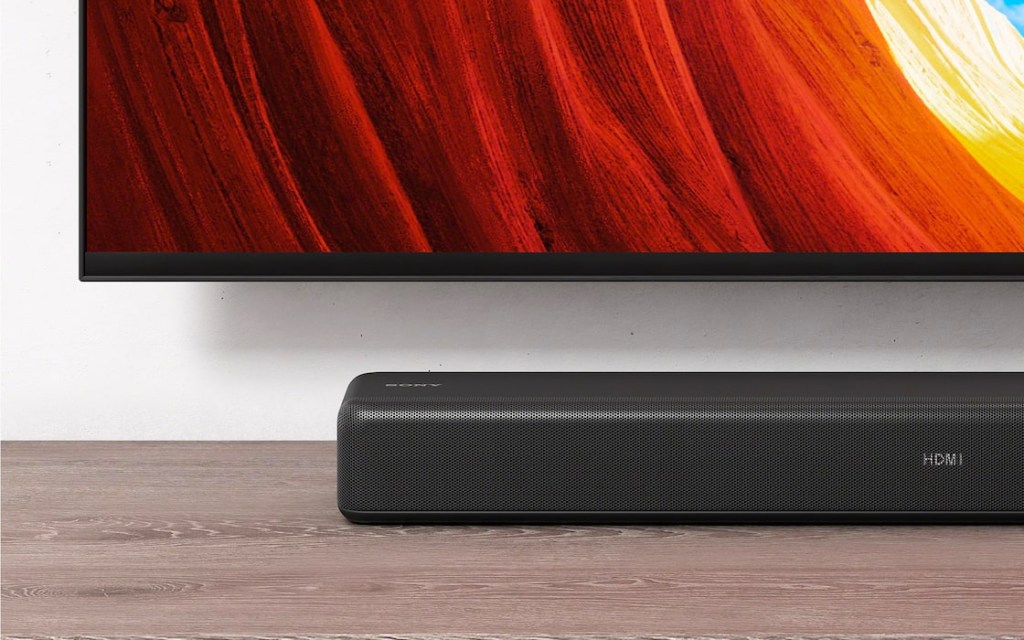 The audio from the NBA Playoff games (which I’ve been obsessed with watching) resonated quite nicely, as players’ shoes squeaked up and down the floor. Movies and TV shows (sans Hulu shows, more on that in a bit) had great clarity and rich tones. However, here’s where this feature really impressed me: during a game of Overwatch, I felt as if the steps of the enemy players were actually echoing behind me, despite the fact that I actively knew I had no speaker setup over my shoulder. And while it might differ in large homes, I can say the feature worked exceptionally well in my apartment space, where it yielded the effect of much more expensive surround sound systems.

Additional presets like cinema and music modes also do a great job of optimizing your audio experience. Watching a movie like Netflix’s Extraction yielded impressive bass from the subwoofer and clear audio from the soundbar during dialogue-heavy scenes.

Finally, because the subwoofer is fully wireless, this audio system is incredibly easy to install, a rarity for high-tech audio setups.

What We Didn’t Like About the New Sony Soundbar

Where this doesn’t work quite as well is for some dedicated streaming apps. When watching old episodes of Top Chef on Hulu, the G700 had some issues. This seems to be an issue with Hulu specifically, not the soundbar itself. I didn’t experience any issues with other streaming services. That’s because the G700 is Dolby Atmos-enabled, so services like Netflix, which actively make use of this technology, still provided fantastic audio fidelity. Unfortunately, the surround sound effect suffered when it came to Hulu.

I’m not sure if there’s a setting in the app itself I missed to fix the output or if it’s just something in the way Top Chef has been transferred to the service. Either way, I had to crank up the volume to get a productive output. This is a super personalized issue, but one I felt compelled to highlight regardless. Also, given its price point, some might like to see WiFi connections in the same way Sonos outfits their soundbars. While the G700 has Bluetooth, it’s not quite the same thing. That’s not a massive issue for me personally; I listen to music almost exclusively on headphones (and, for what it’s worth, on my wireless Sony headphones), but could be a deal-breaker for others.

Despite these minor issues, Sony’s HT-G700 soundbar is a must-have for anyone looking to outfit a smaller space with near-theater quality sound. While it’s not actually surround sound, your brain might not be able to tell the difference. And considering the money it takes to outfit a space for surround sound fully, the G700 is both a space-saving and cost-effective solution.

If you’re missing the movie theater these days, this might just be the next best thing. 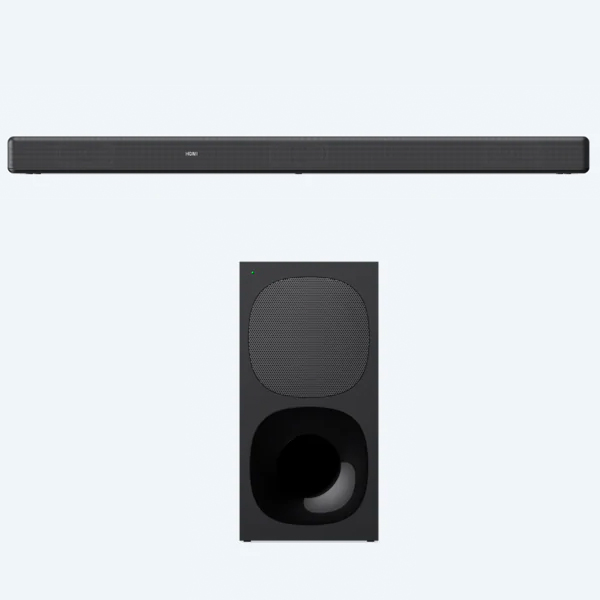 Review: Sony’s WH-1000XM4 Noise-Canceling Headphones Are the Best Ever