Among the current selection of miniature point-and-shoot digital cameras, the stylish Samsung NX mini is one of the easiest to justify. At less than an inch thick and weighing just over 150 grams, the Samsung NX mini is the smallest interchangeable-lens camera on the market. It’s smaller than a typical smartphone and, to be sure, takes far better pictures. An included 9-27 mm zoom lens allows for optical magnification, while a 20.5 MP CMOS sensor delivers consistent, sharp image quality. 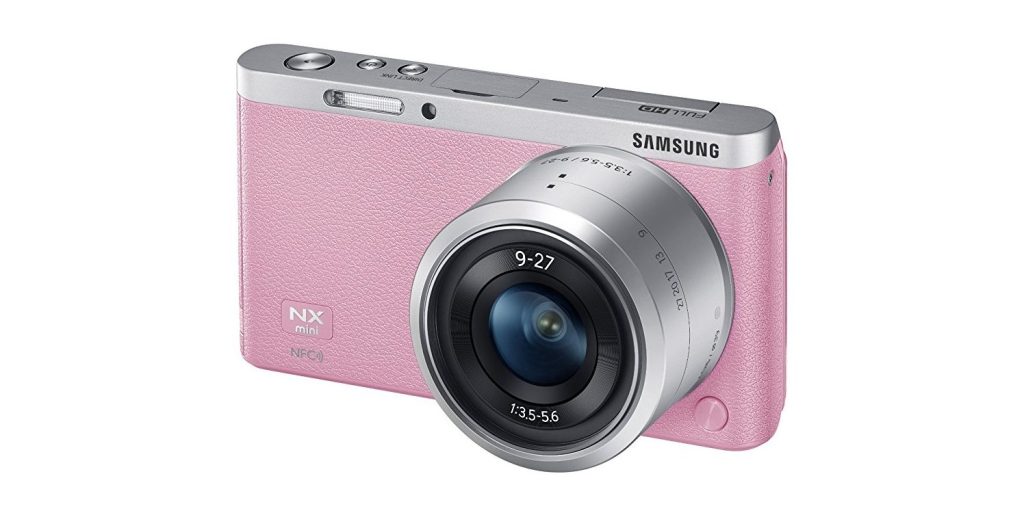 Especially in mixed lighting, the Samsung NX Mini’s advanced internal image processing shows its worth. Highlights are clear and lifelike and the shadows retain lots of detail even down to dusky lighting conditions. When it comes to shooting video, the Samsung’s noise reduction is smoother than even the best smartphone cameras provide.

And since the Samsung NX Mini is the size of some car key fobs (measuring approximately 2.5″ x 4″), it isn’t a big hassle to carry around either, making it an excellent travel camera for when you might want photos of a higher quality than your phone will provide but don’t feel the need to carry around a DSLR.

The Samsung NX Mini comes in a variety of colors including a chic pastel pink along with black and white. It carries on the modernist, clean styling of the entire NX line and bears a clear resemblance to Samsung’s larger NX series mirrorless micro four-thirds cameras. Additional features include a flip-up screen that pivots up to 180-degrees for great selfies and one-touch sharing via the camera’s built-in WiFi.