* Scooby and Gang are gearing up for a return to the big screen in 2020
* SPY has found five great gift ideas for fans of the mystery-solving series
* From IPhone cases to hoodies, there’s something for everyone

Since the series premiered in 1969, Scooby-Doo has found a fan base in every generation. From the original mystery solving dream team featured on Saturday morning cartoons, to the live-action films that were released in the early 00s, Scooby, Shaggy, Velma, Fred and Daphne have been delighting fans and inspiring group-Halloween costumes for decades.

Now, a new generation will get to enjoy them, as a new animated feature has been announced, slated for a 2020 release date, with Will Forte and Gina Rodriguez already attached to star. Tony Cervone, who has worked on projects such as Space Jam and Tom & Jerry, is slated to direct. In anticipation for the return of the gang, SPY has found some groovy merchandise any mystery gang fan would enjoy.

Say it loud and proud over your morning cup of coffee. This ceramic mug is dishwasher and microwave-safe, and finished with a high gloss for long-lasting use. It’s a simple, fun present for the Scooby fan in your life. 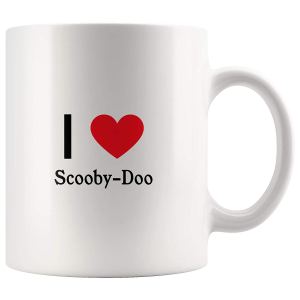 This iPhone case can be custom fit to any iPhone model, from 4 to X. It’s as handy as it is creative, as it is scratch-resistant and has an air-bubble groove top coat. Brighten up someone’s day with this thoughtful gift. (Also, Scooby-Doo might always get lost, but it’ll be hard to lose your phone when it’s in this tie-dye style case. 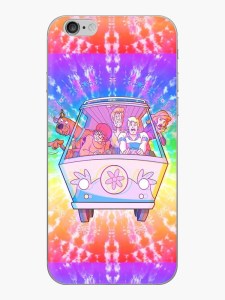 Scooby-Doo has an entire glossary of show-centric vocabulary, from Shaggy’s trademark “Zoinks!” to Velma’s “Jinkies!” that adorns this shirt. Made of 100% cotton, you can choose between sizes S to XXL, depending on its intended recipient. 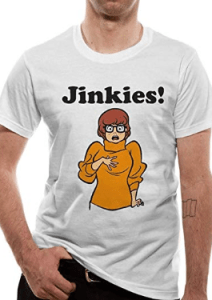 This cozy, lightweight hoodie is ideal as the weather starts to warm for summer, as a fun layering piece. Printed with a high-quality image of Scooby and the whole gang, it’s also got a handy front pocket to store the essentials. 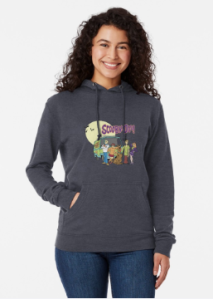 The dream car of any self-respecting Scooby-Doo fan, the Mystery Machine was a character in itself. Inspired by the van, this iPhone wallet will not only protect your phone with its elastic strap closure, but can also act as a support stand so you can watch videos with ease. 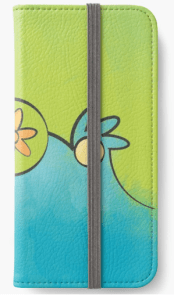 Gallery: Our Favorite TV Cartoons of All Time