Sony’s invested a lot into its audio products, and it shows with the many class-leading performances of its various wireless earbuds and headphones. The introduction of the Sony LinkBuds S earbuds further diversifies the company’s line of wireless earbuds.

Notably, they pack noise cancellation tech much like Sony’s flagship model in the WF-1000XM4, but at the lower price point of under $200. With so many options fighting for notoriety in the space, including Apple’s AirPods Pro, the Sony LinkBuds S needs more than just killer noise-cancellation to stand out from the crop. So can these new earbuds stand out? Read on for my full Sony LinkBuds S review below to find out. 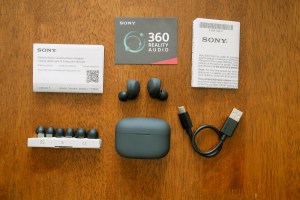 Without question, this has to be one of the most comfortable earbuds I’ve come across from Sony. Its fit and comfort easily eclipse the WF-1000XM3 I’ve been using for the past two years, partly due to how the silicone ear tips stay firmly in place on the outside the entrance of the ear canal. While I have to applaud Sony’s efforts, the 1More ComfoBuds Mini earbuds I’ve used previously were a smidgen more comfortable because they truly feel like I’m not wearing anything at all. 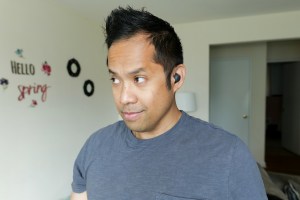 More importantly, the LinkBuds S stayed on while I was working out and jogging. I was really surprised by this because the LinkBuds S don’t have winged tips that I find in other sporty style earbuds I’ve used.

For their price point, I was a little surprised by the thrifty construction of the Sony LinkBuds S. The all-plastic matte finish certainly makes for a clean and minimalist look, but it inadvertently gives off cheap vibes — which is a surprising quality given Sony’s penchant for high-quality designs. 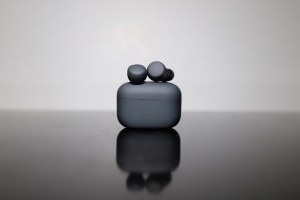 That is even made more apparent with the battery charging case. Sure, it’s compact and light, but the same all-matte plastic material gives the overall aesthetic a subdued tone. For the price, I was expecting better.

Controls: Could Use Gestures

With touch-sensitive areas on both earbuds, there’s a decent mix of controls at my disposal to control the earbuds without having to use my smartphone. The right earbud controls most of the media playback functions, such as pause/play, forward, and reverse — all done by performing, single, double and triple taps respectively. Meanwhile, the left earbud controls the ability to switch between noise canceling and ambient sound modes.

Through the app, there are options to change the functions of each earbud, but I really wish it supported touch gestures. For example, I would’ve preferred a swipe function to increase or decrease the volume.

Sound Quality: Power to the User

First of all, you should know that you’ll unlock the full potential of the Sony LinkBids S with the help of the Sony Headphones Connect app for mobile. By default, the sound performance emphasizes the mids more than anything else, with just enough bass to help accentuate the lows. Choosing a preset equalizer option or customizing one brings out even better results, so I definitely recommend picking an option besides the default setting. 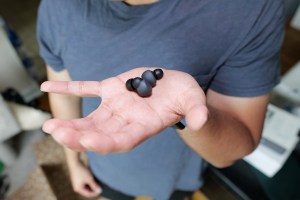 I personally love the treble boost option, which amps the treble by a bit to draw out even clearer, crisper tones. While the default option tends to sound narrower, it’s handy to be able to play around with the equalizer to produce a wider sound.

Once a feature reserved for premium models, noise cancellation has increasingly become a standard feature. Sony, of course, brings its noise-canceling expertise to the LinkBuds S. As you’d expect, these earbuds were able to silence background noise so that I was able to focus on the music. In my testing, however, I could still hear some sounds when I wasn’t playing music. Although, those ambient sounds quickly disappear once I play music. 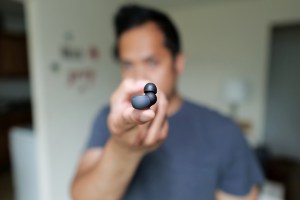 I compared their noise cancellation performance against the Sony WF-1000XM3 and was amused by the difference. Frankly, the performance was notably better with the LinkBuds S, which is a testament to Sony’s expertise in the area because the WF-1000XM3 was my favorite pair of noise-canceling earbuds. I’ve even tested it against the 1More ComfoBuds Mini. Again, it was a clear win for Sony.

Conversely, I enjoy that Ambient Mode is available here with the LinkBuds S. I really like that I’m able to quickly access this feature by simply touching and long-pressing the left earbud, which came in handy for situations when I had the noise cancellation and needed to listen to someone that approached me.

I tested out the battery life of the Sony LinkBuds S by playing music continuously at 25% volume level with noise cancellation on. After an hour, the battery level of both earbuds dropped down to 89% capacity. Based on those results, I’m looking at approximately nine hours of playback time, which exceeds even Sony’s claim of six hours. 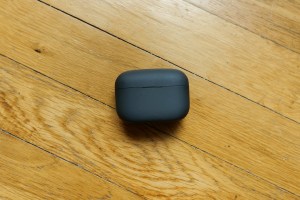 The battery charging case adds another 14 hours of battery life, which means that you’ll have a lot of use before needing to recharge them. Wireless charging has been a common feature among flagship wireless earbuds, but it’s something missing here with the LinkBuds S. For the price, I was hoping to find it.

Sony’s newest true wireless earbuds are yet another masterpiece that delivers features that have made Sony a top-tier contender in the audio space. The Sony LinkBuds S may not be the most stylish pair of earbuds I’ve checked out, but they are still incredibly comfortable to wear and offer an excellent audio listening experience complete with noise cancellation and custom equalizer settings. You’ll save some money choosing them over Sony’s flagship model without having too many compromises in the process.

So Should You Buy Them?

You bet. They have a robust set of features to please the most demanding users.

How Long Will They Last?

Despite their bland-looking design, the Sony LinkBuds S have been designed with an IPX4 water-resistant construction. Meaning, you can wear them while it’s raining without fear of damage. Sony does include a 1-year limited warranty that covers defects.

This space is increasingly becoming crowded, often making it difficult to distinguish the line between mid-range models and flagships. While the LinkBuds S are technically a mid-range offering, here are some of the closest alternatives at similar price points.

It’s hard not to mention the AirPods Pro in any comparison because they are the most popular option out there. With their excellent noise cancellation and tuned audio performance, the only decision you need to make is whether or not you can tolerate their fit. 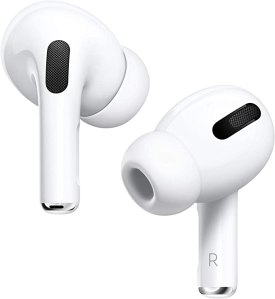 Out of all the options out there, the Bose QuietComfort Earbuds best matches the Sony LinkBuds S when it comes to features and price. If noise cancellation is top on your list, then you’ll want to check these out. 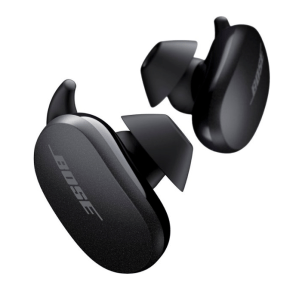 I recently checked out the 1More ComfoBuds Mini and I have to admit that they have a more comfortable fit than the Sony LinkBuds S. Even though their noise cancellation isn’t as good as Sony’s offering, they can get the job done for most situations. 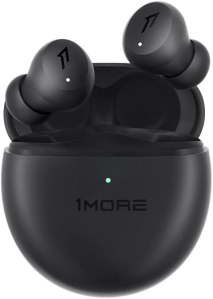 The 12 Most Comfortable Earbuds You Can Wear All Day, Every Day