Remember parties? COVID-19 has undoubtedly put a damper on large social gatherings, but I can’t stop fondly reflecting on times when we could come together and celebrate something or share good times with even better friends. It won’t be like this forever, though, and Sony’s new MHC-V13 High Power Audio Speaker System is a crucial reminder of this fact.

At about 24 inches high, 13 inches wide and 12 inches deep, with a weight of just under 25 pounds, the V13 looks a bit like a large subwoofer that’s way easier to move around (thanks to its durable handle.) Unlike a sub, however, the V13 has five speakers: two high-efficient Tweeters for the upper and treble range to provide clear audio, two bass boosters at the bottom to channel the deep base of the lower range, and a central speaker for the middle range. All of these choices are made in service of really focusing on the audio experience. Your favorite song will reach wider and higher out of the unit, filling any space nicely.

My testing of the speaker (which Sony was kind enough to supply) produced a clear yet robust sound as I listened to the beautiful sonic soundscapes of the new Fleet Foxes album. Tame Impala’s Currents (an album SPY readers will know is my go-to for audio tests) rendered Kevin Parker’s 2015 masterpiece beautifully as the baseline of “The Less I Know The Better” really shined. From a sound perspective, the V13 can fill large and small spaces with equal power, which makes it great for that party atmosphere.

Yet, Sony didn’t stop there when it came to cultivating a dedicated party speaker, as there are a host of other features to further add to a party atmosphere. The central speaker is illuminated to add to the fun. You can pair multiple V13s together over Bluetooth to chain together a whole color sequence if you’d like, or you can set a predefined color through Sony’s Fiestable app if you’re trying to evoke a specific vibe. Other essential features include a reinforced base to take a licking and keep on kicking, along with a variety of audio inputs including CD, Bluetooth, Radio, USB, and line-in. The speaker is also inherently designed to be used as a karaoke machine (thanks to a microphone input), a functionality further bolstered by a Karaoke Ranking setting within the Fiestable app. 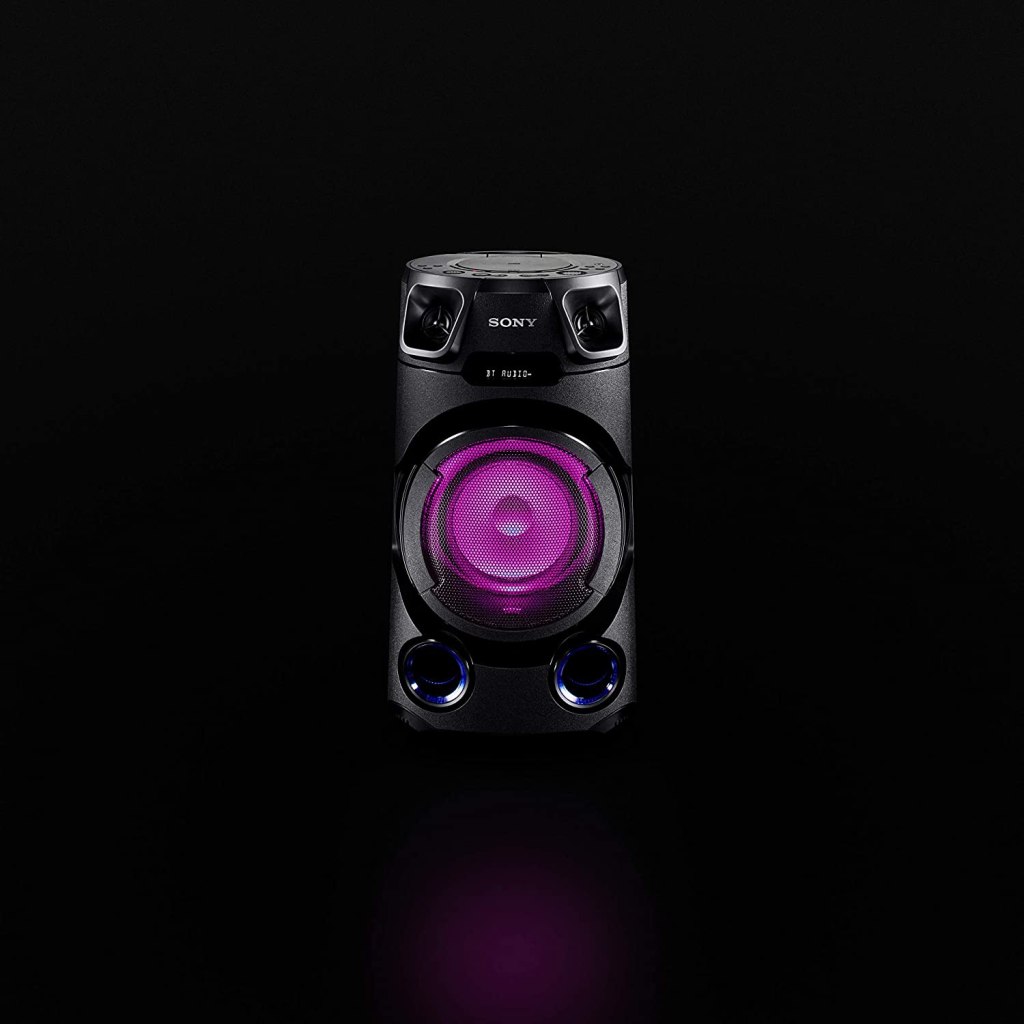 I keep mentioning the Fiestable app, but it’s critical to have for one of the V13’s best features: multiple users can connect and share songs from their mobile devices. This eliminates the hassle of someone snatching away the aux cord to play their tunes at the drop of a hat. Instead, you can load songs into the queue from various audio subscription services like Spotify so that each guest has their moment in the sun. It’s an incredibly handy feature but might take some convincing form your friends to get them to buy into using it and not swiping the cord instead.

The other thing that might be a little prohibitive for some is the price. While $250 for a speaker with virtually every audio ability under the sun available, a great sound, and fun bonus features is more than enough value for the price, we could see college and post-grad students thinking it’s a bit much for the average party. Portable speakers have become the norm, and it might be challenging for the V13 to change the hearts and minds of party-throwers in that regard. However, those with plenty of disposable income will find the V13 to be a great value.

The MHC-V13 might as well just be called the Sony All-In-One Party Speaker, as it’s outfitted with almost everything you could need to host or supplement a gathering. Using it actively made me yearn to have people over and share in the fun together. However, waiting until the time is right is certainly the right call — and the V13 will be waiting to warmly welcome my guests when it’s safe once again. 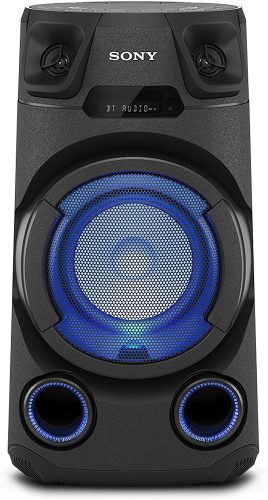 These Durable Waterproof Speakers Are Made to Weather the Outdoors