Developments in audio continue to move at an exceedingly rapid pace. On most major smartphones, the long-dominant audio jack is now a thing of the past, moving on to Bluetooth connectivity as the golden goose. Home audio is evolving, too, moving on from speaker wires to completely wireless connectivity in the form of Bluetooth and even WiFi-enabled speakers. Companies like Sonos have pioneered and even become the household name for the latter, providing systems that make it easy to have music playing in each room in your home with the touch of a button. And now Sony is officially joining the fray with their SRS-RA5000 speaker.

As we’ve mentioned on the site a handful of times, Sony continues to be the player to beat in the personal audio space, and the RA5000 is the launch of a bold new effort to take on the other big S in the audio space. The resulting product is a little mixed but shows lots of promise for the future. 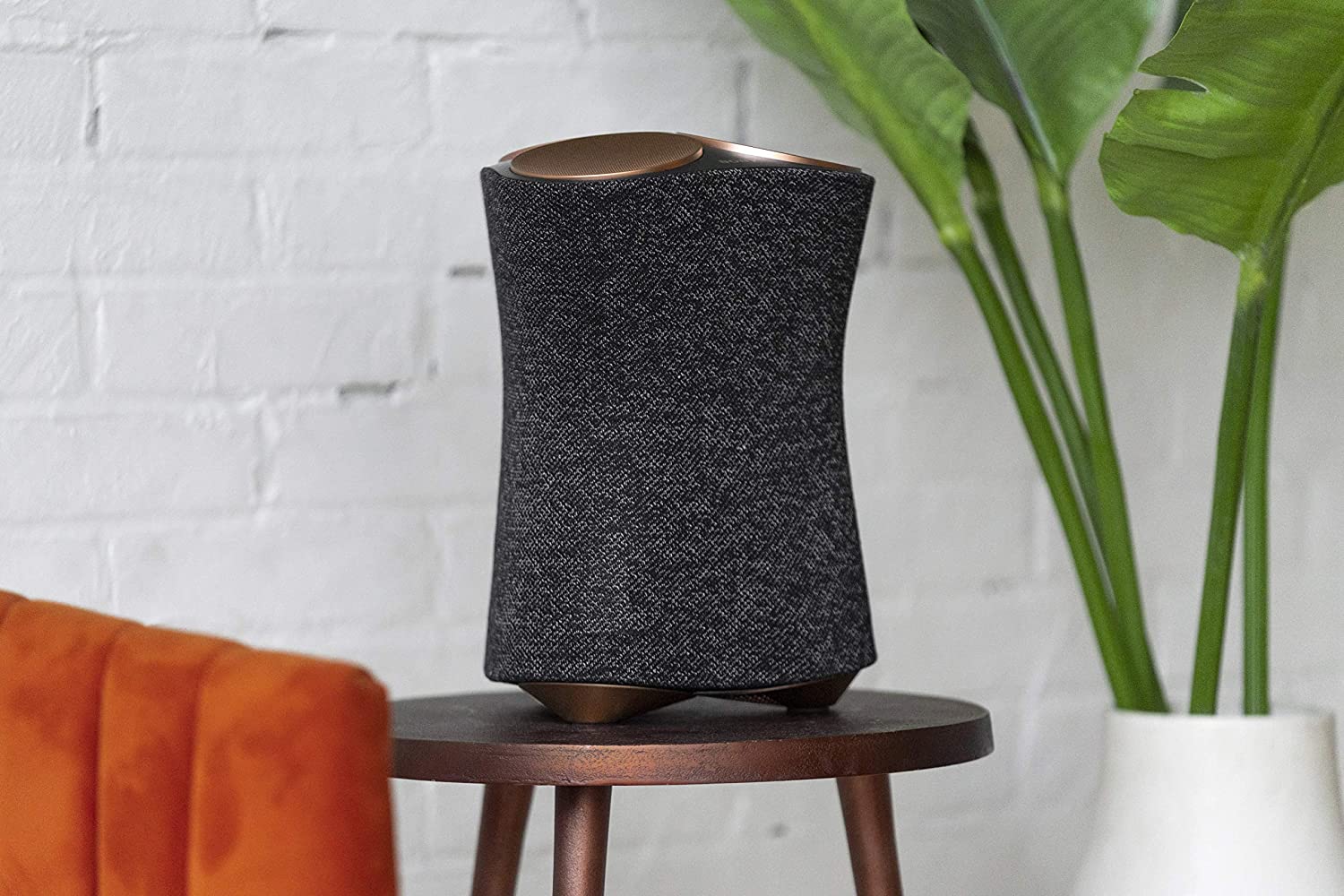 The first thing you’ll notice about the RA5000 is its size and design. At 13 inches tall, the speaker is massive and immediately draws your eye to it thanks to its three top-placed speakers and knit-like mesh all along the sides. The overall color of the unit evokes the rose gold and black scheme that’s been Sony’s signature as of late (you’ll find it on the XM4s, for example) and helps the unit stand out overall. The top also features touchpads for easy control of playback functionality, power, mode selection and sound optimization. It doesn’t take a slight tap to activate each button, making it really simple to navigate. On the technical side of things, the RA5000 contains three up-firing speakers (the ones on the top), three outward speakers in the middle body, and a subwoofer at the bottom. Also at the unit’s base is an audio jack and the plug-in for the power cord.

Where the RA5000 really excels is in audio quality; playing the unit with music over WiFi (as well as with Chromecast Streaming), as opposed to Bluetooth, ensures not only a far more stable collection but one that’s much more crisp and powerful as a result. When I fired up the unit in my upstairs office, it was loud enough, even on a medium setting, to startle my dog downstairs. It doesn’t take much at all for the RA5000 to really fill a room with quality sound in smaller spaces. Though it won’t be a replacement for any sort of surround sound, that’s where the speaker’s built-in 360 Reality Audio comes into play. The feature allows the speaker to mimic the feeling of being at a live music show or in a studio and provides a noticeable difference from the stereo experience.

I bring up the 360 audio because it’s clear Sony is betting big time on it being the next big thing in audio quality. The best comparison I can make is the difference between HD and 4K image quality. However, the tech is so new that only a handful of services (most notably: Tidal and Amazon Music) leverage it. And, within those services, only a handful of songs are actually 360-enabled, with individual artists ultimately determining how much time and effort is spent on mastering songs for that experience. I tried a few songs through Amazon Music, and the experience really differed from artist to artist, with the majority of songs coming from older albums. 360 Reality Audio seems like it has the potential to be really game-changing, but it’s ultimately going to be too niche for many at this point.

The other thing that is going to be a point of contention is the price. At $700, the RA5000 is quite an investment. Even with audiophiles knowing all the strides Sony has made in the space over the last few years, the brand is entering an extremely competitive space with a product that, ultimately, might feel a little ahead of itself. If you’re dead set on being on the bleeding edge of tech, the RA5000 is worth it; just know you might be limited as the rest of the music industry catches up to 360 Reality Audio.

Some might also be disappointed by the unit’s overall design and the size of the power block. It’s no issue for me; I just tucked it behind my media console in the center of my living room with no issue. But others with a less than ideal setup might find the RA5000 standing out far more than they would prefer.

The Verdict: The Sony SRS-RA5000 Is Ahead of the Curve

It’s clear Sony is taking a big swing with the SRS-RA5000, and while it’s not quite a home run, it’s not a strikeout either. It’s basically — to continue this overwrought baseball metaphor — a double. There’s plenty to like here, but a few factors keep it from being as successful as its potential suggests. But it’s primed for a promising future if the company’s bet on 360 Reality Audio pans out. Being at the forefront of that now instead of a later can only mean good things for future iterations. 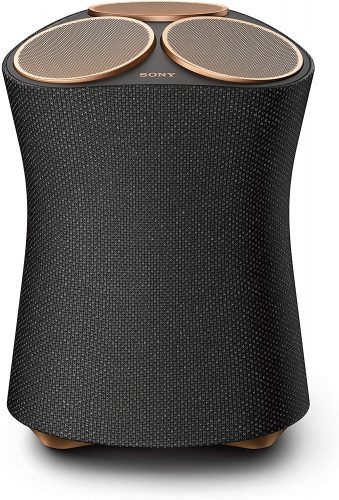 Your TV Speakers Aren’t Doing Your Favorite Movies Justice. Check Out These Great Budget Soundbars Instead