The last time I reviewed an update of Sony’s 1000XM series, the XM4, the headphones arrived with an extravagant bit of pomp and circumstance. Just under two years later, the Sony XM5 Headphones are here but without much fanfare. Either Sony no longer feels the need to go over the top to establish itself as the best in the industry or they don’t care. But having now tried the Sony XM5 Headphones, it’s decidedly the former instead of the latter; the line is just so good now that the XM5 can speak for itself without any gimmicks.

So how does an updated version of SPY’s reigning champion of wireless headphones fare? We did extensive testing with the XM5 Sony provided to us for review, and this is what we found. 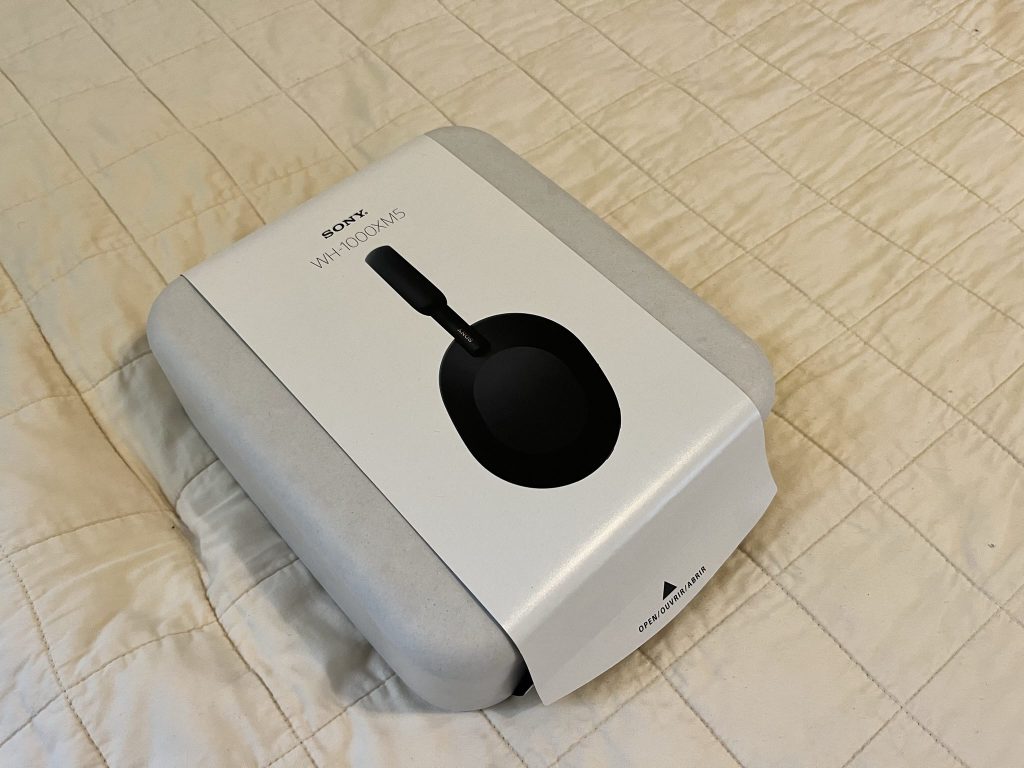 Not shockingly, setting up the XM5 is pretty simple. Upon powering up the device, I paired them with my iPhone by going over to the Bluetooth devices section and adding them to my list, with the entire process taking less than a minute. You can download the Sony Headphones app for more functionality, including the ability to pair the XM5 to a second device, which you’ll want to do. This process also takes about a minute to accomplish.

The design philosophy of the 1000XM series (better as the Mark series, a la Tony Stark’s Iron Man suits) has historically skewed closer to the minimalist side, but the XM5 is perhaps the most low-profile entry yet. Outside of some very subtle branding between the ear cups and the headband, you’d be hard-pressed to know who made the XM5. As someone who prefers my audio products to not draw attention to themselves, I’m a fan, but that might not be everyone’s cup of tea.

The overall look of the XM5 is going to draw a lot of comparisons to Apple’s AirPods Max, particularly in the actual shape of the earcups. Instead of being more oval-like, they’re slightly angular and are constructed from super cushy memory foam. From there, the cups are attached to a stem-like connector that links to the rest of the headband. Upon picking up the XM5, you’ll notice they’re quite a bit lighter (total weight is 250 grams vs. the 254 grams of the XM4, but it’s an impactful difference), a helpful design choice that makes it much easier to wear the headphones for extended periods of time.

Sadly, this sort of all-in-one construction means the XM5 no longer collapses on itself as previous versions did. That means the corresponding carrying case is a bit larger than that of the older version as well. It’s by no means a deal-breaker; you can easily wear the headphones around your neck while moving through airport security (airports are the primary space where I’ve used my XM series), but it does make them slightly less travel-friendly than past iterations of the headphones.

Additionally, you’ll notice there are just two buttons on the left-hand side of the ear cups instead of three; the optimizer button that was a stalwart of previous versions is gone (now the headphones are designed to constantly optimize their noise-canceling in real-time instead of at the press of a button). What remains is just the power button and a toggle to switch between the ANC and the ambient noise feature. It’s a streamlined decision reflective of the overall minimalist approach to the XM5.

Again, Sony isn’t really reinventing the wheel here, just making small refinements on previous versions. Like past iterations, you can toggle your audio on and off by tapping on the center of the right ear cup; swiping up and down on the pad of the cup controls the volume, while horizontal swipes toggle between songs. Cupping the full pad with your hand switches the XM5 into an ambient mode so you can hear if you need to, while removing your hand puts the headphones right back into ANC thanks to the Quick Attention feature. You can also toggle the “Speak to Chat” setting in the Sony Headphones app, which pauses playback when the headphones sense you speaking. The XM5 has (noticeably) shortened the length it takes to pause and unpause, but I largely left the feature unused after testing it.

Where the XM5 is really improved is in the Wearing Detection. The feature was a little spotty on the XM4, and I eventually got into the habit of manually pausing the XM4 before I took it off. There was no need for me to do that on the XM5; almost immediately after the headphones come off my ears, the audio will stop. The improvement comes from a proximity-based sensor located in the left earcup, which is much more accurate than before.

Outside of the XM5’s slight redesign, fans of the XM line who have been reading this will note there hasn’t been a mention of anything really revolutionary in terms of changes between the 4 and the 5. The overall performance of the XM5 — from a sound, ANC and battery perspective — is where the unit leapfrogs its predecessor.

The soundstage of most Sony products is pretty base-forward and that remains the case here, but the overall tone makes it so users won’t have to tweak EQ settings nearly as much. Overall, the sound is decidedly more accurate than with the XM4s, offering up little details in your favorite songs that you might not have heard before. My go-to for all music testing has and remains Tame Impala’s Currents, and the XM5s offered a deeper sense of weight to the tracks, particularly in the synths and baselines portions of “Let It Happen” and “The Less I Know The Better.” The opening of Led Zeppelin’s “Immigrant Song” sounded as thunderous as Zeus; the clarion call of Robert Plant’s wails echoed throughout my ears like a siren. Everything felt sharper and more clear than it had in prior headphones, and songs feel richer as a result. 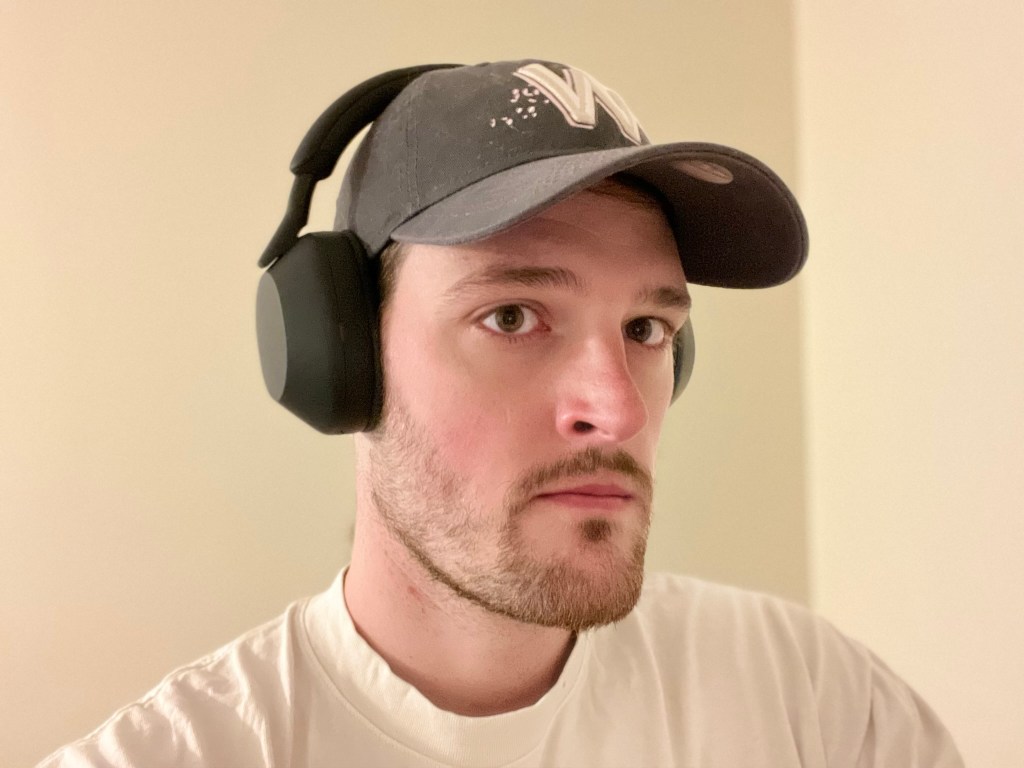 On the ANC front, Sony again elevates its craft. While I still need to get on a plane to really give them a go, the XM5 stopped pretty much all ambient noise in my home with ease; our washer and dryer have a tendency to rattle and hum and, even without any music playing on the XM5, the ANC stripped away the tumble, an improvement over the XM4 in every way. A test on the Washington, D.C., metro also blocked the screeching noise of arriving and departing trains, as well as the ambient hum of the train moving along the track.

The battery has seen improvement as well, jumping from about 20 hours to a solid 24 with ANC active. Three minutes of charge time gets you just under three hours of battery life, and a full charge takes about 45 minutes or so.

However, I’m saving the biggest change for last. After years of griping about the microphone quality, I can definitely say the microphone on the XM5 not only sounds clearer but also does a fantastic job of isolating extra noise and even canceling wind. The XM5 feels extremely usable as an option for professional voice calls, which is not something I would have stated about previous versions.

Sony’s XM line remains the ANC over-the-ear headphone to beat, and the XM5 continues to prove the brand isn’t going to relinquish its throne anytime soon. If you want the best noise-canceling headphones on the market, the XM5 is your first and only stop.

While the XM5 is on the more expensive side of things for an ANC set of headphones, this latest version is well worth investing in if you’re in the market for an upgrade from an XM2 or XM3. If you’ve got an XM4, it’s a slightly more difficult sell, but we do think the decreased weight and increased sound and ANC quality will be worth that $400 price tag. 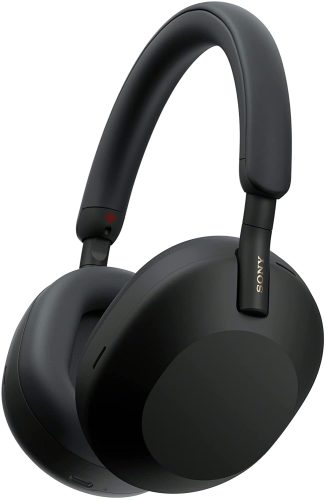 If you’re looking for an option that’s not the XM5, here are three other suggestions.

Even the last model of Sony’s XM series is worth getting if you’re not quite willing to spend the money on the XM5s. We’d wholeheartedly recommend going with these over just about everything else. 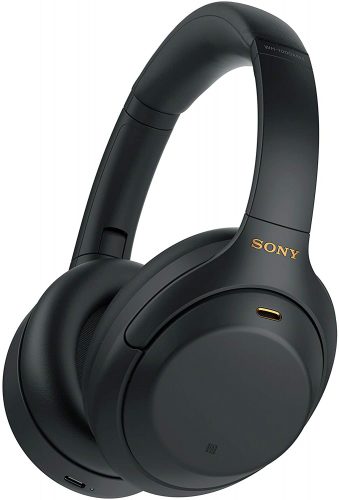 Apple’s over-the-ear headphones will work seamlessly with all Apple devices, are super comfortable and sound great, even if they are on the really expensive side of things. 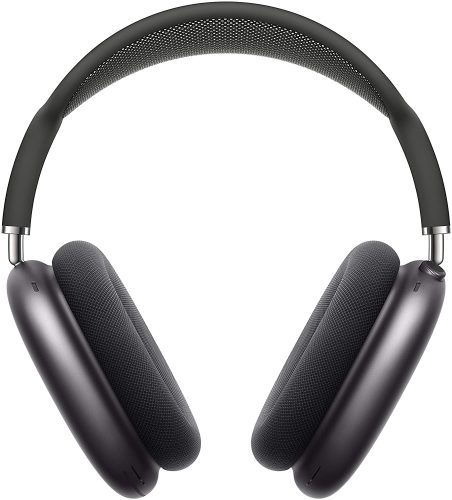 Bose is still a worthy contender in the noise-canceling, over-the-ear headphone space, and you could do much worse than the 700 series, which is the brand’s flagship product in the ANC space. 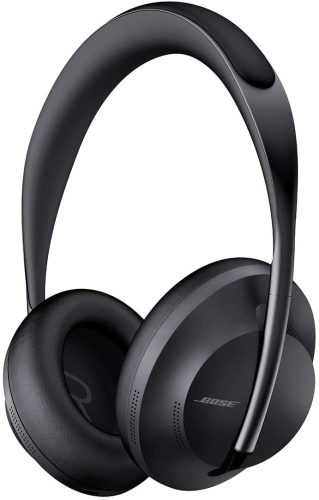