I’ve never really had problems with my TV. It was a decent, 50-inch model that either myself or one of my roommates got on Best Buy or Amazon (it’s been so long I can’t really remember), and it’s served us well over the last couple of years. The picture quality is clear and the sound isn’t bad either. We’ve watched everything from live sports to action films on the TV and we’ve never had any complaints with it. I mean, could we have upgraded to a bigger TV? Of course. But everything looked and sounded fine. And that was exactly the problem.

Most TVs these days deliver decent sound quality, but to really experience your shows and movies, it’s time to upgrade to a soundbar. I didn’t think much of the opportunity when I got a chance to test drive the Sony Z9F Soundbar, but take it from me: after adding a soundbar to your home entertainment system, you’ll wonder how you ever watched TV without one.

Unlike speaker systems, where audio is the focus, most television sets are designed with a focus on picture quality first — and audio quality second. So while manufacturers spend millions of dollars perfecting the images you see on screen, delivering the same perfect level of audio is often an afterthought. What’s more, with TVs getting slimmer and slimmer these days, there is less room for complicated audio components or powerful speakers — and don’t even think about getting any type of bass from your generic TV set.

By not maximizing the audio potential of the program you’re watching, you’re not really seeing — or hearing — the show or movie the way an artist or showrunner intended. It’s kind of like driving a car: a basic model will get you from point A to B, but to really experience the thrill of the drive (and all of the car’s fancy features), you’re going to want that upgrade. When it comes to home audio, that upgrade is a soundbar. 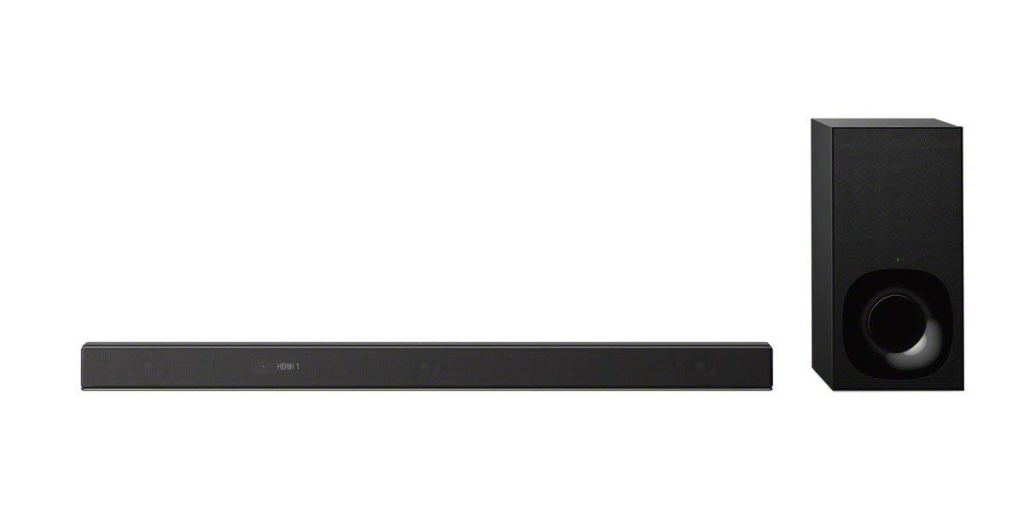 The Sony Z9F is a powerful soundbar system that delivers whopping, cinema-quality sound from a slim and chic package that fits in discreetly to your existing TV setup. The soundbar pairs easily with your television set and helps to enhance and elevate its audio output, giving you louder, bolder, more detailed sound. Equipped with Sony’s “Vertical Surround Engine” technology, the Z9F projects sound in multiple directions, giving you a more immersive experience, so you feel like you’re in a concert hall when listening to music, or at the theater when watching your favorite movie. Paired with the included wireless subwoofer, the soundbar will also deliver deeper, fuller bass, letting you hear every beat and groove from your go-to tracks, and every whoosh and rumble from your favorite films.

I tested the Z9F Soundbar with an episode of Game of Thrones, specifically the one where — spoiler alert — the wall comes tumbling down, and it completely changed the way I felt about the show. The soundbar picked up every last detail of that scene, from the roaring of the crowd, to the stomping of the troops, to every crash and wallop of the wall as pieces began to crumble. While we had watched that scene before, this time, it felt more real and life-like, as the soundbar amplified sounds we hadn’t previously heard. Somehow, it made the scene more powerful — and I admit, more emotional — to hear it expressed it such bold, full audio.

Sony says the soundbar is equipped with audio formats like Dolby Atmos and DTS:X, the same formats used in big budget movie productions. The soundbar also automatically upscales the audio, so it’s rendered and released in maximum 7.1.2ch sound (in layman’s terms: room-shaking sound). To its credit, even though the sound was loud, it still captured every little detail, so we never felt like our ears were being blown out, nor did we hear a lot of distortion.

This was even more apparent when I tested the soundbar out with music. The Z9F is WiFi and Bluetooth capable, so I was able to pair it with my phone to stream songs from my Spotify playlist. In terms of music, the bass boost was instantly noticeable, with some of my favorite tracks sounding more rugged and robust. Think Beyonce sounds good over your headphones? Wait till you blast “Partition” from your soundbar. With the tight, accurate bass and crisp beats, the soundbar elevates the song from a casual groove to a full-on party starter. Sony says its high resolution audio delivers your tracks in better-than-CD quality, and I could definitely hear a difference.

The Z9F Soundbar offers a number of different listening levels, so you can switch from “cinema mode” to “music mode” to “gaming mode” with ease. There’s even a mode for live sports, where you’ll hear enhanced crowd noise and tune in to the action on the field, yet still hear the commentators. The “news mode” is great for when you want to watch a newscast or someone giving a speech (say, at an awards show). The soundbar’s voice enhancement technology pulls out what the person is saying, for greater clarity and less distractions in the background. 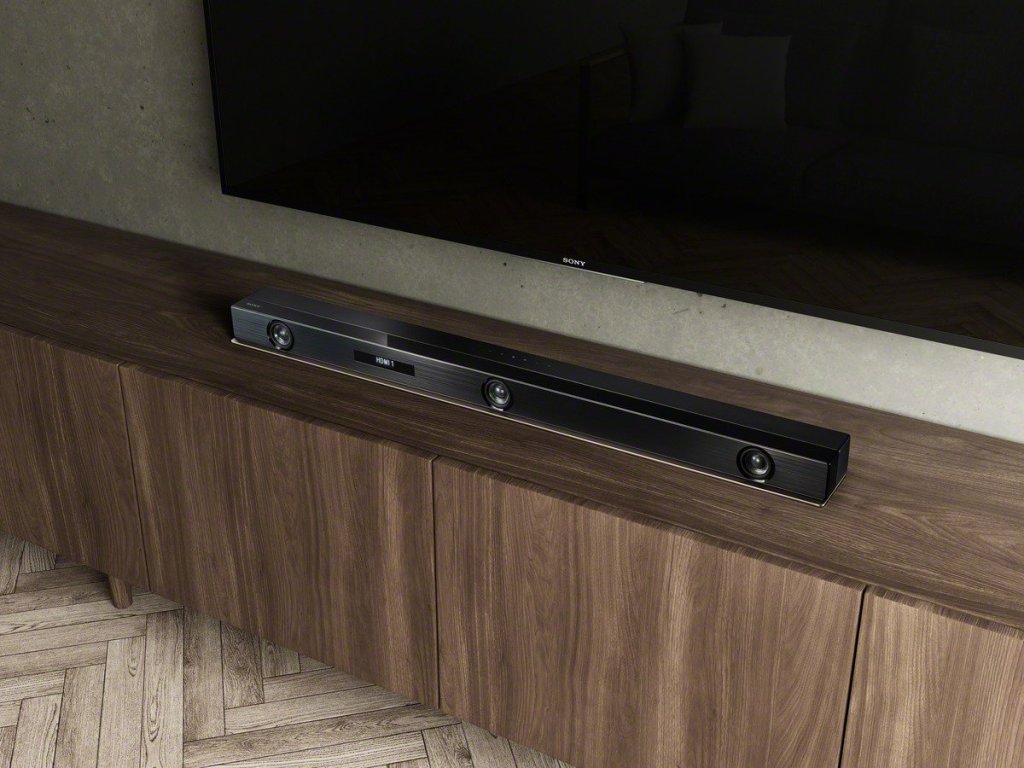 WHAT ELSE YOU SHOULD KNOW

The Z9F is compatible with both Google Assistant and Amazon Alexa, letting you turn it into a smart home hub. Use your voice to control your settings, music or your smart home devices.

The soundbar is also super easy to set up. Once we took it out of the box, we were able to pair the soundbar and subwoofer with our TV in less than 15 minutes. The set includes the subwoofer along with a remote control, batteries, an HDMI cable, wall hanging bracket and a wall mount (Note: we chose to leave our soundbar on the top of our home entertainment unit rather than hanging it up).

It’s hard to go back to watching TV without a soundbar after testing out the Z9F. The way it brings out all the rich audio details of a show or movie reminds me of sitting in a movie theater, or being on one of those theme park rides where music and special effects are whizzing all around you. Action sequences are more dynamic, fight scenes more powerful and even things like talk shows, where the focus is on one person speaking, are more crisp and clear.

While I own a number of popular Bluetooth speakers, I actually now use the soundbar to stream my music out of too. I use it to play music whenever people are over or I’m throwing a party. I’ve found that it’s louder than my wireless speakers, with bigger bass, and it projects the music around the room, rather than in one direction.

While you’ll find soundbars for cheaper online, for the amount of features and technology packed into the Z9F, you’re getting a lot of value for the price. You’re also getting a soundbar backed by Sony’s years of experience in the audio industry, rather than one from an unproven upstart. And Sony offers a one-year limited warranty should anything happen.