Watching a spy movie is a great way to relax and unwind with a glass of wine. Whether you prefer action and suspense or just to have a good laugh, the genre offers plenty of titles to suit your taste. Read our recommendations for the best spy movies to watch this weekend, then click to watch.

The iconic spy film that started it all. While everyone has their favorite Bond from Roger Moore to Daniel Craig, Sean Connery kicked the series off as the original 007 with Dr. No . The first of Ian Fleming’s novels to be adapted into a feature film, this mission follows Bond as he heads to Jamaica to investigate a fellow agent’s disappearance, but not without a few romantic dalliances, of course. After all, he is Bond. James Bond. Start with Dr. No and continue with the rest of the film series. There’s plenty of material to investigate (get it?). 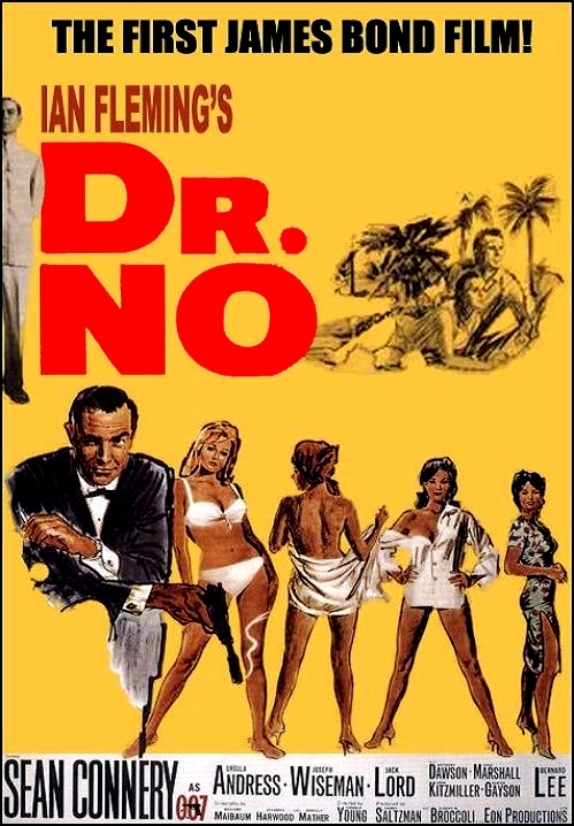 Ever wake up one day with no memory of your past but with the skills of a government agent? Try a day in the life of Jason Bourne. In the film adaptation of Robert Ledlum’s novel of the same name , The Bourne Identity stars Matt Damon as the titular action hero as he endeavors to discover the mystery of his identity and unlock a conspiracy embedded within the CIA. The initial film also spawned four sequels. 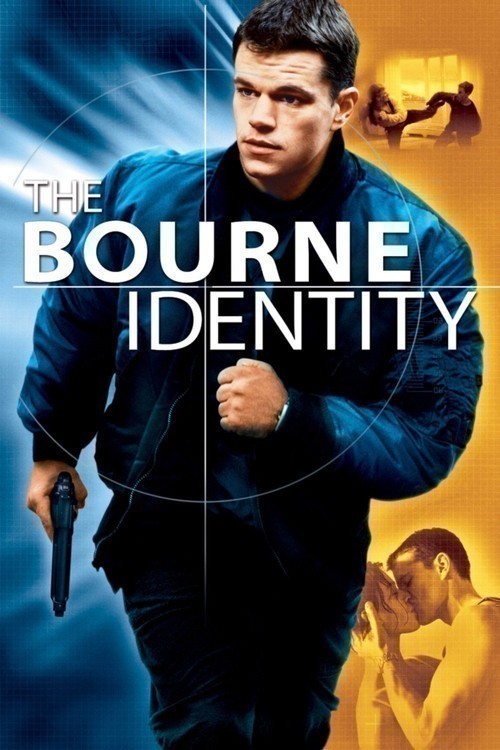 One of Hitchcock’s best, North By Northwest is the anti-spy spy film that revels in espionage and intrigue. Cary Grant stars as Roger Thornhill, a man mistaken for a CIA agent by the dubious Phillip Vandamm, as he must trek across America to clear his name. In the midst of his mistaken identity escapades, Thornhill meets and falls for Eve Kendall, played by Eve-Marie Saint. Come for the intelligent script and eyebrow-raising plot. Stay for the lauded plane sequence. 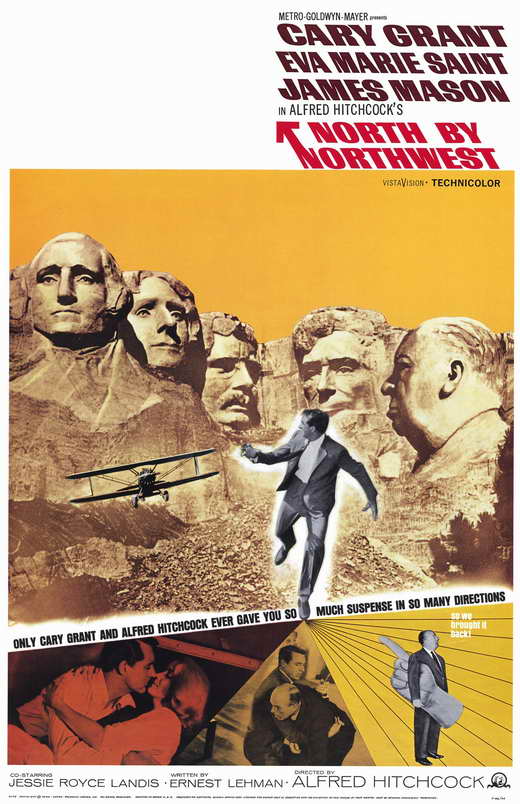 A modern twist on the spy genre, Kingsman: The Secret Service stars Colin Firth as a mentor to potential secret agent recruit Gary “Eggsy” Unwin, played by Taron Egerton. A display of humor, action, and thrills, Kingsman also hosts a slew of stars from Michael Caine as higher-up Chester King/Arthur and Samuel L. Jackson as the power-hungry villain Richmond Valentine. 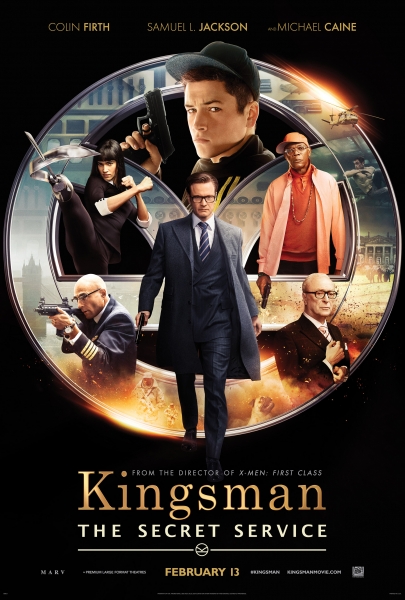 “I will look for you, I will find you, and I will kill you.” Choice words from a man with a “very particular set of skills.” On the hunt to find his daughter who has been “taken” on a trip to Paris, Liam Neeson stars as a former spy operative who uses his talents to track down the kidnappers who gave him every parent’s worst nightmare. Maggie Grace of Lost fame and Famke Janssen aka Jean Grey from X-Men also star. 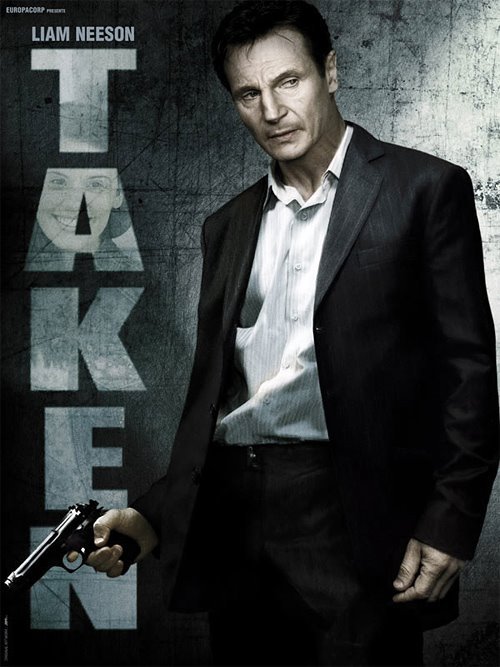 Gallery: The 14 Best Back to School Movies

Charade stars two Hollywood heavyweights, Audrey Hepburn and Cary Grant, in a battle of wits. A sexy, thrilling rom-com that racks up the suspense as the plot thickens, Charade spans genres as it follows cinema darling Hepburn as Reggie who unexpectedly falls for Grant’s man of many aliases, but is then caught up in a World War II caper after her husband is murdered. 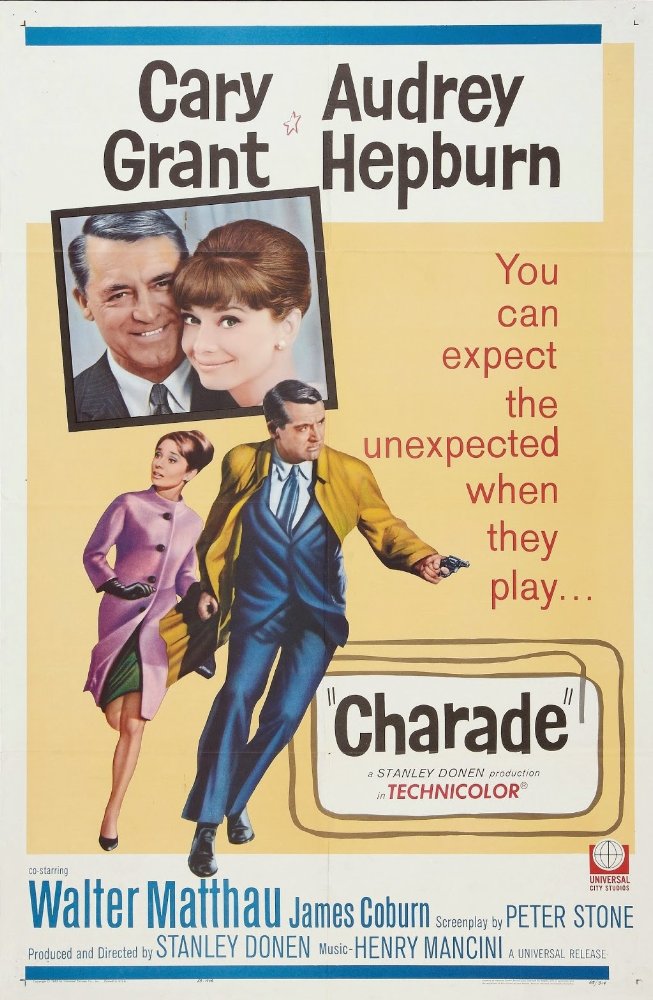 Oscar-nominated for his performance as George Smiley, Gary Oldman weaves his way through the intricate web of spy operatives who may or may not be a Soviet mole within MI6 in the 1970s setting of Tinker Tailor Soldier Spy. Beckoned from retirement, Oldman is enlisted to aid the British in the midst of the Cold War, and is flagged on all sides by a stellar cast including Colin Firth, John Hurt, Benedict Cumberbatch and Mark Strong. The series of novels by John Le Carré were previously adapted into an award-winning BBC TV miniseries in 1979 starring Alec Guinness as Smiley. 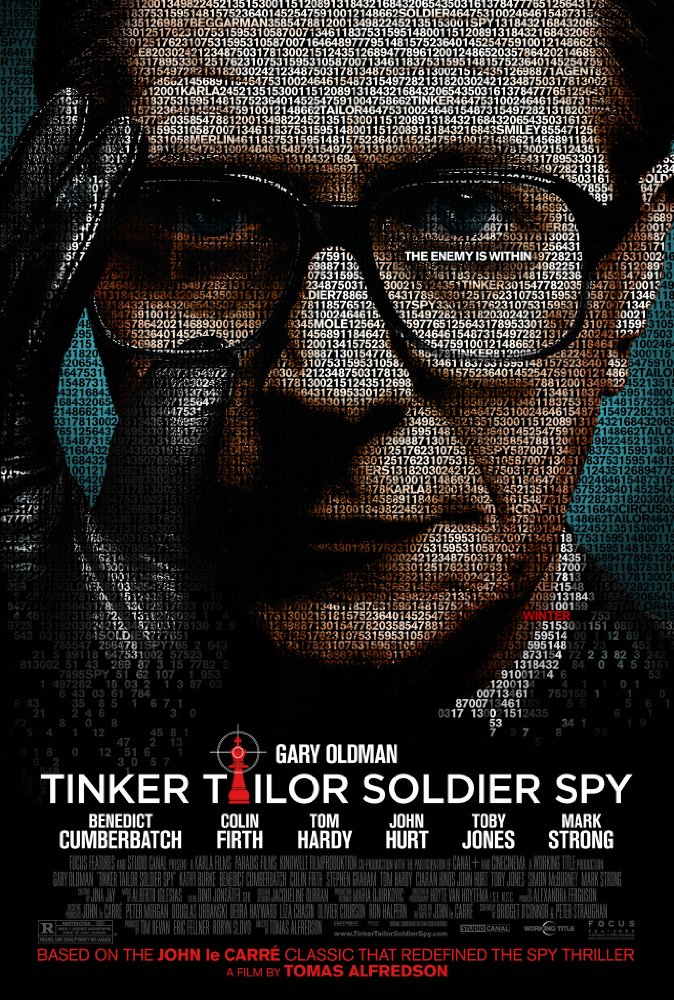 A highly-stylized spy comedy set in the swinging 60s, The Man from U.N.C.L.E. stars Henry Cavill and Armie Hammer as top American and Soviet secret agents, respectively, during the peak of the Cold War. To stop the deployment of nuclear weapons, the rival agents must team up in this action-adventure directed by Guy Ritchie. The story was previously featured in the original 1960s series starring Robert Vaughn and David McCallum. 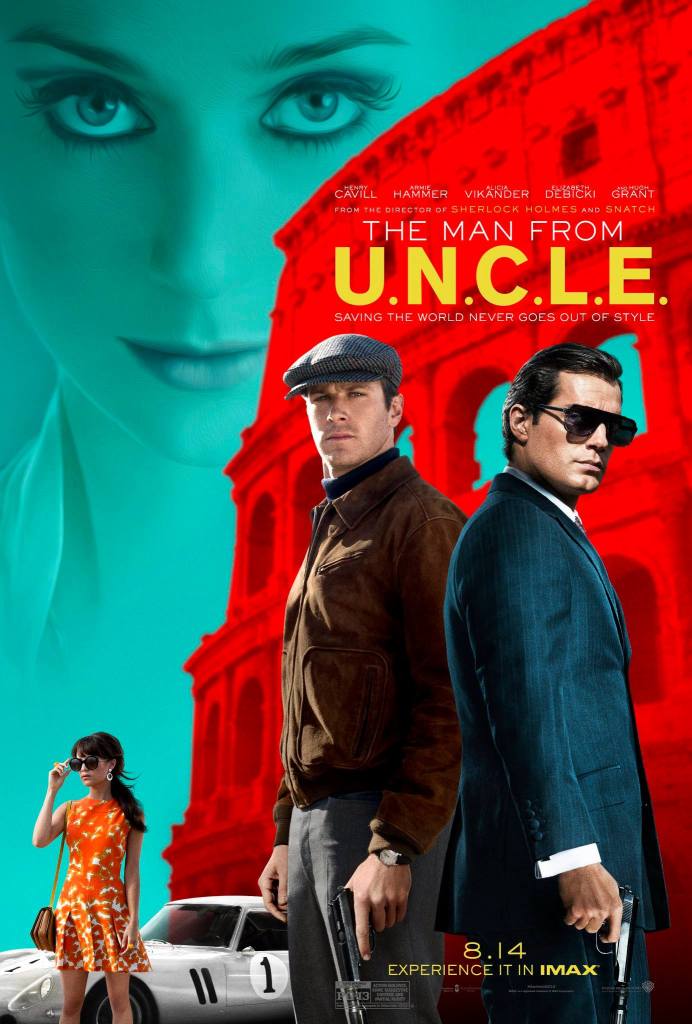 The 2000s brought Captain America: The First Avenger to the screen, where Chris Evans’ body was frozen till the Avengers needed him. But before Evans’ awakening from a 70-year deep sleep, we had Mike Myers in the spoof of Bond and suave spies everywhere in Austin Powers: International Man of Mystery. Myers’ Austin Powers is frozen in the 60s until he is awakened in the 90s to stop Dr. Evil (who is also played by Myers). With his dated humor but still ever-present lust, Powers adjusts to a 30-year time jump in this romp. 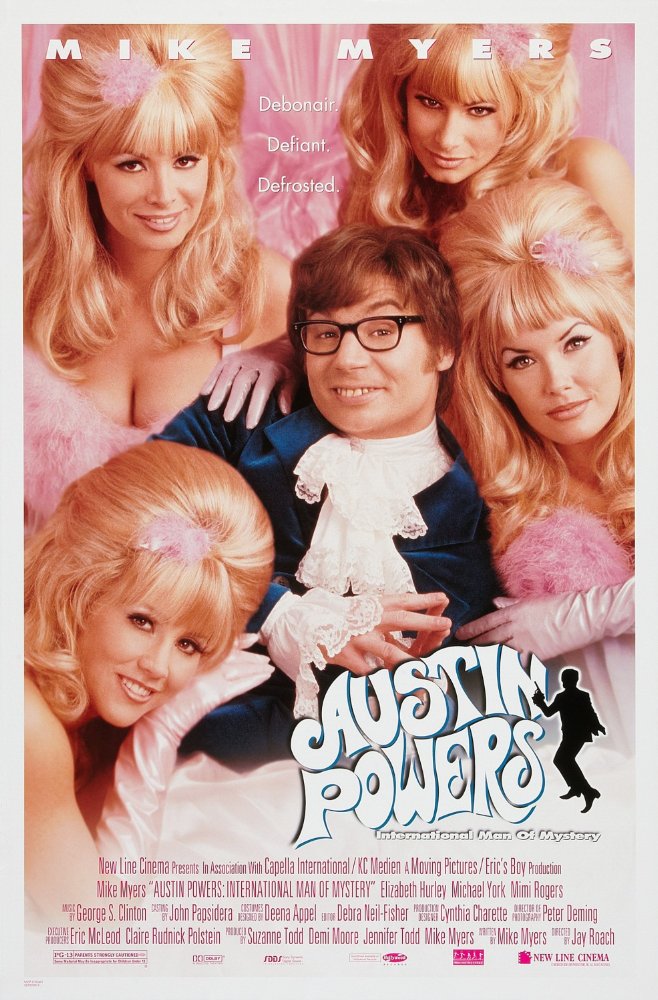 Just like Charlize Theron in Atomic Blonde taking a stand for female action heroes everywhere, Alexa Vega and Daryl Sabara similarly prove that you shouldn’t send adults to do a kid’s job in the world of spy adventures. Vega and Sabara star as Carmen and Juni Cortez, who are tasked with saving their ex-spy parents (played by Antonio Banderas and Carla Gugino) in this spy comedy for the whole family by Robert Rodriguez. 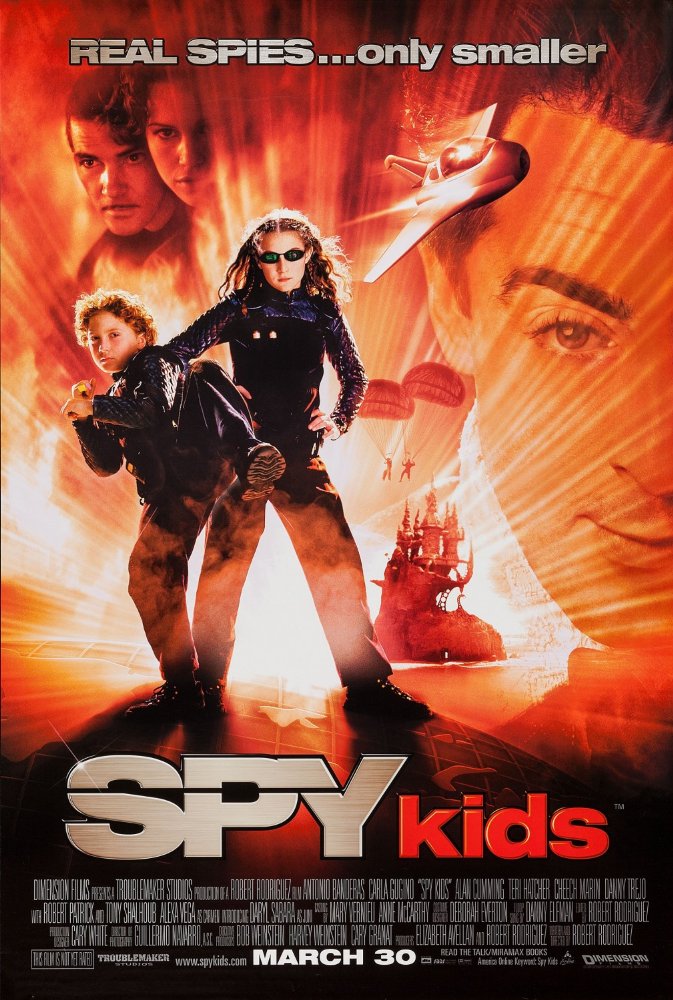