* Spy novels date back to the early 1800s, and continue to endure in popularity
* From Cold War double agents to rogue CIA analysts, they provide some of fiction’s most fascinating characters
* We’ve scoured the genre to find some of the most entertaining reads

While it’s hard to pin point the exact origin of the spy genre, many trace it back James Fenimore Cooper’s 1821 novel The Spy, which followed Harvey Birch, a secret agent operating during the American Revolution. While there were many notable additions that followed this, arguably the most popular was The Riddle of the Sands by Erskine Childers, which made this list and continues to have an enduring impression on the genre. Both World Wars, and the following Cold War that ensued, had a significant impact on the genre, not only in helping it gain popularity, but influencing plot lines as well, as many were subsequently grounded in historic events. This paved the way for the genre to become what it is today, with characters like James Bond, Jack Ryan and Jason Bourne becoming household names, as Spys continue to dominate not only novels, but the big screen.

One Spy to Rule Them All. The book that introduced the world to perhaps the greatest spy of all time, Ian Fleming’s 1953 novel follows James Bond has he enters into a potentially deadly card game with criminal Le Chiffre, enlisting the help of the beguiling Vesper Lynd along the way. Spawning sequels, a record-setting film series and even inventing a drink, check out the tale that started it all. 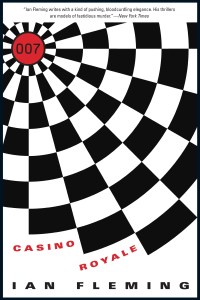 2. The Spy Who Came in from the Cold: A George Smiley Novel

John Le Carre’s 1963 novel follows a British agent who is sent into Soviet controlled East Germany, and must attempt to pose as a defector. The novel is not only a gripping thriller, but also a well crafted critique of Western espionage practices during the Cold War. 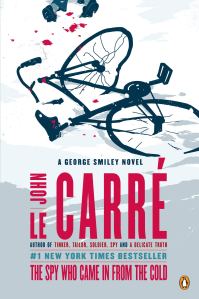 3. Eye of the Needle

The bestselling author behind Pillars of the Earth pens this Edgar-Award winning novel which follows a masterful German spy operating during World War Two, and the manhunt conducted by the Allies to track him down. Weaving together romance, action and interesting historical trivia, Follett proves he’s also a master of the spy genre. 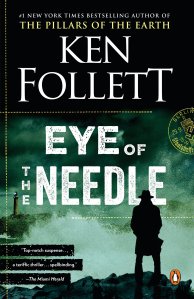 Eye of the Needle

4. The Riddle of the Sands

A book that helped lay the foundation for the entire genre, Erskine Childers 1903 novel gained immense popularity upon its release, and continues to stand the test of time. Following two Englishmen who venture out to the Baltic Sea for a holiday, only to become increasingly embroiled in an investigation that may threaten both their lives. 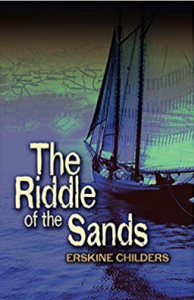 The Riddle of the Sands

5. The Alice Network: A Novel

A brilliant blend of historical fiction and espionage, this novel centers around the entwined fates of two women- one, and American recently graduated from college who’s searching for her missing cousin, the other, a middle-aged woman who ran an intricate spy network during the great war. A New York Times bestseller and Reese Witherspoon’s Book Club pick, it will transport and enthrall you. 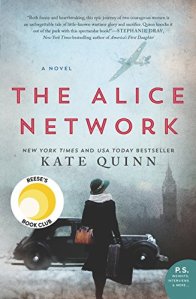 The Alice Network: A Novel

6. The Cardinal of the Kremlin

Following Tom Clancy’s beloved Jack Ryan, this thriller sees the CIA analyst attempt to extract CARDINAL, the agency’s highest placed asset inside the Kremlin. Debuting at #1 on The New York Times bestseller list, it’s Clancy at his finest, and you can expect many sleepless nights spent page turning once you pick it up. 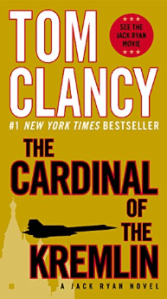 The Cardinal of the Kremlin