In addition to its excellent range of portable battery packs and USB wall chargers, Anker has made a name for itself through its Nebula line of video projectors which offer a solid blend of portability, performance and ease of use at a reasonable (if not quite cheap) price.

In particular, the Nebula Capsule II has been a hit, delivering 720p resolution in a portable projector thats only slightly bigger than a soda can. While it won’t replace a proper home theater projector by any means, it is a great option for a bedroom or backyard screening at night thanks to the fact that it’s battery powered and runs the Android TV smart interface.

But taking the Nebula Capsule II one step further, Anker has released a limited-edition Star Wars version of the projector. And as you may have guessed, it has been made over in the likeness of everyone’s favorite droid, R2-D2.

But it’s limited to just 1000 units, so if you want to add to your collection of Star Wars merch, you won’t want to hesitate on snagging one of these. 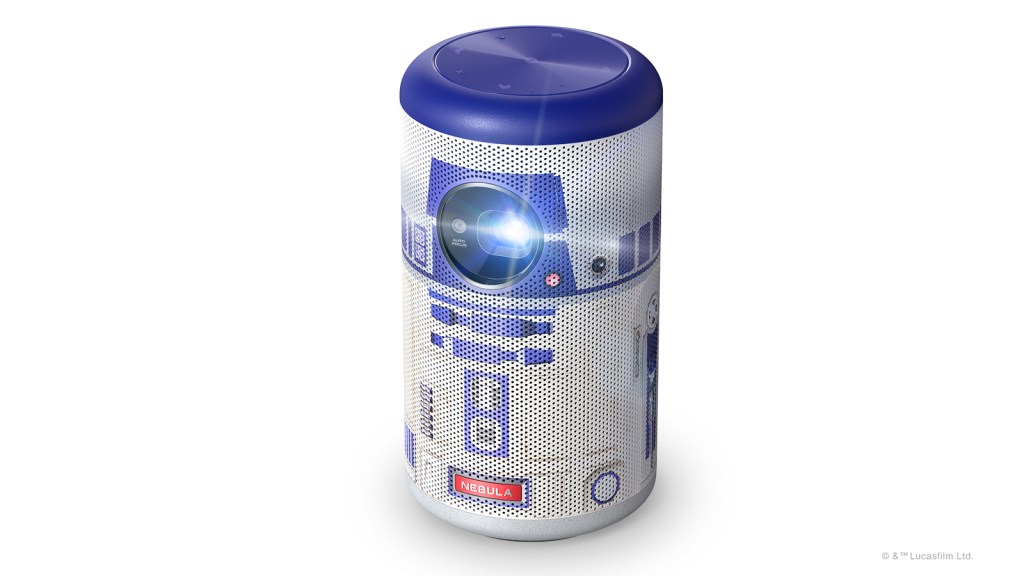 If you’ve ever watched Episode IV: A New Hope, then you know why R2-D2 is the only real choice for this. After all, it’s this droid that projects the infamous holographic message from Princess Leia.

We got the chance to play with the Star Wars edition before its launch. It’s largely the same as a regular Capsule II, which means that it can generate an image up to 100-inches in size and comes with Anker’s excellent auto-focus and auto-keystone technologies. Furthermore, you can use it as a Bluetooth speaker when you’re not using it for movies and TV shows. 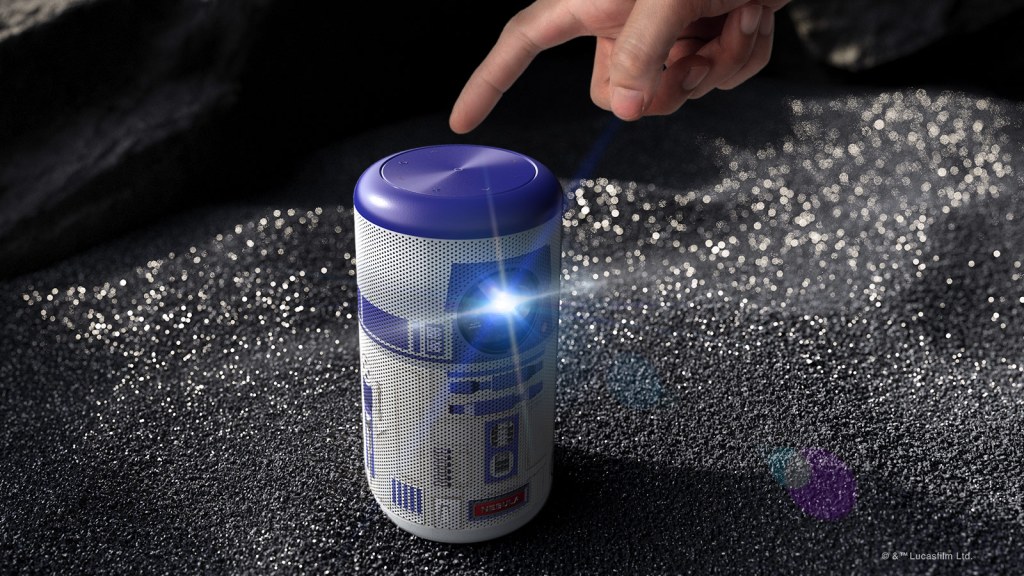 That said, it’s not a world beater. It will only generate 200 lumens of brightness, which means you’ll need a somewhat dark environment, and you’ll only get a few hours of battery life, though it’s enough to watch a movie in most circumstances. The biggest downside is probably the fact that installing Netflix requires you to use a special Anker app to sideload it onto the projector, and it only streams at 480p.

But what really gives this projector its appeal is the fact that it’s a collector’s item, and in that regard, it has a couple of nice touches.

Obviously it has the R2-D2 print and color scheme that makes it look and feel like the tiny droid. Secondly, when you start the projector up, it beeps and chirps just like R2-D2 does. 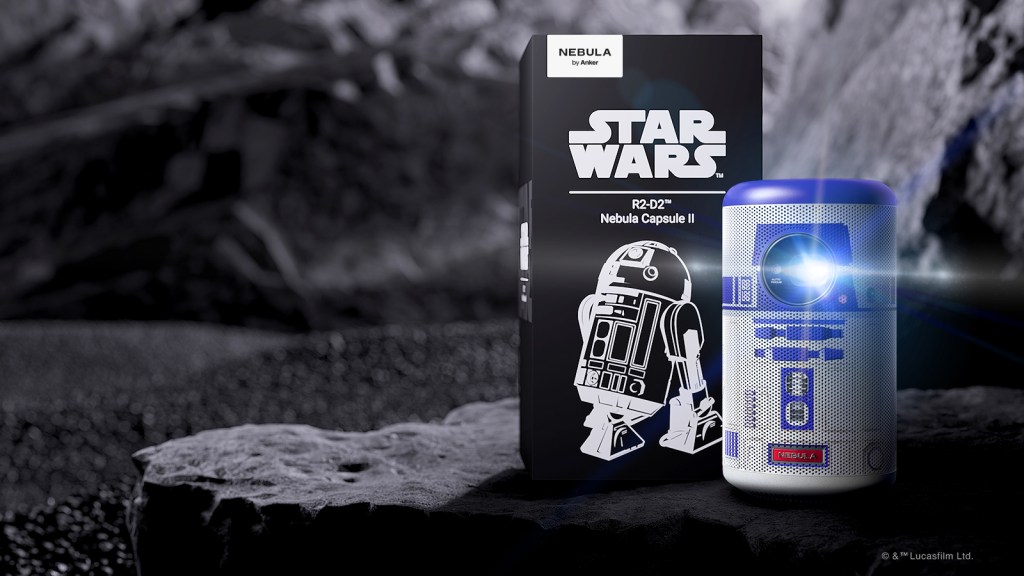 While a few more sound effects and some customized UI elements would have been nice, there’s no denying the charm of those beeps everytime you hit that power button.

The best part is that the Star Wars R2-D2 Nebula Capsule II Projector is available on Amazon right now for $699. So hosting your next movie night with one of these is as simple as a few single clicks.