There are many different film genres out there, from comedy and romance to horror and drama, but badass mom movies are a subgenre all on their own. They’re movies typically filled with adrenaline-pumping action, nail-biting suspense, and a touch of heart along the way –– but the best movies with badass moms usually come down to one single thing: mom getting to serve up some good old-fashioned revenge.

Throughout history, the big-screen has seen plenty of fierce ladies grace the big screen. Here are just a few:

If these types of movies teach the audience one thing not to mess with, it’s a mama bear protecting her cub. Whether you’re watching these flicks on the best TV in the world or on your smartphone, they’re worth the time. In an ode to caring mothers everywhere, we have found 20 movies fans of this genre are bound to enjoy. So, let’s get started.

Halle Berry plays a badass mom trying to find her kidnapped son. As the pursuit turns into a frantic, high-speed chase, Berry must risk everything and push herself to the limit and save her beloved child. 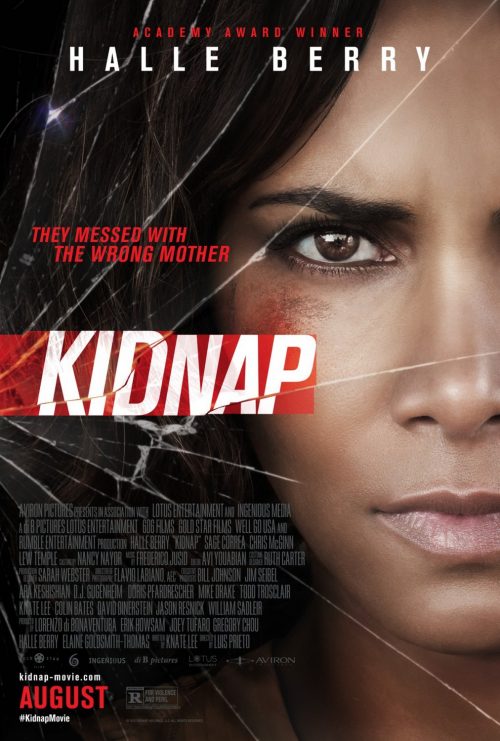 This Academy Award-winning movie stars Sandra Bullock and George Clooney as two astronauts on a routine spacewalk when disaster strikes. This nail-biter will have you on the edge of your seat anxiously waiting to see what happens next. 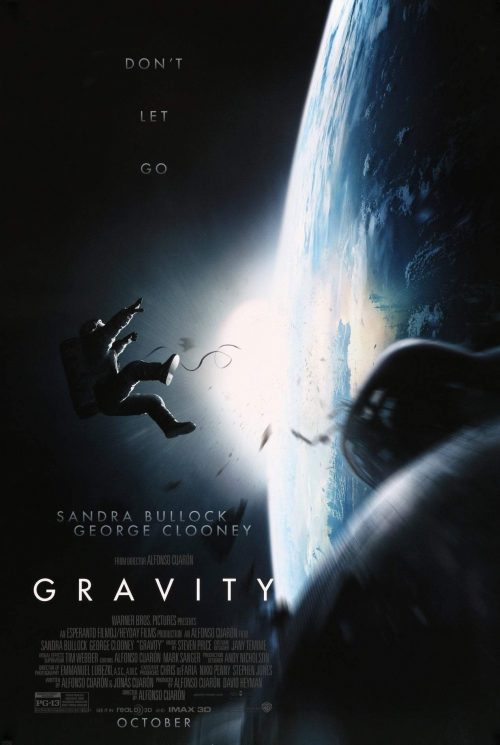 A lonely mother of two (Taraji P. Henson) invites a charming car crash victim (Idris Elba) into her home when he asks to use her phone. Little does she know, he is no victim, and her act of good is about to become a night of survival. 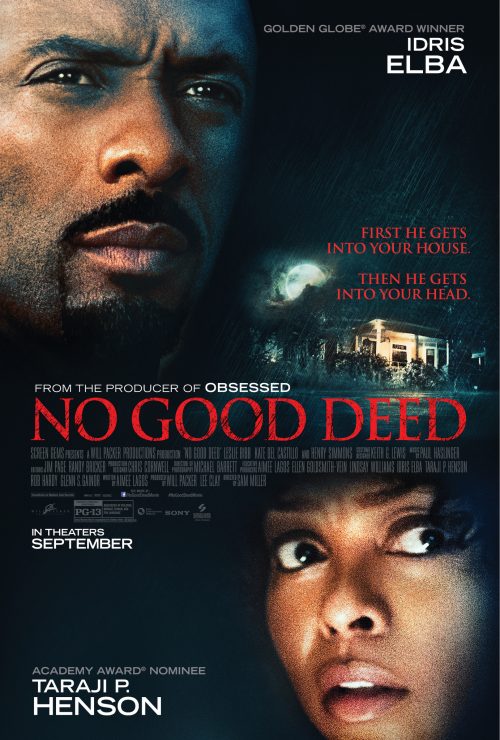 In this terrifyingly thrilling picture, a family is navigating through a world overtaken by blind alien-like monsters with supersonic, sensitive hearing, so they must keep absolutely silent in order to stay alive. The story follows mother and father characters played by John Krasinski and Emily Blunt that will do whatever it takes to keep their family safe. Blunt’s character has some seriously badass mother moments that prove her character to be as badass as onscreen moms can get. Her character will make you angry, make you cry and imake you feel warm inside whenever a rare happy moment occurs. 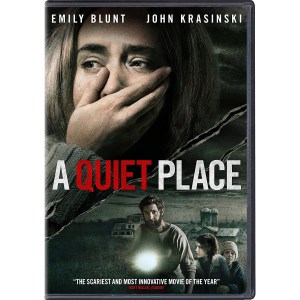 Courtesy of Amazon
Buy: A Quiet Place $9.99
buy it

The Terminator stars Arnold Schwarzenegger as a cyborg who is sent from the future to present-day Los Angeles to assassinate a seemingly innocent mother, Sarah Connor, whose child will play an important part in the world from which the killer came. Sarah Connor, played by Linda Hamilton, evokes the true definition of “badass” mom as she tries to save the world — and her son. 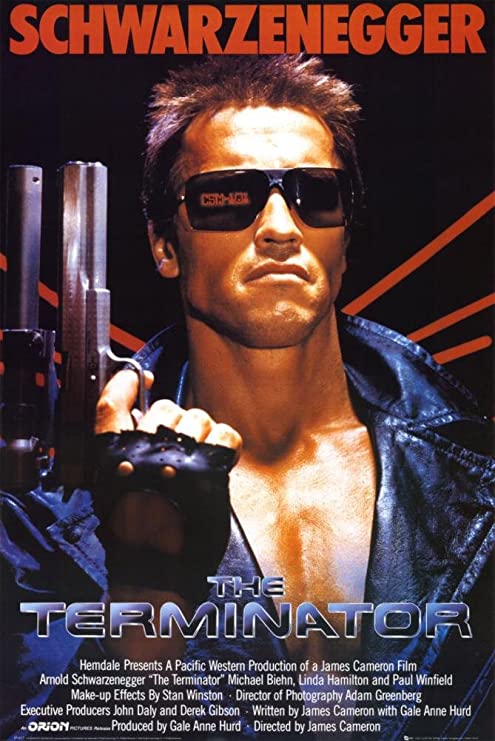 Courtesy of Orion Pictures
Buy: The Terminator $3.99
buy it

Panic Room stars Jodie Foster as a divorced woman who lives with her young daughter in a large Manhattan brownstone. As three armed robbers invade their home, they seek refuge in their “panic room,” landing them in a deadly game of cat and mouse with their captors. Foster plays a powerful and intelligent mother trying to protect her child from any harm. Bonus: catch a pre-Twilight Kristen Stewart playing Foster’s daughter. 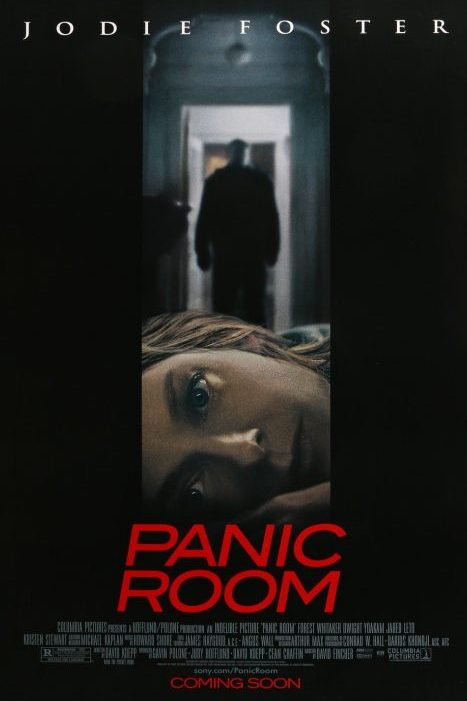 Speaking of rooms, Room starring Brie Larson was a 2015 rollercoaster ride that ripped hearts out left and right from movie theater audience members all over the world. The film is inspired by a true story and features Larson trapped in a room with her young son after she was kidnapped by a man years prior. The young boy knows nothing outside of the world outside of the room because Larson’s character wants to make life feel as normal as possible for him. A harrowing journey to break free from the room occurs that involves Larson’s motherly instinct to take charge, proving nothing can break a mother’s love for her kid. 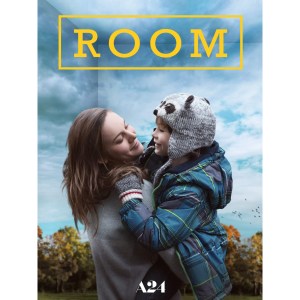 When it comes down to badass mom movies, Jodie Foster is so good at taking on the role that she makes our list not once, but twice. In this psychological thriller, Foster plays a woman who loses her daughter aboard a cross-Atlantic flight. But when no one remembers seeing her board the two-story airplane with a child, she must stop at nothing to prove her sanity and find her daughter. 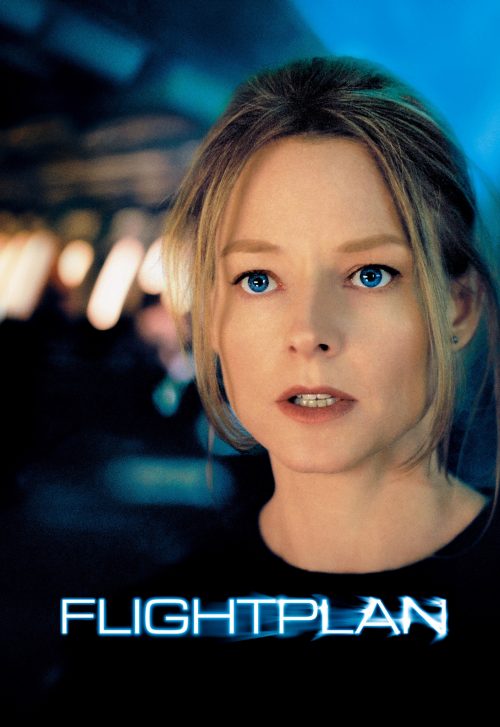 A successful businessman (Idris Elba) is stalked by the new office temp (Ali Larter) –– threatening his job, marriage and newborn son. But the temp is about to learn that his wife Sharon (Beyoncé Knowles) will do anything to protect her family. 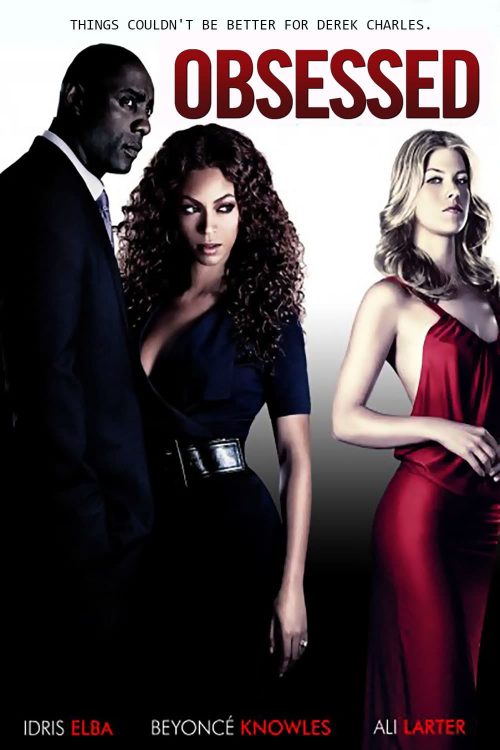 Jennifer Garners plays a banker in Los Angeles, whose life gets turned upside down when the cartel murders her husband and daughter. But when the justice system fails to apprehend her family’s killers, she decides to turn her rage into revenge and take matters into her own hands. 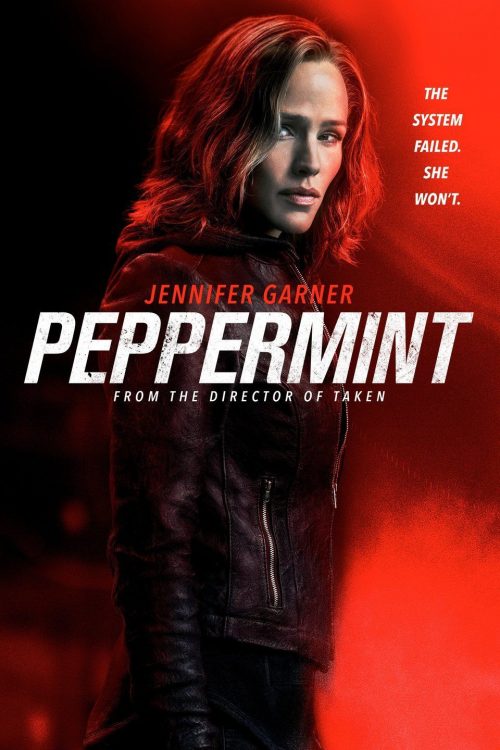 When Shaun Russell (Gabrielle Union) and her young children visit her late father’s remote estate, they’re taken hostage by a gang of robbers who were already there, burglarizing the house. However, the burglars don’t realize that Russell is not willing to go down without a fight. They picked the wrong house to rob. 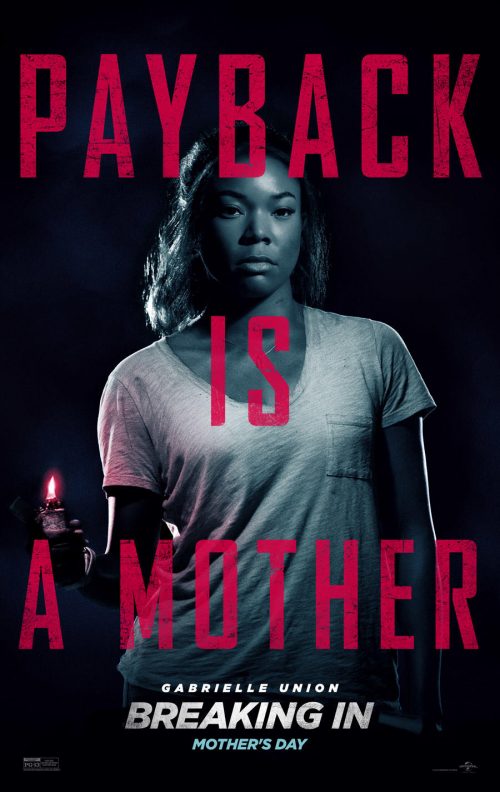 Courtesy of Universal Pictures
Buy: Breaking In $13.99
buy it

Bob and Helen Parr are a couple who used to be among the world’s greatest crime fighters. Fifteen years later, they have to adapt to civilian identities and retreat to the suburbs to live a normal life with their three kids. This animated superhero movie showcases a family trying hard to raise their kids while itching to get back to their alter ego life. 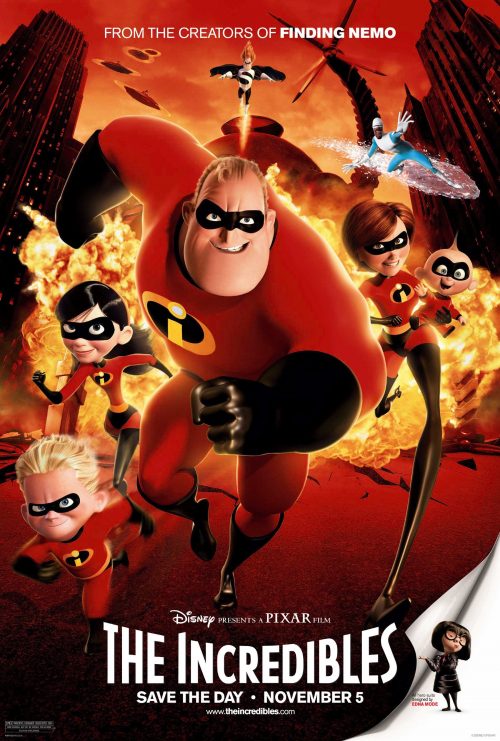 Courtesy of Walt Disney Pictures/Pixar
Buy: The Incredibles $3.99
buy it

Based on an Old English epic poem made into a 3D motion picture fantasy film, this movie depicts a mother’s endless devotion to her child. After overpowering the demon Grendel, Beowulf incurs the undying wrath of the beast’s ruthlessly seductive mother, played by Angelina Jolie, who will use any means possible to ensure revenge on the person who slew her son. Motherly love at its best. 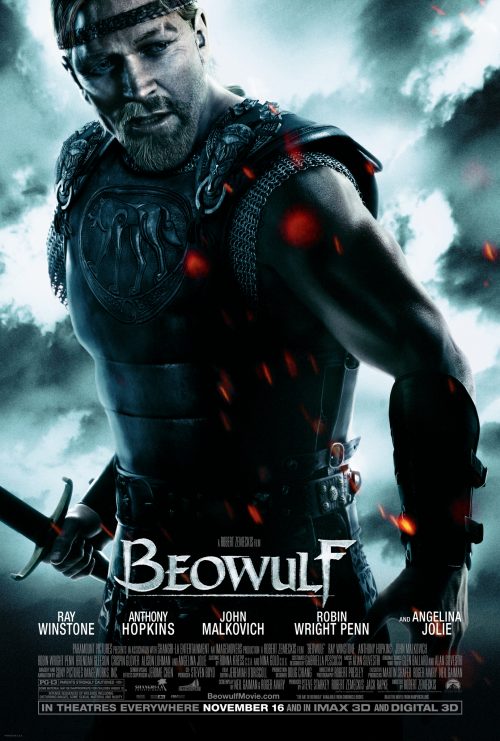 Bird Box takes place in a terrifying world that is somewhat similar yet completely opposite of that of A Quiet Place. Here there are no aliens, but there is an odd phenomenon going on outside in which characters will see something and go absolutely berzerk. Therefore, characters cannot go outside without a blindfold and have to access the outdoors solely without any visuals. The movie follows none other than Sandra Bullock as she cares for two children simply named “Boy” and “Girl.” She is their mother figure and pulls some badass moments to ensure their safety throughout the entire journey. 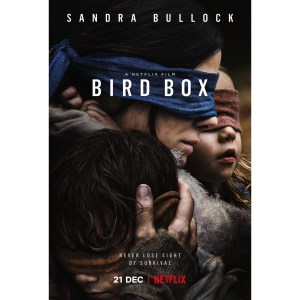 Forty years after surviving Michael Myers’ killing spree on Halloween night, Laurie Strode (Jamie Lee Curtis) is now living in guarded isolation. But when Myers escapes from the nearby institution, Strode is prepared, now more than ever, to protect her daughter (Judy Greer) and granddaughter (Andi Matichak). 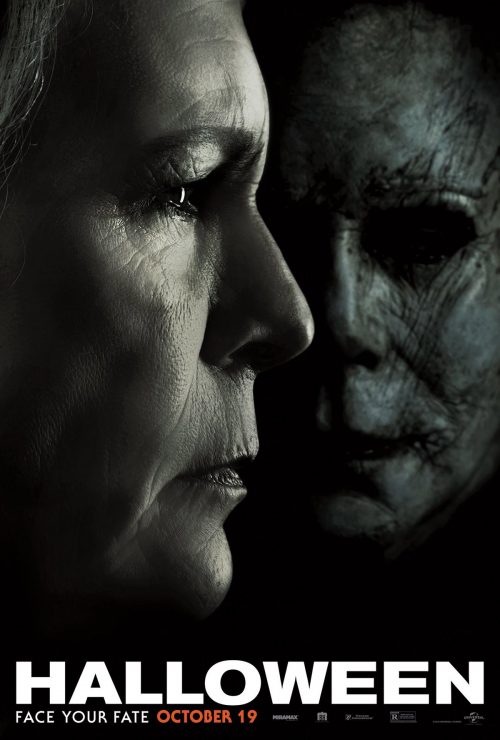 Geena Davis plays a suburban homemaker and the ideal mom to her 8-year old daughter. When she receives a bump on the head one day, she begins to remember small parts of her previous life as a lethal, top-secret agent. As she starts remembering more and more of her old life, she becomes deadlier and more resourceful. 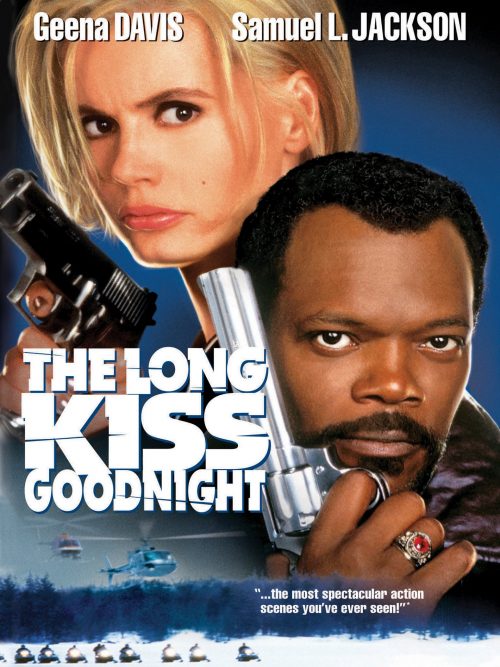 On their voyage home, the crew of a spaceship investigates an alien distress signal, inadvertently picking up and bringing aboard an extraterrestrial life form with violent and lethal survival instincts. Sigourney Weaver plays badass Ripley, who must navigate the ship back to safety. 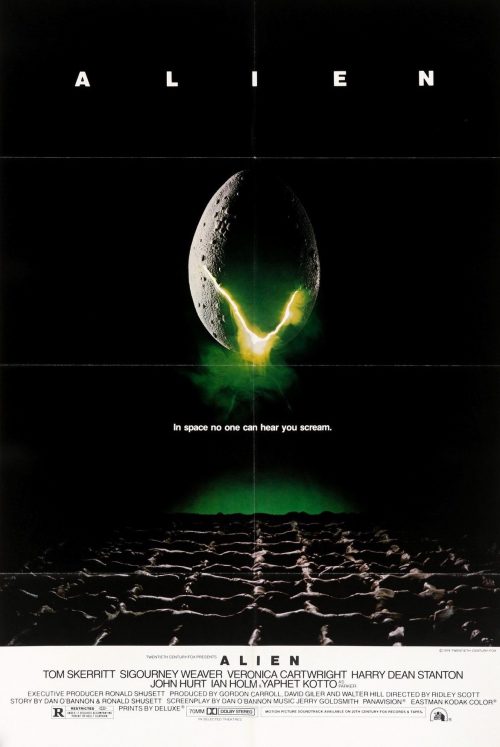 Jennifer Lopez plays a working-class waitress who thinks she’s entering a life of domestic bliss when she marries the man of her dreams. After the arrival of their first child, her picture-perfect life is shattered when she discovers her husband has a hidden dark side. Lopez prepares herself to defend and protect her daughter at all costs in this fan-favorite thriller. 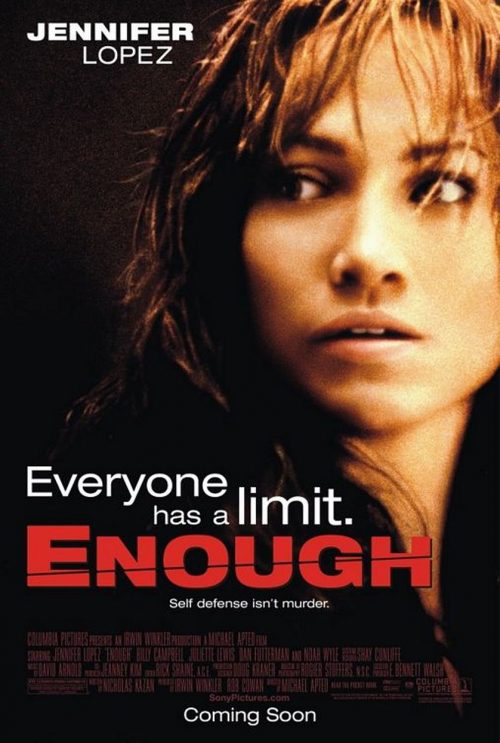 While it’s not a thriller, The Blind Side is a movie with a hard-headed mother figure played by, yet again, Sandra Bullock, who takes a homeless Black teenage boy into her home. The movie follows the family’s hardships over the course of their time together and through football. Eventually, Bullock helps transform his life into something bigger than anyone could imagine. 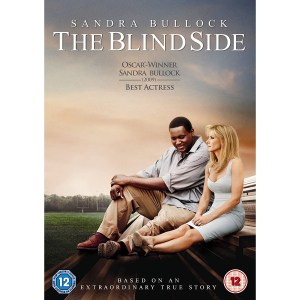 Courtesy of Amazon
Buy: The Blind Side $3.99
buy it

Mrs. Doubtfire is a delightful film about an eccentric dad of three children who impersonates a British nanny after a bitter divorce so he can care for his children at the home of their mother. Okay, so Robin Williams isn’t exactly a mom per se, but as the fun and endearing “nanny,” he’s made this one of his most memorable roles. 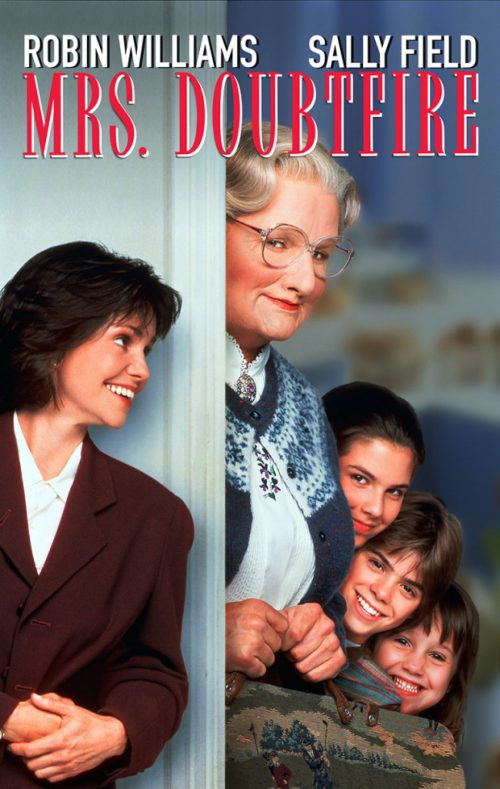