From wrestler, to highest-paid movie actor, to fashion collaborator and everything in-between, Dwayne Johnson is everywhere. But based on reviews and multiple award nominations for his hit HBO show Ballers, we think The Rock may have found his calling as a star of the small screen.

Johnson’s recent movie endeavors, Baywatch and Fate of the Furious, saw incredible financial acclaim, but lacked in critical reception. Ballers has been garnering pretty impressive recognition, including two NAACP Image Award nods and even  talk of Emmy snubs for the show. The series, now in its third season, is about the traps, tribulations and fast-paced rockstar life of professional football players who live large in Miami.

Produced by Mark Wahlberg and Stephen Levinson, Ballers is essentially the pro athlete version of Entourage (also produced by Wahlberg and Levinson). But the main reason the show is successful is Johnson, who stars as a retired baller-turned-wise financial adviser. Rotten Tomatoes credits Johnson’s performance for “bringing binge-inspiring charm and depth to the show,” and it’s hard to disagree. 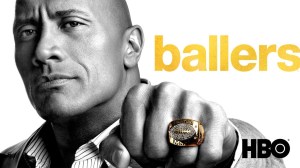 Although Ballers might not be as intellectually stimulating as other premium shows, it’s incredibly fun entertainment with a powerful, incredibly watchable performance by the always likable Johnson, and for that reason, we recommend watching it.

Season three of Ballers just premiered last week. Catch up on the first two seasons on Amazon , and watch the new season for free online with a free 7-day trial to HBO.