It is easy to get stuck in a rut of routine at work and at home. But once in a while, a piece of literature comes your way that peels back the layers of what the world has to offer and might even inspire you to take that dream trip you have been longing for. Whether it is a book that shares with you the secrets for an unforgettable road trip or bestselling books about authentic human experiences, there is no better time to commit to the next novel or autobiography this spring to ignite the travel bug within.

Dive into one of these five books from iconic authors like Jack Kerouac or more contemporary voices like Jedidiah Jenkins, where there is sure to be a story within these pages to move you from inspiration to direct action to plan your next great trip abroad.

1. “To Shake The Sleeping Self” by Jedidiah Jenkins

This bestselling book by Jedidiah Jenkins is a young man’s journey across the western coast down from Oregon all the way to the southern point of South America in Patagonia. Jenkins brings his readers closely with him as he rides his road bike along rugged terrain, sleeps in strangers homes and camps out in some of the most rural areas in the world. His western perspective might capture you from the beginning as his story is a rather relatable one, and then it becomes even more likely that his descriptions of the landscape and his willingness to explore his own limits will pull you in for no return. A must-read book for those looking to navigate something unknown—out there and within themselves. 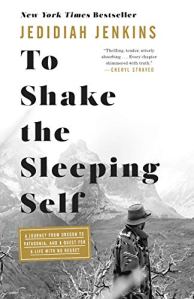 To Shake the Sleeping Self: A Journey from Oregon to Patagonia, and a Quest for a Life with No Regret

An unbelievable story that makes it seem more like a work of fiction than an autobiography. Gregory David Roberts escaped prison in real life and made his way to the cacophony of Bombay, India where he works in the slums to help with the medical needs of the locals. The richness in detail and spiritual reflections in this book make it an astonishing read that is hard to put down. If you haven’t read about the people and culture of India, this is a great place to start as Roberts brings the reader to the edge of his seat and to the cusp of flight. He remarks on his wild and winding journey saying, “it took me a long time and most of the world to learn what I know about love and fate and the choices we make, but the heart of it came to me in an instant, while I was chained to a wall and being tortured.” 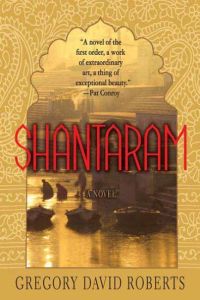 This classic book from Jack Kerouac is a staple in American literature for good reason. His commentary on the Beat movement during the 1950s is an essential voice that includes everyone who is willing to listen. “On the Road” is a deeply reflective piece of work on what it means to be a part of the shifting culture in America during this time while highlighting the radical and poetic voice of Kerouac. Warning: this book may inspire an impulsive trip across the U.S. and may be a reminder to put down your smartphone and discuss this momentous book between friends. 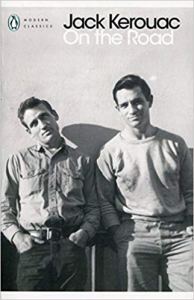 The best way to instill some inspiration for your next global journey is to dabble in a variety of cultures and voices from around the world. “The Bucket List” is a compilation of 1,000 adventures from across the planet so you can pick and choose which places speak to you for you to plan your next trek. Amazon’s bio about the book states, “from glassblowing in the Czech Republic to swimming with dolphins in New Zealand, “The Bucket List” is the perfect gift for the passionate traveler—an around-the-world, continent-by-continent listing of beaches, museums, monuments, islands, inns, restaurants, mountains, and more.” 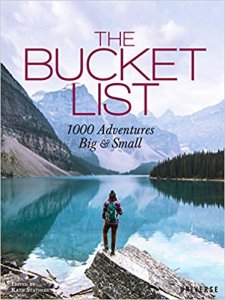 5. “The Motorcycle Diaries: Notes on a Latin American Journey” by Ernesto Che Guevera

One of the most influential voices from Latin America is Ernesto Che Guevera who documents his turbulent and dangerous trek across South America in the 1950s throughout this telling story. The 23-year-old Argentinian revolutionary takes readers along with him in this book that is compiled of his written journal entries that have been translated from Spanish to English. One professional book reviewer states, “there are fights, parties, and serious drinking. There are also moving examples of Guevara’s idealism and solidarity with the oppressed, in this vivid record of what for others would have been the adventure of a lifetime. No biographical study or understanding of Che Guevara is complete without the reading of his diaries recording his thoughts as he journeyed around South America.”—Midwest Book Review. This bestselling book is a deep-dive into what it means to be socially and politically driven towards change all while venturing into the soul of oneself. 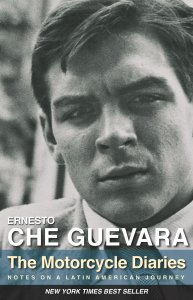 The Best Audiobooks to Listen to in Traffic