Launched sixty years ago, the Twilight Zone is one of TV’s most enduring icons. With its haunting voice-over introductions by creator Rod Serling and its unforgettable theme, placing it squarely in what the academics of a later generation would call the “liminal” space–neither here nor there–the Twilight Zone provided some of the Golden Age of TV’s most memorable moments. Showrunner Rod Serling, a prolific writer whose wartime experiences in the Pacific helped inspire lifelong activism against racism, hate and the thoughtless cruelty of war, brought to the show, and to TV itself, an unprecedented level of social insight. With his characteristically dry and detached voice, Serling gave us a haunting beauty that made The Twilight Zone, ironically, one of the realest things to ever hit TV.

A 2019 remake, with Jordan Peele at the helm, airs on CBS all access. So, whether you’re a long time fan who remembers when Twilight Zone marathons used to be rerun on holidays, or a really long time fan who remembers watching it when the first series came out, possibly on a black and white TV, or are just discovering that liminal realm, here are some Twilight Zone mugs– great for drinking all the coffee and staying up to binge the whole show.

This one features the memorable eyeball and door image from the Twilight Zone’s title sequence. 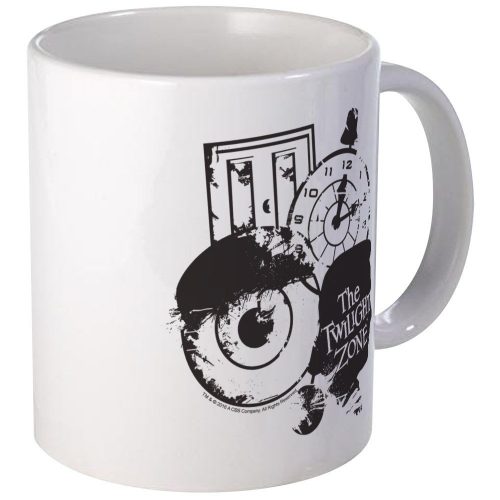 This coffee mug recalls the famous “Last Man on Earth,” episode of the original Twilight Zone. A cold war parable set just after atomic Armageddon, it’s a haunting reminder of how dependent even the most solitary among us is upon the fragile web of other people. 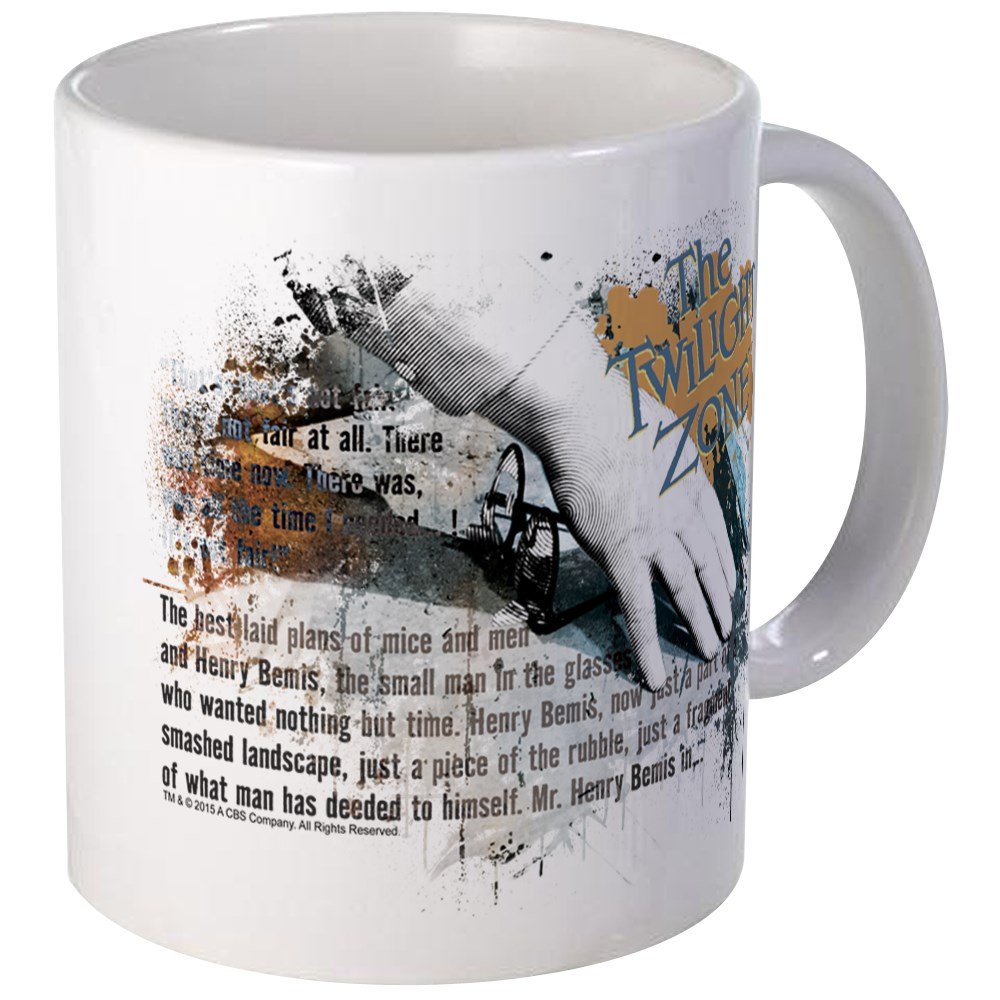 This mug has the Twilight Zone title in its unique font, against the backdrop of spooky outer space. 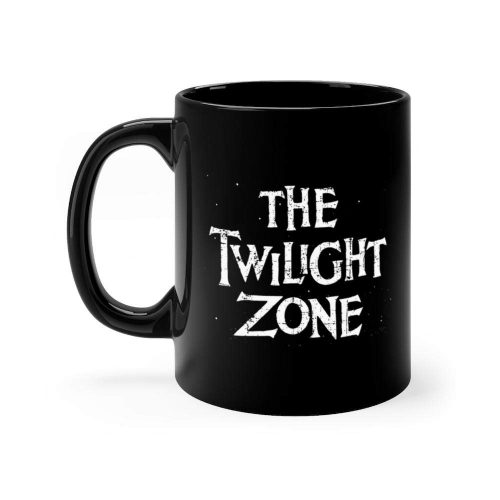 4. How Normal Are We Mug

“Just how normal are we?” This Twilight Zone mug asks a question to which many of us would shudder to answer, if asked before we’ve had our coffee. 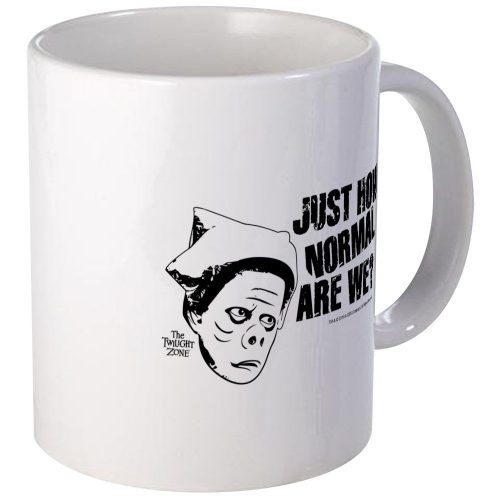 It’s hard not to get the spooky Twilight Zone theme song stuck in your head while looking at this trippy spiral in space mug. 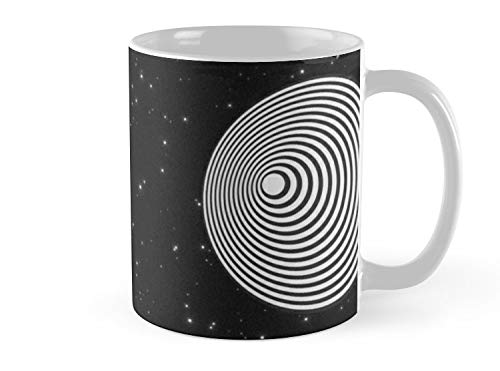