* Get Wonder Woman on Amazon Video, August 29; Blu-ray and DVD, September 19
* Extra features include behind the scenes footage and blooper reel
* An “Epilogue” can also be found, only on Blu-Ray version

The most empowering film of the summer, Wonder Woman is available for pre-order as the Blu-Ray release date of September 19 has just been announced. With a domestic box office total of over $400 million, the film received rave reviews for its portrayal of a strong female superhero, along with praise for a visually impactful motion picture from its director, Patty Jenkins. 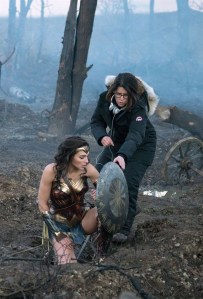 The Blu-ray and DVD will feature deleted scenes, behind the scenes footage and bloopers, as well as a featurette on the historical and societal importance of Wonder Woman. Indeed, star Gal Gadot’s embrace of a young fan at the recent Comic-Con underlies just how much of an impact this female-led flick has already made on the younger generation.

Analysts predict the home release of the film will make it a must-watch for families over the holidays and for years to come.

In addition to the gag reel and extended scenes, the bonus features also include an extensive look at Jenkins’ vision and filming process for many of the film’s iconic set pieces, like the Themyscira beach battle, Diana in the modern Parisian setting, and the memorable photograph scene. 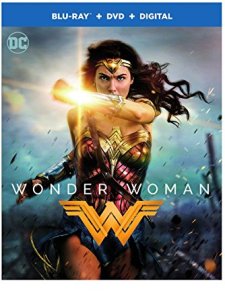 One exciting addition exclusively on Blu-ray is an extra called “Epilogue: Etta’s Mission.” This sequence shows Etta Candy reassembling the crew for an important mission, so if you thought Wonder Woman ended too soon, here’s your chance to watch more. We at SPY can only speculate on the plot, but if it features more of Etta’s signature sass, we’re in.

If you can’t wait that long for the Blu-ray release, the digital release of Wonder Woman is slated for August 29, when it will be made available for streaming on most major providers. All of this should tie you over until Gadot and Wonder Woman returns in Justice League, out November 17.