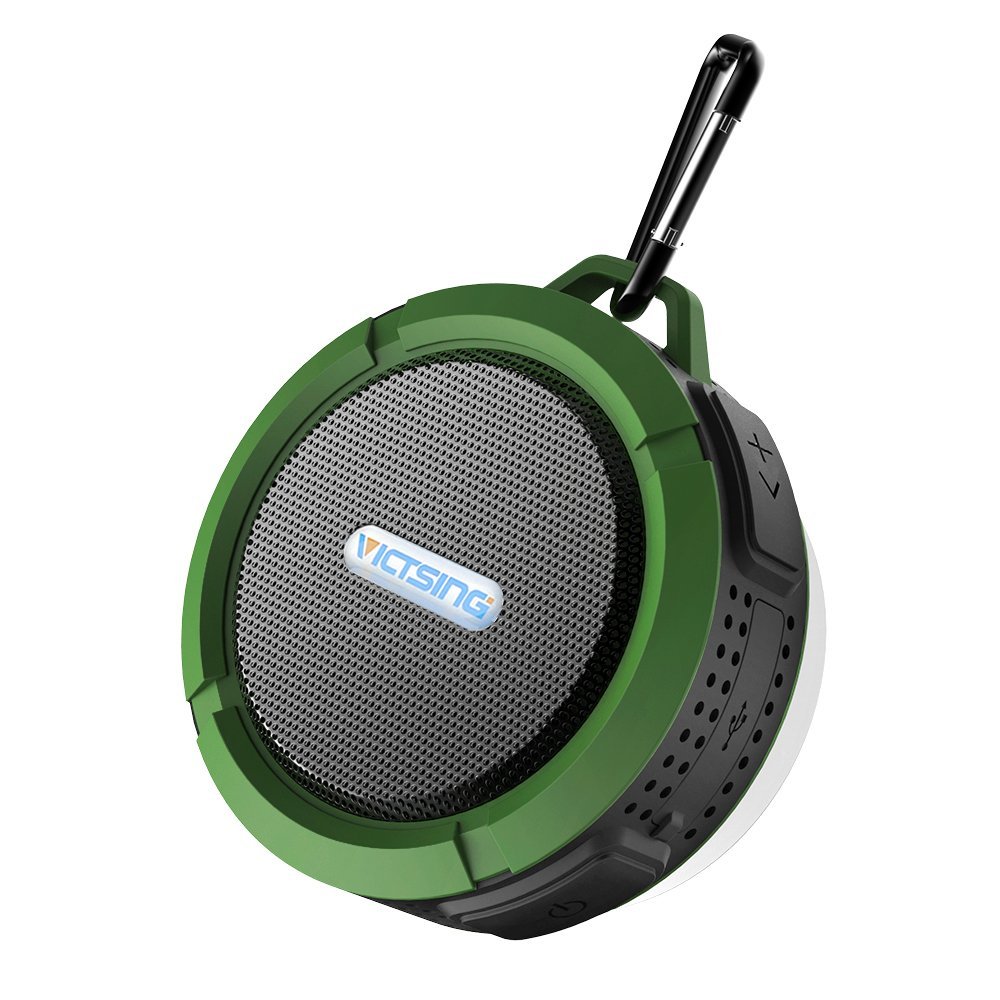 Silicone material and a superior interface design make this speaker shockproof, dustproof and waterproof to IPX4 (a rating system which measures water-resistance; IPX4 protects from splashing water, no matter the direction). Because it can withstand splashing water, the VicTsing Waterproof Speaker is ideal for moderately wet conditions. 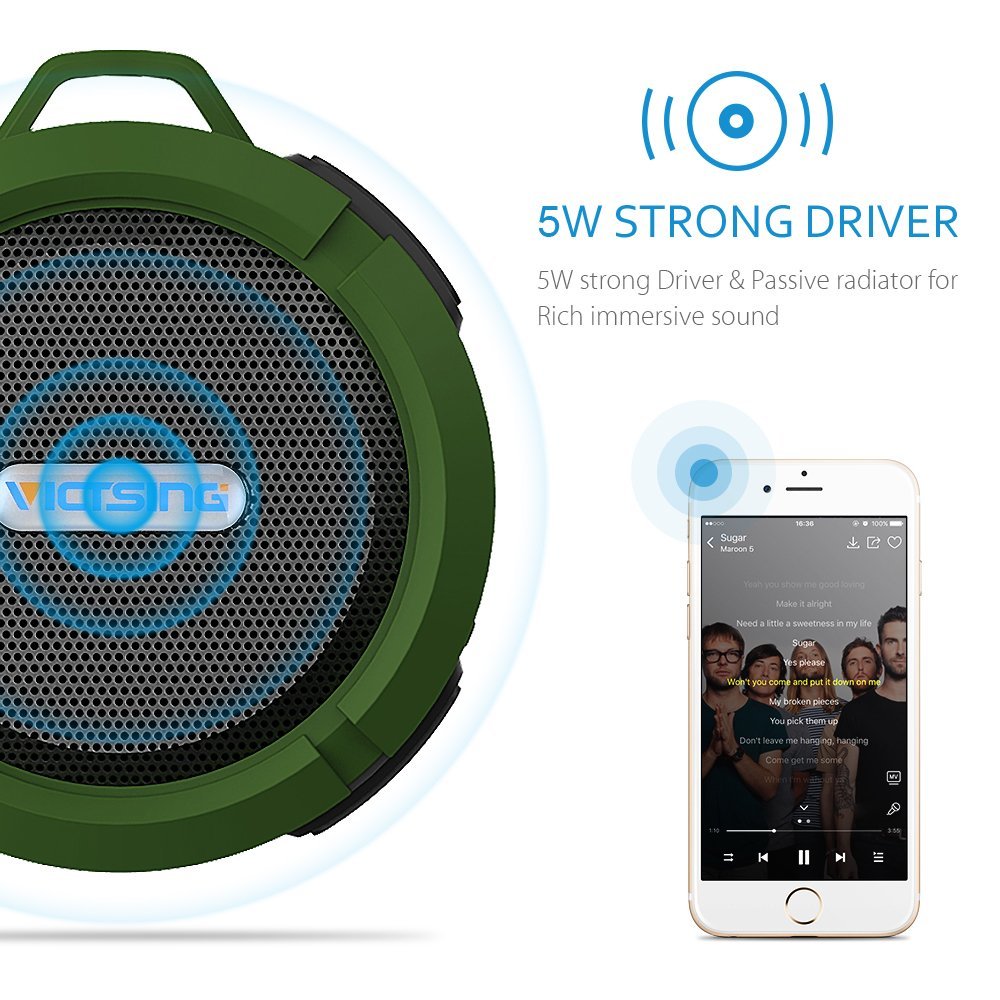 No matter where you take it, you’ll be impressed by the speaker’s user-friendly design. Detachable suction cups and a rustproof aluminum alloy hook let you put it wherever you like. A2DP Bluetooth connectivity and a 5W speaker mean you be able to stream incredible stereo sound with full range output. 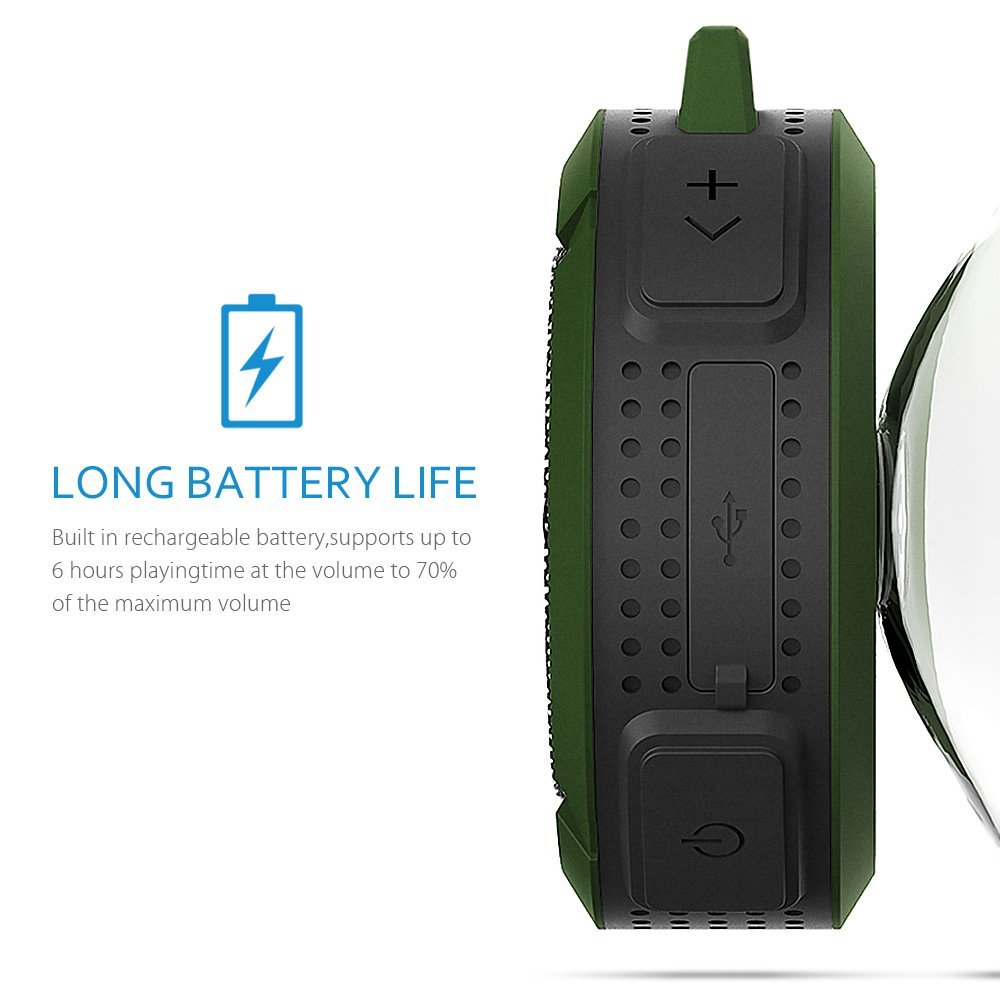 As an added feature, the VicTsing Waterproof Speaker also boasts a built-in microphone, which means you can enjoy hands-free calling anywhere–even the shower. The speaker’s built-in rechargeable battery offers up to 6 hours of play time at 70% maximum volume.