Remember when curved TVs were supposed to be the next big thing? If not, it’s OK. Nothing is wrong with your memory. They weren’t around for very long. The curved TV was the 2010’s technological shooting star. It emerged on the scene and in a blink of an eye, it was gone. It was the TV that nobody really asked for, so why was the curved TV even a thing in the first place? Why were they made and why did they flop into oblivion?

To be fair, curved TVs aren’t completely dead; Samsung still has a couple floating around in its product line. But the market has consistently moved in the direction of flatter, thinner and bigger TVs, and this trend has all but snuffed out the curved TV. As consumers invest in the best 65-inch flatscreen TVs, niche products like projectors and curved TVs are becoming more rare.

Add Comment
7 People Commenting
Temperance
3 months
Curved TVs are great... if they are 1) big, 2) you sit a reasonable distance away, 3)...

The Brief History of Curved TVs

Curved televisions made their introduction in 2013 at CES. This is also right around when OLED display technology was coming onto the scene, and Samsung and LG believed that a curved unit was the best way to utilize the new display technology.

Add Comment
7 People Commenting
Temperance
3 months
Curved TVs are great… if they are 1) big, 2) you sit a reasonable distance away, 3)…

The idea of the curved TV came from IMAX theater screens. The slightly curved screen engulfs the viewer and provides a unique panoramic experience. Samsung and LG wanted to replicate this immersive experience inside the home. While it seemed like a good idea in theory, the actuality of a 55-inch curved screen didn’t quite live up to the hype.

Samsung really ran with the idea of curved TVs from about 2013-2016 and included everything from LCD curved TVs to high-end models. In 2017, Samsung began to retreat from the idea because, well, not many customers bought them. That’s when Samsung started to re-introduce high-end models in a flatscreen model instead of curved.

Curved TVs are essentially dead now, but Samsung still offers the RU7300 model in both 55- and 65-inch models. 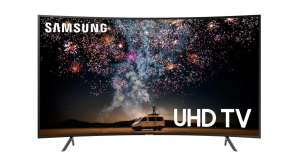 The Problem With Curved TVs

So, why did things go so poorly for the curved TV? It all starts with the immersion idea. IMAX theaters work with curved screens because the screen is actually large enough to curve around the audience, making everybody somewhat within the curve, creating a panoramic depth to the screen. A 55- or 65-inch TV isn’t nearly large enough to do that. This results in a poorer viewing experience unless you’re sitting directly in the middle of the TV and have zero lighting in the room (we’ll get to that shortly).

When you’re sitting even slightly off-center from a curved TV, a few things happen. The first is an awful amount of glare. The curvature of the TV reflects any light across the screen, essentially washing out the screen and making it unbearable to watch. Whether it’s light from windows, lamps or wall fixtures — it all causes horrible glare.

Sitting off-axis or off-center also creates bowing in the image. This can occur anytime you aren’t completely center and level with the TV. For instance, even if you are standing and slightly looking down at the TV, this can create noticeable image bowing. Letterboxes (the black bars across the top and bottom of the screen) also start to distort with curved TVs. The letterboxes will look as if they are bending upward towards the curvature.

If providing a mediocre viewing experience wasn’t bad enough, curved TVs also look strange when mounted. The curvature doesn’t allow the TV to sit flush with the wall. The earliest generations of curved TVs didn’t even have the option to mount them to a wall. A mounted curved TV resembles a sticker that is slowly peeling off the surface. Nobody wants to see the back of the painting when it is hung on a wall, let alone the back of the TV. Not only are curved TVs harder to watch, but they are also harder to look at, especially when mounted.

Should I Buy a Curved TV?

There are obvious pros and cons to curved TVs. And while we’ve covered a lot of cons so far, curved TVs aren’t a complete waste. If you are an army of one who likes to immerse yourself in your home theater, then yes, this could be right up your alley. But if you have plans to host the Super Bowl, a curved TV is not a wise investment. Instead, we would recommend a top-quality OLED TV like the one below. 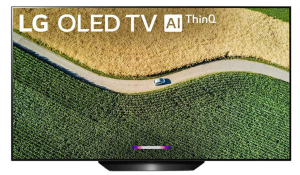 Even though curved TVs are hard to find, there are still a variety of new and used models available from Samsung and LG. And these televisions definitely have their proponents. The most popular curved TVs left on Amazon have very positive reviews, with customers applauding the incredible picture quality. That being said, because the last generation of curved TVs date back to 2016, newer TVs will have more advanced features.

If you want to experience the benefits of a curved TV before they disappear completely, then the best models available  are from Samsung. We’ve written up about a few of the models below. 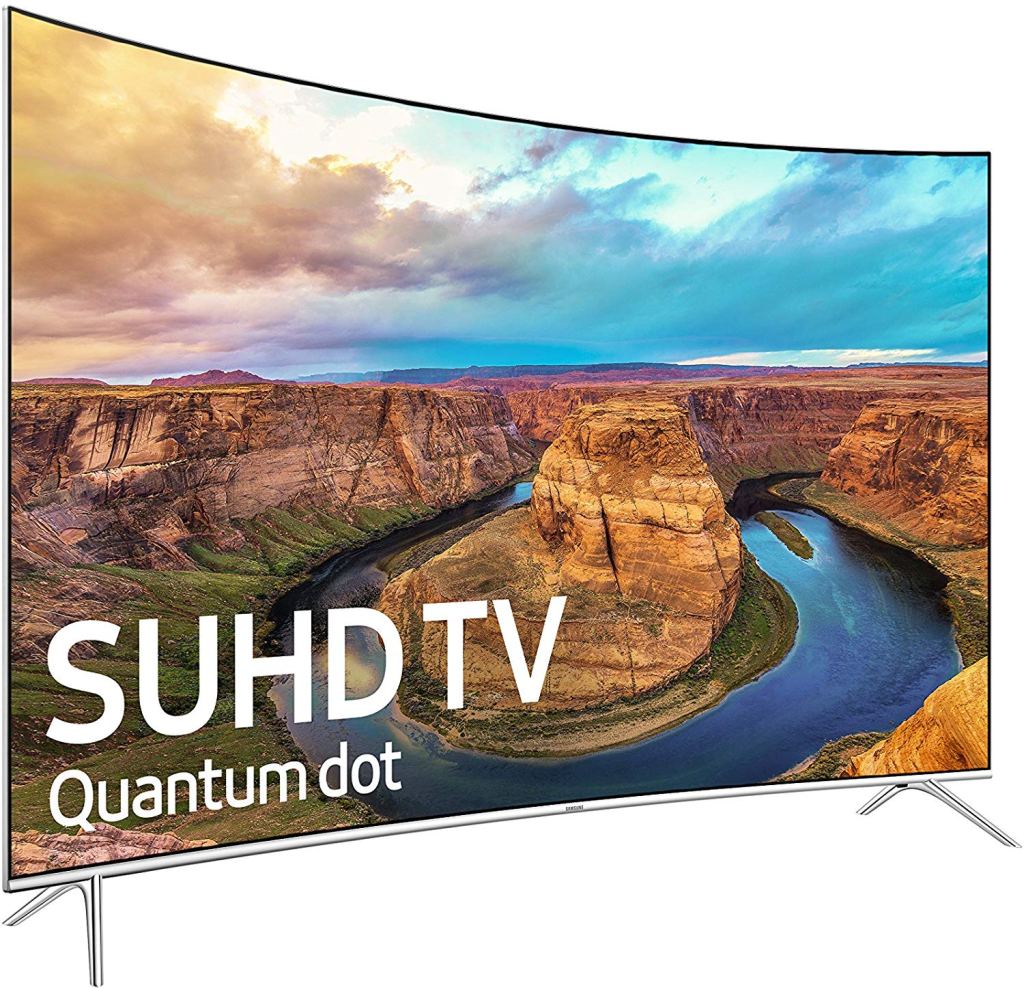 Upscale every show, season and movie you watch these days with this curved television from Samsung. It’s got 4K depth of detail and enhanced detail with HDR capabilities that offer you a more vivid viewing experience than even HDTV can offer. Purcolor reveals a whole spectrum of millions of shades on this TV, and it’s got Smart TV capabilities including Alexa and Google Assistant capabilities, and a OneRemote that’ll control all your synced devices. 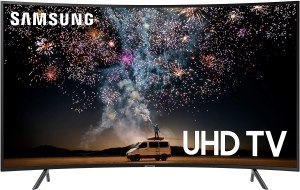