* Full of hilarious, never-before-told stories
* A woman’s candid perspective on working in the White House
* Available on Kindle, hardcover and Audible

Alyssa Mastromonaco wasn’t always the political star she’s seen as today. Even though her days in government are over, her new book takes readers back to when she was the White House Deputy Chief of Staff, using hilarious behind-the-scenes anecdotes and up-close-and-personal moments with Senator-turned-President Barack Obama, that shines a fresh perspective as to who he is as a leader, man and friend.

In her debut memoir, “Who Thought This Was A Good Idea? And Other Questions You Should Have Answers to When You Work in the White House,” Mastromonaco shares her humble beginnings from bagging groceries in high school, to making sure the slogan, “Change You Can Believe In” was painted in the correct font on a Boeing 757 for Obama’s campaign travels. 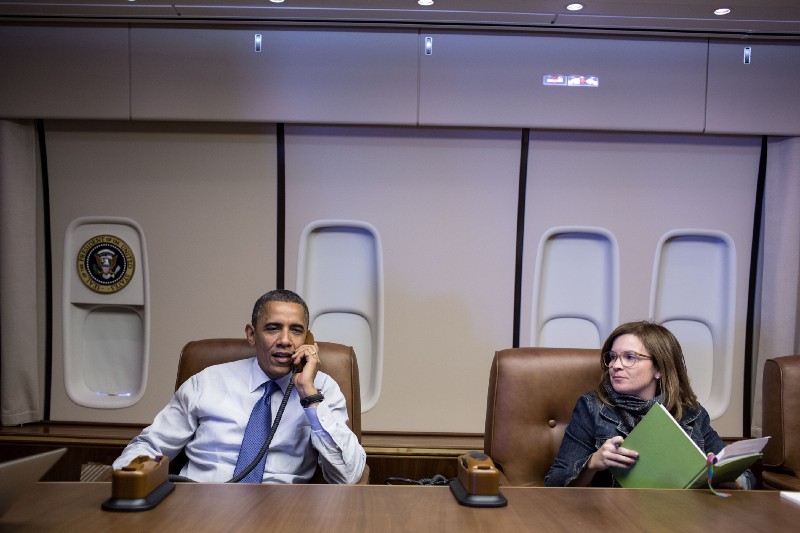 Who Thought This Was A Good Idea? And Other Questions You Should Have Answers to When You Work in the White House

Less than 20 pages into her memoir, Mastromonaco switched gears to the time when a certain basic accommodation for female staffers was scarce in the White House. This soon became her biggest legacy and one of her favorite achievements: getting a tampon dispenser installed in the West Wing bathroom. No stranger to being one of the few women in the White House boys’ club, she made it her mission to speak openly and vocally about the matter. “If we were truly serious about running a diverse operation and bringing more women into politics,” Mastromonaco writes, “we should give the office a basic level of comfort for them. Even if you had to pay a quarter, it would be better than menstruating all over the Oval.”

Ultimately, Mastromonaco hopes her book encourages more women to get excited about politics and pursue a career in government. “If you have the passion and commitment, you can do it,” she says. “You don’t have to be Harvard-educated with a dad who’s a Congressman to work at the White House.”