The Xbox Series X finally has a price and release date. The new console from Microsoft touches down on November 10, 2020, for $499, ushering in a whole new generation of console gaming.

As Microsoft’s newest system inches ever closer, fans can’t get enough of hungrily devouring every single bit of information that comes down the pipeline about the Xbox Series X. Fortunately, with the newest revelation from Microsoft, we aren’t limited to Xbox Series X rumors.

Luckily, there’s plenty to go by when it comes to official specs and games to expect for the system. Microsoft has been quite forthcoming about what its latest home console will contain, issuing a glut of information for eager gamers to devour on the official Xbox blog. While a release date has yet to be announced for the Playstation 5 we actually know quite a bit about the new Xbox console.

Now that we know the official Xbox Series X release date, it’s time to catch up on what this new Xbox console has in store for us. Keep reading to learn what we know about the Xbox Series X so far, from confirmed specs to potential titles. We’ve also got some information on the newly announced Xbox Series S, a budget version of this next-gen console.

The full official specifications of the Xbox Series X haven’t been revealed yet. However, Microsoft has offered a sneak peek at some of the features we can expect. For instance, we know that the console will get a serious power upgrade, up to around four times more than the previous system, the Xbox One X.

Current estimations indicate that the Xbox Series X will feature a custom 8-core AMD Zen 2-based CPU, a custom AMD Navi-based GPU delivering 12 teraflops of power, and 16GB of GDDR6 RAM. It will feature 4K Blu-ray capability, an SSD with supposed read speeds up to 2GB/s, and support for 8K and 4K video at 120 FPS. 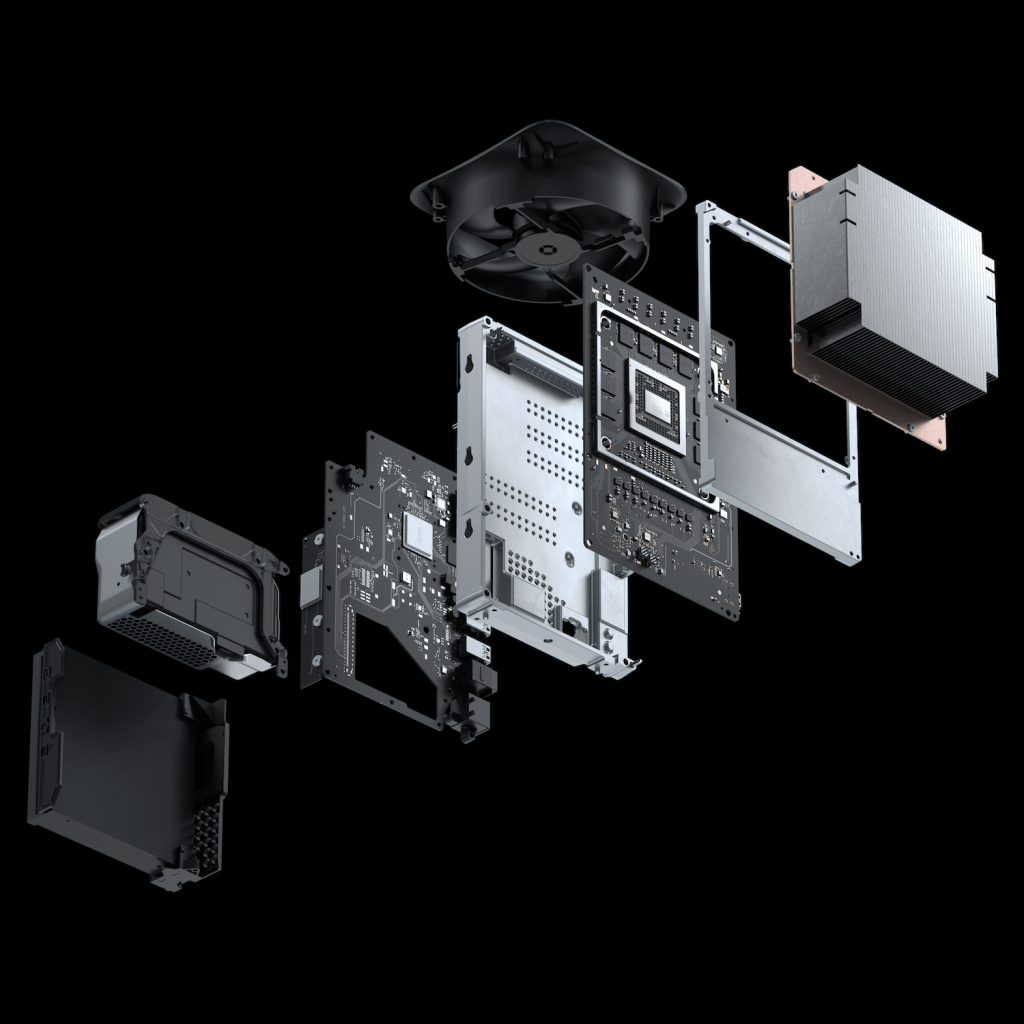 As far as the system itself, it will feature a vertical profile instead of a horizontal base like previous Xbox systems. It’s estimated to stand about 12 in. x 6 in. x 6 in. Because it stands upright, it resembles a mini PC tower more than a typical gaming console, which gives it an intriguing look. But Microsoft has also said that it’s perfectly fine to lay the console on its side.

It’s a sleek-looking machine, as you can see below. 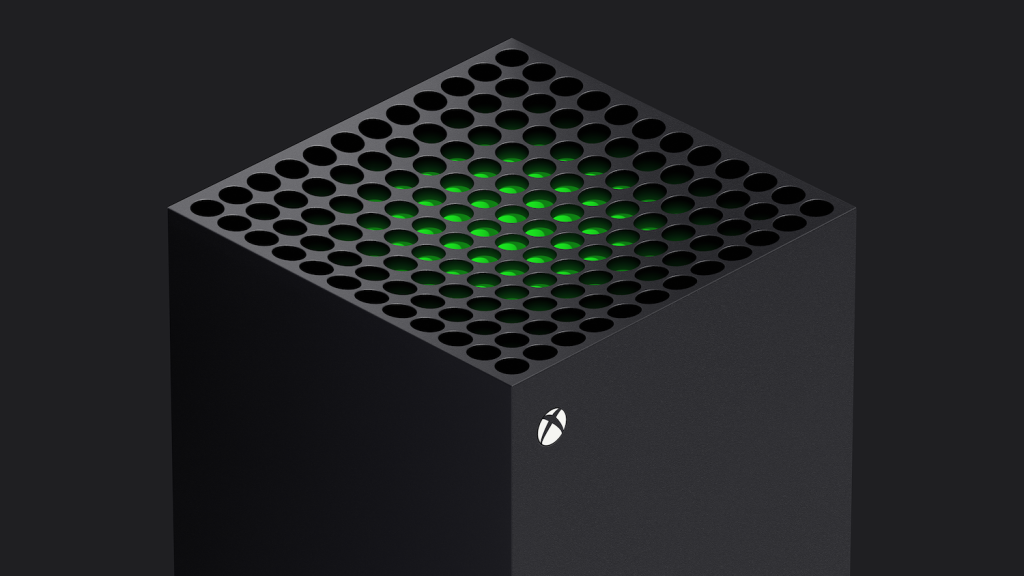 When the Xbox Series X hits store shelves in November, there will be a host of hotly-anticipated titles available for purchase, with plenty more to come once developers get into the swing of announcing additional software. Some of the initial launch titles include:

However, not every single one of these titles will be released solely for the Xbox Series X. Some games, like Assassin’s Creed: Valhalla or Marvel’s Avengers, are already out on current consoles or will end up on them when the game is released.

Before the end of the year, there should, at the very least, be a few established exclusives not set for the PlayStation 5 or Nintendo Switch. And those alone should draw crowds to pick up a system and see what it has to offer. Microsoft has remained quiet on whether there will be any additional established franchises making their return on the system.

The $499 price tag on the Xbox Series X is identical to what the Xbox One cost when it launched in 2013 and will likely be identical to the launch price for the PS5. 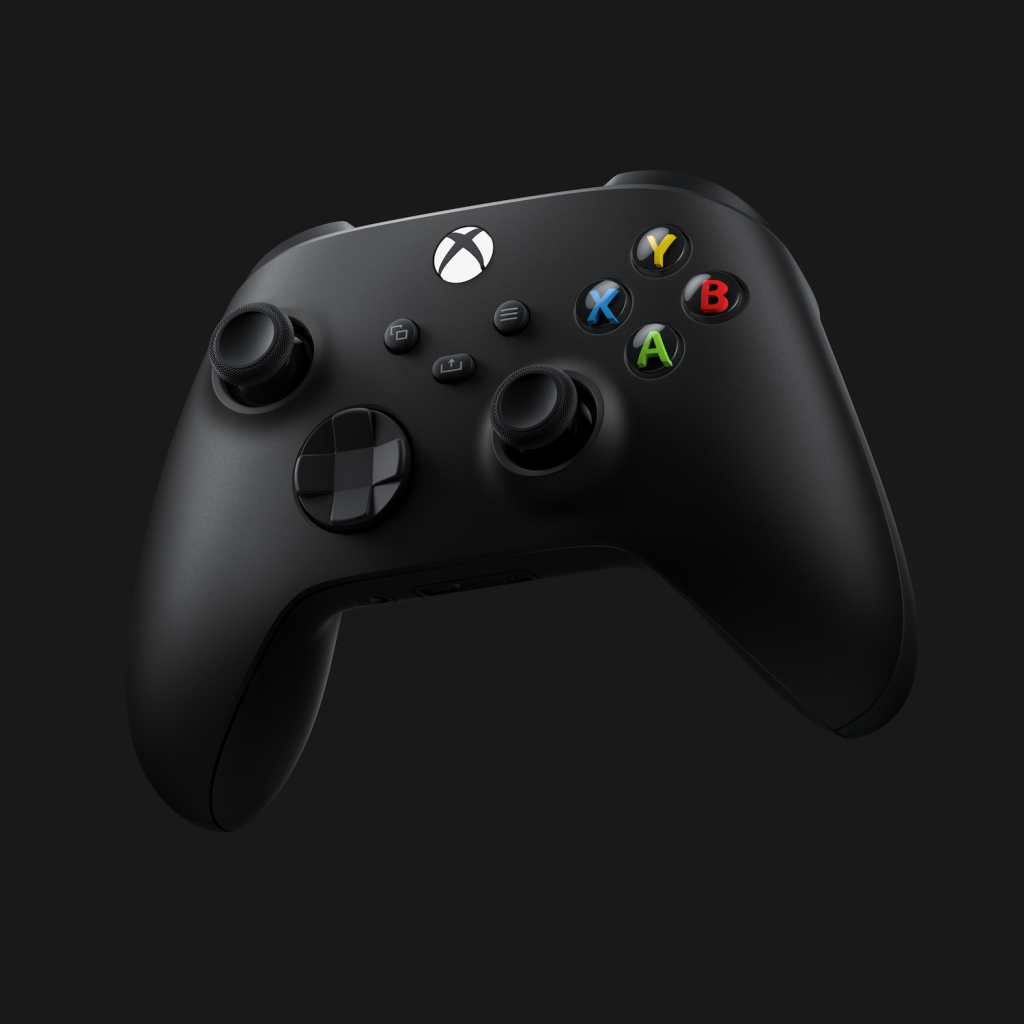 For those who don’t want to splurge quite that much, Microsoft also announced a cheaper, less-powerful Xbox Series S that will sell for $299.99 and promises to be 4x more powerful than the Xbox One X.

You already know that you can the Xbox Series X will arrive in living rooms on November 10, but you might also be wondering when can you pre-order it. Microsoft says that pre-orders will open on September 22 and will include the option to purchase the new console as part of the Xbox Game Pass program. That option will allow you to pay $34.99 over 24 months and in addition to receiving the console, you’ll have full access to Microsoft’s subscription games service.

What Is the Xbox Series S?

Now that the 2020 Console Wars are heating up, Microsoft is looking for any edge it can find over the upcoming next-generation Playstation console, the PS5. The PS5 is also set to be released before the holidays, although a lot of details remain unknown. Now, Microsoft has accounced that in addition to the Xbox Series X they will also be releasing a more basic version of the console, the Xbox Series S.

Basically, the Series S is the iPhone SE to the iPhone 11 Pro. This budget version of the console will retail for $299. We don’t have a ton of details yet, but we do know that the Xbox Series S has a design that the Internet loves to hate.