The phrase “game changer” gets thrown around a lot these days, but when adidas debuted its Ultraboost sneaker back in 2015, it truly changed the way people looked at a classic running shoe. With its performance-minded materials and forward-thinking design, the Ultraboost seamlessly transitioned from the track to the streets, becoming one of the first running shoes in the market to cross over into the fashion space. Within weeks of its release, the shoe, which was designed with marathoners in mind, had become a standout style statement too, thanks to its instantly recognizable knit upper and chunky sole, which not only provided increased comfort, but also served as an unofficial status symbol as well.

Aided by adidas’ revolutionary “BOOST” technology, which delivers more energy return than a standard rubber sole, the Ultraboost quickly became one of the best-selling sneakers in the market. In the four years since its launch, the shoe has inspired countless numbers of similar models and other “knit sneakers” from competing brands. These days, you can’t take more than a couple steps – at the gym, at school, at the airport, or just walking around town – without seeing someone in a pair of Ultraboosts – or something similar. 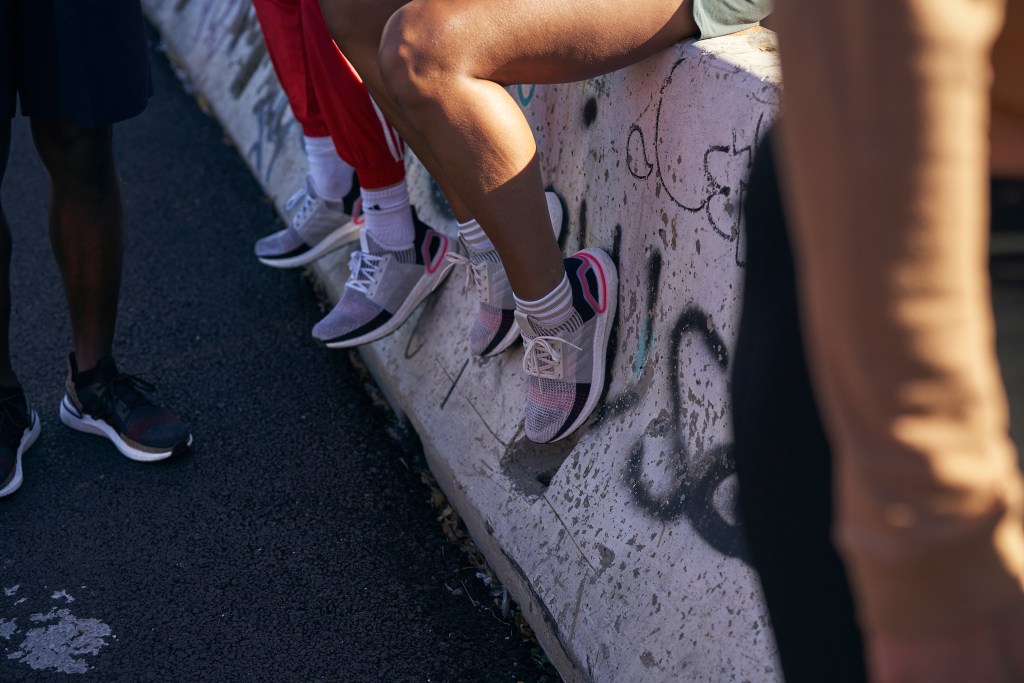 As competition grew, adidas knew it needed to continue setting the pace rather than resting on its laurels. The result: in December the company unveiled its all-new adidas Ultraboost 19, the most responsive, energy-charged version of the iconic running silhouette to date.

To create the new adidas Ultraboost 19, adidas designers and product developers worked with thousands of runners world-wide to narrow down the key features of the shoe to just four performance-driven components: BOOST technology, Torsion Spring, a 3D Heel Frame, and a Primeknit 360 upper.

The result: a lighter, more responsive shoe that delivers better power and traction during your run, without losing its iconic style and silhouette.

“Running is constantly evolving, so we designed the reboosted and re-energized adidas Ultraboost 19 to empower runners all over the world to keep challenging and changing what running is and what it looks like, says Sam Handy, VP Design, adidas Running. “We have created a shoe that provides more energy return than ever before so that all runners can run with power and confidence in whatever way their creativity takes them.” 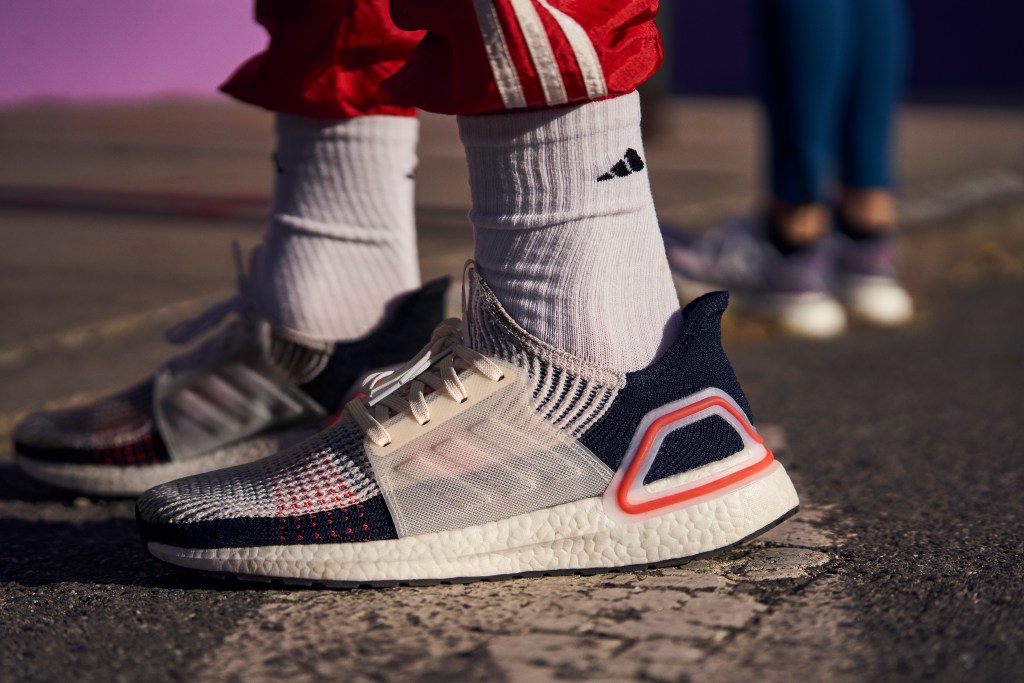 The reimagined shoe features a completely seamless upper, made from the super snug and comfortable Primeknit material; 20% more BOOST in the midsole to inject more energy into each step; a brand-new Torsion Spring to propel you forward effortlessly without losing balance or control; and a 3D Heel Frame, which cradles the foot on impact, providing enhanced support and stability for a more confident run.

The Ultraboost 19 is the fifth version of the shoe to be released, and it’s already proving to be a hit. The unisex sneaker is available in a number of colorways for men and women, and reviewers say it’s the perfect pair of shoes to wear to a workout or run, while transitioning effortlessly to the rest of your day as well. Among the raves: reviewers like the flexible, responsive knit material, which cradles your feet without boxing them in like leather sneakers, and allows your feet to breathe more naturally too. They also say the new Ultraboosts provide increased stability on the ground, while remaining super durable even after long runs or a heavy training session. Think of it as the running shoe recoded – a pair of sneakers that works as hard as you do and holds up to your grind, without sacrificing good looks and style.

Shop the full Ultraboost 19 collection right now on adidas.com. What we like: sign up for adidas’ free “Creators Club” program and earn points on every purchase. The points unlock different stages of access on the site that get you things like exclusive discounts, early access to limited drops, and free shipping and free returns.

Whether you’re a hardcore runner or a streetwear fan, the Ultraboost evolution is making its way to your circles this spring. The only two questions left: what’s your size and what color are you getting?

This post is sponsored by adidas, whose products we know and use. All opinions are our own.