In 2021, telling time is often the least important function of the watch on your wrist. While some people prefer analog and automatic watches without too many special features, the best men’s watches are now dominated by smartwatches like the Apple Watch Series 6. Regardless of the brand or type of timepiece, smartwatches can now register temperature, barometric pressure, your heartbeat and your precise GPS location. In today’s post, we’re specifically looking at compass watches that tell you, in no uncertain terms, where to go.

The best compass watches feature either an analog or digital compass, and they can be a handy tool for boaters, hikers and runners alike. However, watches with compasses include a few different types of timepieces:

Below you’ll find a surprisingly affordable collection of compass watches in a variety of looks and with a myriad of functions. That affordability is a prime attraction of these rugged, yet comparatively simple devices. They look good on the wrist, tell you the time and point in the right direction — sometimes for less than $100.

This list focuses on “traditional” and functional watches including a compass or GPS feature. That includes a more standard watch face (digital or analog), bezel, perhaps an am hour hand, minute hand, date readout, etc. That’s as opposed to smartwatches with full touchscreens and extensive app libraries. That’s another guide for another day.

Showing up in a sort of satin army green, the Garmin Instinct Tactical is constructed to military standards for temperature, shock and water resistance. Its compass functions on three channels (GPS, GLONASS and Galileo) to avoid losing the compass signal and function. This Garman has a three-axis compass, barometric altimeter and a heart rate monitor. While it doesn’t have that fully functional touchscreen of a 21st-century smartwatch, it does provide smart notifications. All of this functionality comes with a little higher price at $199. The Garmin Instinct is pictured below in its tactical military-green colorway, but it’s available in a variety of colors and designs. 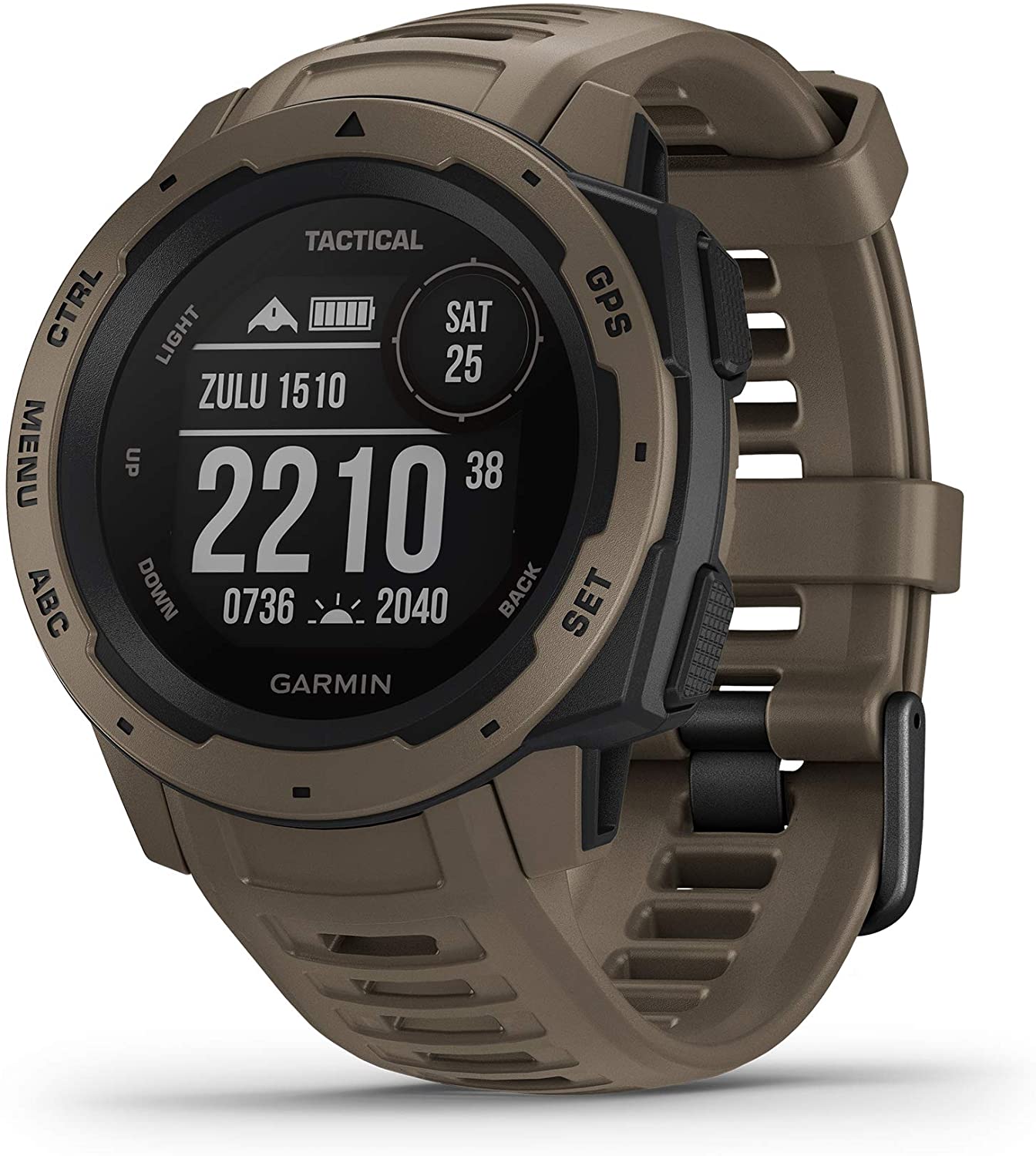 One of the more expensive entries here at more than $400, the Polar Grit X claims to be the lightest GPS watch that adheres to military durability standards for temperatures, drops, humidity and water resistance. Armed with a compass that will give you turn by turn directions and an altimeter, the Grit X also employs its FuelWise technology to make sure you’re eating and drinking properly through the day. It’s sort of like having your mom strapped to your wrist, as disturbing an image as that might be. 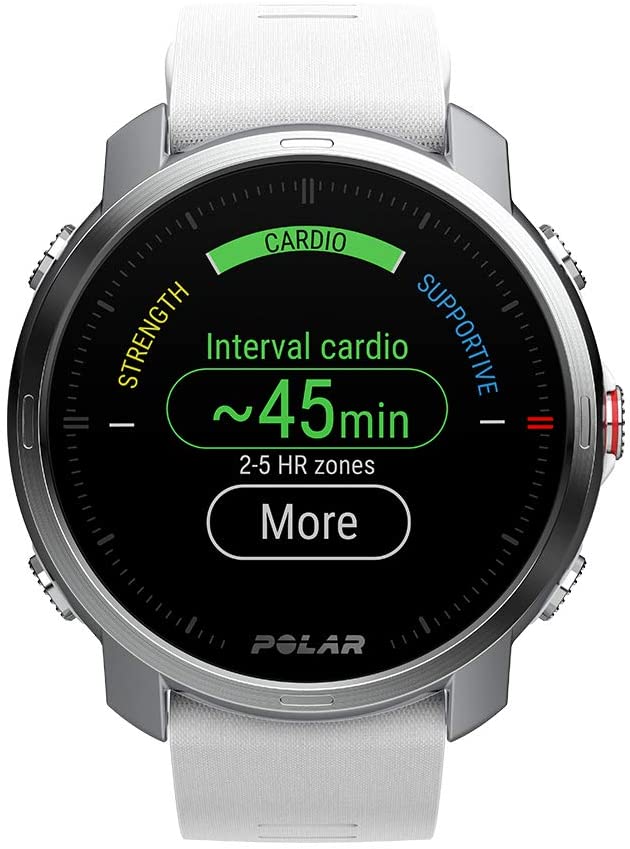 Looking as tough as it wears through its active wearer’s daily life, the G-SHOCK Move tracks where you’re “moving” and how aggressively you’re progressing. While the $450, compass-armed watch puts its GPS functions to work to track fitness and suggest workout routes, the Move also tracks and displays heart rate while monitoring a heart rate zone to show exercise intensity. In an unusual additional function, the G-Shock calculates maximum consumable oxygen uptake per kilogram of body weight in one minute — offering a way to record cardiorespiratory ability. 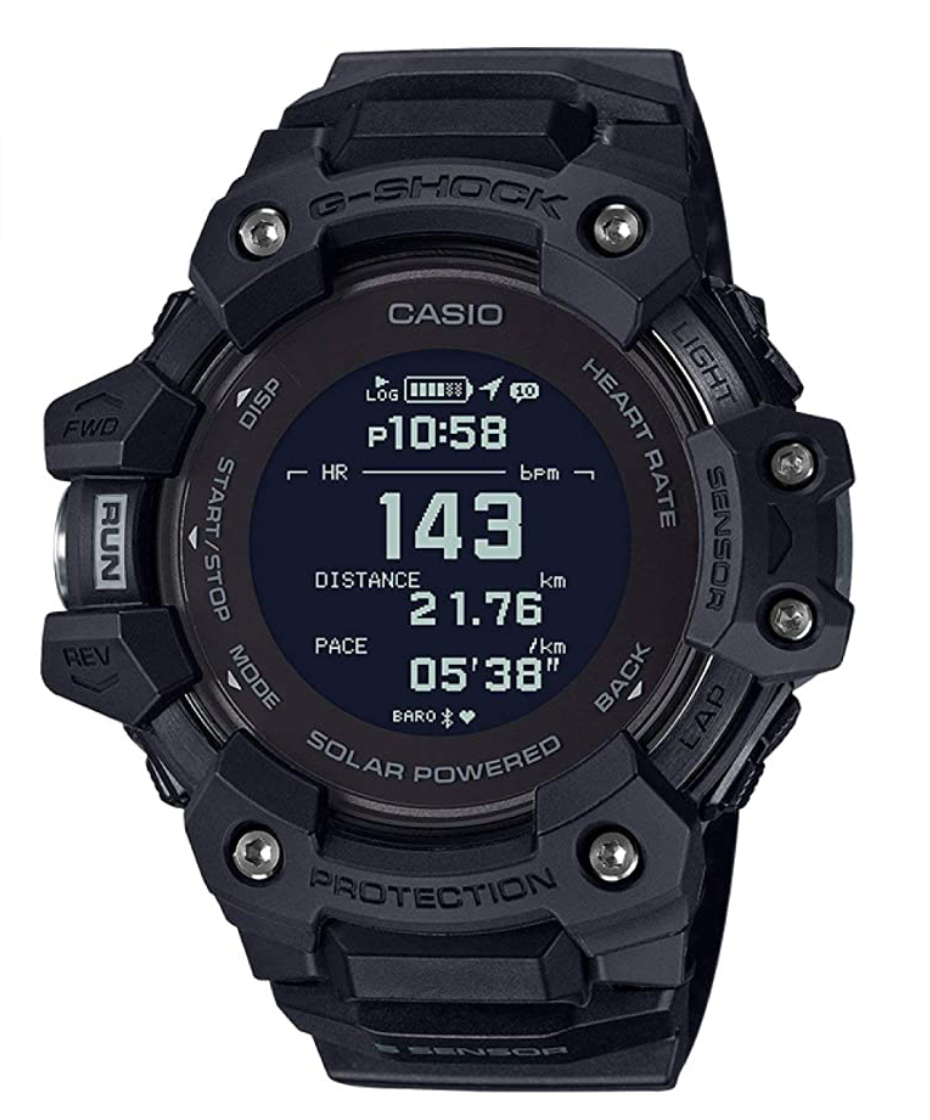 Suunto makes some of our favorite GPS smartwatches, and the brand is known for high-tech smartwatches built for running, hiking and exploring the great outdoors. The Suunto Core doesn’t have GPS capabilities, but it does feature an extra layer of durability, which is what sets this military-style sports watch apart from other Suunto offerings. In addition to a compass that points the way, this watch boasts temperature readings, an altimeter and a barometer. Plus, with more than 8,000 ratings from Amazon shoppers, you can trust that this is one of the best compass watches for sale in 2021. 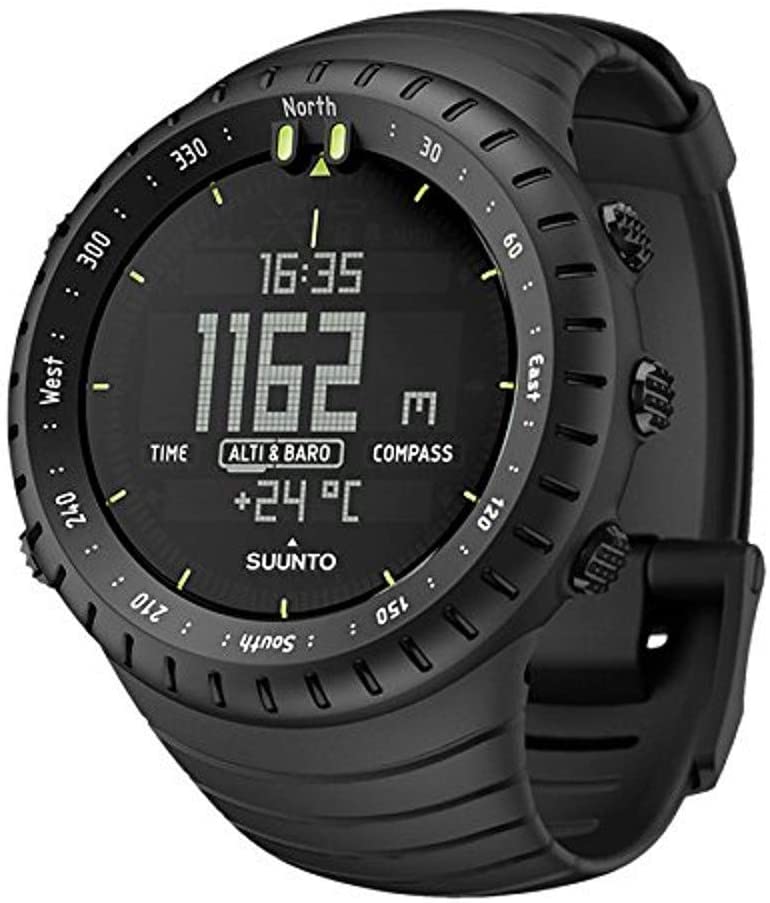 While it might seem quaint to members of Gen Z, once upon a time digital watches were the high-tech upgrade to traditional analog watches. Of course, now digital watches are generally considered budget timepieces compared to modern smartwatches. If you’re looking for an affordable compass watch from a trusted brand, then you’ll want to go with this Casio digital watch, which features time and calendar functions, a thermometer, stopwatches, alarms and a digital compass. 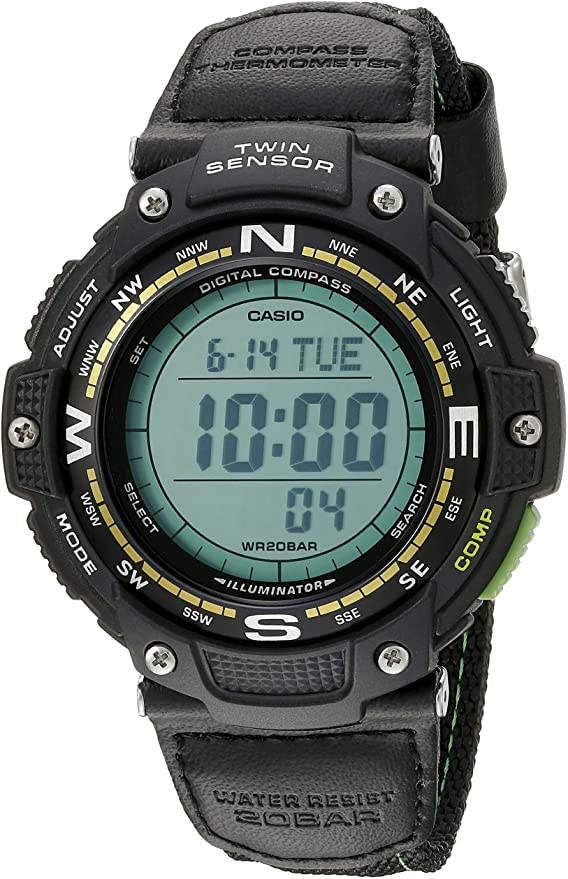 If you’re looking for a watch with an analog compass built into the watch face, then you’ll want to order the Timex Compass Tide watch. Unfortunately, Timex has discontinued this watch, so it won’t be available forever. The watch bands are known to break with heavy wear and tear, but Timex does sell replacement bands for these compass watches on its website. This tide watch is designed for boaters and anglers, as it doesn’t just tell you the time and direction, but also helps you keep track of high and low tide. 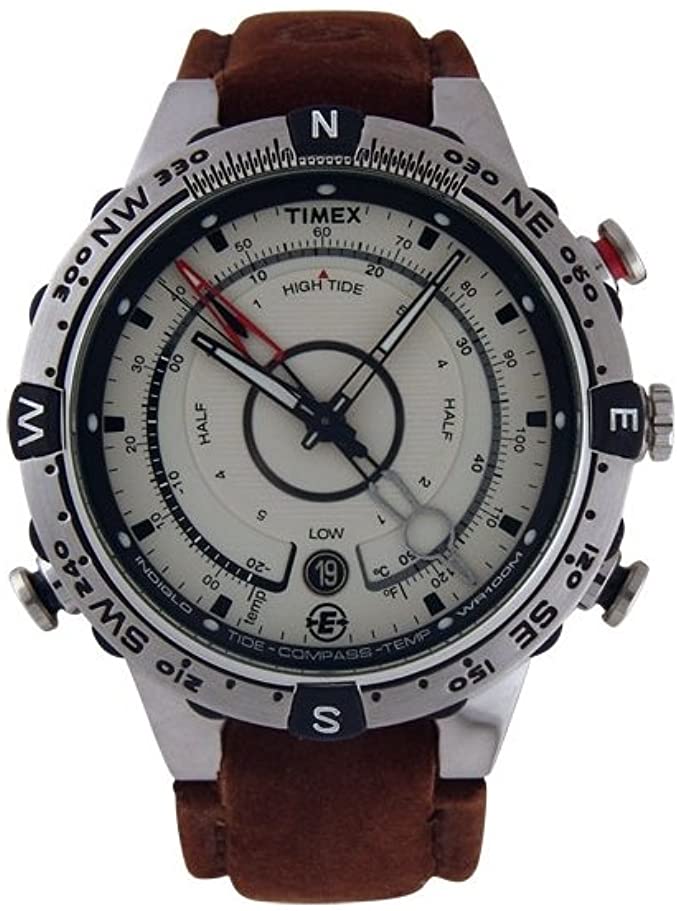 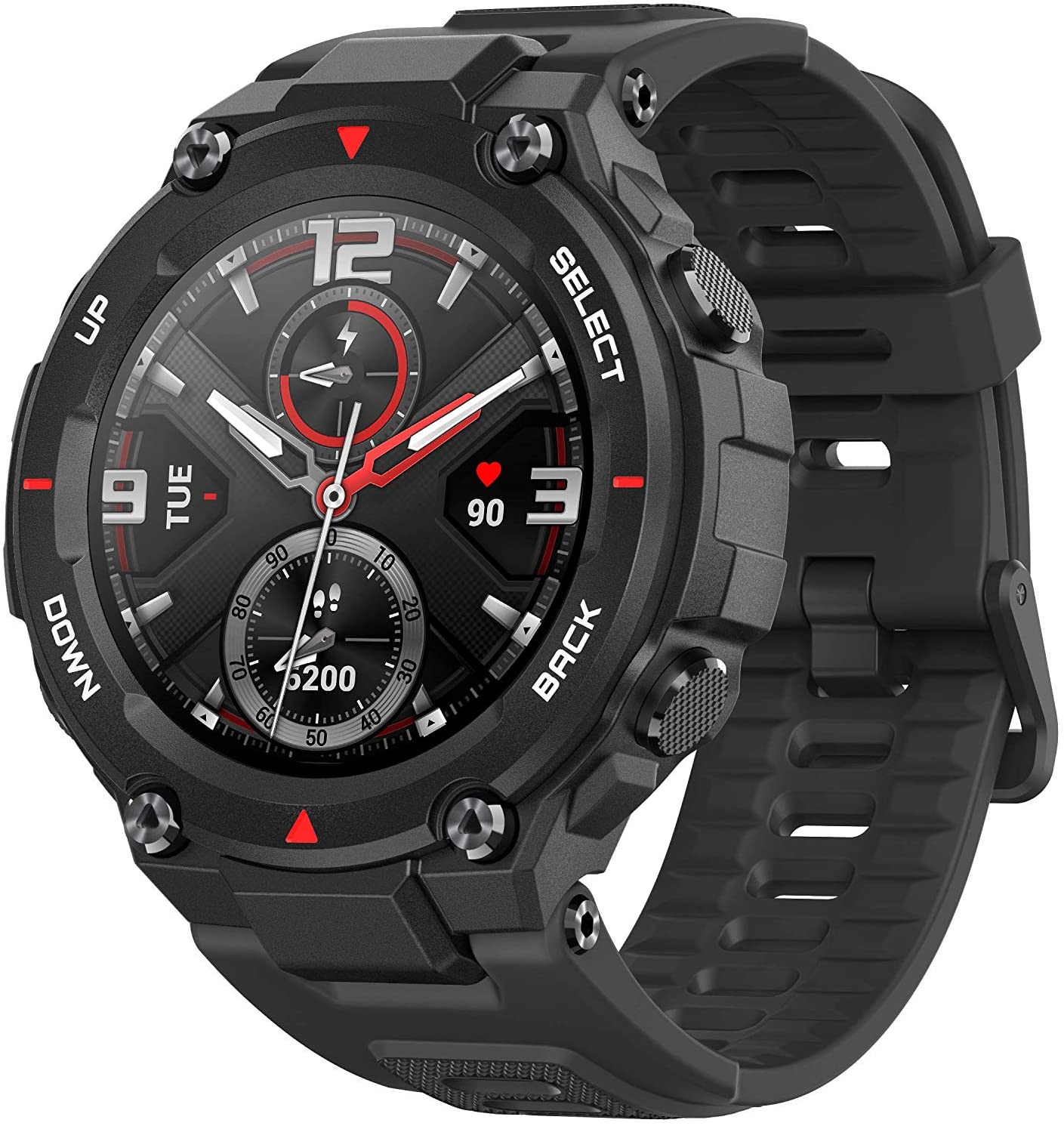 This little compass attachment won’t tell you the time, but it will help you keep track of where you’re going. This small clip can be worn like a watch, clipped onto your watch band or pinned to the side of a field notebook or similar piece of gear. It’s a simple analog compass, which many people will prefer to a fancy digital compass or GPS smartwatch. 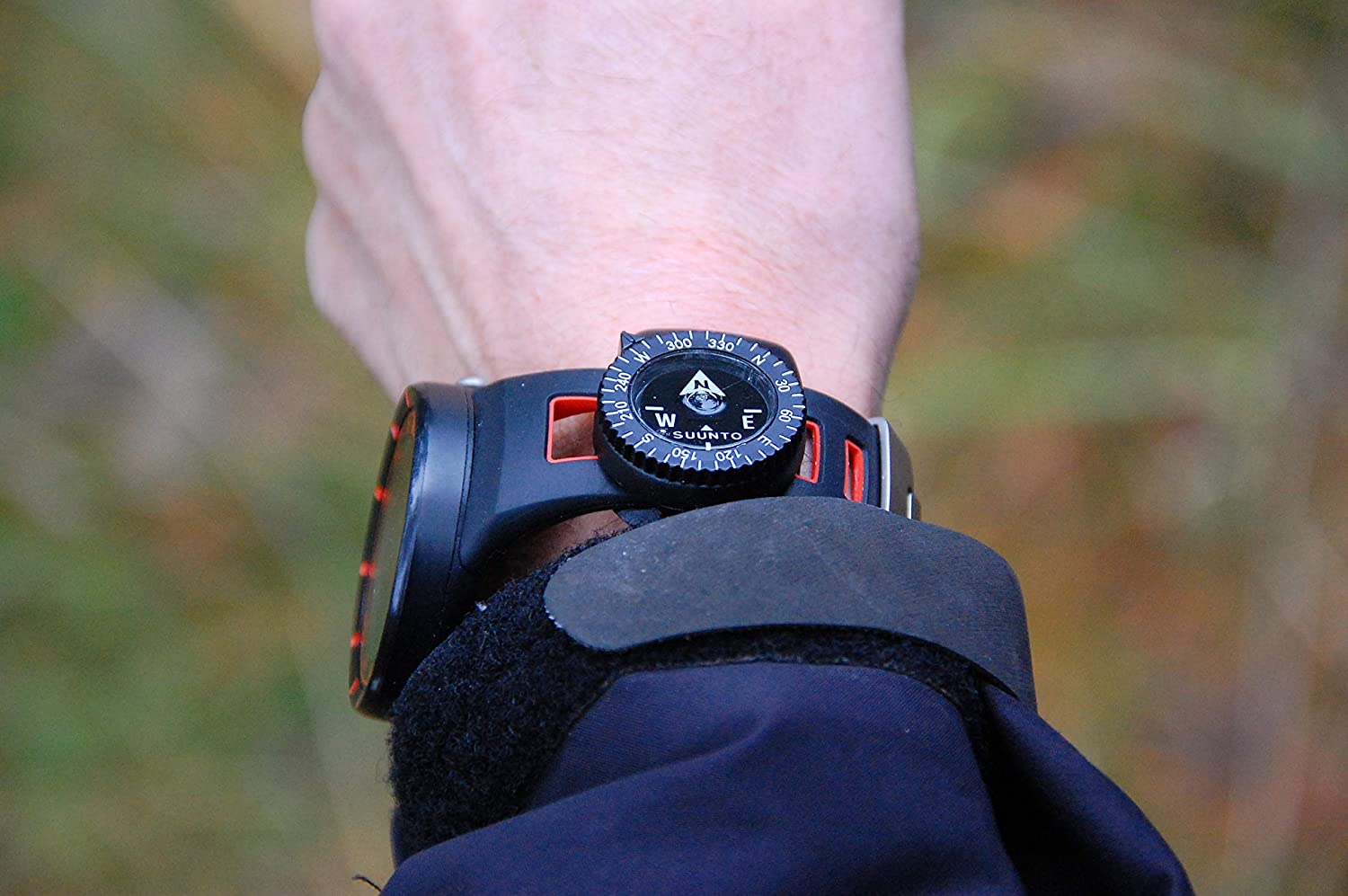