The best hats for men add an extra dollop of style to any outfit, yes, even when wearing a t-shirt and jeans. A hat worn rakishly over one eye like Idris Elba adds a touch of raffish charm, and there’s nothing wrong with that. Of course, hats can also be more practical. A stylish baseball cap can help you hide that regrettable attempt at a DIY quarantine haircut, and there’s a long tradition of men using hats to cover up bald spots.

There are many types of hats for men, and it seems like many of the best hats for men get showcased during the spring and summer months. After all, the hot weather is kind to hat lovers. Whether you’re off for a weekend of camping, hitting a festival or a party (remember those?), there’s a hat than can, ahem, top off your outfit.

Some hats, like the top hat and the boater, are reserved for specific events like weddings or Jazz-themed lawn parties. And unlike other eras, wearing the wrong hat won’t cause a riot. Yep, at one point society had loads of rules regarding men’s fashion. Gentlemen were supposed to wear straw hats in the summer and switch to woolen styles for the rest of the year. A straw hat in 1922 even caused a three-day riot in New York City, as this hilarious article in The New York Times attests.

Then there was the fiasco of John. F Kennedy’s inauguration. A reporter misspoke and stated that the president was hatless when taking the oath of office, and the next day hat sales declined dramatically. There’s a witty, well-written book that covers men’s hats, their place in society and more by Neil Steinberg, Hatless Jack: The President, The Fedora and the Death of the Hat, and it will make you laugh out loud.

But you aren’t here for a history lesson! You’re here to find the best men’s hats for your persona style. Nowadays, most guys have at least one ball cap and beanie in their closet. Celebrities like Timothée Chalamet, Idris Elba, Brad Pitt, Justin Timberlake and Tom Brady are well known for their hat game. Unlike shoes, hats don’t take up much closet space.

How To Find the Best Hats for Your Style

You can pick a hat based on your activity. If you’re hiking and want to keep the sun out of your eyes, a ballcap works just fine. Hiking, you’ll want a brimmed cotton hat to keep the sweat off your face, and if it has a strap, that’s a bonus, as you let the hat hang like a necklace when not in use. Straw hats also let your scalp breathe, so if you’re outside all day long, try one. With Cuban style in vogue right now, it’s a timely and comfortable look.

Most importantly, don’t be afraid to try new types of hats. It might take some trial and error to find the style that’s best for you.

What Styles of Men’s Hats Are Popular Right Now?

Hats are a pretty big thing fashion-wise right now. Menswear designers often finish off an outfit with a hat before sending their models down the runway. In particular, a few styles of hats are trendy right now. Bucket hats, dad hats, straw hats and trucker hats have made a comeback and appeared in recent releases from Loewe, MISBHV, Off-White and others. Other popular men’s hat styles include leather balaclavas (Vetements) to berets (Dyne). 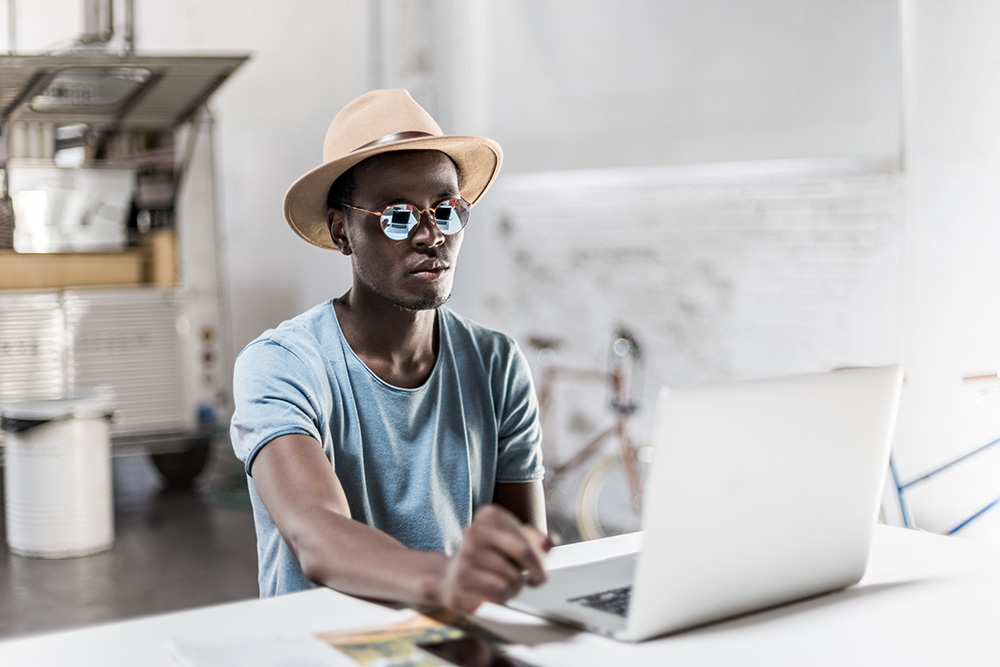 However, our hat fashion rule of thumb is really simple

Finding the Best Hats for Your Face Shape

As you would when wearing sunglasses, you need to match your hat to your head and face shape.

There are six basic face shapes: round, long, square, diamond, oval, and heart-shaped. Each face shape can wear different types of hats. You want to pick the best hats for men that complement your bone structure.

Now that you’ve figured out what type of hat works for you, scroll through the best hats for men this summer.

Virgil Obloh’s a busy man. Not only does he have his own line, Off-White, he’s the menswear artistic designer for Louis Vuitton, he’s a DJ and in his spare time he’s an artist whose work hangs in museums. Of course, his stuff, like this bucket hat is always on-trend (or it become the trend). This is one of the best hats for men as it’s a hot designer item on sale, and you can’t go wrong with that. This black and white abstract print silk (actually polymide) with white topstitching could be worn on or off-side at a tennis court or paired with a tree. 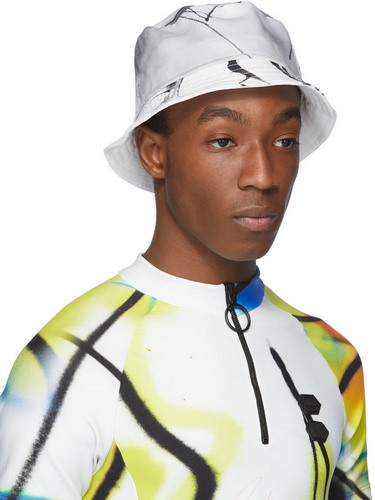 BEST ON THE TRAIL

If you’re always hunting down the mountain path, like kayaking or anything to do with the great outdoors, plop this hat on your head. Lucky for you, dad hats are very much in fashion right now. Made by an outdoor company who seriously tests their wares, this unisex wide-brimmed hat has UPF 50 Sun tech that protects you against UVA an UVB rays (buh-bye peeling nose and premature wrinkles), the mesh vent cools your scalp, and the fabric wicks moisture off your skin and onto the fabric. The drawstring cord and back toggle let you customize the fit. It comes in a variety of colors, from beet red to an almost black shade. 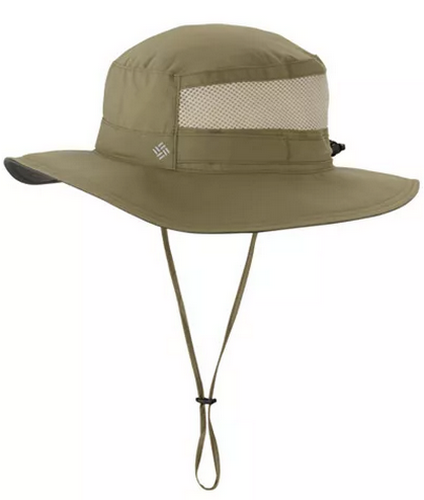 Rapper Tyler the Creater designed the cover art for all of Odd Future’s (he’s in the group) releases, clothing and band merch. It would make sense that his next step would be to have his own line. Golf Wang has done a collab with Levi’s and Converse. On his site you can pick up everything from hoodies to socks. His six-panel dad hat has an embroidered amoeba on the front and comes in navy, white, and hot pink. 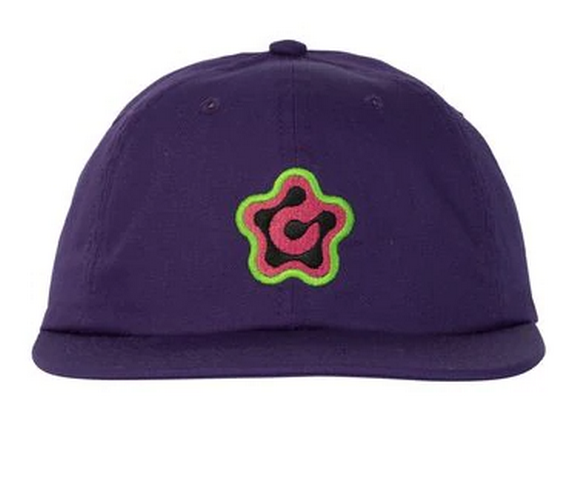 Sipping cool wine on a stone patio that overlooks a vineyard,  you watch the shadows that your hat created on your linen shirt…dreaming of a “civilized” way to while the day, then this straw hat by menswear designer is your companion to summer fun. The wide-brimmed hat can be cocked over one eye or worn further back on the head. The band is highlighted with rainbow hues, while the rest of the hat is done in natural-colored straw. It also comes in navy. 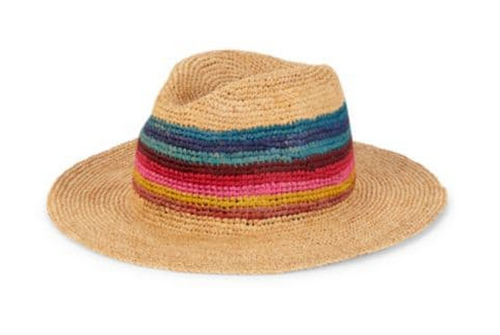 C’mon, you know you want to pop this one on. The trucker hat is one of the types of hat whose style keeps coming back. First worn in the early aughts by Ashton Kutcher, Justin Timberlake and friends, the oversized cousin of the ball cap is here for another season. Marmot’s known for their cold-weather gear, so you know this hat’s durable. It has a cotton front that sports a big patch, and a vented mesh back. The adjustable snap closure makes it easy to size to your head. 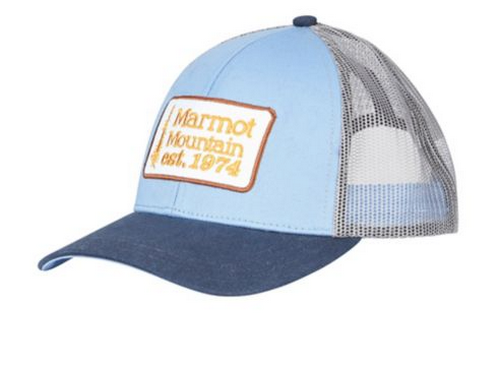 Yes, you can rock a straw boater without a party invitation. This is one of the best hats for men for the summer because it can be worn so many ways.  Try the flat-crowned straw hat with a pastel button-down, batik printed shirt or matched up with a pale linen suit. If you’re feeling very preppy, try it with a seersucker suit. 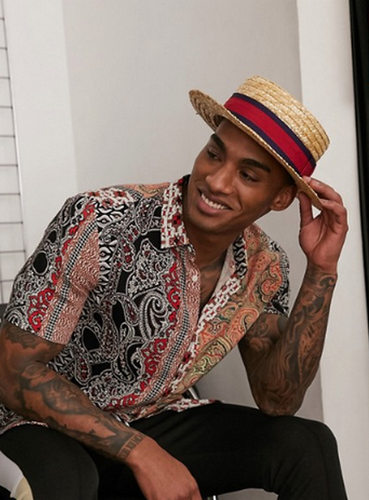 BEST HAT THAT GIVES BACK

This baseball cap is one of the most common types of hats for men. This is also one of the best hats for men as it’s made for performance. The side vents cool the scalp and help dry off sweat — particularly important when you’re playing for a long time under a burning hot sun.  Spotted on top of Jason Derulo’s head, this hat is made from a cotton blend, it can be tossed in the washing machine. Even better, 10% of your purchase (pre-tax) will go to the charity of your choice: St. Jude Children’s Research Hospital, Pink Ribbon Girls, Baby2Baby, Off The Street Club or the Rezvan Foundation. 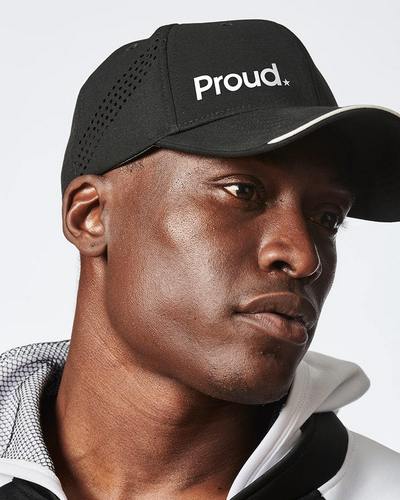 There are hats, and then there are hats. There are certain types of hats that in seconds dress up an outfit, so if you’re traveling you won’t have to turn down a slightly fancy but fun cocktail party.  This is one of the best hats for men because it does just that. With a two-inch brim, this fedora can be folded for travel; it won’t take up room in your carry-on. If you have an event on your calendar, wearing this hat with light colored trousers and a button down shirt instantly elevates your style. The inside of the hat has a Velcro band so you can get an almost bespoke fit. The Havana Hat has a UPF 50+ sun protection built-in, so you’re looking good while protecting your skin against sun damage. It also comes in black and tan. 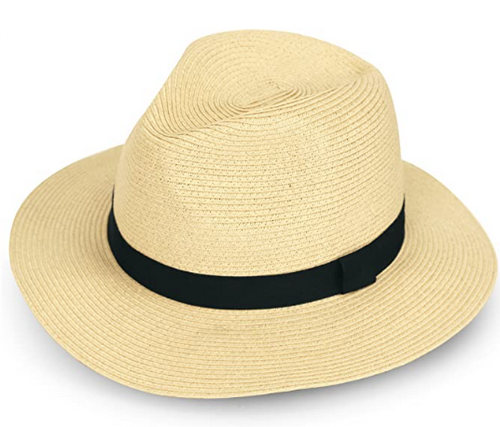 What is a dad hat? Glad you asked. A Dad hat is a ball cap with six panels and looks like dads everywhere will toss one on to mow the lawn, hit the lumberyard and watch T-ball. The Hat Depot makes their dad hats with 100% pigment-dyed cotton. They have a low profile, are unisex and comes in a boggling 18 solid colors and 22 color combinations. 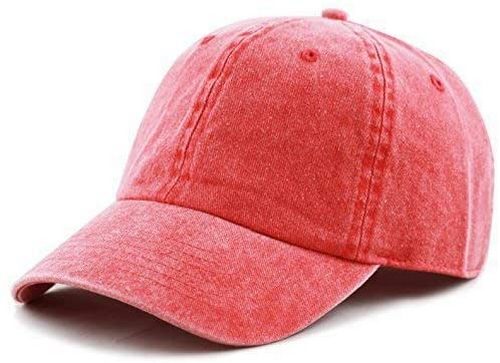 The Ivy Cap differs from hats as caps have an unshaped crown and a visor. The Ivy also goes by the name golf cap, And there’s newsboy caps, driving caps, and driving caps have two other names! Their synonyms are  cabbie or crook caps. Paul Stuart’s linen Ivy cap comes in four colors (rose, sage, natural) as well as this one in sky blue. Made in Italy, wear it while driving with the top down. 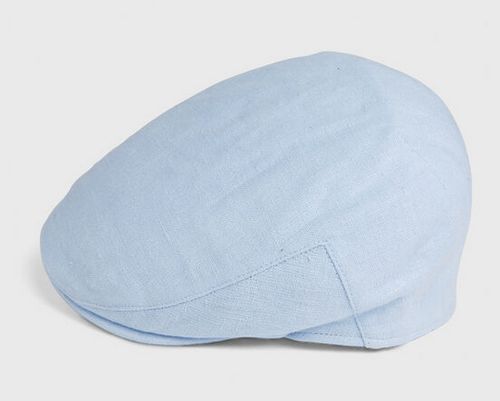 You can’t go anywhere without seeing the Nike baseball cap with the distinctive white swoosh on the front. There are many types of hats for men, but everyone gravitates towards a baseball cap, specifically the Nike ball cap. Are these the best hats for men? Well, they’re comfortable. They’ve been worn in the office, on the red carpet, and the weekends. It’s almost like it’s THE hat for guys. Made from moisture wicking materials, it can be adjusted to fit. 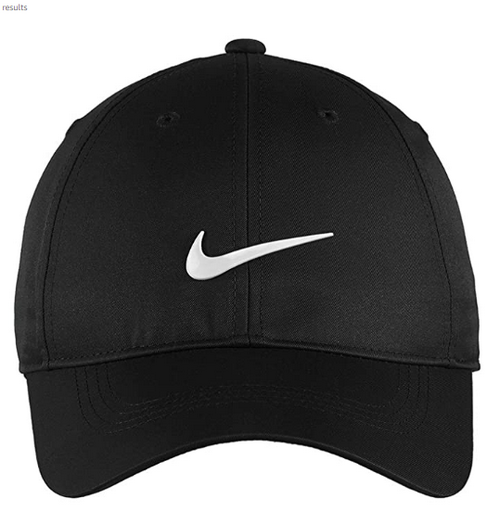 You can’t have a summer hat roundup and not include the Panama Hat. It’s a classic summer accessory. Interestingly enough, the first Panama hats were constructed during the 17th century in Ecuador. During the mid-1800s there was a gold rush in Panama, an enterprising haberdasher imported the Ecuadorian hats and the miners re-named them the “Panama Hat.” Teddy Roosevelt wore one during the building of the Panama Canal and that’s how the hat got its place in history and on heads. Brooks Brothers’ version of the Panama switches out the classic black band and replaces it with a jaunty madras print. 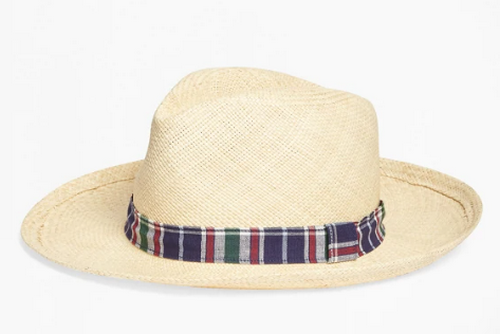 The flat cap also called the driving cap is the hat for every season. They’re made in everything from Irish tweed to cotton to twill, they could be considered the best hats for men.  Ryan Reynolds, Idris Elba, Brad Pitt and Tom Brady are just a few celebrities who’ve worn this hat style.  Done in neutral khaki green, this lightweight wool-blend flat cap can be worn now and through fall. 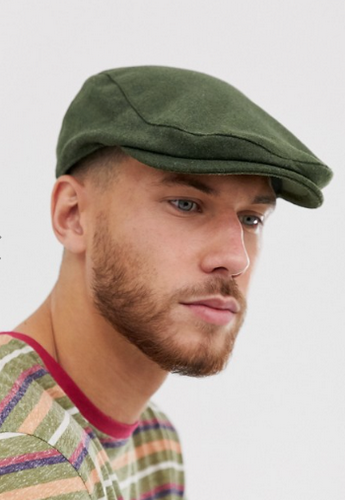 BEST FOR A NIGHT OUT

Worn by Ska bands, blues and jazz musicians, the round crown, flat top and flipped short brim’s a classic hat that can be worn with insouciance. Pharrell Williams has a couple in his collection. Wear this black straw porkpie hat with either a collared shirt or a tee. The band is finished off with an enameled badge. 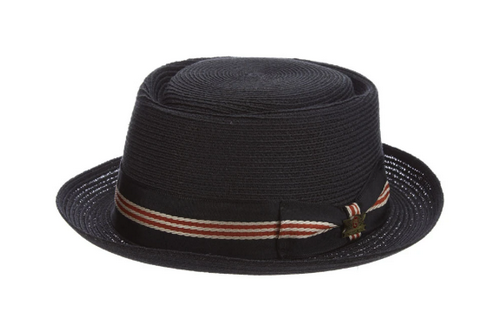 If you’re looking for a bucket hat but don’t want to pay designer prices, Urban Outfitters has a great selection of everyday bucket hats for men, one of the most popular types of hats in 2020. For bucket hat fans, we recommend enjoying this trend while it lasts. This classic hucket hat even comes in tie-dye. And, like the best hats for men, it will keep the sun out of your eyes while adding a finishing touch to any outfit. 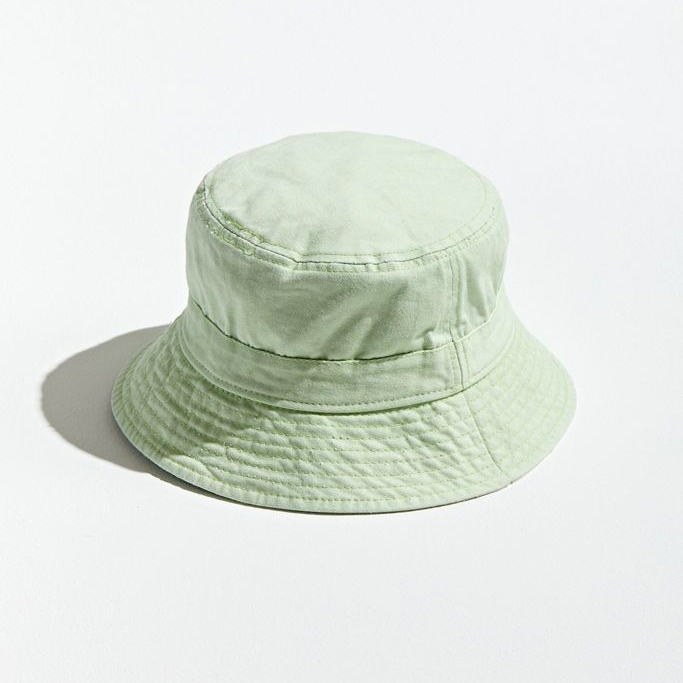