As a seemingly ever-shrinking group of conglomerates gobble up their competitors across pretty much every business sector, it can feel like there are only a handful of brands left to choose from. That’s why it’s unsurprising that a counter-movement has sprung up, consisting of brands that aren’t just small, but micro. There are microbreweries for beer, micro-publishers for books and microdistilleries for spirits. Then there are microbrands, which refers to small, independent watchmakers.

So what makes a watch brand a microbrand? Microbrand watchmakers stand in contrast to luxury brands like Omega and Piaget, many of whom are owned by just a handful of conglomerates like Richemont, LVMH and The Swatch Group. Microbrands are often driven by the creative vision of just one or two people. Compared with luxury brands with hundreds of years in business, many microbrands are a mere 10 to 15 years old. Microbrand watches also cost significantly less than luxury watchmakers, in part because they cut out the middleman and in part because they don’t command the prestige of a Piaget, for example. Of course, because of their small size, they also typically have a smaller output; that means they may just produce a few thousand of the best watches a year, and in only a handful of styles.

Microbrand watches are also often quite niche and unique. Because they’re helmed by a small group of creatives, a microbrand can follow creative whims, producing oddities like those seen by Void and eone. Some brands can focus on a particular inspiration; Brew was inspired by the appeal of a leisurely coffee break, while Autodromo is driven by the golden era of motorsports.

Of course, not every microbrand is created equal. Those interested in microbrands can fall victim to the same trap that has ensnared fans of other startups; there are a lot of brands helmed by charismatic founders with a decent eye for design but no actual experience in their industry. But many of the best watch microbrands are founded by people who cut their teeth at established watchmaking brands. We’ve rounded up some of the best, most interesting microbrand watches you should have on your radar, ranging from fine mechanical watches to modestly priced quartz timepieces.

Unimatic is an Italian brand that has consistently garnered praise across the watch-loving world. The brand was founded by two industrial designers in 2015, and the brand sought to reinvent the sports watch, stripping away ornamentation to land on delightfully streamlined divers that work as well adventuring as they do the office. Prices are converted from Euros, so they may not be exact. 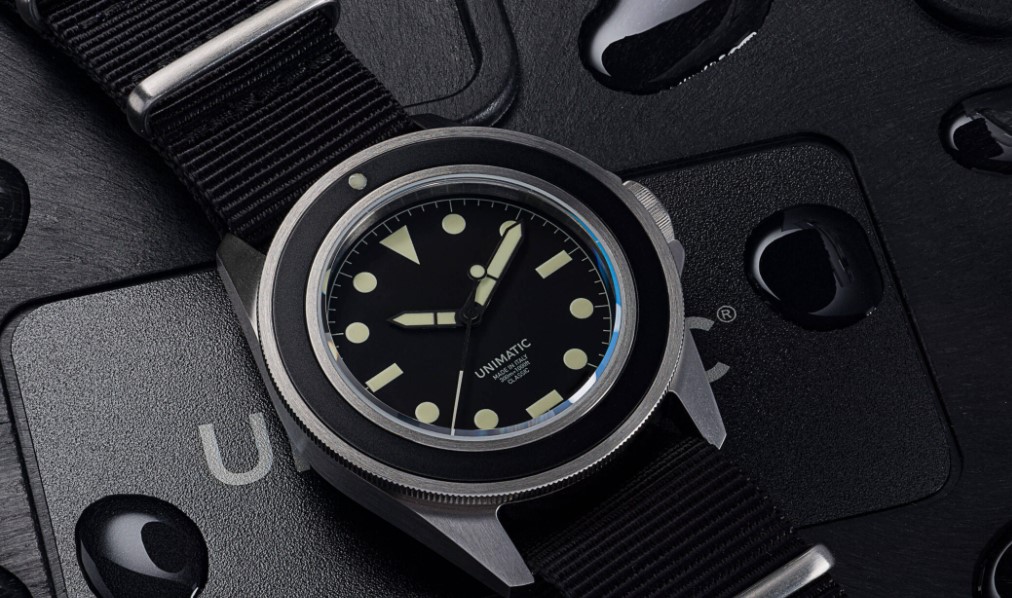 The U1SMP is one of the brand’s most recognizable styles, featuring a matte black dial on a brushed stainless steel case. The watch utilizes a Swiss SELLITA SW200-1 movement and is water-resistant to 300m. 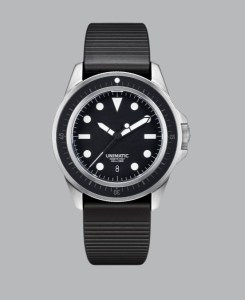 Unimatic’s watches are plenty streamlined, but the U2S-M is even sleeker, doing away with indices for a solid black face. Otherwise, it has the same movement and water-resistance as the U1SMP watch from Unimatic. 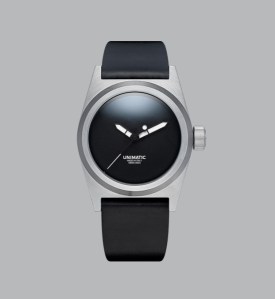 Weiss is the eponymous brand of Cameron Weiss, who launched the brand after spending over a decade learning business and watchmaking, and the brand’s first timepieces were built in Weiss’ apartment. Fortunately, the brand has gotten slightly bigger real estate, but the DIY ethos is still there. Weiss primarily crafts field watches, so it’s a great brand if you’re looking for rugged timepieces. 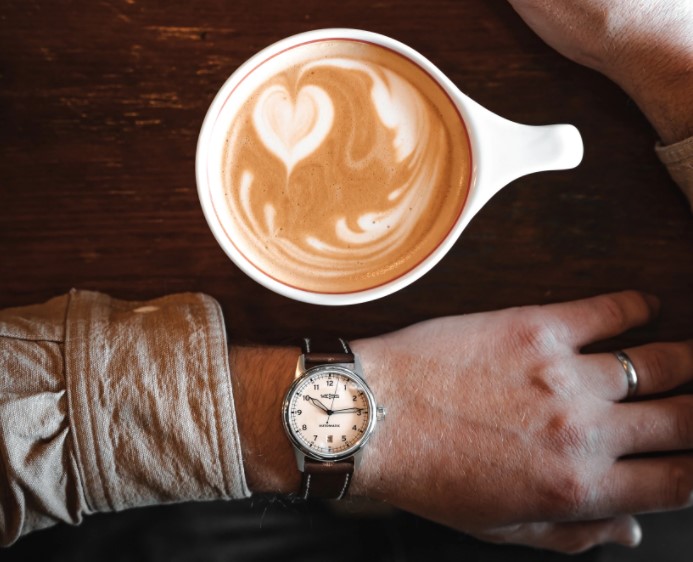 This microbrand watch may be called Standard Issue, but it’s a slightly upgraded take on the mass-produced wristwatches made for soldiers. The watch utilizes a hand-wound mechanical movement, which the transparent case back allows you to appreciate. There are two hands and a seconds subdial at the 6 o’clock. The watch is assembled in the US. 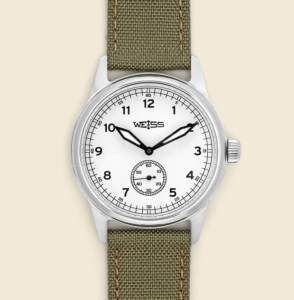 This style swaps out the seconds subdial for a date window, and the “latte” colorway has a beige face with a brown leather strap, making for a sophisticated take on a field watch. 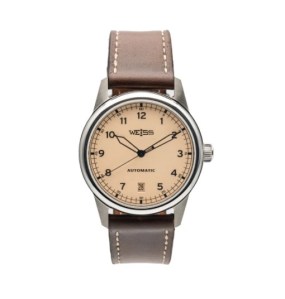 Can you tell Void Watches is Scandinavian? The brand favors Scandi minimalist-modern designs over rugged divers and driving watches, making this a great brand for anyone who prefers a simple, unobtrusive timepiece. That’s not to say the brand is boring; the V02MKII is one of the most unique watches on the market. The brand was founded by mechanical engineer David Ericsson in 2008, meaning it’s actually one of the older brands on this list. 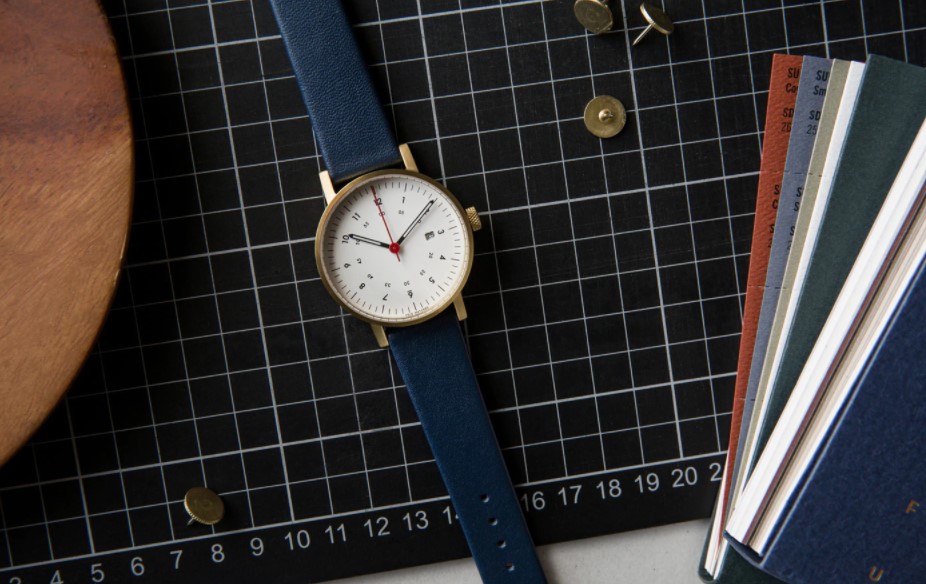 The VO3D is as simple and stylish as it gets, making it the perfect everyday timepiece. That’s why we picked it for our list to include among the advanced chronographs and rugged divers. It has a date window and a three-hand analog face with easy-to-read numerals. The watch is powered by a reliable Japanese quartz movement, making for a watch that’s easy to care for, too. 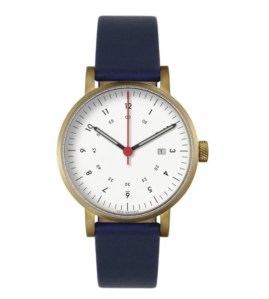 We had to include the V02MKII because of how remarkably unique it is. Instead of a full face, the watch has a rectangular window with colored hands that correspond to the time. Frankly, it’ll probably take a while to even figure out how to read it, but who’s complaining with a watch that looks this cool. 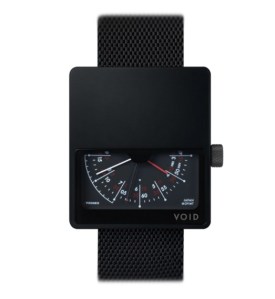 It’s easy for the able-bodied to take things for granted, including how easy it is to use a watch. But if you’re visually impaired or have certain motor disabilities, it can be challenging to wear a timepiece. Enter eone, a microbrand that essentially produces one style of watch. The unique watch allows wearers to feel the time. There’s nothing else quite like it. But despite the fact that these watches are great for the visually impaired, they’re striking to look at for sighted wearers. 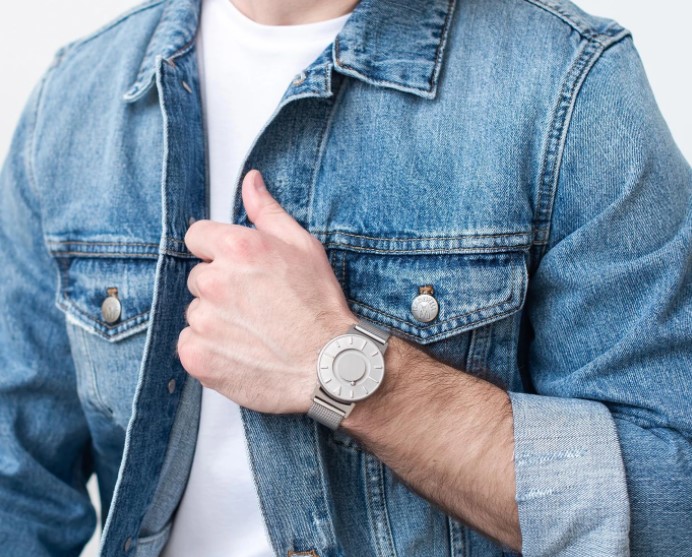 The brushed silver is the most recognizable take on eone’s Bradley watch, and it’s still one of the best to get. It has a durable titanium case with one rotating marker on the outside for the hour and one in the middle for minutes. The indices are all raised to more easily feel the time. 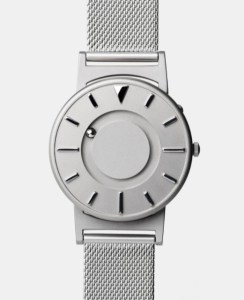 The Apex reimagines the face of the Bradley, without sacrificing any of the functionality. The raised markers allow you to feel the time, and they’re inspired by the rugged look of field watches. 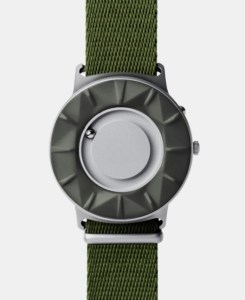 Autodromo is a watch brand, but they bill themselves as a brand that makes “instruments for motoring.” The brand was founded by industrial designer Bradley Price, who sought to evoke the classic era of racecars. The brand keeps things plenty small; at the moment, there are only six watches available from their website. 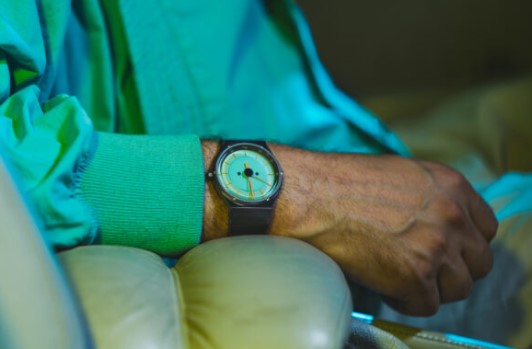 Many of the most iconic driving watches, especially those made by TAG, are notable for their use of bright colors. The Group B Series 2 has an irresistible aqua dial with vibrant yellow hands and indices, and features a Miyota 9015 automatic movement. 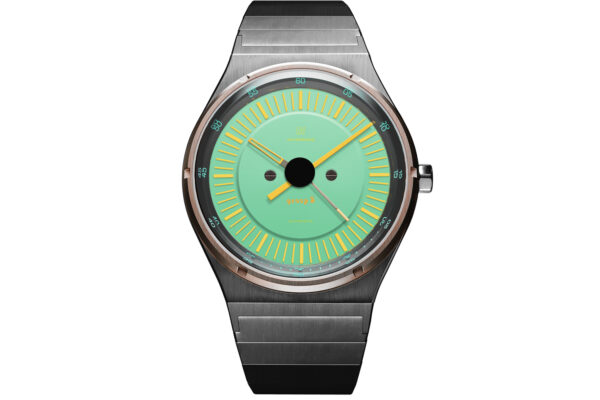 For a microbrand watch that really leans into the motoring aesthetic, we like Autodromo’s Prototip chronograph, which has everything you need for your next race. Or, you know, just catching the bus on time. This watch was made in collaboration with Vic Elford, a racing legend (who just passed away). 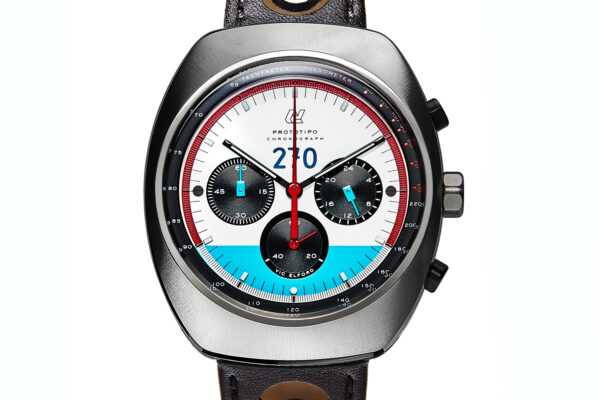 Microbrands are often helmed by industrial or watch designers, but William Massena is a collector, first. Massena lab leverages its namesake’s connections, and the brand has linked up on collaborations with Unimatic and other watch brands, in addition to Massena-branded timepieces. 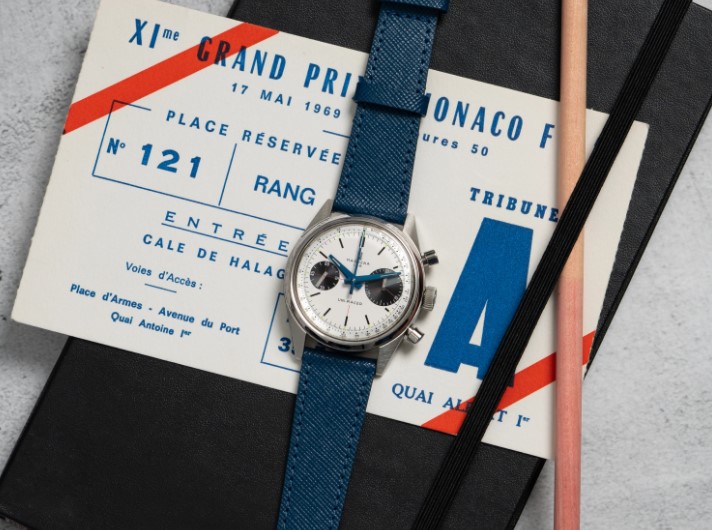 The Uni-Racer in white is the perfect iteration of a racing watch, with enough detail to keep you admiring and enough simplicity that it’s not a distraction. The black subdials on the white face make this a “Panda” dial because of its similarity to the appearance of a panda’s face. 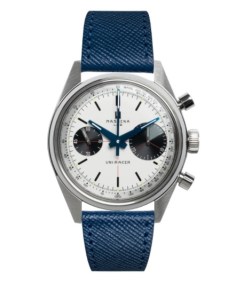 The Uni-Racer is just as gorgeous in black, thanks to its dove grey strap and stainless steel case. The watch has an SW510 M Elaboré hand-wound movement and a central minute counter and a 30-minute subdial. 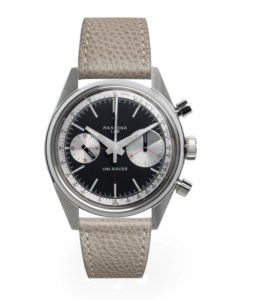 The watch world tends to be overly serious and frankly, overly male. Parchie is neither, and if you feel that the vibrant, colorful watches feel childlike, that’s because they’re supposed to be. These microbrand watches are divers meant to be, as they say, “collected and shared by kids and their parents alike.” The brand was founded by Cara Barrett, formerly a writer at Hodinkee, easily the best-known watch blog. As for that name? Parchie is named after Barrett’s childhood imaginary friend. 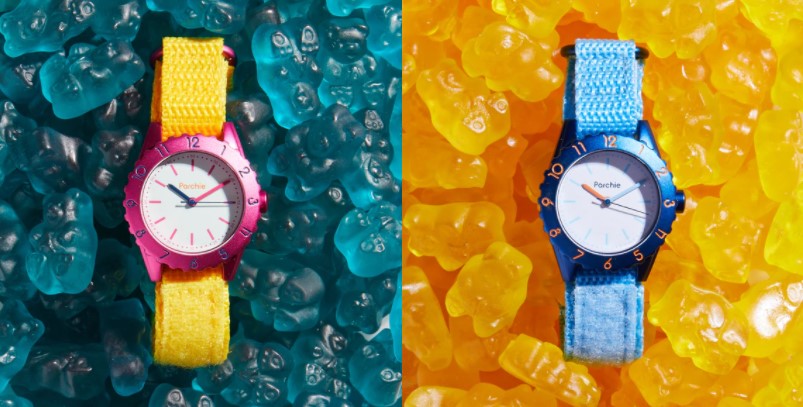 Divers are better in color. The Dance Time is a vibrant purple watch with a purple hook-and-loop strap to easily take them on and off. They have a small 32mm aluminum case (they’re for kids, after all) and are powered by a Japanese quartz movement. 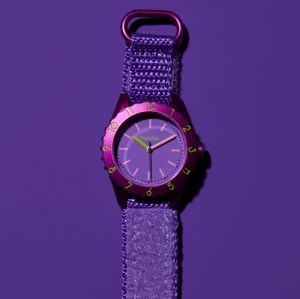 The School Time Parchie is somehow the brand’s most subdued style, but it’s still more vibrant than any other timepiece on this list. But there’s something perfect about the teal, yellow and dark green colorway. 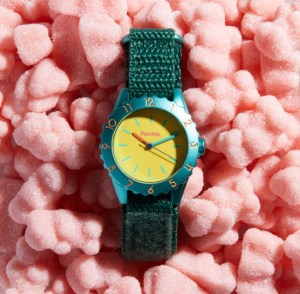 Brew Watch Co. combines two great things: coffee and watches. Brew was inspired by the ritual of preparing and enjoying a coffee break, and some of the watch designs draw inspiration from coffee-inspired gear like espresso machines. But you don’t have to be a java junkie to enjoy these watches; they’re stylish, simple and colorful. 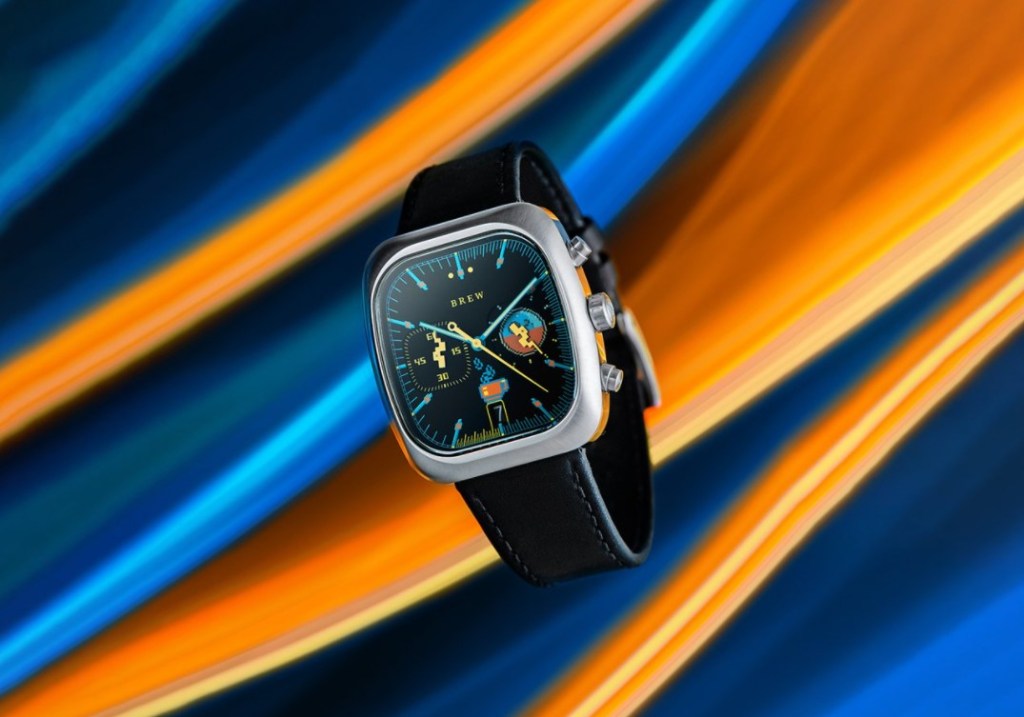 This can happen with microbrands; most of our favorite picks are sold out. But the Metric Retro Dial is too good-looking not to recommend, and it might come back in stock later. It has a beautiful multicolor dial and a quartz-powered chronograph movement. 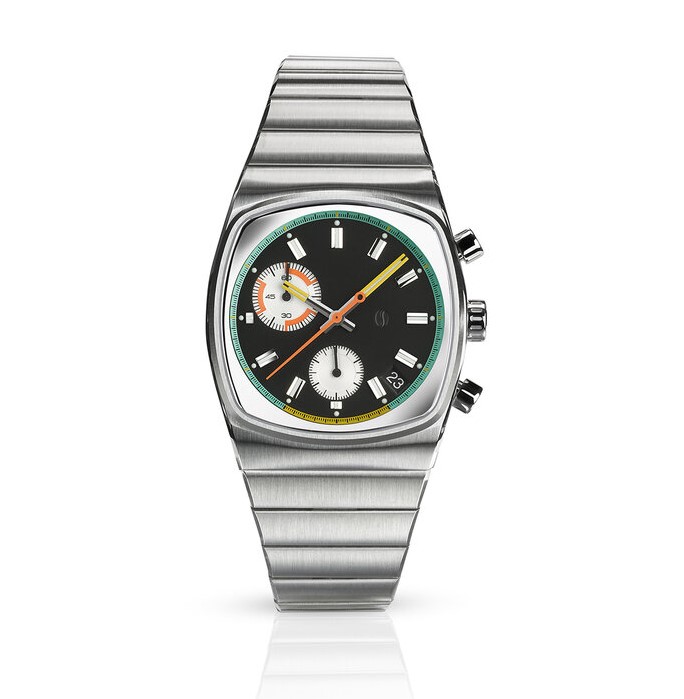 The dimpled design of the Retromatic was inspired by espresso machines, and the crown of the watch has a small embossed design of a coffee bean. But what’s great about Brew’s watches is that while they are coffee-inspired, they don’t veer into novelty territory. This watch is powered by a Seiko automatic movement. 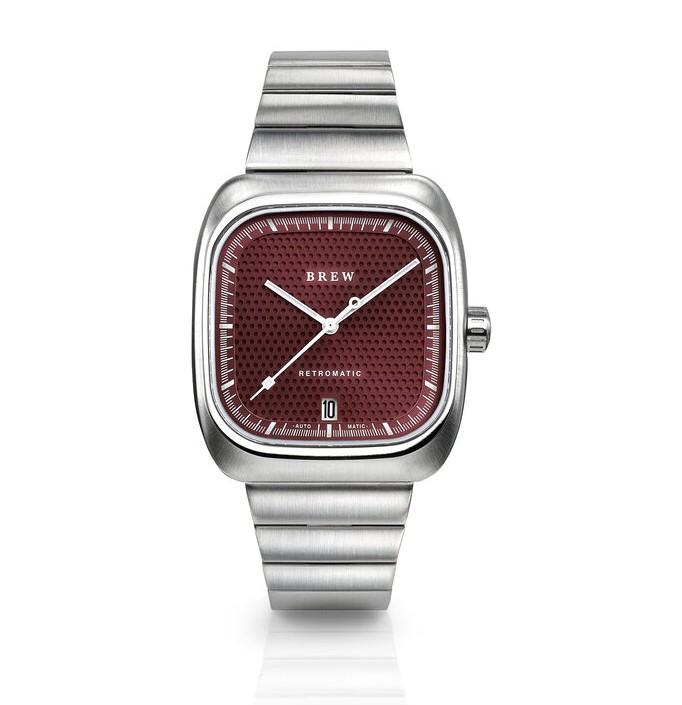