Every now and again, a certain piece of clothing transcends its practical use and becomes something else entirely. We’ve seen it time and time again: L.L.Bean’s Bean Boots became shorthand for an entire style of winter boots, Patagonia revolutionized fleece jackets, and Eddie Bauer made down the way to stay warm in the winter. These simple items are functional and fashionable, sure. But for many, there’s a sense of uniform to these; they’re staples in your closet just like a good navy blazer or a good t-shirt. And, in 2020, nothing is more prevalent than classic Carhartt Beanies.

Whether you live in rural Nebraska or spend your time in hipster enclaves like Brooklyn and Echo Park, you’ve likely seen Carhartt beanies all over the place — if you’re not already wearing one yourself. 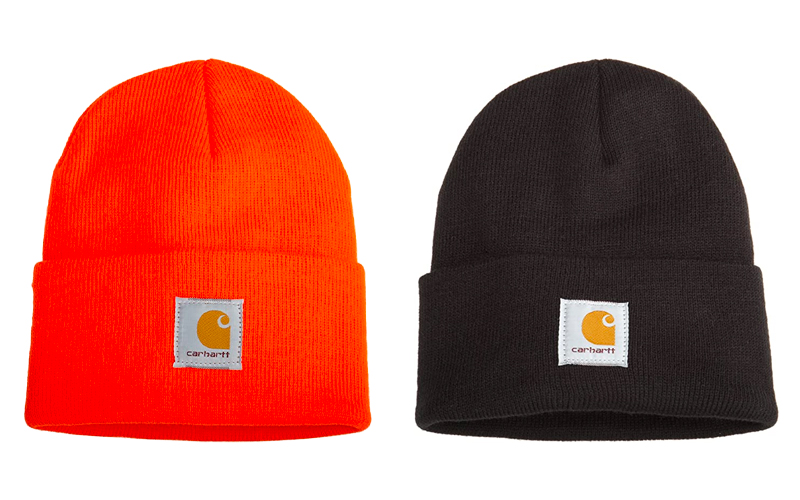 Carhartt got its start in 1889 in Michigan as a retailer for blue-collar American workers. Rugged and utilitarian, you were more likely to see Carhartt worn by a farmer or construction worker than you were anyone in SoHo. However, when the brand released its famed Beanie in the late 80s, it quickly became a must-own for rappers of the 90s. Around the same timeframe, Swiss designer Edwin Feah began bringing the clothes over Europe to sell to skaters who were looking for heavy-duty clothes to skate in all day long. Feah later partnered with the brand to develop Carhartt Work in Progress or Carhartt WIP (which basically tailored the existing baggy cuts), where it remained a European staple.

Eventually, WIP had a few collaborations with higher-end brands like French outfit A.P.C. and Adam Kimmel, which put the brand back on the radar for fashion diehards. That aspect, combined with the rise of workwear from brands like Red Wings, brought Carhartt back into the picture. Through the years, it’s remained as reliable as ever. If it worked for rural farmers and was cool enough for Nas, it’ll work for you, too.

What makes Carhartt’s Beanie so iconic is part of that workwear appeal, sure. It also really helps when someone like Rihanna is photographed wearing one. But more than anything else, what makes Carhartt resonate so much is how it’s able to straddle the line between quality and price. Carhartt Beanies are about $10-$20, come in pretty much every color imaginable, and are really warm and cozy. The folded over style keeps your ears nice and warm. It’s the perfect price point of style and accessibility, making it easy for everyone to get a trendy, brand-name piece. Even if you can’t afford Jordans, you can definitely get a Carhartt Beanie and still feel like you’re part of the cool crowd. (They also make great Christmas gifts for men, women, and anyone who likes to stay warm and look cool.)

Where To Buy Carhartt Beanies

These popular hats are everywhere come fall and winter, and you can find them on Amazon just as easily as you’d find them at Walmart or at an Army Surplus store. However, to make it a little easier for you, we’ve rounded up a few of our favorites you can get right now. Most of these are for sale on Amazon or directly at the Carhartt online store.

The classic beanie is officially known as the Acrylic Watch Hat A18, but there are a few other popular styles we’ve featured below.

This heather gray version is versatile enough to go with everything you already own yet still provides enough character to make it the perfect accent to any winter outfit. 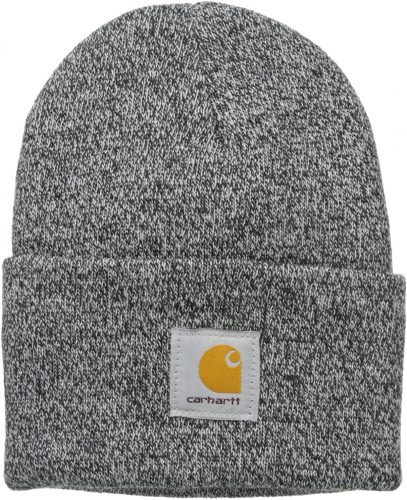 Channel your inner Rihanna and snag this electric green color that’s sure to make you stand out in a crowd or to make sure you’re seen during a nighttime run. 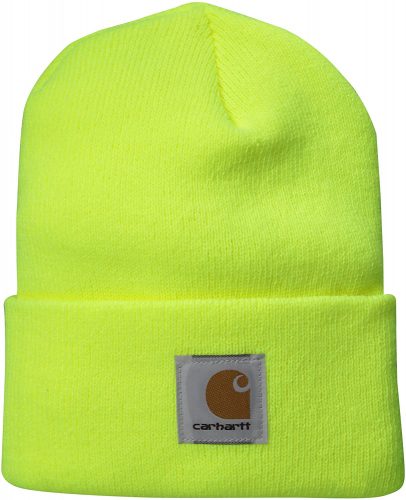 GIFT IDEAS FOR HER

Rib-knit sweaters are all the rage in 2020, and this rib-knit women’s beanie offers a stylish twist on the classic Carhartt beanie. Available in an attractive wine color, you can buy this hat directly from Carhartt. 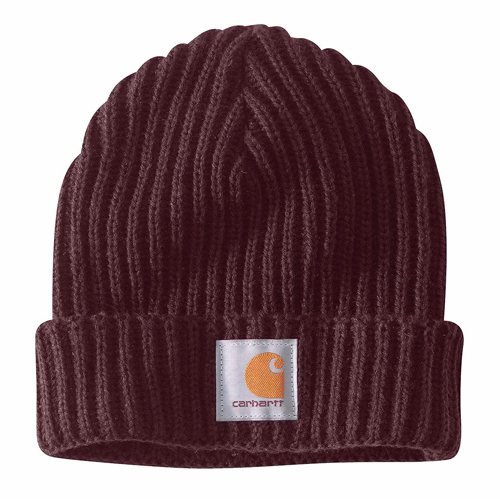 The Woodside is different from the classic Carhartt A18 beanies in a few ways. The logo isn’t front and center, and the beanie itself comes in a waffle-knit fabric. However, it’s still recognizably a Carhartt beanie, and it’s the perfect hat for winter. 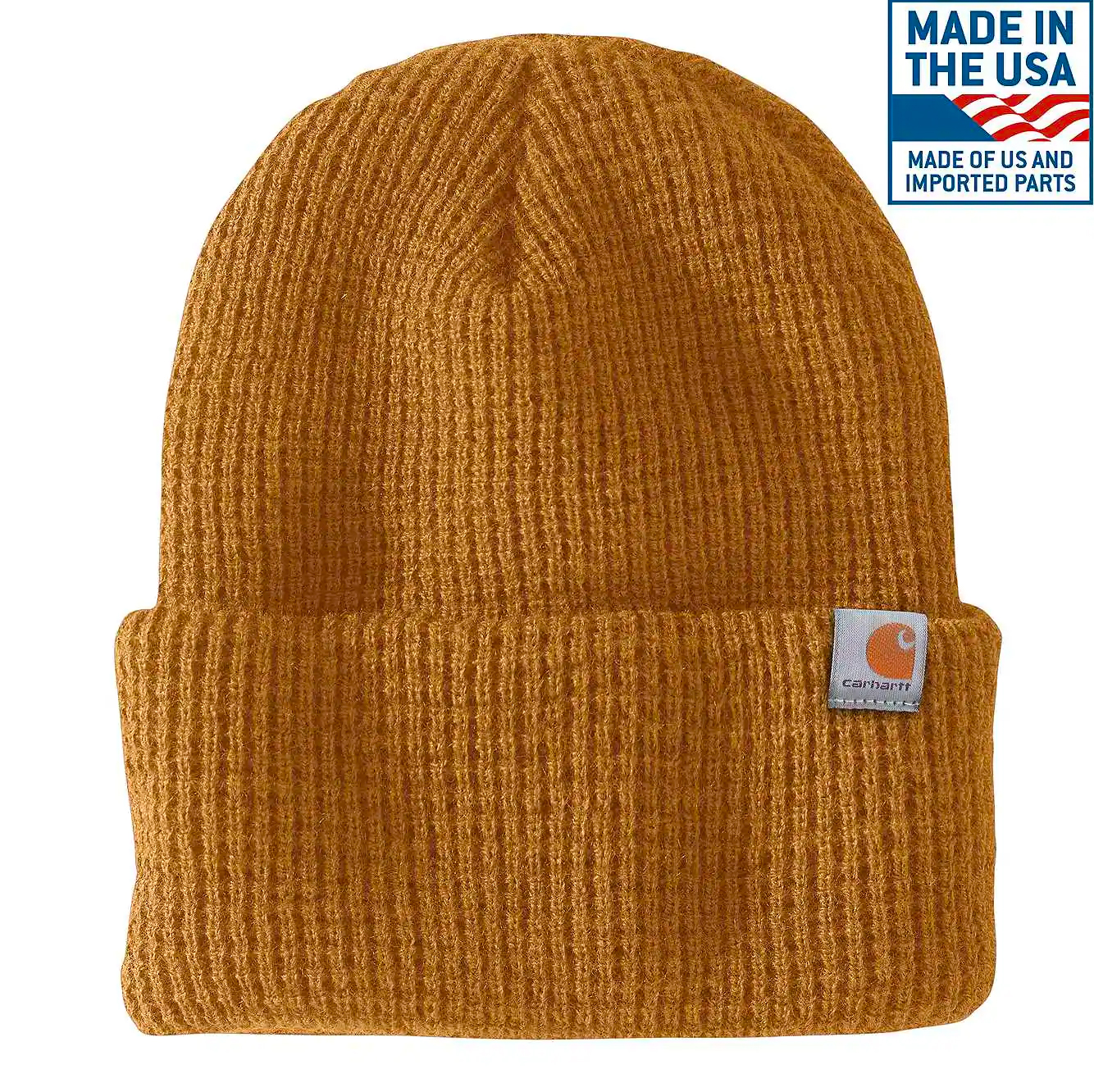 Hunter Green is the color for the season, as we’ve seen it pop up time and time again in a lot of looks. Snapping up a Carhartt Beanie in this colorway is a quick way to get on-trend and figure out whether or not it works for you. 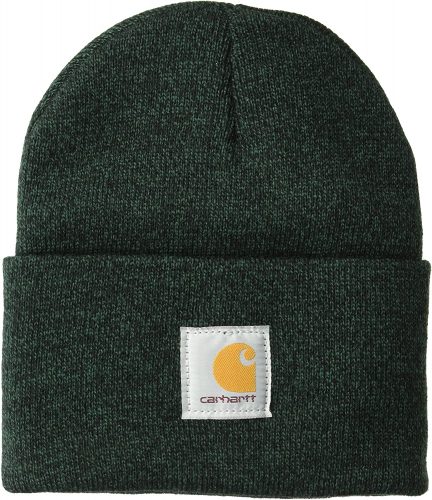