* Diaper pails are non-negotiable when it comes to having kids
* Options, styles and prices vary
* Choose a Diaper Genie alternative that works for your lifestyle – and your decor scheme

The original Playtex Diaper Genie is the number one best-selling diaper pail on the market and has every amenity you could possibly need. One of the most important features is the “Ultimate Odor Lock System”, which is a built-in, odor-controlling, antimicrobial and double air-tight clamp system that helps to seal in odors.

If that isn’t enough stink control, there is also a carbon filter installed at the top of the bin to help capture smells that try to sneak out. It’s further outfitted with a built-in foot pedal, which eliminates the need to bend down, and a front tilt bin, making it easy to change the bag by simply pulling it through the built-in bag cutter.

While the Playtex Diaper Genie seems like the perfect diaper disposal system, parents are experimenting with other brands that might have different features or fewer bells and whistles (i.e. no need to buy special and costly trash liners AND odor-controlling bag refills).

The Diaper One N Done is a unique, easy-to-use diaper disposal system. Simply place your dirty diapers in the bin, tie a knot in the used bag and detach it from the new bag underneath. Dirty diapers are disposed of individually and can be thrown away in your normal house trash. This alleviates having to empty heavy canisters full of soiled diapers every few days. Each unit comes with 100 bags and, for even more convenience, can be hung from a changing table or wall. This diaper pail can also stand-alone on a tabletop. No more leaning and bending down to throw anything away. 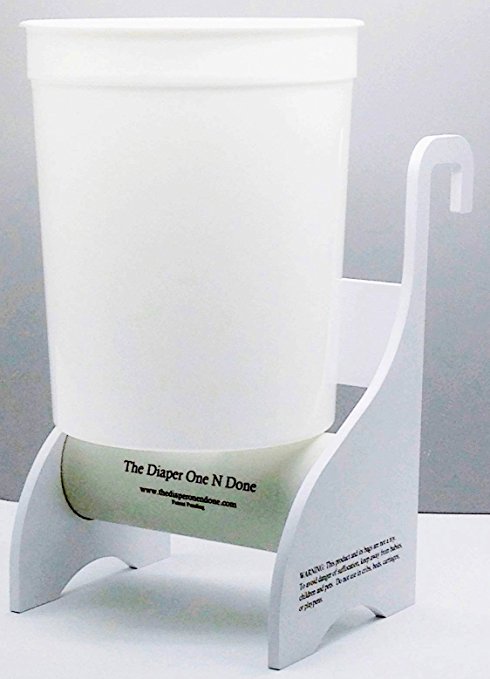 The Diaper One N Done

The Diaper Dekor is a totally hands-free system. Simply step on the foot pedal, drop your dirty diaper through the trap door and be done. This can be of the utmost importance when it comes to diaper pails as we all know that changing diapers can get messy. The Dekor is also equipped with triple odor control plastic that won’t absorb odors. It even has a life after diapers — this converts from a diaper pail to a trash can. The Diaper Dekor uses a refill system that holds more diapers per refill, is powder-scented and has continuous liners rather than individual bags. That means you can throw away one diaper without having to waste one whole bag. 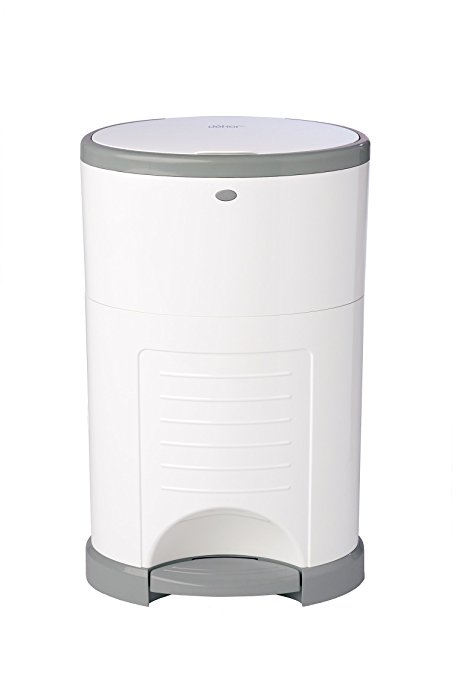 The Sangenic Twist and Click Diaper Disposal Bin by Tommee Tippee holds up to 30 diapers, and it’s the only diaper pail on the market that individually seals each diaper for superior odor control. The antibacterial multi-layer film helps to kill 99% of germs on contact, and you can easily keep the exterior of the sleek pail clean by wiping it down with a baby wipe. 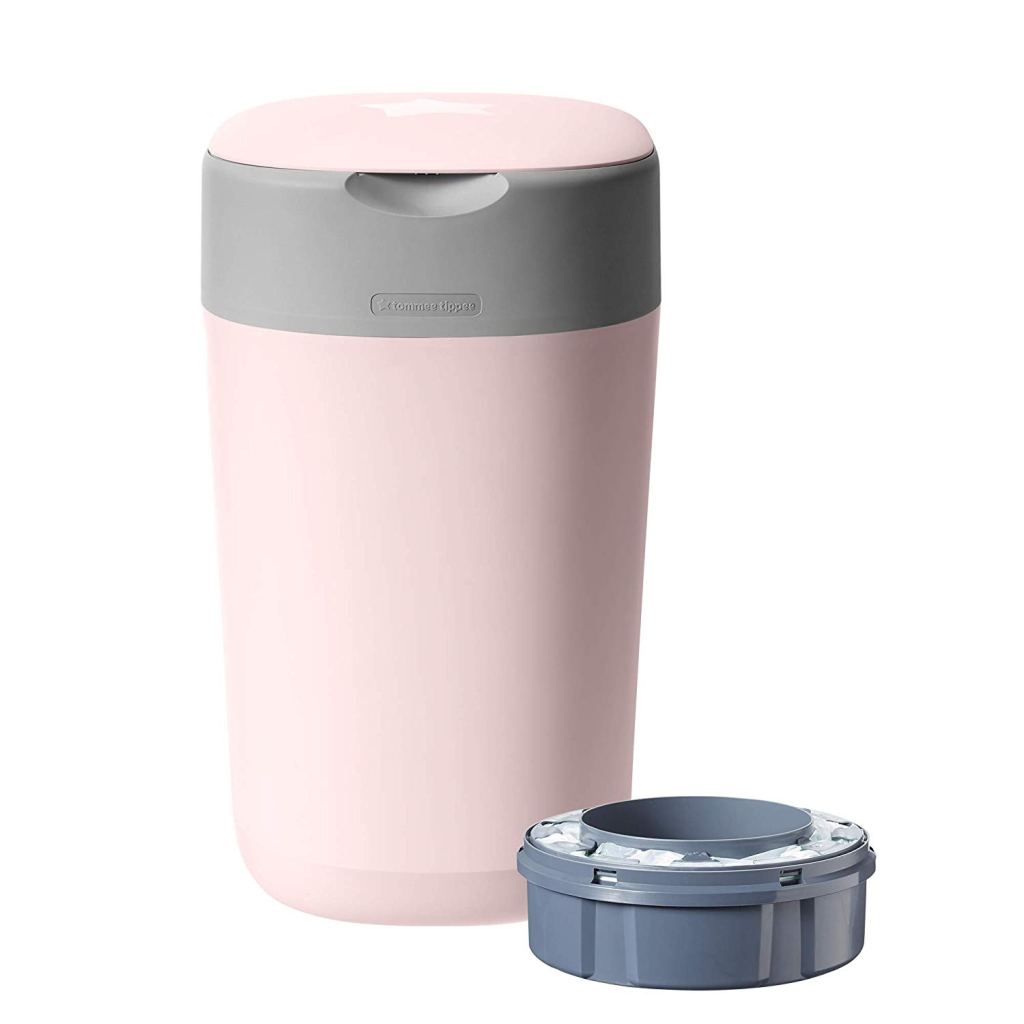 The Tidy Diaper Pail by Creative Baby is a diaper disposal system designed for one-handed use. With its rotating lid design, you can dispose of a diaper fast and easy. The unique piston system will push the diaper and the odor into the pail. This pail uses any type of garbage bag and is dishwasher safe for the ultimate clean. 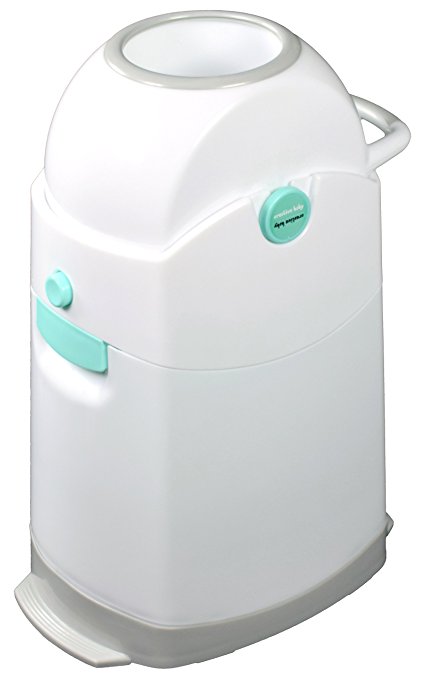 MOST SIMILAR TO DIAPER GENIE

The Munchkin Step Diaper Pail comes with all the bells and whistles you might want and/or need in a diaper pail. First and foremost, this features an easy-to-use foot pedal that makes it completely hands-free, plus a self-sealing technology that twists your refill (lavender-scented) tight each time you close the lid for complete odor elimination and no stink blast. Finally, this diaper pail provides additional odor protection using Arm and Hammer baking soda cartridges that are included with the system.

This diaper pail requires refills and a starter pack is provided with the initial purchase, but they are also available to buy separately. To make you feel better about all the waste and help offset gas emissions, Munchkin will plant a tree for every Diaper Pail sold. 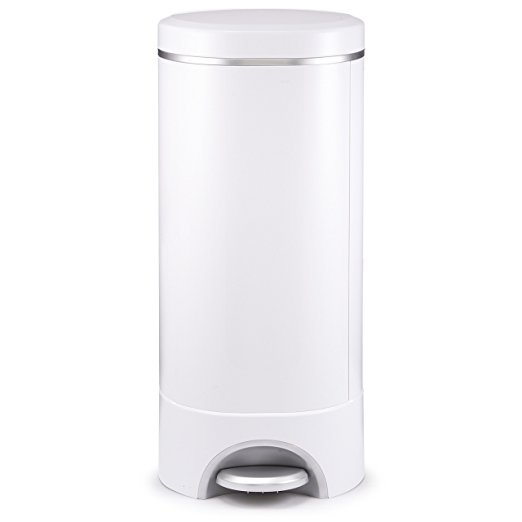 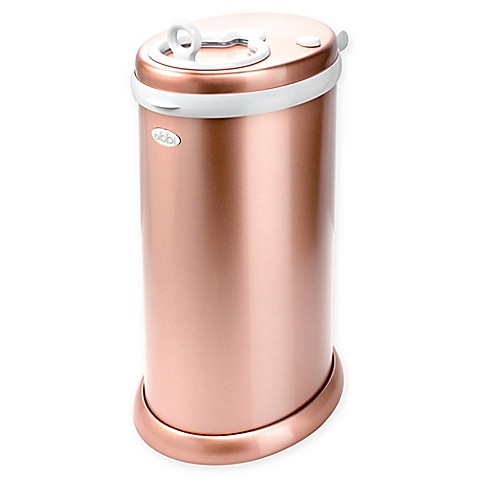 This double-sealing diaper disposal system offers maximum odor protection, and thanks to its simple design, you can place it in just about any nursery. The Janibell diaper pail holds more than triple the amount of diapers a regular diaper pail would, so it’s the best choice for parents of multiples, as well as daycare centers. Odor is effectively contained by the dual-lid system, and plenty of parents reviewing the product admit they splurged on this pail even when they only had one baby at home. Parents report feeling more sanitary while using this diaper pail as well as commenting on its ability to eliminate odor. 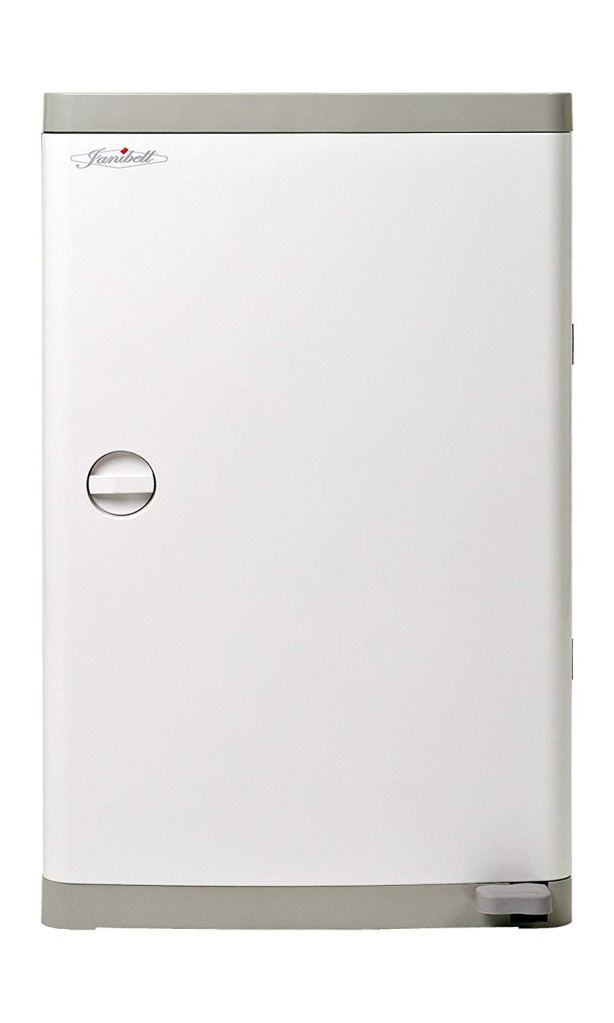 This innovative diaper pail (also by Munchkin) makes it possible to enjoy odor-free outings, road trips and vacations no matter where you’re going. Slip the collapsible diaper pail into your diaper bag and rest assured those around you won’t even notice you just changed your baby’s diaper. It’s also ideal for gatherings where lots of babies will be present, and this pack includes five disposable diaper pails that can hold up to 30 diapers each. When you’re done with the portable diaper pail, just throw the entire thing out. 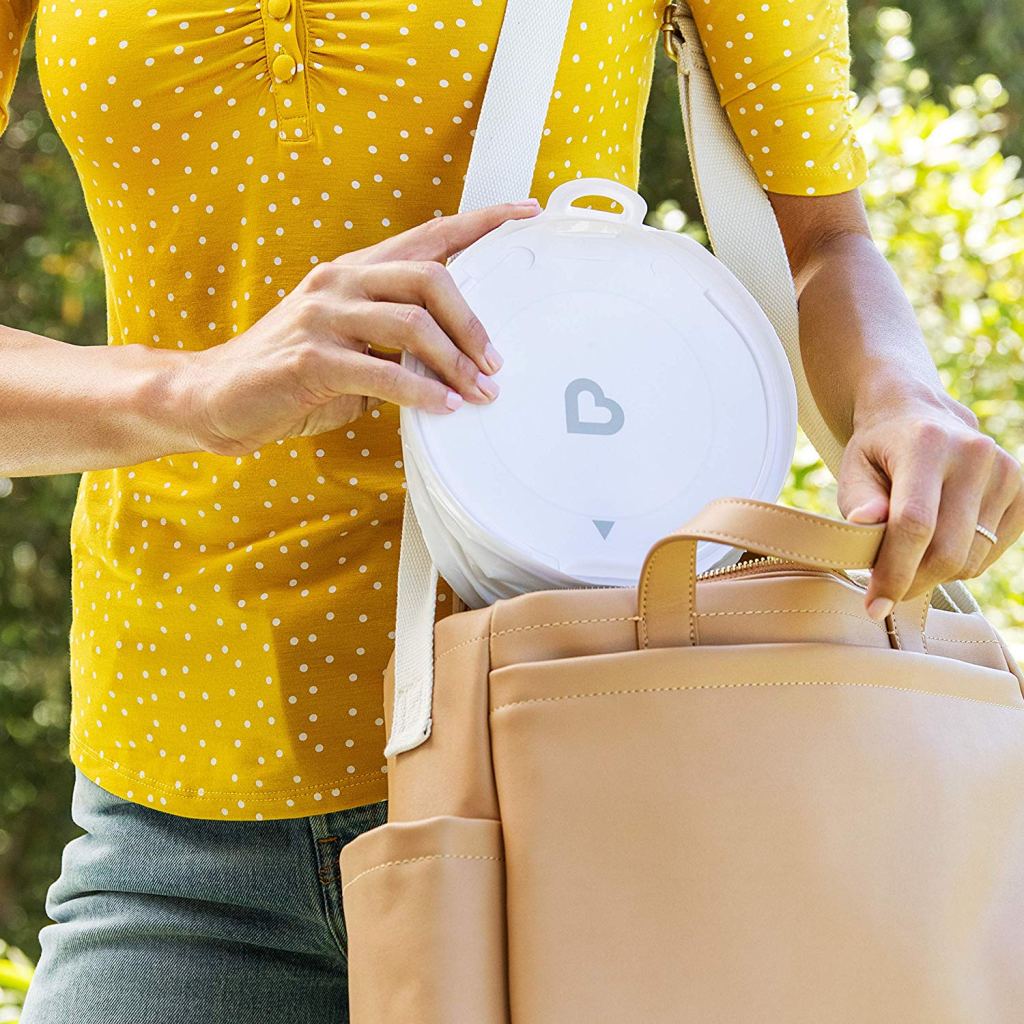 The Modern Dad Needs Modern Equipment, Which Is Why We Love These Diaper Bags for Men