As we begin to descend into the final months of likely the most hellish year we’ll face in our lifetimes, there’s (hopefully, but given the past few months, not certainly) one last hump we have to get over before we can ring in the new year. That’s right, it’s the 2020 Presidential Election.

Some have been dreading this part of the year, while others have been anticipating this moment since 2016. No matter what the case may be, for the first time in forever, everyone seemingly has an opinion about it. Just check your Facebook timeline if you haven’t in a while, there’s a good chance your Aunt Jane is battling it out in the comments of a politically-powered post with her friend Maeve from grammar school as we speak. Embarrassing, yes, but at least it’s an exciting read. We love the drama.

As November approaches, we’re not telling you who you should vote for in the upcoming election, we just want to ensure that everybody is both registered to vote and actually shows up to the polls. All politics aside, it is our right as Americans that we the people have the power to vote to begin with. Because if you have it, might as well use it. 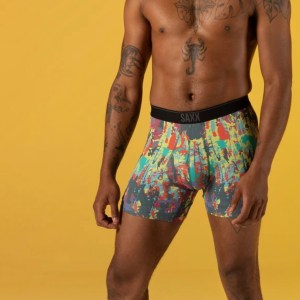 Quite clearly, we aren’t the only group of people on the internet explaining the importance of voting. Various news outlets, media sites and online retailers have been pushing the same message. But, there’s one brand that’s going the extra mile to confirm voter eligibility with a little freebie to entice people a bit: SAXX Underwear.

SAXX makes the comfiest pair of boxer briefs on the market. We said it and we meant it. Each pair is designed with a BallPark Pouch to keep your jewels feeling cozy, a Three-D Fit that hugs your bod in the right way, Flat Out Seams that places the softer areas on the inside of the underwear and an anti-roll waistband so your undies will never wedgie as you walk. SAXX is in their own playing field, but a lot of the time, some are turned off because one pair can get pretty pricy depending on your budget. But right now, that’s not exactly the case. 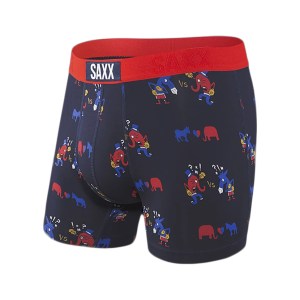 Right now, SAXX is partnering with HeadCount to ensure each and every American over the age of 18 is registered to vote. How, you might ask? The brand is giving out one free pair of underwear when you purchase their Headcount DUEL print. The only catch? You have to prove you’re vote-ready.

SAXX makes adding a new pair of underwear to your skivvies drawer easier than ever. Simply read the instructions listed right here to prove your voter registry and there will be a free pair of undies headed to you in no time. But, hurry up! This deal ends on September 22nd.

Experience the comfort you’ve always wanted in a pair of underwear with SAXX, and make sure you wear your newest politically-driven pair right to the polls this November. Registering to vote is easy peasy and more worthwhile than ever. And remember: use your voice and make the right choice!

I’m in Love With My SAXX Snooze Sleep Pants