It was first introduced in 1933, meaning that it outlasted the Depression and World War II. Despite its friendly appearance, it has the kind of rugged pedigree (and complex history) that watch lovers adore. The design was special, too. The original Ingersoll watch was the first character watch to utilize Mickey’s arms as the watch’s hands. Of course, the watches themselves are not necessarily the most durable or complicated. They were made for children and retailed for less than $4 — not nothing in those days, but not a large enough sum to warrant high-quality construction.

These days, there are character watches for men for just about every franchise imaginable, ranging from Star Wars to Looney Tunes, but Mickey Mouse is the character that brands from Citizen to Swatch keep coming back to.

A Brief History of The Mickey Mouse Watch

In 1933, Ingersoll introduced the Mickey Mouse watch as part of a merchandising push by Disney. These watches were produced for Ingersoll by the Waterbury Clock Company. Neither Ingersoll nor Waterbury Clock Company are household names today, but the brand Waterbury became certainly is; the company is known as Timex. What set the original Mickey Mouse watch apart from previous character watches were the hands; this was the first watch where the character’s arms were part of the design, rather than just a static image. 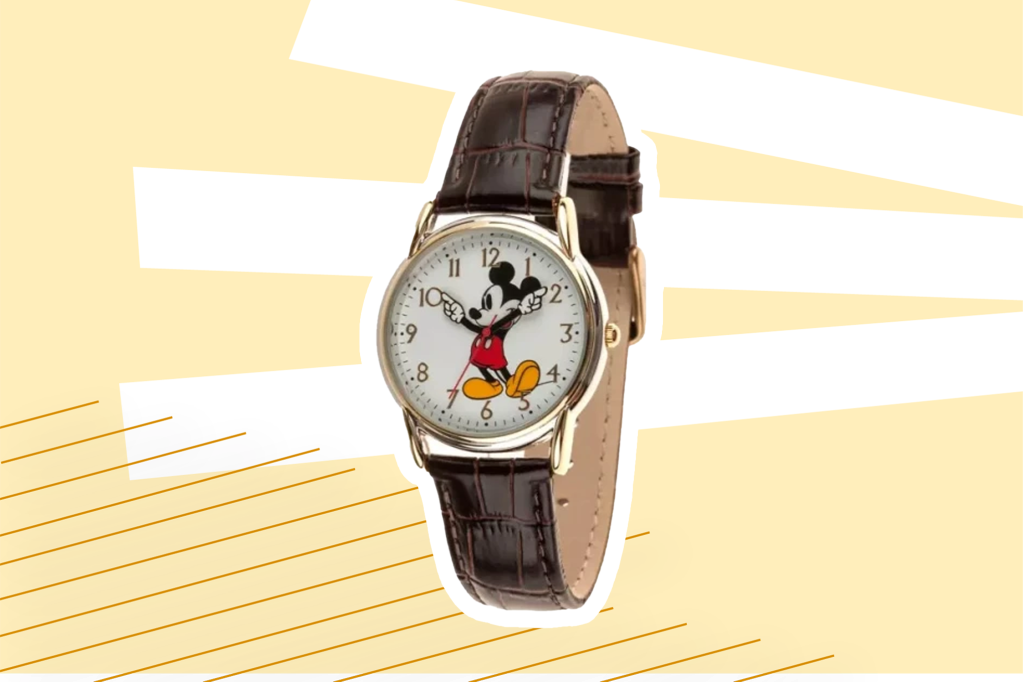 Other character watches were produced for Disney, featuring the likenesses of Donald Duck, Pluto and Bambi. Throughout the 20th century, other brands began getting in the Mickey Mouse game, including well-known brands like Seiko. The craziest of these was made by Lorus; it featured Goofy with arms that ran counter-clockwise. The numbers were also reversed, with the 1 located at the 11 o’clock position, 2 at 10, 3 at 9 and so on. So this watch was usable, technically, though it would be a head trip to try.

There are frankly too many character watches to count, but it’s worth running through a few of the iterations that have featured Mickey Mouse over the years, as well as a notable timepiece featuring another beloved cartoon character.

The original is still the most iconic design, and it’s the one that other brands like Seiko and Timex have riffed on. This one features the seconds subdial with the running Mickeys, as well as the distinctive novelty metal bracelet. 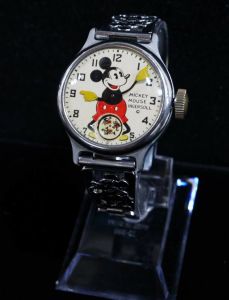 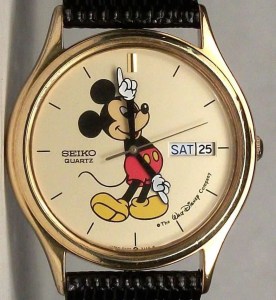 Gucci’s iteration is a little different, and while it’s not for everyone, it’s certainly worth including for its noteworthy design. Instead of a traditional face, this watch has a metal case with two small windows featuring the hour and minute. Rather than having his arms put to work, Mickey gets the day off. 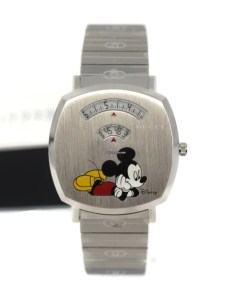 Swatch linked up with the Keith Haring estate and Disney on this watch, which combines Haring’s pop-art sensibilities, Disney’s iconic imagery and Swatch’s colorful aesthetic. It’s a quartz watch made with plastic and silicone, so it’s not the kind of timepiece you’ll have to be too precious with. 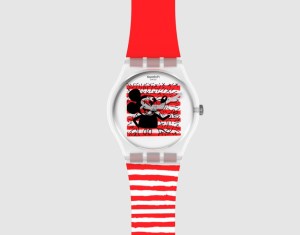 Speaking of art collabs, Swatch linked up with Damien Hirst, one of the most successful (and controversial) artists on a clever, minimalist take on the classic Disney character. Mickey’s face and body have been reduced to colorful dots, but he’s still immediately recognizable. This pair of watches sold at Sotheby’s for over a grand. While the set is tougher to find, we were able to track down the dark gray background watch on eBay for a cool three grand. 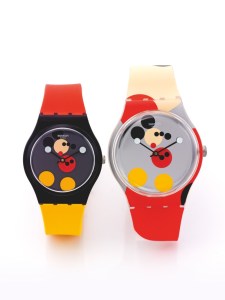 Fortunately, you don’t need to go digging through auction sites to pick up a Mickey Mouse watch. Citizen regularly collaborates with Disney on character watches, including this stylish Eco-Drive watch featuring Mickey staring up at the stars. It has a moon phase and subdials for the month, day and date. And since it’s solar-powered, you don’t have to worry about changing the battery. 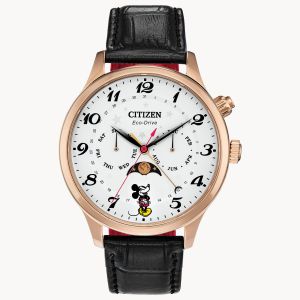 It’s not Mickey, but this watch is too unique to not include. The timepiece is made by Lorus, a label belonging to Seiko. The hands run counterclockwise, with the numbers being applied in reverse order. 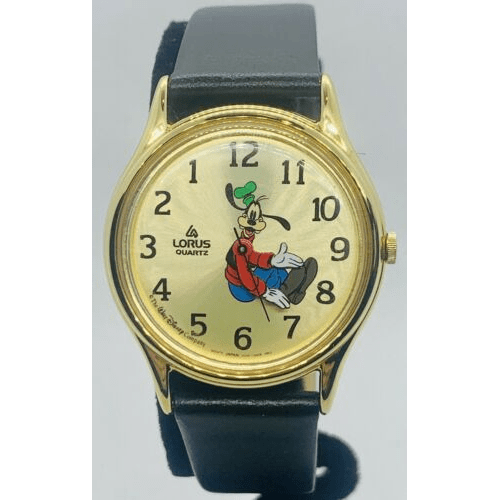 You can actually pick up a Mickey Mouse watch directly from the Disney store. Is it the finest the horology world has to offer? No, not really. But that’s in the spirit of the original. And at only $40, it’s easily the most affordable Mickey Mouse watch on our list. 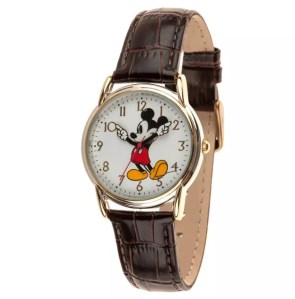