If you’re a brand that’s closely aligned with surfers and skaters, which are appearing in the Olympics for the first time this summer, where else would you debut the world’s thinnest digital watch except at the Tokyo 2020 Olympic games? On July 13, 2021, Nixon released The Heat, a new limited-edition watch, which will also be gifted to athletes and Nixon brand ambassadors heading to the Tokyo 2020 Olympics.

According to Nixon, it’s the world’s thinnest waterproof digital watch. 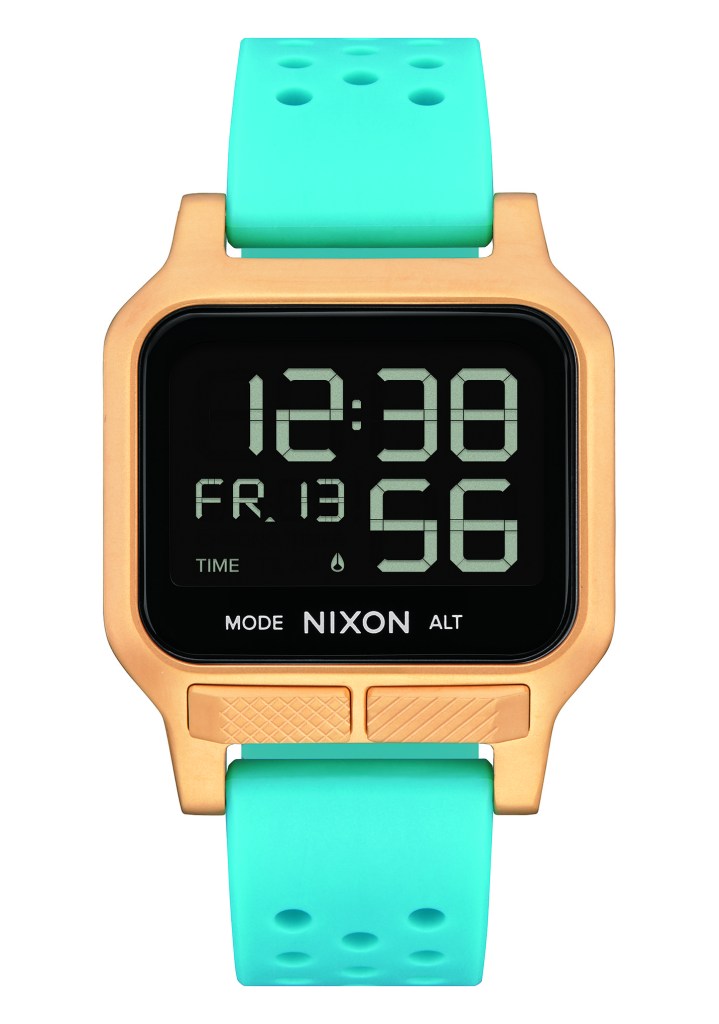 Like Nike and Adidas before them, the California-based Nixon is supporting Olympic athletes with new gear ahead of the opening ceremonies. With its turquoise rubber strap and gold-toned trimmed square face, this is not only a deliciously sexy watch, but it can also withstand water and time your workouts too.

We’ve covered Nixon watches and bags before. Everything they make is meticulously crafted, durable, stylish and increasingly eco-friendly. Their watches range from their Base Tide Pro Watch, which is programmed with time and tide information for 550 beaches, to their Fifth Element Watch, an automatic watch with Japanese movement and a date complication.

Nixon’s only made 500 of The Heat: Team Edition watches. They first gifted some of the Tokyo-bound athletes who’ll be racing towards the finish line at the end of July. They also gave a few of these almost indestructible digital watches to the brand’s ambassadors and friends. The rest of the watches go on sale Tuesday, July 13, 2021, and you might be able to score one for yourself if you act fast.

How thin is this watch? It’s 8mm thick or should we say slender. The front of the watch has an LED readout. The cover is hardened mineral crystal and has screw pin lugs, sturdy enough to withstand waves and falling off skateboards. The stainless steel case clocks in at 38mm and the back is engraved with “NIXON/BREATHE DEEP/THE HEAT.” And it will keep working up to 10 ATM / 100m.

The watch is easy to program and can be used to time workouts and runs. For extra motivation use the “Final Countdown” feature. It’s a timer that flashes red as it’s counting down the seconds and flashes a red-framed “SEND” message for that extra push. 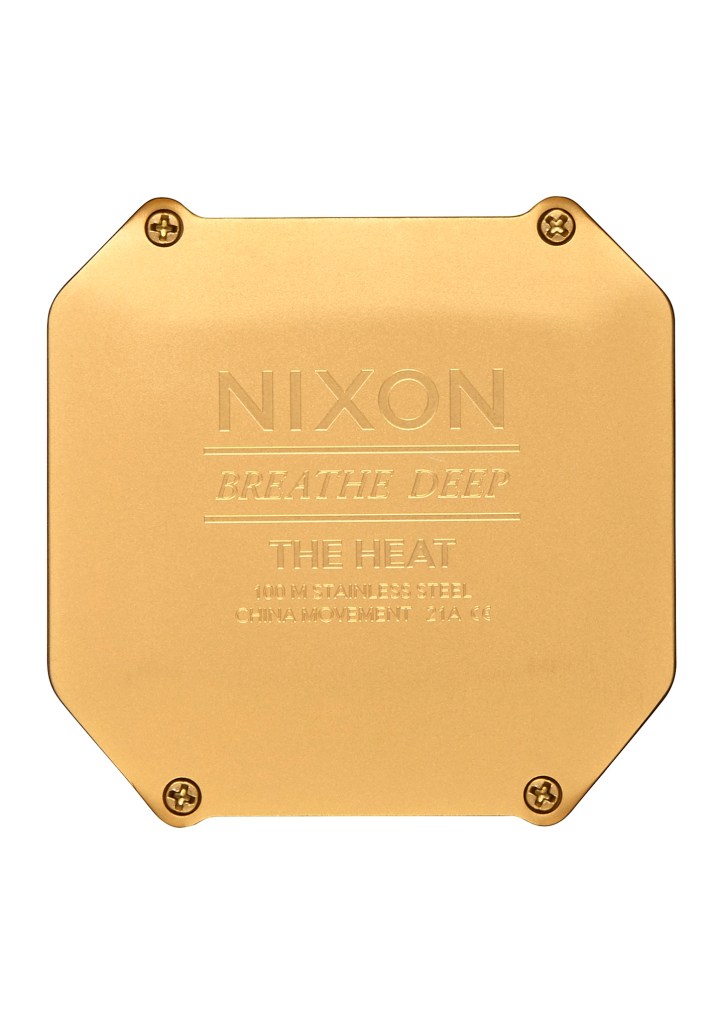 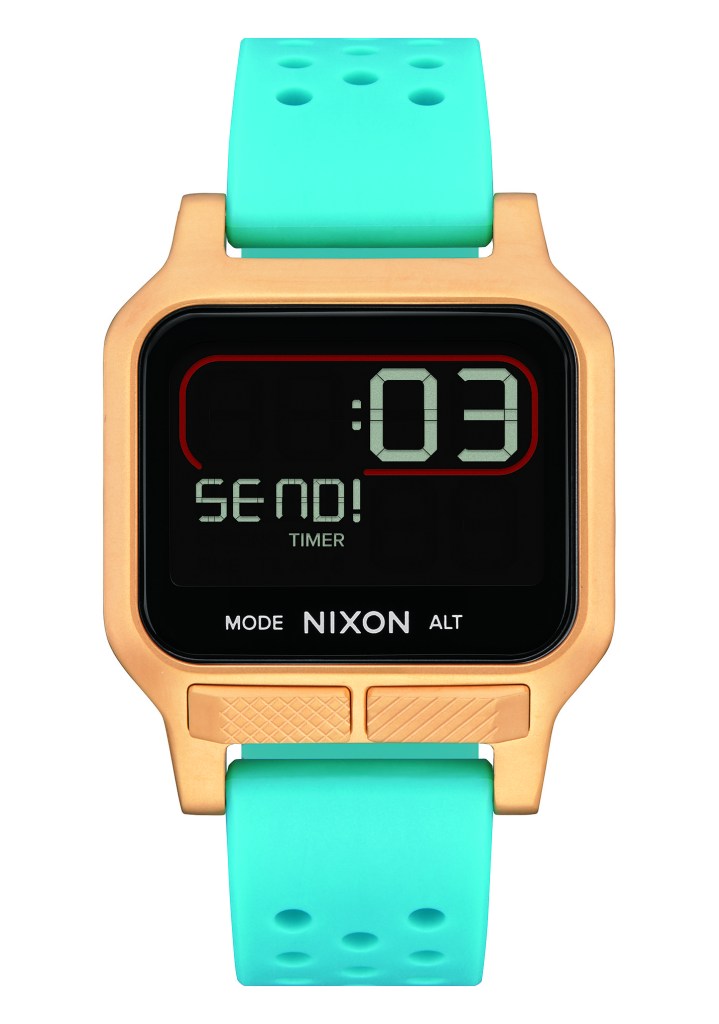 This LCD watch has a day/date calendar set through 2099, chronograph, pre-set timers and the above-mentioned custom timer that finishes with the “SEND” message.

While you’re watching the Olympics, keep looking for a flash of turquoise on athletes’ wrists, as some of them will be wearing The Heat: Team Edition in action.