Despite the seemingly endless supply of safety gear for bikers — reflective clothing, safety lights, neon apparel — nighttime biking remains a sadly fraught adventure, because in any car vs. bike encounter, it’s the bike which invariably gets the worst of it, and all too often with tragic results.

But now The Orb is here, and it may be a true difference maker. Designed by cyclists for cyclists, The Orb is a USB-rechargeable, super-bright safety light which doubles as a 700ml water bottle and fits securely in your cage. The water bottle itself is cool and all, but its the science behind The Orb that makes it a true lifesaver. 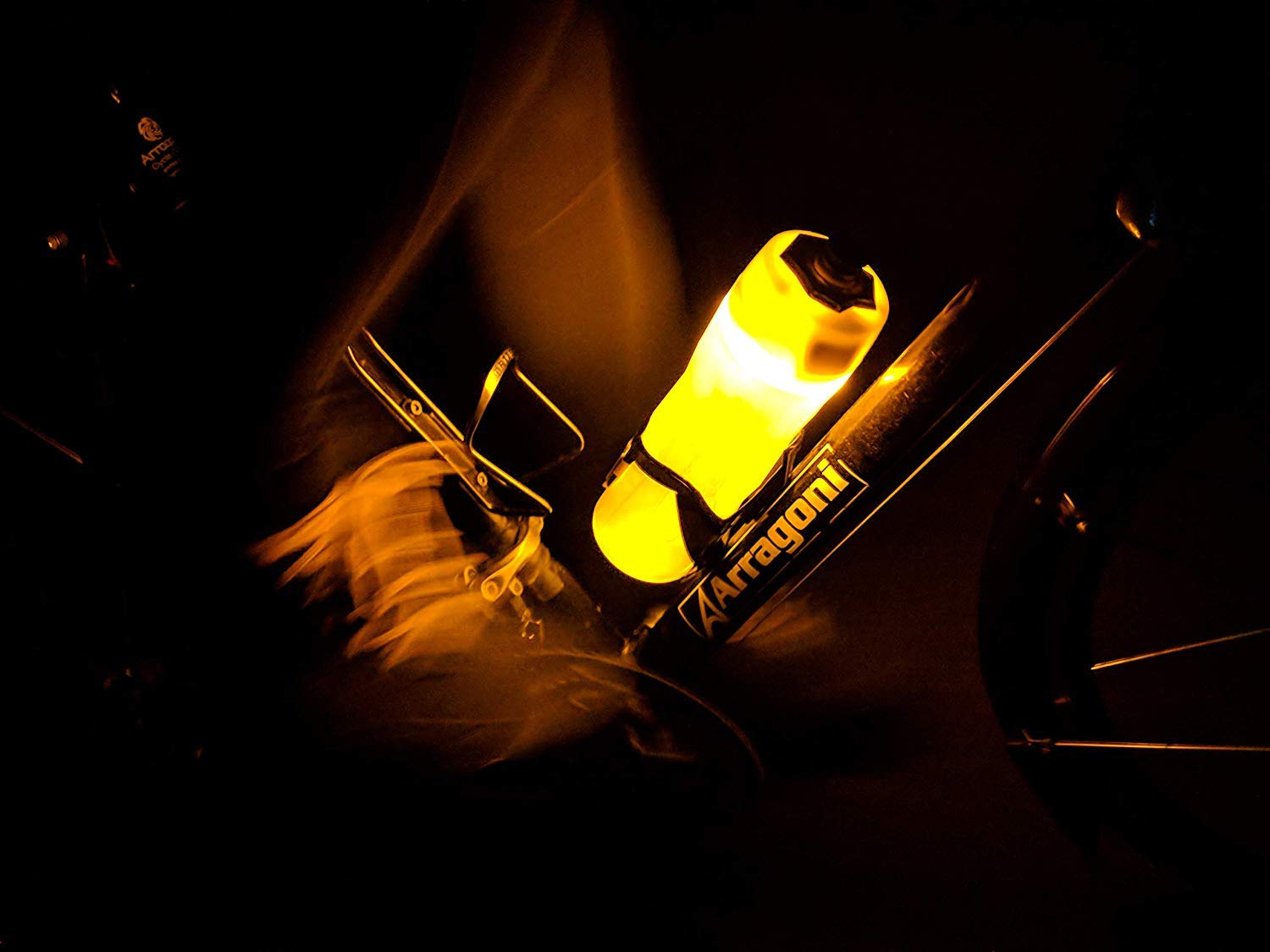 The Orb Bike Light and Bottle

Everything from The Orb’s color to its location was designed to maximize rider visibility and safety like no other product on the market. By resting in the water-bottle cage, The Orb’s powerful 70-lumens light is visible from 360 degrees. Bikes often are equipped with front and rear lights, but riders are dangerously exposed to impact from the sides since bikers are not easily spotted in profile view.

Further, The Orb’s bright light is orange — the same color as side lights of trucks, vans, trailers, buses, and many cars — which more urgently draws the attention of auto drivers. A car driver may not notice a reflective strip on a jacket or a small front light on a bicycle, but a powerful blinking orange light instinctually alerts them to the presence of a moving vehicle.

The location of The Orb also makes use of bio-motion — drawing attention to the motion of the rider’s pedaling legs rather than the static upper body. Bio-motion allows car and truck drivers to see cyclists from over three times further away than reflective upper-body wear. The cyclist’s moving legs are also directly in the auto driver’s field of view, and help drivers judge the speed and direction of the cyclist. It’s a peerless early-warning system to keep drivers aware and informed of the presence of cyclists. 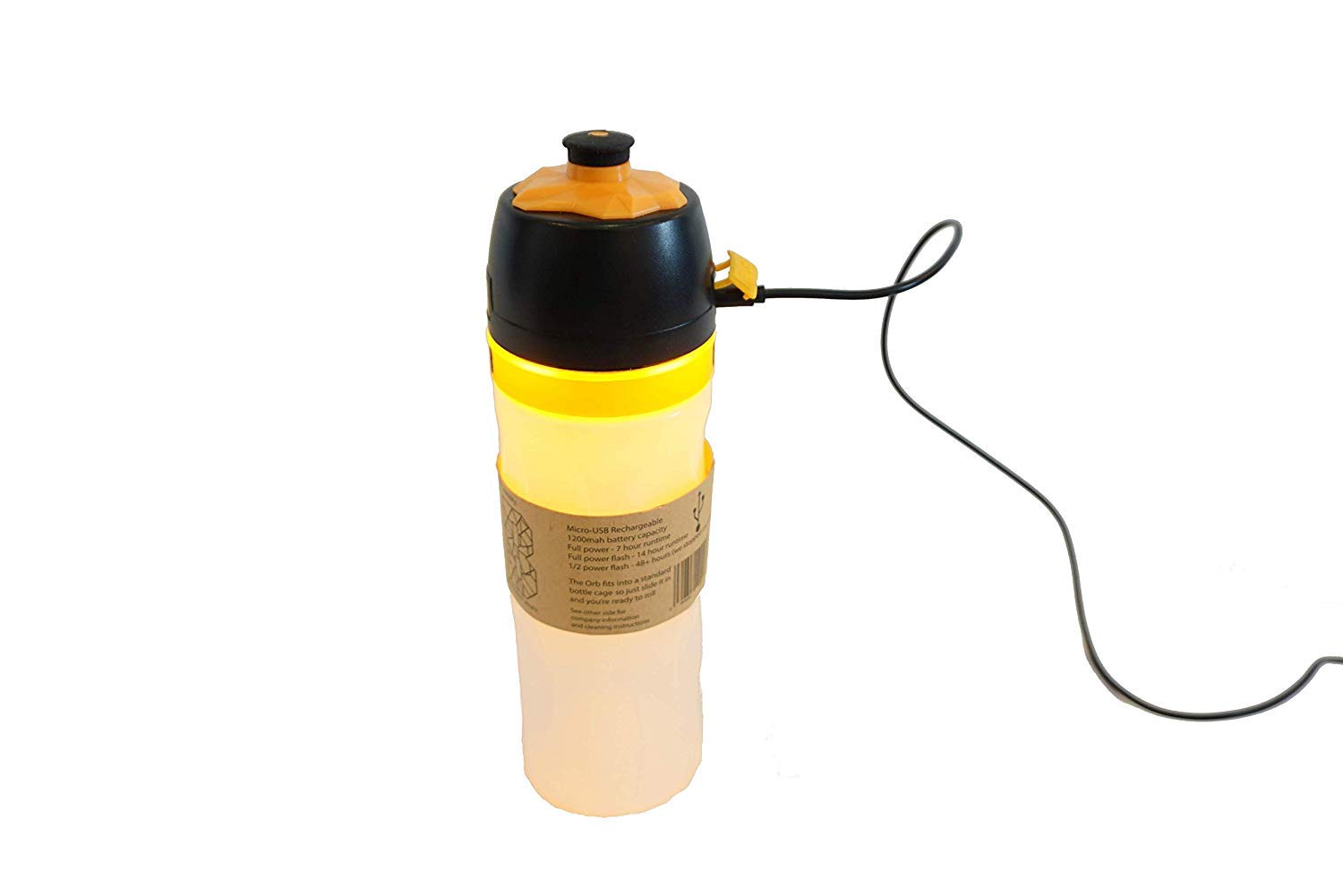 The Orb Bike Light and Bottle

The Orb’s light is easily active by a switch on its side. It has six light modes, from constant beam to flashing, all in bright orange and are sure to catch the attention of moving cars and trucks. And again, The Orb is visible from 360 degrees, and accentuated by the bio-motion of the cyclist’s legs rather than the mostly motionless upper body. And with a 12-hour USB-rechargeable battery, The Orb has your back for your longest rides. It all adds up to unmatched safety for cyclists.

As a standalone light The Orb would be one of the very best products on the market for cyclists, but it’s also a BPA-free water bottle, and the LED lights are so efficient that they do not alter the water temperature. On a moonless night on a poorly lit road, this device can literally save your life.

The Best Road Bikes You Can Buy Online