Rare Finds is a new series on SPY highlighting cool and unique products on auction websites. This week we’re putting a spotlight on The Hamilton Seckron, which is available on eBay.

The most cutting insult in the world of watch snobbery is to call something a “fashion watch.” It’s a loose term, but generally, a fashion watch is a timepiece made using cheap movements and parts by companies with little experience in horology.

But if you define fashion as something that exists largely for aesthetic purposes, rather than being purely functional, then almost all watches these days are fashion watches. After all, are most dive watch owners wearing them underwater? And The TAG Heur Formula 1 may be named for a race car, but it’s probably much more likely to be worn by someone sitting in traffic while their Tesla is on auto-pilot.

In fact, if you’re looking for function, then you probably want an Apple Watch. It’ll tell you the weather, count your steps, update you on important calls and track a whole range of health metrics. Compare that to a Rolex, which can’t even tell time as well as a cheap quartz watch can, let alone tell you how oxygenated your blood is. Of course, it’s a gross oversimplification to reduce Rolex’s 116 years of history and innovation in such a way, but the point still stands — many mechanical watches once served a function, but the average mechanical watch exists today primarily as an aesthetic, collectible item, rather than something purely functional. 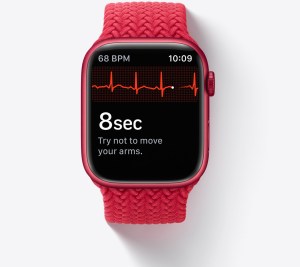 The ways watchmaking has changed (in some ways, by not changing) makes it interesting to dwell on a time when watches were built to serve a purpose. Interestingly, the FitBit and Apple Watch aren’t the first watches made to track health metrics. The first wrist wearable to track heart rates was made by Polar in the late 70s, but the history goes back further than that. Take the doctor’s watch — it’s not nearly as well known a style as the pilot, racing, or dive watches in production today, but throughout the early 20th century, a variety of brands made watches specifically for medical professionals like doctors and nurses.

The detail that set the doctor’s watch apart was the unique face. While dive watches, for example, put sub-dials within the round face, the doctor’s watch features its second-hand sub-dial entirely below the hour and minute hands. They essentially look like two watch faces were stacked on top of each other and put in a rectangular case. The oversized second-hand dial was supposed to make it easier for a doctor or nurse to take a patient’s heart rate. Brands like Gruen, Elgin and Rolex all made doctor’s watches, and one of the most gorgeous examples of a doctor’s watch is the Hamilton Seckron. 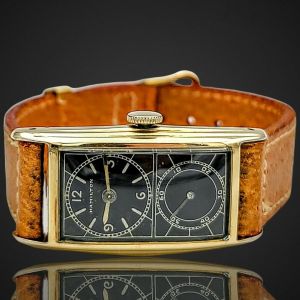 The Hamilton Seckron had a fairly limited run, which means that there aren’t a ton of them floating around. Despite their rarity, though, a good condition Seckron can be had for a non-exorbitant amount of money. This authenticated option on eBay is going for $2,299.00, for example. It has a brown leather strap, a gold case and a black face.

Hamilton, as a company, has had something of a rocky and interesting history. They were founded in Pennsylvania in 1892, and Hamilton field watches were used by the American armed forces and worn by Elvis Presley. Basically, they were as American as apple pie and baseball. But since Hamilton ended American production in 1969, ownership of Hamilton has been passed around by different Swiss watch companies. Nonetheless, the Seckron is a stunning design from the brand’s American era, and the perfect example of Hamilton’s history of making watches that serve a function.

Of course, you probably won’t be using a doctor’s watch to check your heart rate the way a 1930’s doctor would — for that, you might as well stick with the Apple Watch. But the Hamilton Seckron is undoubtedly an attractive and fashionable timepiece. And maybe a watch being fashionable isn’t such a bad thing.

Buy Now
The Auction Block: These Vintage Frank Gehry Wiggle Chairs Could Be Yours