While the best watches for men are meant to be timeless, there’s something to be said for a watch that evokes a specific point in the history of horology, whether Elvis’ triangle-shaped Hamilton Ventura or the Seiko Roger Moore sported in The Spy Who Loved Me. That’s precisely why we’re fond of retro digital watches. And the best retro digital watches call to mind the dorky yet stylish design of the 1980s when boomboxes and arcade games reigned supreme.

Though cheap Casios and novelty watches are associated with the Reagan presidency, the first electronic digital watch was introduced in 1970. It was made by Hamilton and called the Pulsar, and it was inspired by the space age in name and design. Since it was so new, it was actually more expensive than the mechanical watches of the day. Casio’s first digital watch emerged in 1974, but the brand came into its own in the ’80s.

The Casio F-91W is perhaps the most iconic digital watch ever made, and that’s because it perfectly embodies everything great about digital watches. For one thing, it’s incredibly cheap. It’s also reliable and packed with features in its tiny case. But as great as the F-91W is, we’re fond of a ton of retro digital watches, including options from Casio, Timex and beyond. So strap on your fanny pack and read on for SPY’s favorite retro digital watches.

The F91W is stylish precisely because it’s not trying to be. It’s made from cheap resin, not metal, and the case is adorned only with practical information about the buttons. It’s water resistant enough for everyday use and has plenty of functional features like a daily alarm, backlight, day-date and chronograph. 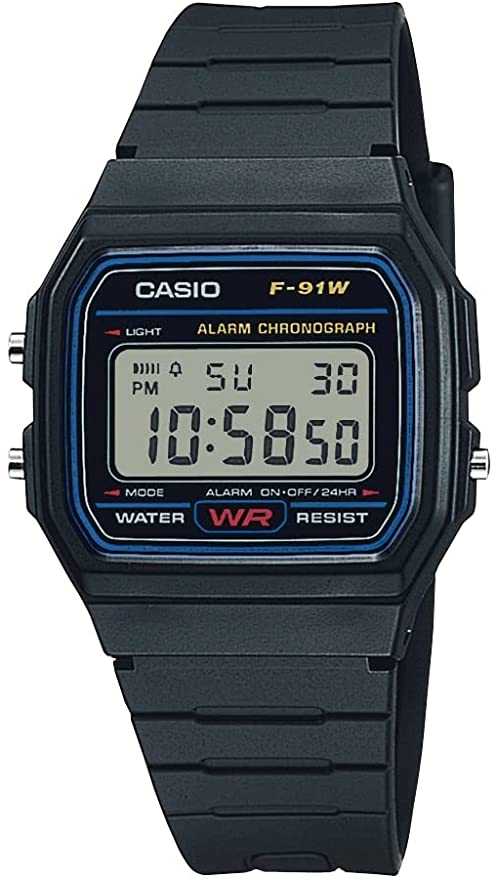 If you wore a wristwatch in the ’80s, ’90s or early aughts, then you may remember the importance of Indiglo, the glow-in-the-dark technology that seemed so modern at the time. This retro Timex gold watch is a timeless classic, and it’s sure to earn you plenty of compliments from your nostalgia-obsessed friends. 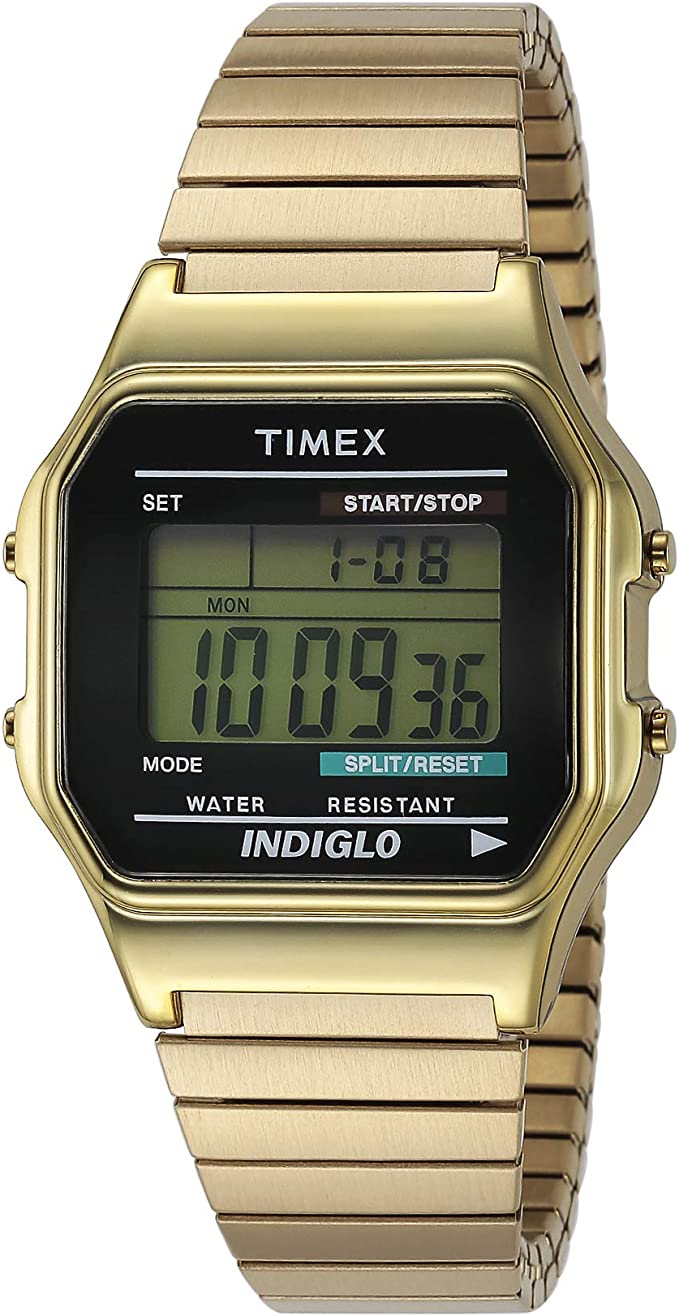 Timex’s Q series consists of watches the brand has reissued, meaning that these aren’t just retro-inspired but true to the original. This particular watch was first released in the late ’80s, and it’s one of the most unique digital watches on the market. Long before Apple pushed the idea of a digital face that looks like an analog one, Timex tucked an analog LCD display into this watch, which also has a digital readout, alarm and timer. 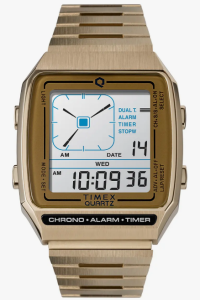 If you want to take it all the way back, Hamilton has reissued its 1970s Pulsar watch. The original required that you push the button to read the time. This retro watch model has been slightly updated, with a hybrid display that’s still legible when the button isn’t pushed. You can brighten the display by pushing the button, honoring the tactile nature that made the original so fun. 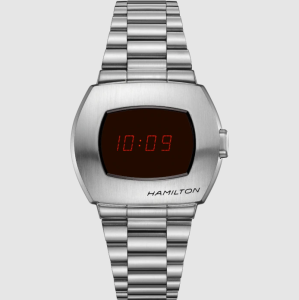 Digital timekeeping was still relatively new in the 1980s, but the technology was more affordable, so brands used the ’80s as a sandbox for experimentation. One example is this calculator watch, which combined two things Casio was good at making. You probably won’t get away with using this watch to cheat on your math test, but it’ll at least come in handy when it’s time to calculate the restaurant bill. 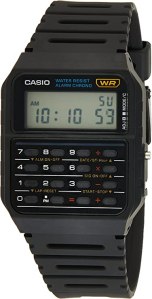 Thought digital watches couldn’t be classy? This evokes the classic watch design of the 1960s but packs a little extra functionality in the form of a digital window at the bottom of the analog face. You can cycle through digital time, alarm, month/day/date, time zone and stopwatch features at the tap of a button. The small face makes it less ostentatious than the average gold watch. 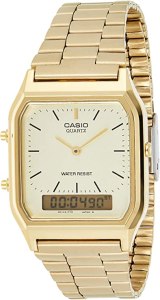 It doesn’t get more 80s than this digital Timex, which combines a classic square plastic watch with a design inspired by Space Invaders. Though you can’t play the game on the watch, you get features like Indiglo backlight, chronograph, calendar display and an alarm. 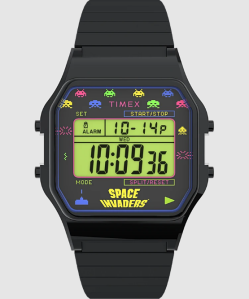 Bulova’s Computron is a true oddity, and it should be no surprise that it was born in the 1970s. While digital watches today are all about function, this is definitely about form. The case is trapezoid-shaped, tapering at the top and widening at the bottom, evoking a computer console you might expect to see on a spaceship. The actual time display is housed at the very bottom of the watch, leaving most of the case essentially decorative. It’s worth noting that you have to push the button to display the time.