At SPY, we love a good watch. But specifically, we really love Timex. The brand offers so many affordable, stylish, and different kinds of models that you can’t really go wrong with any single option. But once in a while, a specific version pops up that really causes you to look twice because of how singularly unique and special it is. And that’s definitely the case with the Timex M79 “Coke.”

Lovingly nicknamed so for its red and black dial, which calls to mind the famous Georgia soda brand, the “Coke” is the latest reissue of the M79 line. The initial re-release of the M79 debuted a few years ago — in another soda-inspired colorway — and quickly became a best-seller for the brand. Here we are now, with another option as the brand continues to expand its offerings on the M79.

This particular version of the M79 is an old-fashioned upgrade on a classic, which is to say, it’s a bit like New Coke versus Old Coke — only without all the backlash. Instead of being based on an old-school mechanical construction, the interior of the watch is automatic based; so long as you keep it on your wrist and move throughout the day, it will continue to tick along without you having to wind it up each day like you would with a mechanical watch. The M79 comes from this model’s initial mechanical functionality, while the 79 comes from the year it was released: 1979. However, you can still wind the dial should its impressive 40-hour power reserve ever tap out.

To incorporate the automatic movement, the case size of the M79 went up to a 40mm face, which means it’ll make a nice statement on your wrist with its shiny stainless steel bracelet. The day and date window evoke stylings of other high-end watches (a brand whose name rhymes with “Smolex”), while the illuminated notches on the interior allow you to see the time even when you’re in a dark environment. Oh, and it’s water-resistant to 50 meters.

All Timex watches are incredibly stylish, without costing an arm and leg to get something that just looks cool and trendy. That’s certainly the case with the M79. All watches are investment pieces, but the M79 won’t cost too much to get you in on the ground floor of a decidedly awesome timepiece. In that sense, it’s a lot like having a real Coca-Cola: crisp, cool, and refreshing.

The M79 “Coke” Watch is for sale via Timex for $279. However, if that price gives you pause, then we recommend heading to Huckberry instead, where you can buy a limited-edition Timex sports watch that looks extremely similar and costs $100 less. Better yet, that timepiece features a retro “Cola” dial for a look that’s even more reminiscent of our favorite soda pop.

You can see both Timex “Coke” watches below. 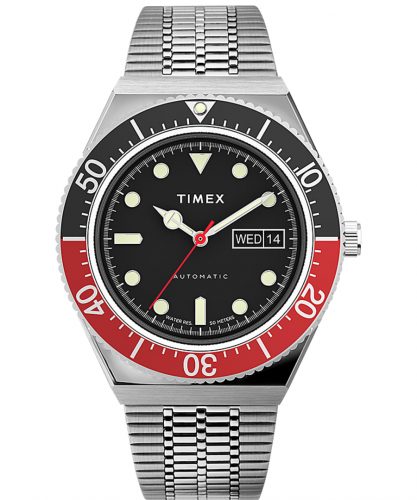 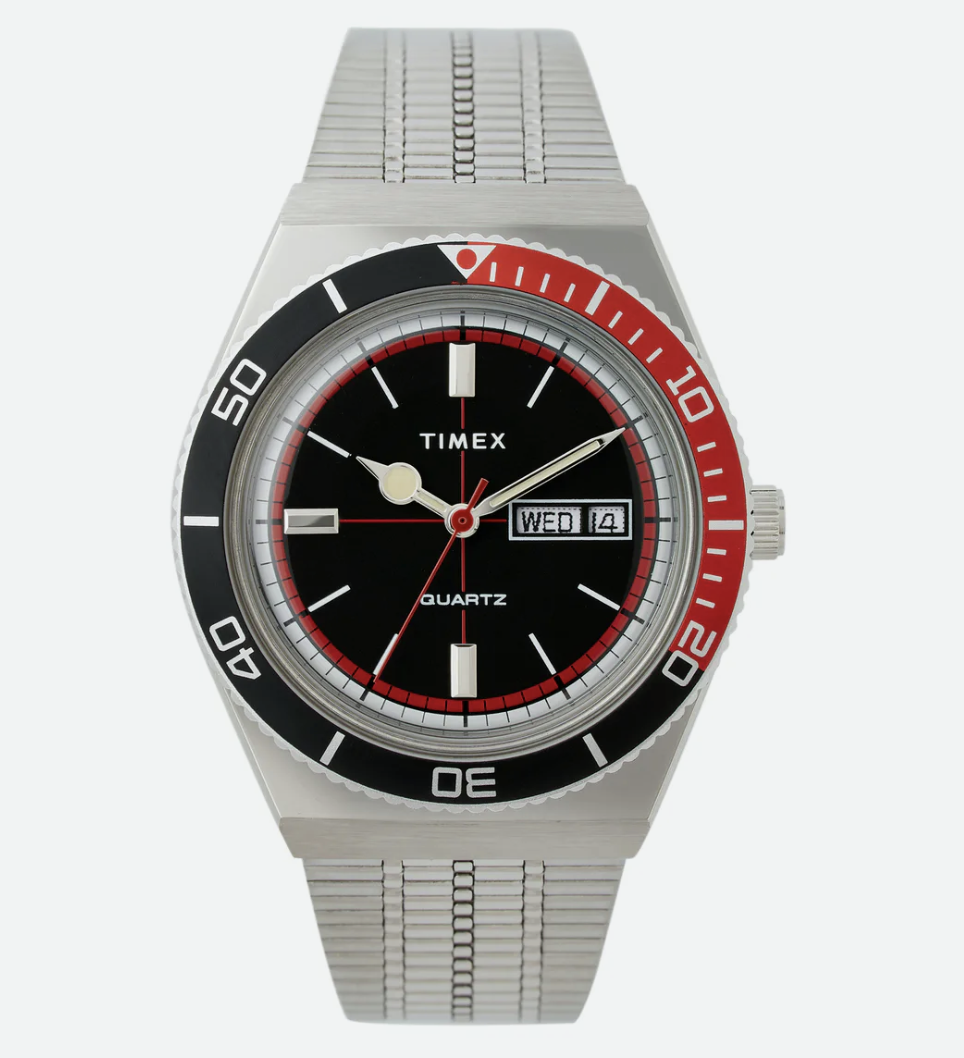