As fashion throwback eras go, the ’70s were, well, hit and miss. The polyester and massive lapels can stay gone forever. But the decade had its moments, including some really amazing vintage watches. And two big hitters have brought back a classic look.

The Timex + Todd Snyder Mid Century watch debuted last year at New York Fashion Week. It’s based on a ’70s Timex original, updated with modern specs and technology including a quartz movement. And before we go into more detail about this sleek retro watch, here’s the best part of all: It’s on sale for $99 right now. That won’t last, so read fast and check it out now!

Todd Snyder has been an epic collaborator since his days with J. Crew. Let him explain this, one of his best efforts: “I’m always in search for the ultimate gentlemen’s watch,” he said when the watch was released. “The Mid Century is inspired by a vintage ’70’s look that can be worn with formal or casual attire. It looks just as good with a suit as it does with a plain white t-shirt and a pair of blue jeans.”

One of the secrets to the Mid Century’s appeal is the third partner in its creation: The great-looking leather strap with contrast stitching is made by S.B. Foot Tanning Co. in Red Wing, MN. Sound familiar? It should — they’re the maker of Red Wing shoes and boots. 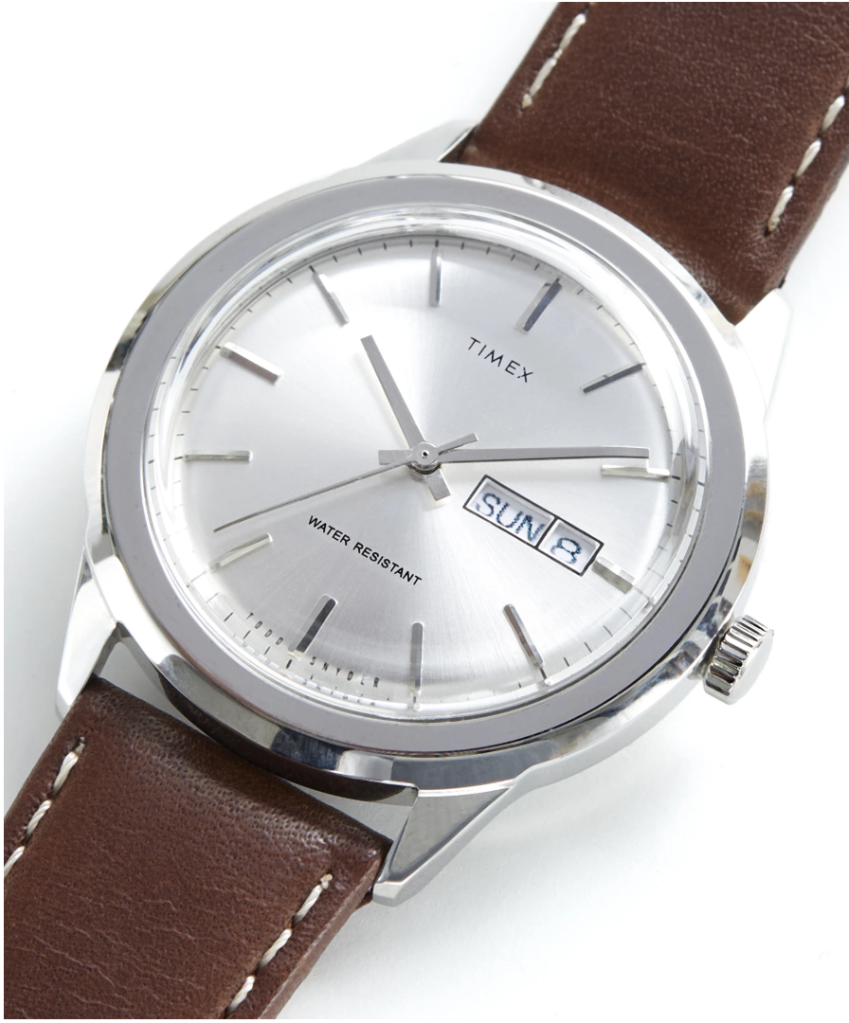 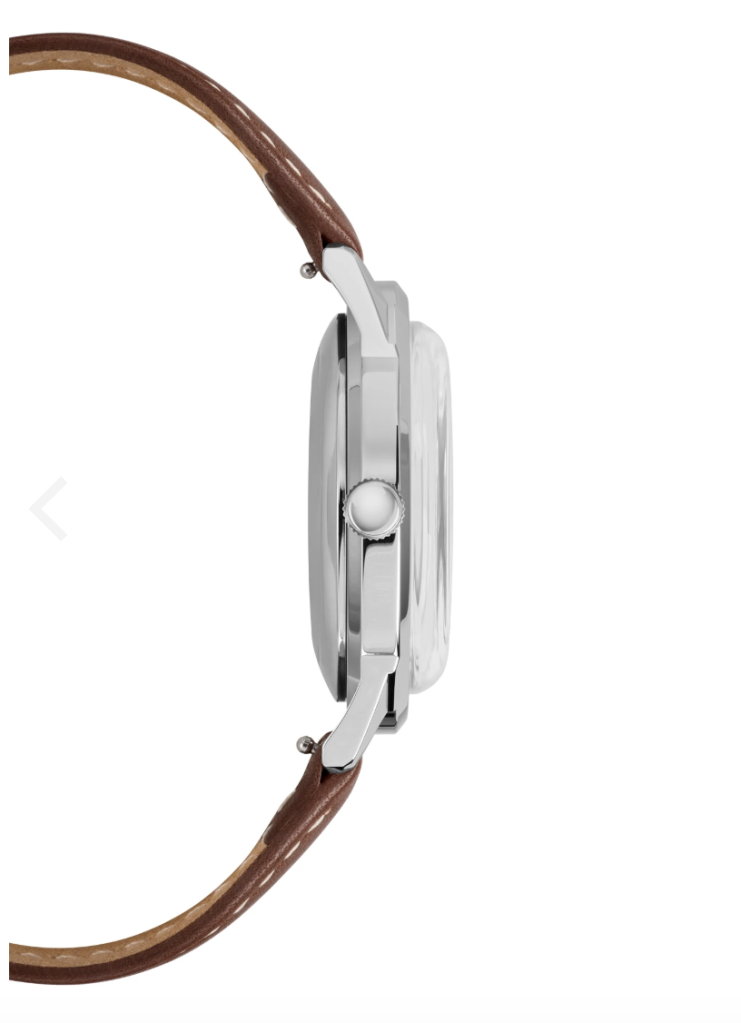 So many of today’s watches are jam-packed with bells and whistles and, literally, complications. (That’s an old-school watchmaker’s term that smartwatch designers have taken a little bit too literally.) The beauty of the Mid Century is that it hearkens back to a simpler time. Time, day, and date, period, presented with a clean, minimalist elegance. The only words on the face are “Timex,” “Water Resistant,” and, if you look really closely under the 6 o’clock marker, “Todd Snyder.”

The Timex + Todd Snyder Mid Century features a 37mm stainless steel case with a 19mm lug width, and the domed acrylic crystal adds to the retro touch. It’s also water resistant to 30 meters. The entire look is one of class without pretentiousness. It gives you the flexibility to wear it equally well in the office, out on the town or just running weekend errands.

The $99 sale, a steep 37% drop from the already-reasonable retail price of $158, will not last long. Jump on this one and give your wrist a dash of throwback class. The entire Timex + Todd Snyder watch line is worth a look, but this is one deal that’s too good to pass up.

Buy Now
We Love This: Check Out the Beblau Fold, a Kickstarter-Approved Tech Organizer