In the world of fashion, it can feel like you’re always trying to keep up with the Joneses. You finally get skinny jeans and the world brings back bell-bottoms. You get your all-black outfit going and then the world decides the plain white T-shirt is in again. (To be fair, it never left.) Or maybe you’re just not that keen on men’s crop tops and sweatpants, but still want to feel somewhat trendy.

But if you’re seeking trendy glasses for men, it’s actually easier to get on-trend than you think. Because really “trendy” glasses are basically monstrosities for the fashion elite, most trendy eyeglasses for men are just refined iterations of existing styles with one or two elements outside the box. That’s all it takes to turn your standard fare frames into something new, different and, most importantly, cool and trendy.

We wear glasses and we’re into the whole glasses-as-accessories thing (as opposed to being merely a tool for vision correction), so we rounded up some of the trendiest eyeglasses for men from a few of our favorite glasses makers. We’ve got rad picks from Warby Parker, Zenni Optical, Felix Gray, EyeBuyDirect, Liingo and more, and every pair will up the ante up your personal style.

So, ordered loosely by frame style, check out some trendy glasses for men below and start treating your glasses as the key fashion accessory that they are.

Warby Parker is always a great starting point when seeking trendy glasses for men. The Saylor Eyeglasses in Layered Cognac Tortoise with Polished Gold somehow manage to simultaneously stand out and blend in. That’s because even though the design inspiration is straightforward, Warby Parker modernized and slimmed it out, giving it a bit more edge. 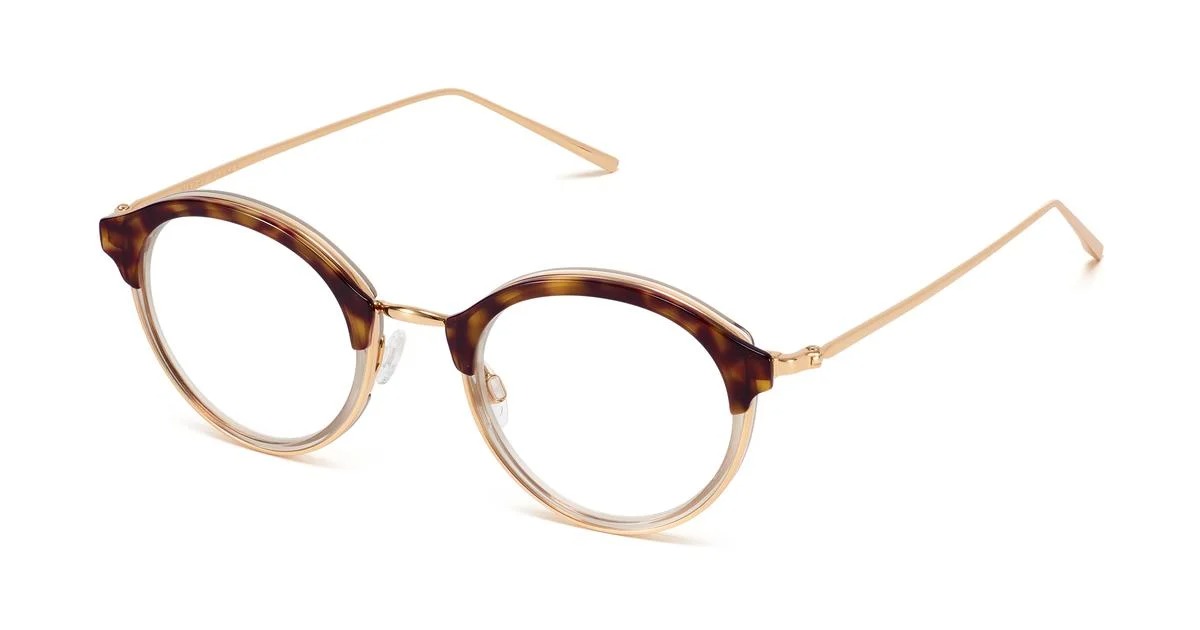 We recently discovered Felix Gray and the glasses maker has quickly emerged as one of our favorites. The Kepler in Sazerac Crystal is particularly trendy. Though the design is pretty straightforward, the sazerac-inspired colorway has a subtle appeal and intrigue. 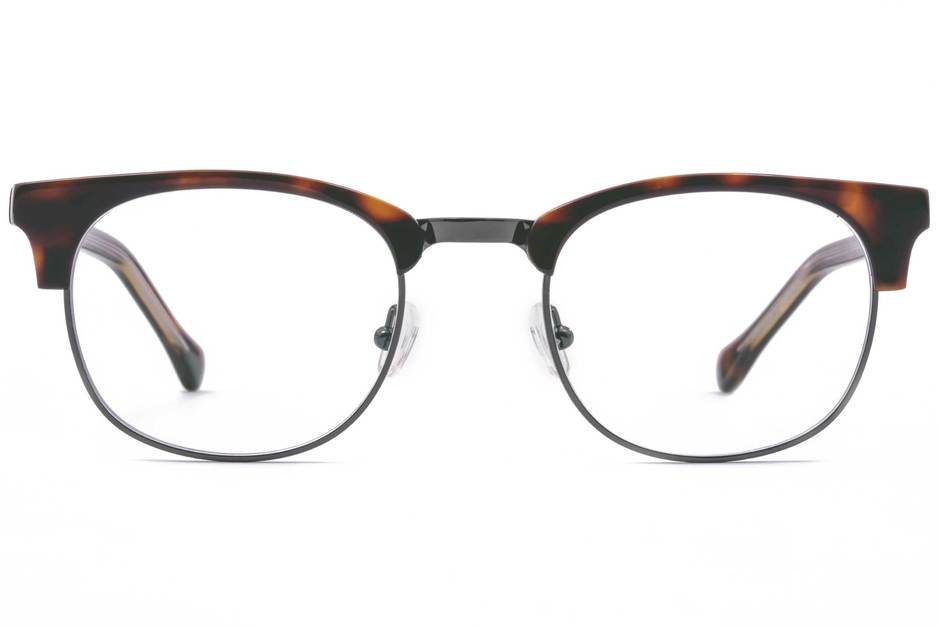 Zenni Optical isn’t exactly breaking new fashion ground with its designs, but it doesn’t mean they don’t hit well on trends. The Zenni Optical Round Glasses have a pretty standard design, but where they stand out is the unusual moss colorway. It’s like a marble or tortoiseshell pattern, just in a standout color.

GlassesUSA offers among the best variety of frames online, including tons of brand-name eyeglasses for men as well as in-house designed trendy glasses for men. For one trendy as hell pick, we love the Muse M8071 round eyeglasses. What really distinguishes these frames from pretty much any other glasses is the tortoise-blue color scheme. If Jackson Pollack designed glasses, they just might have turned out like the Muse frames. 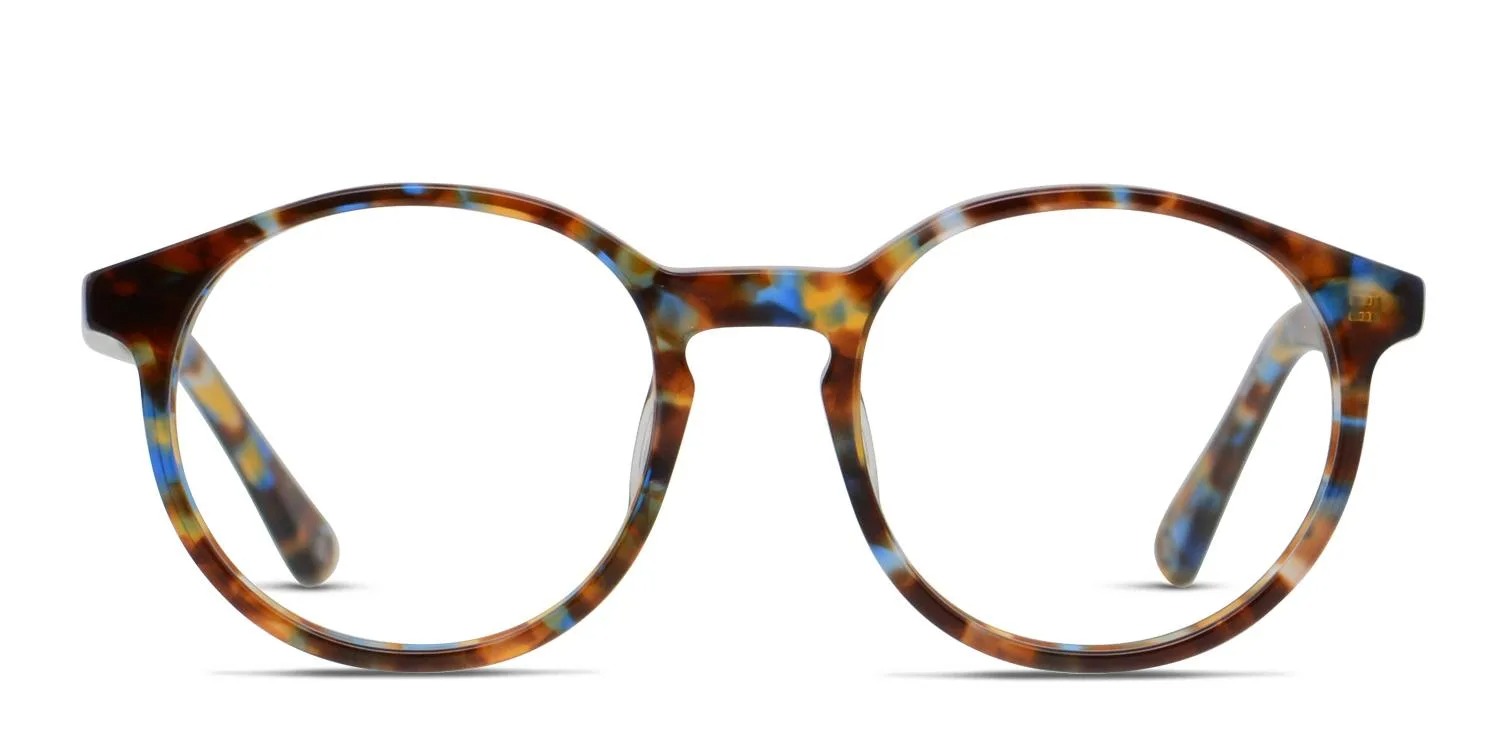 For another Felix Gray, we really dig the Kelvin frames in Whiskey Tortoise. Large lenses are definitely trending and these frames deliver that trend in spades. 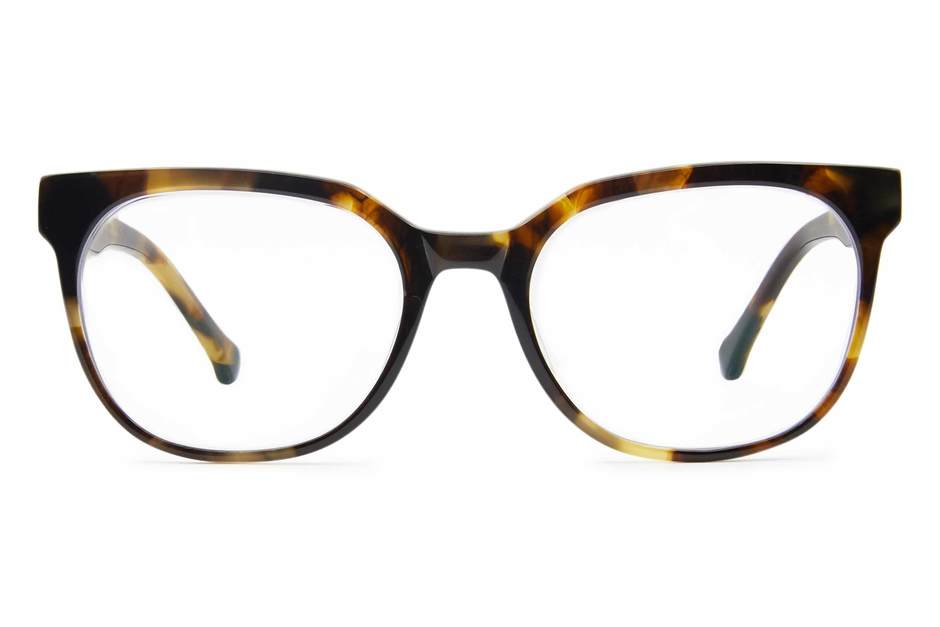 Liingo is another one of our favorite glasses purveyors for its modern designs. The Liingo Wesley Eyeglasses lean into the thick frames trend as well as the steadily growing transparent materials trend. Just check these frames out yourself and we’re certain you’ll agree these are some trendy glasses for men.

The Zenni Optical Aviator Glasses have two trendy things going for them. First, rather than going with a modern, metal aviator design, Zenni opted for a throwback aviator design with thick acetate and if there’s one thing we know it’s that vintage-inspired design is (almost) always in. Second, Zenni opted for a two-toned brown and light green forest colorway that’s sure to catch eyes in any environment.

EyeBuyDirect is one of the best overall glasses vendors out there for its great mix of in-house designs and curated brand-name glasses. For one stylish in-house example, check out the Carmelo eyeglasses. These full-rim black geometric frames with gold metal temples will never not be trendy. 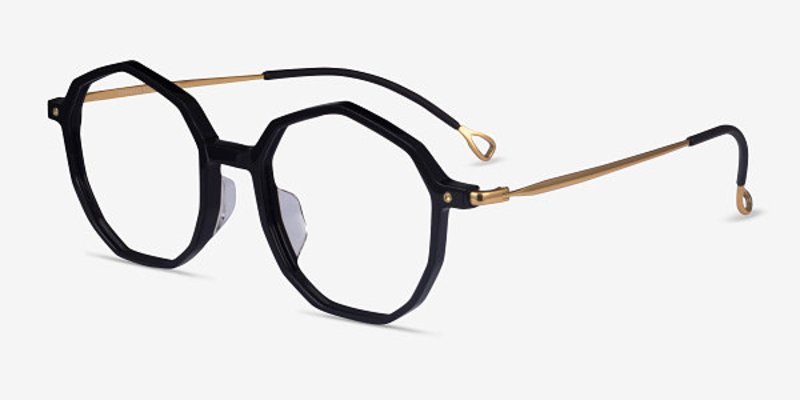 The Liingo Atlas Eyeglasses combine the classic aviator frame with modern square-shaped lenses. The end result is a perfect marriage between old school and new school.

EyeBuyDirect does geometric frames well and the Holden eyeglasses for men have trendy large lenses and classic gold frames in a rectangular shape. Sure, they might not stand out, but being trendy doesn’t mean always becoming the center of attention. In this case, it means wearing something you know is cool, confidently. 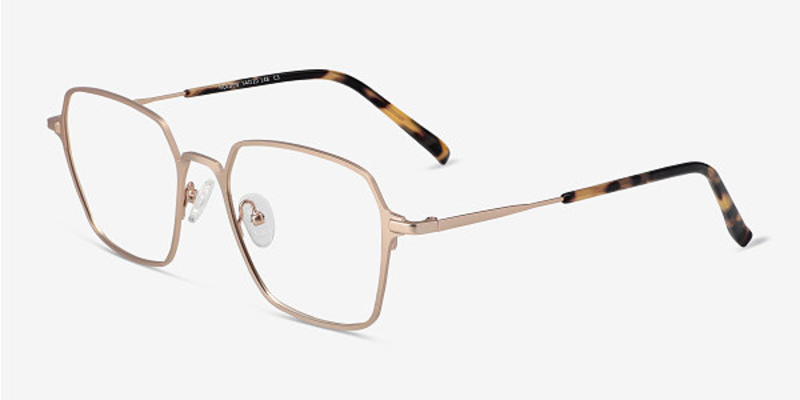 For some truly trendy glasses, we recommend the Yoji Unico frames. Not only are they rimless, but they’re also geometric too for an added twist on the classic rimless round glasses. Steve Jobs would be proud. 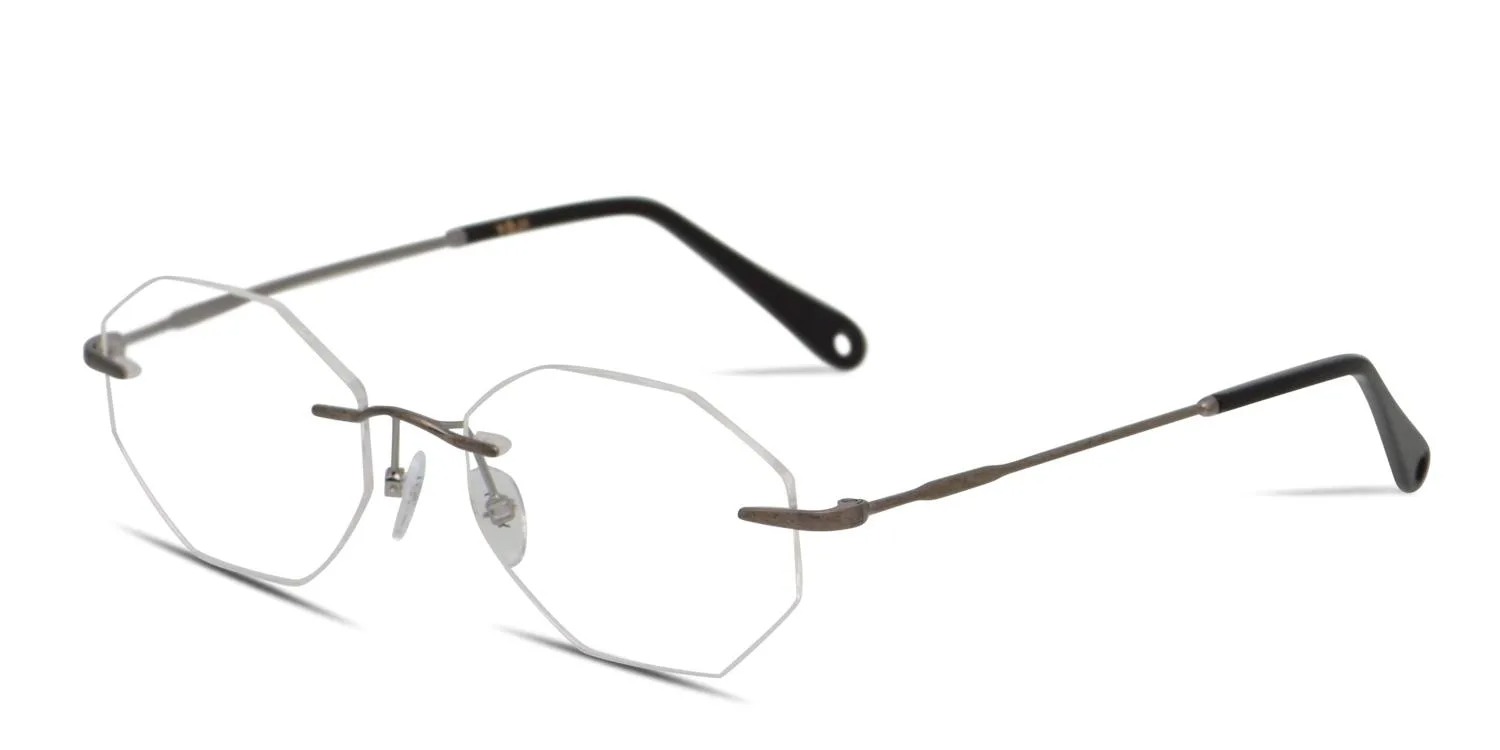 For a great selection of luxury eyeglasses for men, you can’t do much better than LensCrafters. In particular, we’re loving these round Gucci eyeglasses for men. The lenses are big, the brown tortoiseshell is classic and the full acetate rim and metal accents bring everything together for one pair of seriously trendy glasses for men. 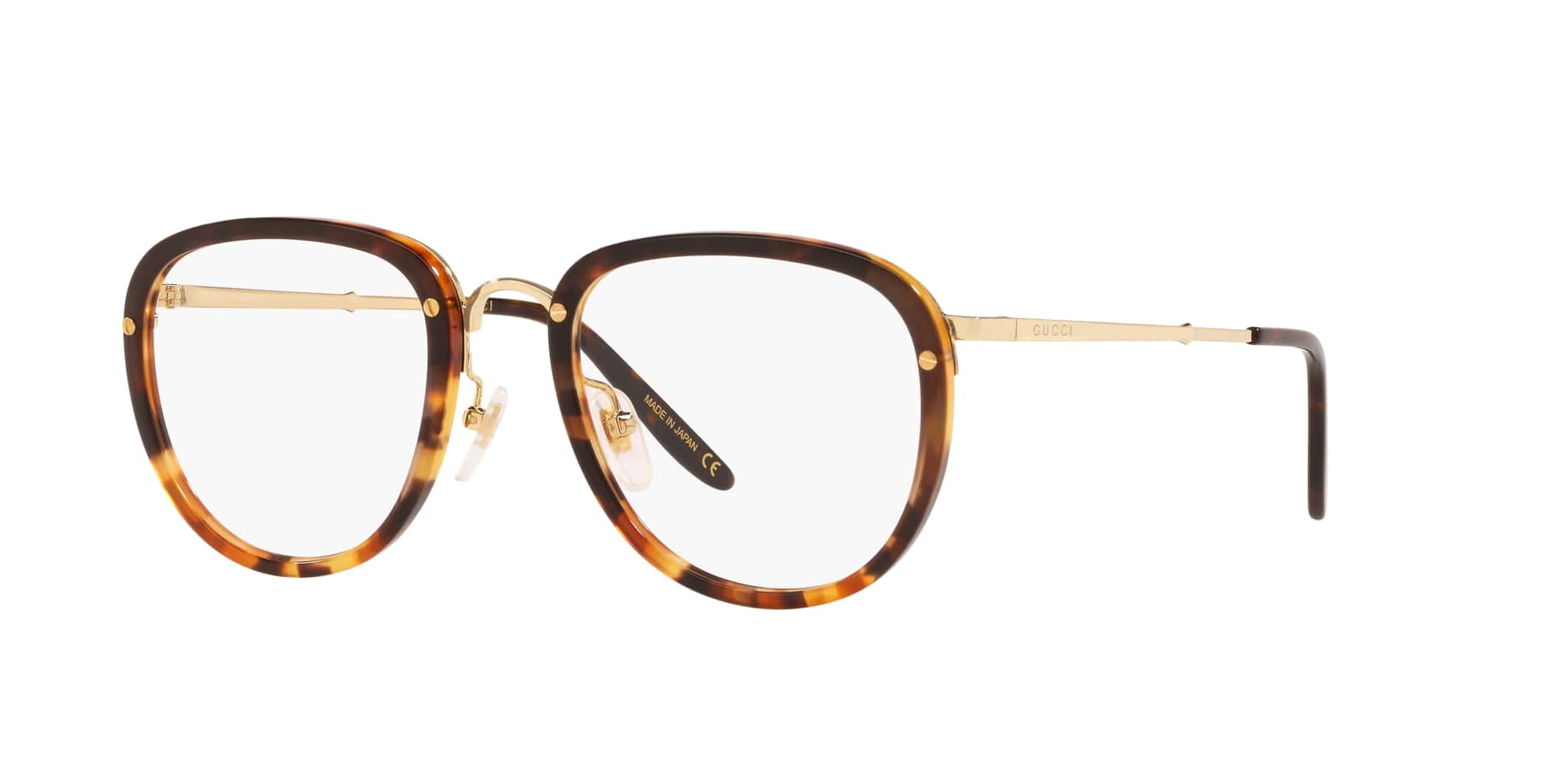 We combed through pages of LensCrafters to find only the trendiest glasses and as unlikely as it might be, we landed on not one but two pairs from Gucci. These Gucci eyeglasses are semi-rimmed with brown tortoiseshell rims and metal accents. But what makes these trendy and undeniably Gucci is the inclusion of the brand’s signature red and green colors running from the front of the rims along the temples. 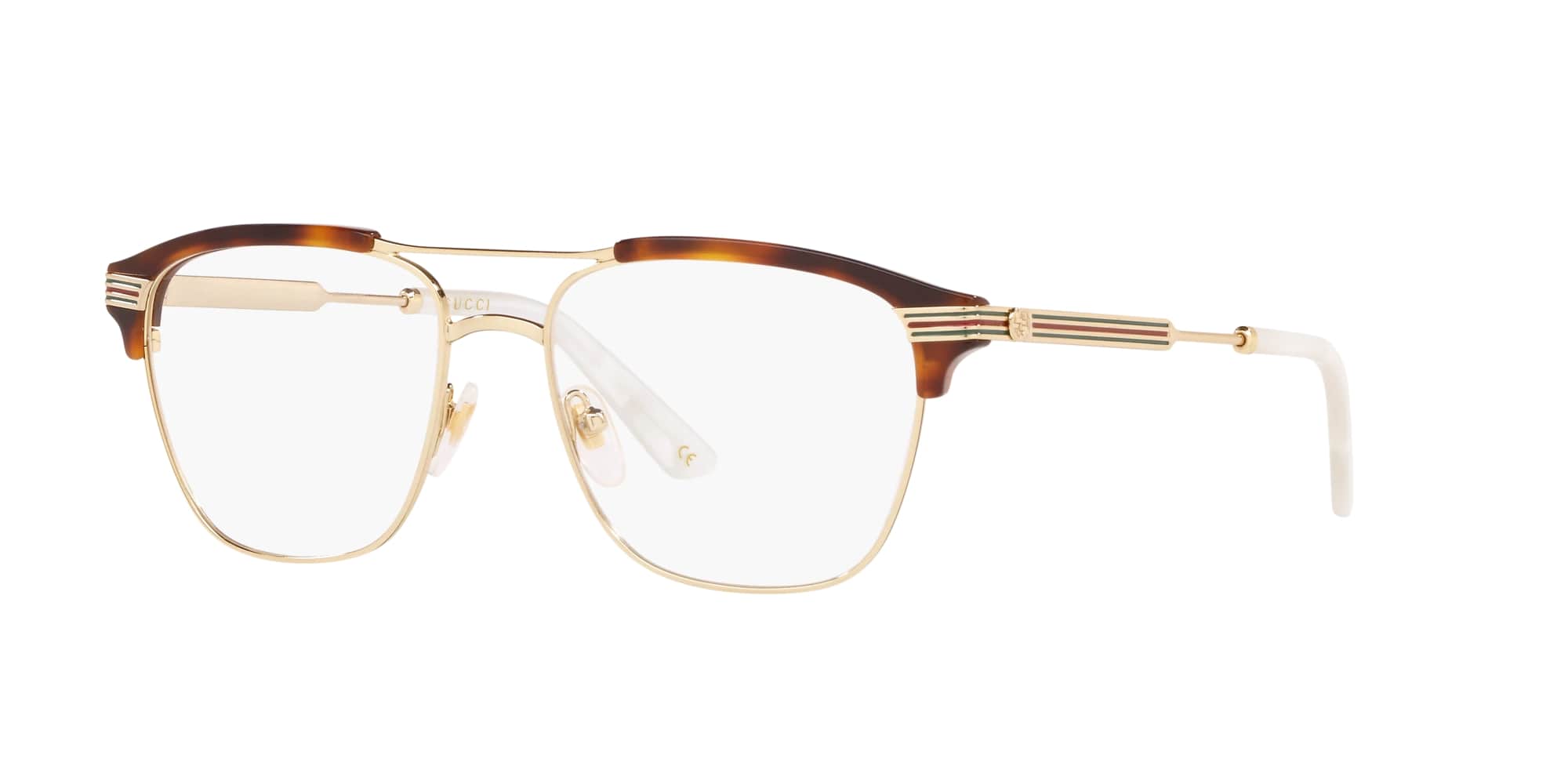 New, exclusive or intriguing materials are always on trend because the more unique the material, the less likely someone else can imitate the ultimate look. The Oakley OX5141 Deadbolt eyeglasses for men are made from ultra-lightweight titanium, which means you’ll hardly notice them and the frames will last even longer than you will. 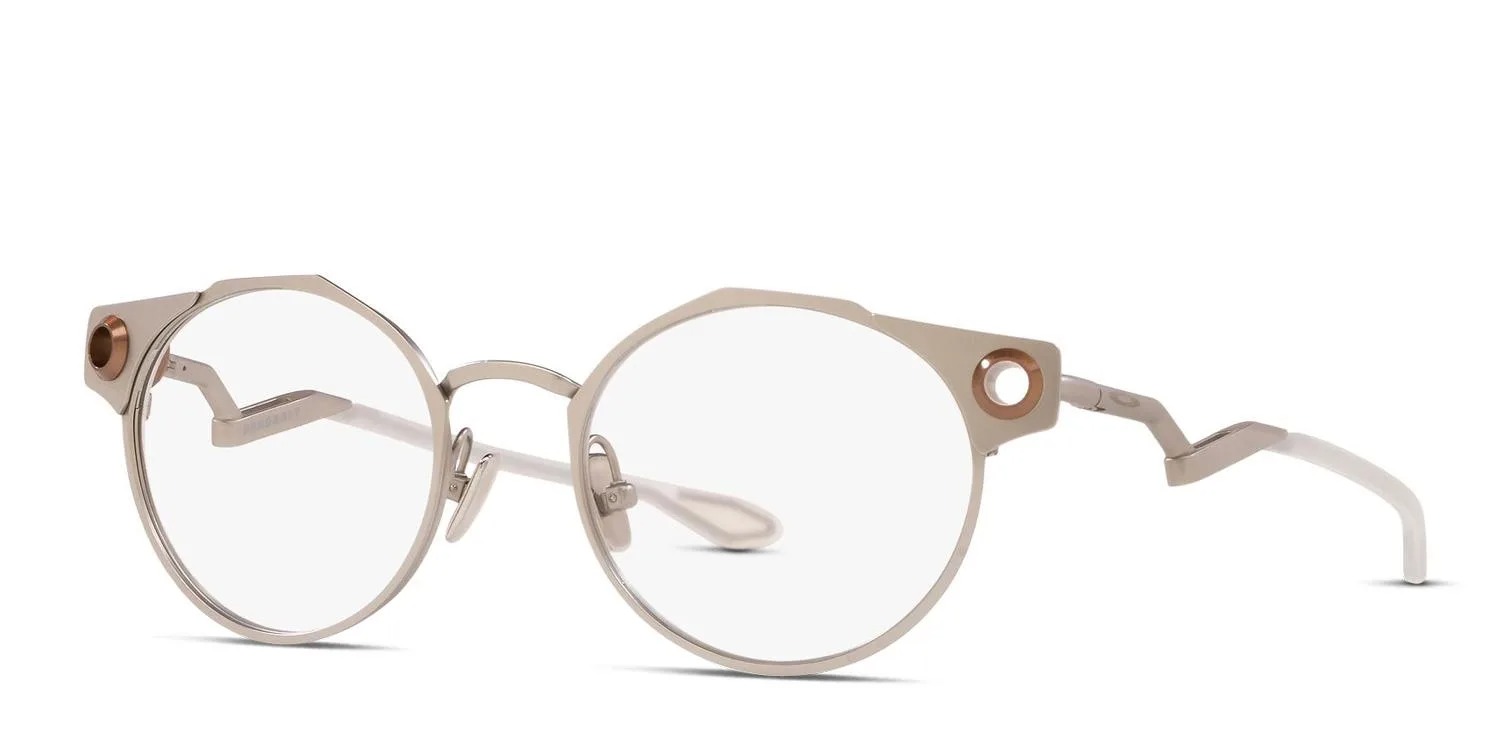 For another great pick from Warby Parker, we are absolutely enamored with the Harris Sunglasses in Checkered Bone and Whirlpool. Designed in collaboration with skateboarder and influencer Tyshawn Jones, these hand-layered unisex frames are the only sunglasses we’ve included on this list. But if they aren’t trendy glasses for men, we don’t know what would be. (And of course, you can get them with prescription lenses.)