It’s not summer 2021 without the loudest, most out-there style selections the world of fashion has to offer. We’ve been inside way too long for us to not be showing off some of the wackiest, most extravagant items of clothing collecting dust in our closets.

From the re-emergence of jorts to crop tops for men, it’s safe to say we’re expressing ourselves the way we want until mid-September.

And, lucky for you, we just stumbled upon one of the best, most eccentric summer staples to brighten up your look even further. Better yet — it’s also on sale. Meet Versace’s Trésor De La Mere Printed Bucket Hat. 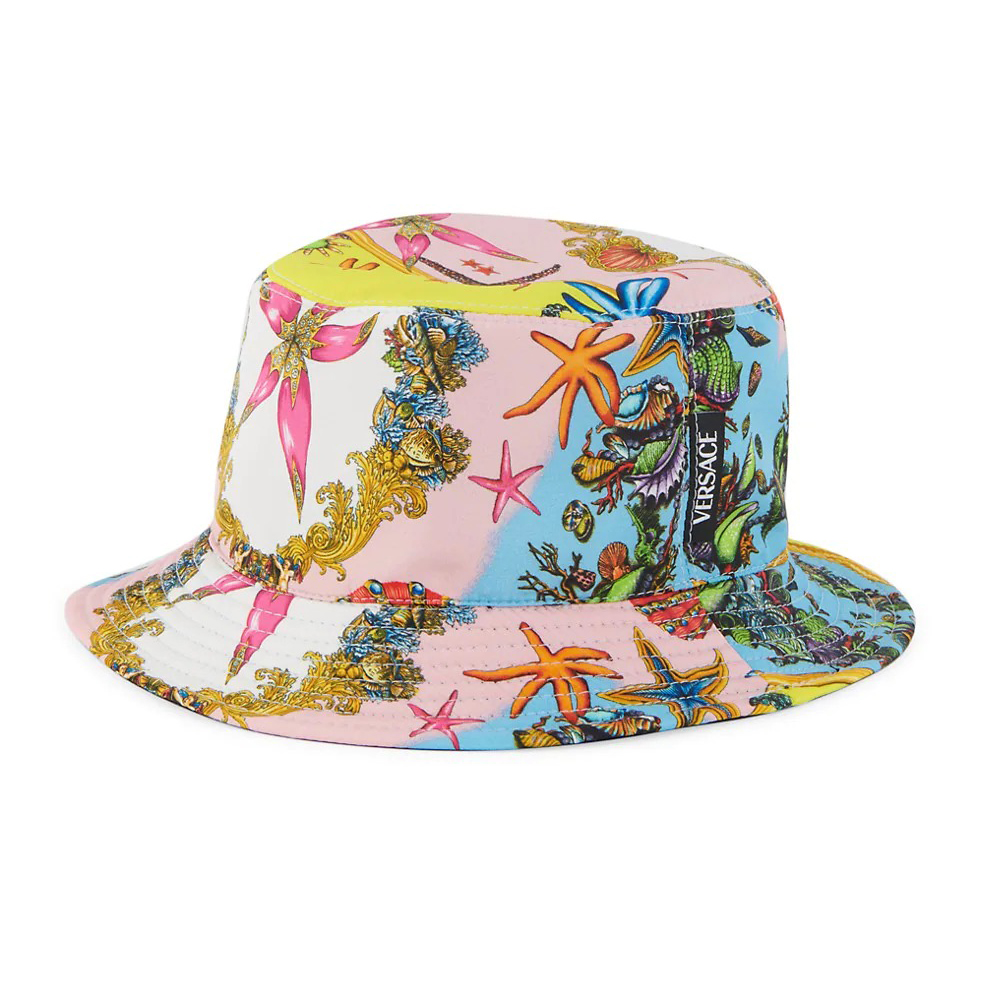 This extra bizarre hat is by far one of the best bucket hats of the summer season we’ve seen, throwing every other material and pattern you’ve scoped out at Urban Outfitters into the water. It’s inspired by Versace’s most iconic print but boosted to create an extra-fresh, extraordinarily outlandish boost of color we all need when you’re soaking in the sun.

The bucket hat is made from 100% cotton and included Versace’s logo in a tag that hits the side. The print itself features the classic gold, royal aesthetic you’re familiar with in Versace’s line of clothing. It’s dispersed throughout the design in the center of flowers, wave designs and seashells.

Along with these drawings, you’ll also see some starfish, vines and other leaves sprawled over bright pinks, blues, whites and yellows. 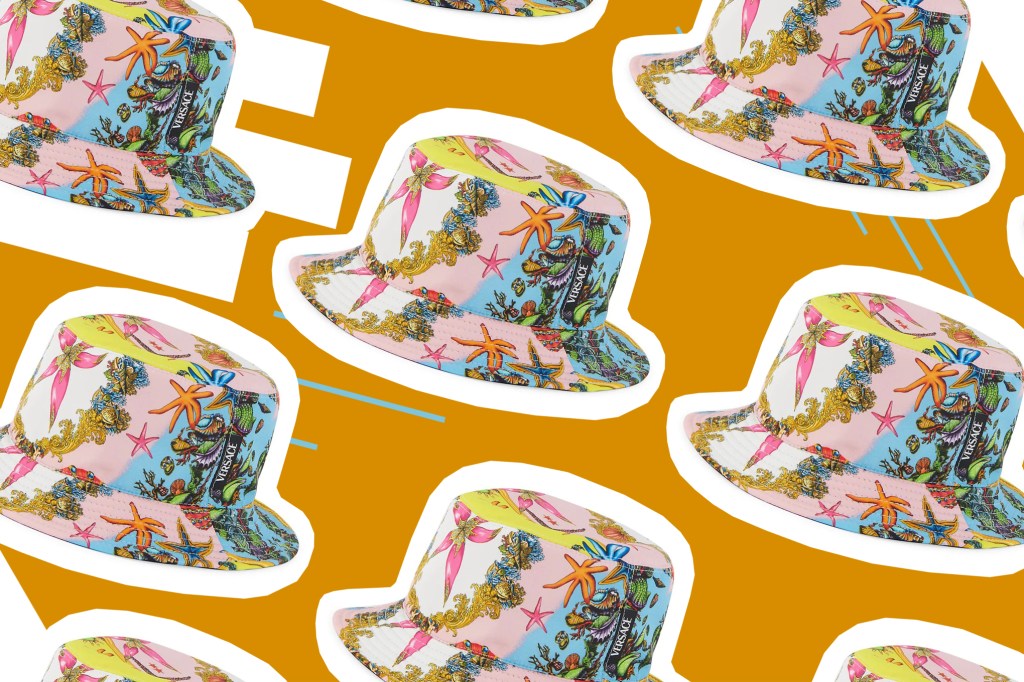 Be careful not to throw this bucket hat in with the rest of your wash. Versace suggests you spot-clean to keep the colors saturated and the shape of the hat intact.

As mentioned, you can pop up in down on the street dripping in Versace at a cheaper price than normal, too. Typically, this hat goes for around $500 in total, but right now you can get it for around $150 less at just $346.50.

This deal isn’t going to last long, so if you want to spice up your style with a hat you can wear summer after summer, now’s the time.