Neil Armstrong made history on July 20, 1969, when he stepped off the Apollo 11 lunar module and walked freely on the surface of the moon. To celebrate the 50th anniversary of this event, Xeric is launching a collection of nifty space-inspired watches that were designed in partnership with NASA and feature amazing, space-tested materials.

Ditching the traditional hour and minute hands of yore, these watches use two glowing Super-LumiNova planets to indicate the minutes and the hour. Not only are these planets easily legible at night, but the attached tritium tubes will glow brightly for decades – equally good for a trip to the grocery store or a trip to the dark void of space. 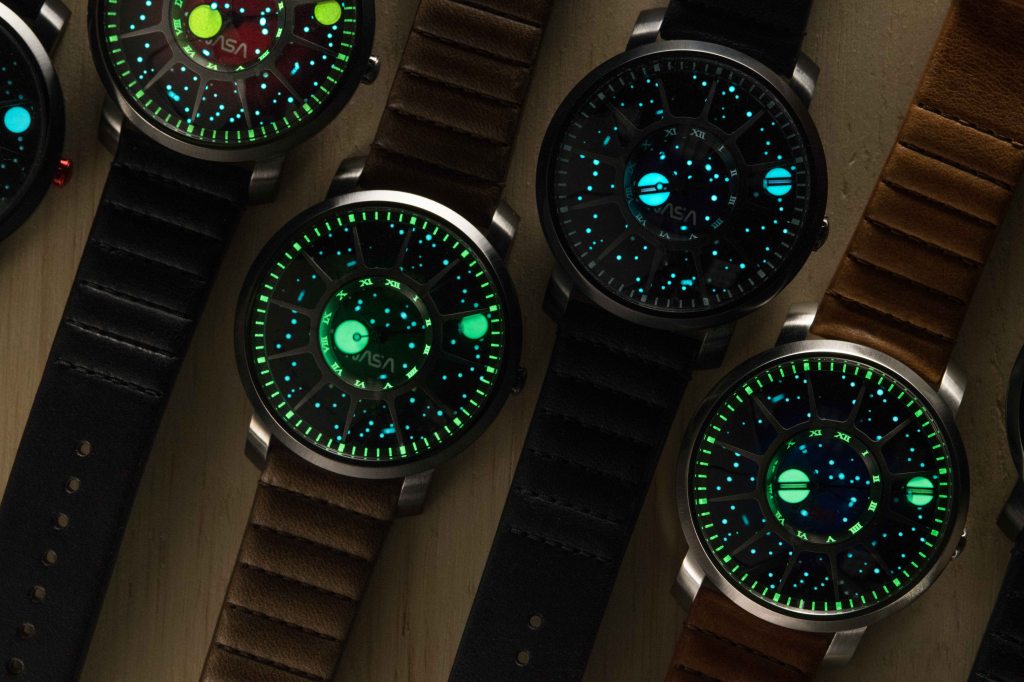 These watches also have a constellation-inspired second hand that replicates the movement of how comets streak across the night sky. Plus they feature a grille that was modeled after the ISS Cupola Grille – the largest unobstructed viewing port ever placed in space.

And the outer space features don’t stop there: the dial has stars that are an exact map of the constellations surrounding the Trappist-1 solar system. The stars also have varying sizes that match the relative luminosity and distance of each star in the night sky, so not only does your watch look cool, it’s scientifically accurate.

In addition, the back of the quartz model has a laser-engraved graphic that pays tribute to the original Apollo 11 mission patch and the watch straps are made from full-grain leather that is textured and stitched to look like the ridge-lines on the original space gloves. To top it off, the watch’s dome crystal is made from Hesalite, a shatter-resistant crystal that was originally developed for NASA and worn by, you guessed it, Buzz Aldrin and Neil Armstrong. 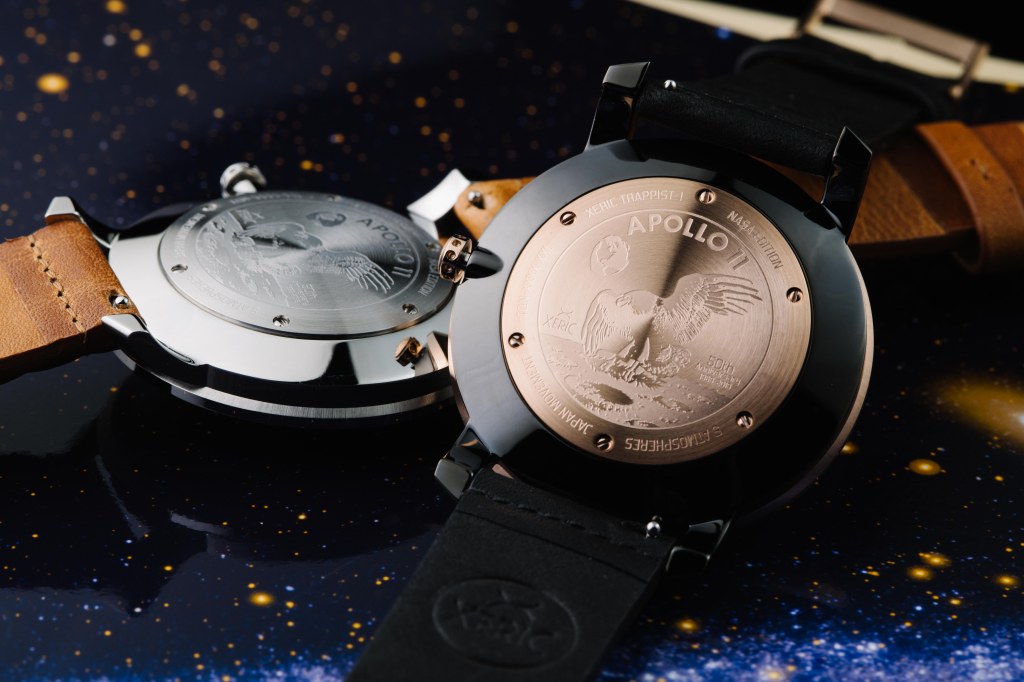 There are plenty of different battery-powered and mechanical watches in this collection so you can definitely find a space-themed watch that fits your personal style. Whether you prefer modern watches or classic watches, this is the perfect gift for the space enthusiast in your life.

This Kickstarter is already a huge success and has earned more than 40 times its original fundraising goal. But if you pre-order a watch before the Kickstarter ends, you can get an additional 36% off the MSRP of the watch itself. Also, only 1,969 versions of each watch variant are being made, so make sure you don’t miss out. The clock is ticking – literally!