What is a boot knife and what is it used for?

A boot knife is generally a fixed-blade, aka non-folding, knife that tucks into a sheath that goes inside your boot or straps to your ankle. The rationale behind a boot knife is some degree of always-accessible convenience as well as some degree of concealment if desired. Because the knife is basically waiting at your ankle, you’ll only ever be a second or two away from having a weapon.

Boot knives are just compact, portable and useful to strap on any time you expect to need some cutting power or some quick self-defense.

Generally speaking, yes! Boot knives as a kind of knife are not typically singled out by laws for legality because they’re hard to specifically define. Most knife regulations have to do with the length of the blade, whether it’s sharpened on one or both sides or how the knife opens.

We’d recommend checking this article out for a state-by-state breakdown as well as all the distinctions that can get you in hot water. For a more up-to-date and thorough breakdown of actual laws, the American Knife & Tool Institute has the legal codes cited for every single state.

So given the wide variance on state prohibitions as well as varying definitions of what constitutes this or that kind of knife, we suggest doing your homework on your specific state and city before buying anything, whether it’s a boot knife or another kind of knife.

For a few examples that we think will be useful to many readers, here’s the lowdown for boot knives in New York state and New York City as well as California and Los Angeles:

And those are the basics you need to know before deciding if a boot knife is right for you. If you like the idea of never being without a knife and, depending on where you reside, being able to conceal that knife in a ready-to-access place, then check out our favorite boot knives below. We think they’re great because you’ll forget they’re on you until you need a knife and then who’s Mr. Always Prepared?

Smith & Wesson is most famous for its firearms, but the gunmaker also makes top-quality knives.

The Smith & Wesson High Carbon Fixed Blade Knife is an overall excellent pick if you’re looking for a great boot knife. With a total length of 9 inches, the blade itself is 4.7 inches long (That’s a no-no, New York City residents) and both edges are sharpened. A handguard helps make sure your fingers don’t slip past the grip to the blade and the grip features a lanyard hole to expand your carrying options or add security when handling the knife.

It includes a leather sheath that can easily clip on or tuck into a taller boot or be worn on a belt. The knife may not be as instantly accessible as other blades due to the enclosure on the sheath, but the securing strap has a thumb break so it’ll be secure until the moment you flip the break and draw the knife, only an extra split second of time lost.

Overall, this Smith & Wesson boot knife is well-made, well-balanced, sharp out of the box and an excellent value at its price point. 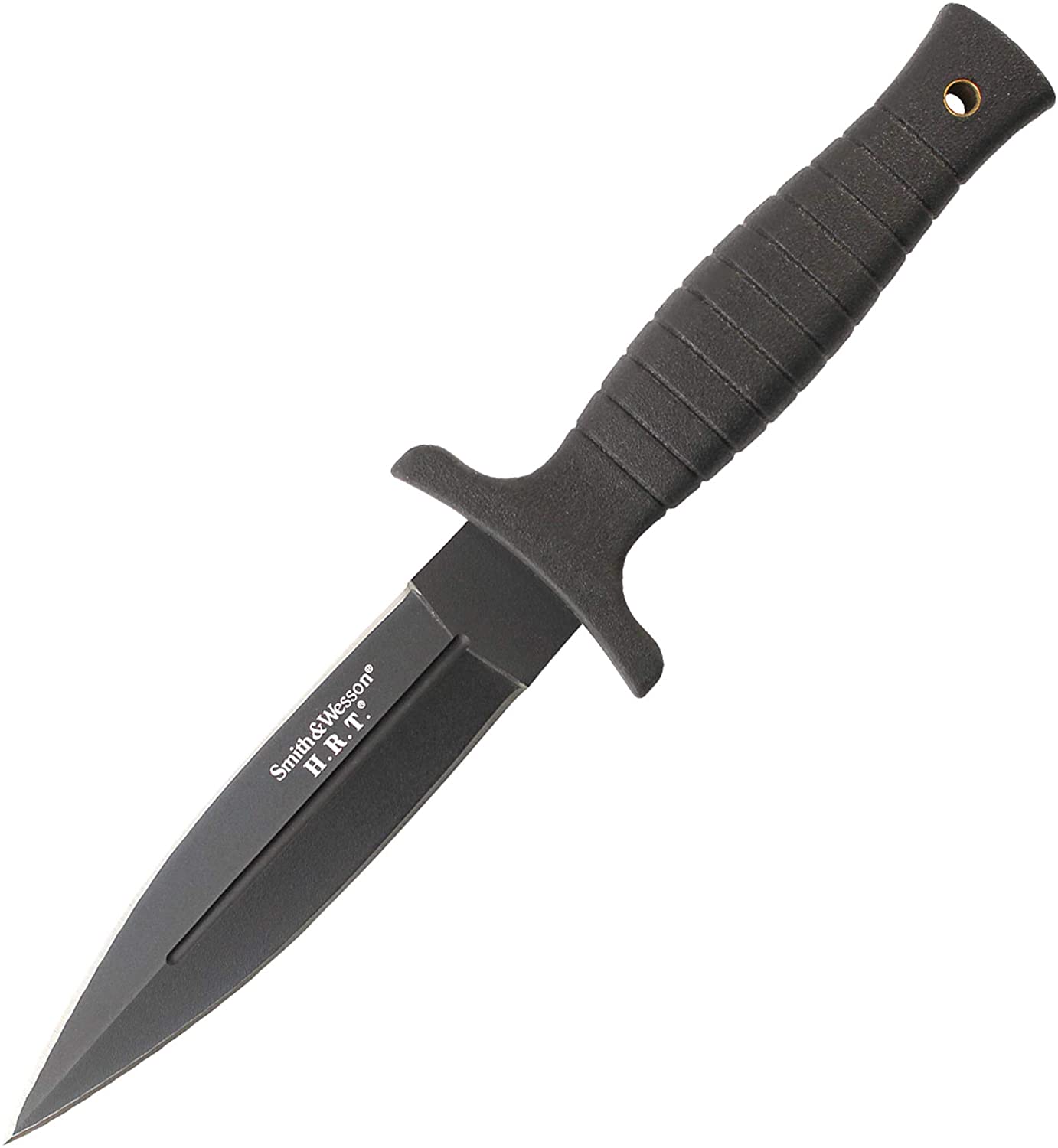 For a sturdy, compact blade with a surprisingly long blade, you might turn to the CRKT Shrill Fixed Blade Boot Knife.

Despite its 4.77-inch blade length, this thin double-edged knife conceals nicely in its included leather sheath, much more so than the top pick. The sheath comes with a sturdy clip too so you can strap it on the inside or outside of your boot as you like. At 4.3 ounces, it’s a little heavier than some other options, but a bit of heft is good if you ever actually need it for self-defense.

We should also note that the point and edges are extremely sharp right out of the box. While that’s awesome, some users complained about poking through the leather sheath and cutting themselves.

We think you’ll be OK if you’re careful, but you may have to replace or substitute the sheath down the road. 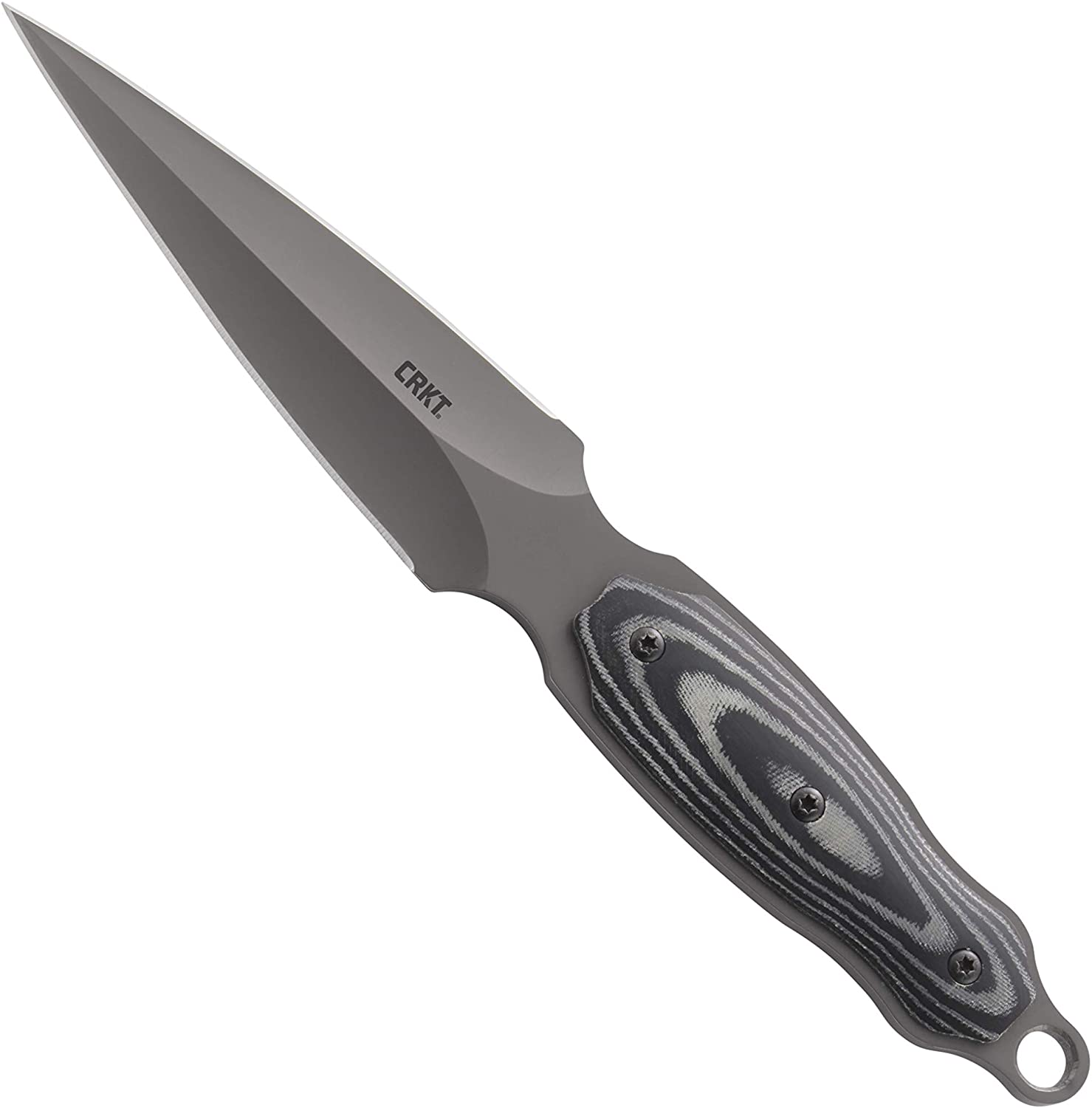 Similar to the Smith & Wesson boot knife, with some differences, the Schrade Small Boot Knife is your classic quick-draw dagger. With a 3.4-inch stainless steel blade and overall 7-inch length, it’s shorter than the Smith & Wesson, but that can offer a bit more concealment when you’re trying to be low-key about having a knife strapped to your boot. In this case, you can strap the leather sheath to your boot or your belt with the included clip. 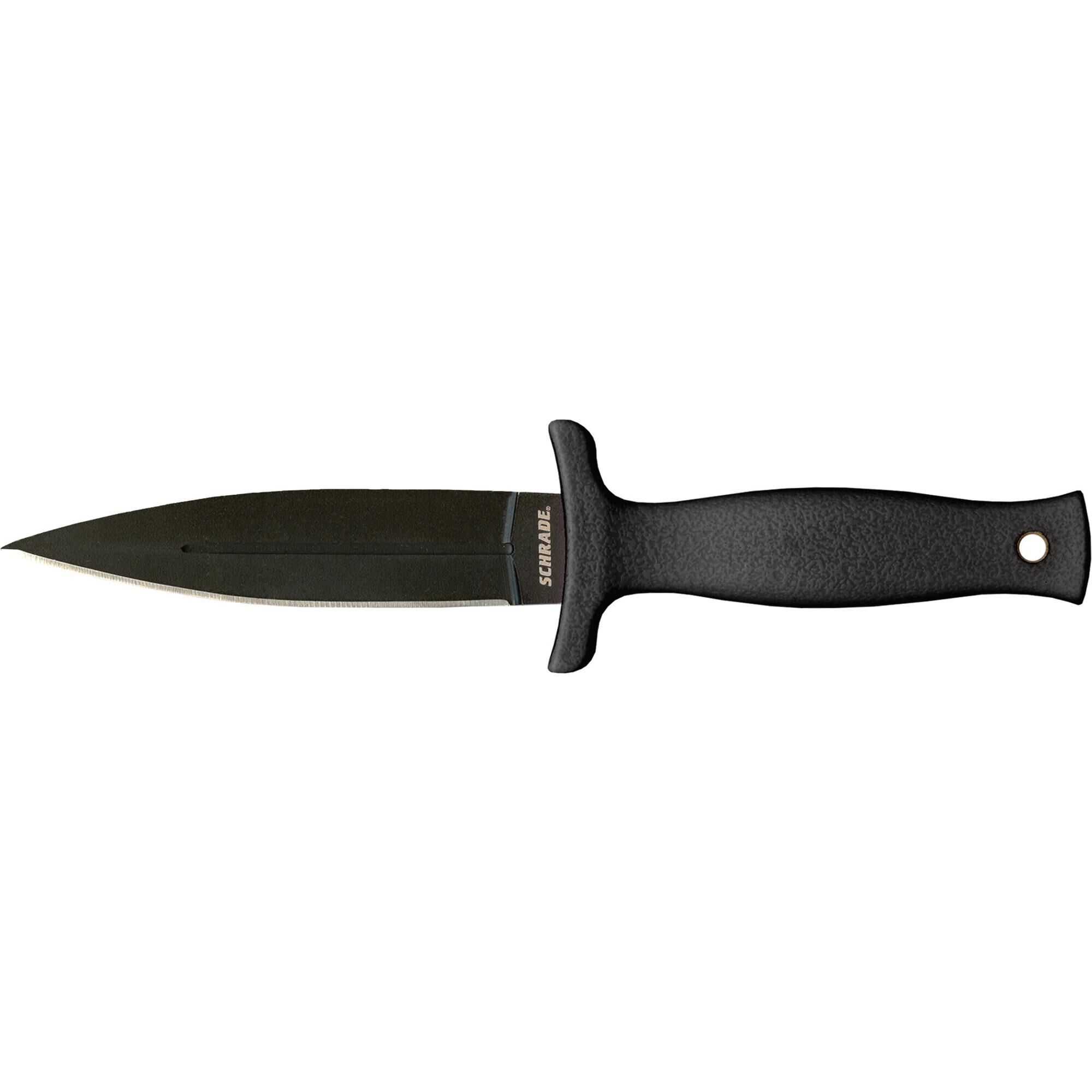 If you’re OK to spend a bit more, the Katz Avenger Boot Knife was designed with boot-strapping in mind. With a 4.5-inch stainless steel double plain-edge blade, stabbing and slicing will be a breeze. The addition of a blood groove (the groove running down the middle of the blade) also makes this knife a bit lighter for its size than similar-sized knives.

Just slide the knife into the included Cordura sheath and clip it to your boot or attach it to your belt for easy access. 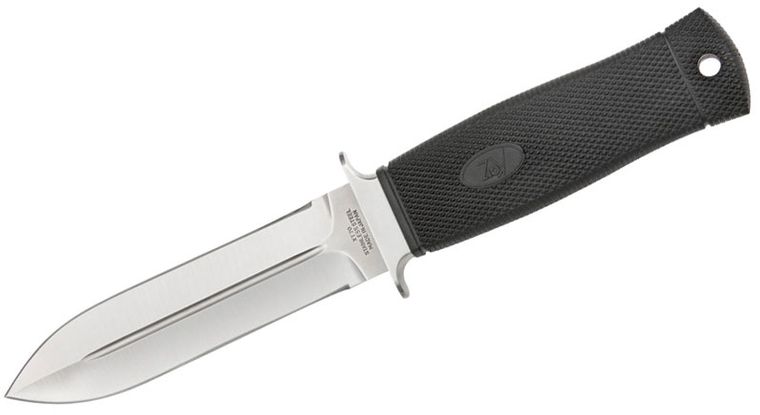 The Cold Steel Hide Out Fixed Knife can make for a great boot knife.

The blade itself has a sharp point, is sharpened on both sides and is 3 inches long, with a 3.5-inch handle. The whole knife is lightweight as hell with a weight of only 1.9 ounces.

The sheath is small, but it’s meant to only cover the short blade, which means the long handle is exposed for quick grabs. The sheath also comes with a beaded lanyard to secure the knife elsewhere if you want. And if you don’t like the included lanyard, the lanyard hole is big enough that you can easily substitute sturdy paracord for added security.

If you know from the get-go that you’d prefer to have an ankle strap instead of tucking the knife into your boot, you’ll be interested in the Gerber Ghoststrike Fixed Blade Knife.

The blade itself is 3.3 inches long with a single sharp edge and a skeletal steel frame with an overall length of 6.9 inches. A diamond-texture rubber handle offers great grip and the modular sheath system allows for concealed or open carry.

But the neoprene ankle strap with a sheath mount really makes this boot knife worthwhile. The strap is light, thin and breathable enough that you’ll start to forget you’ve got a knife strapped to your ankle. 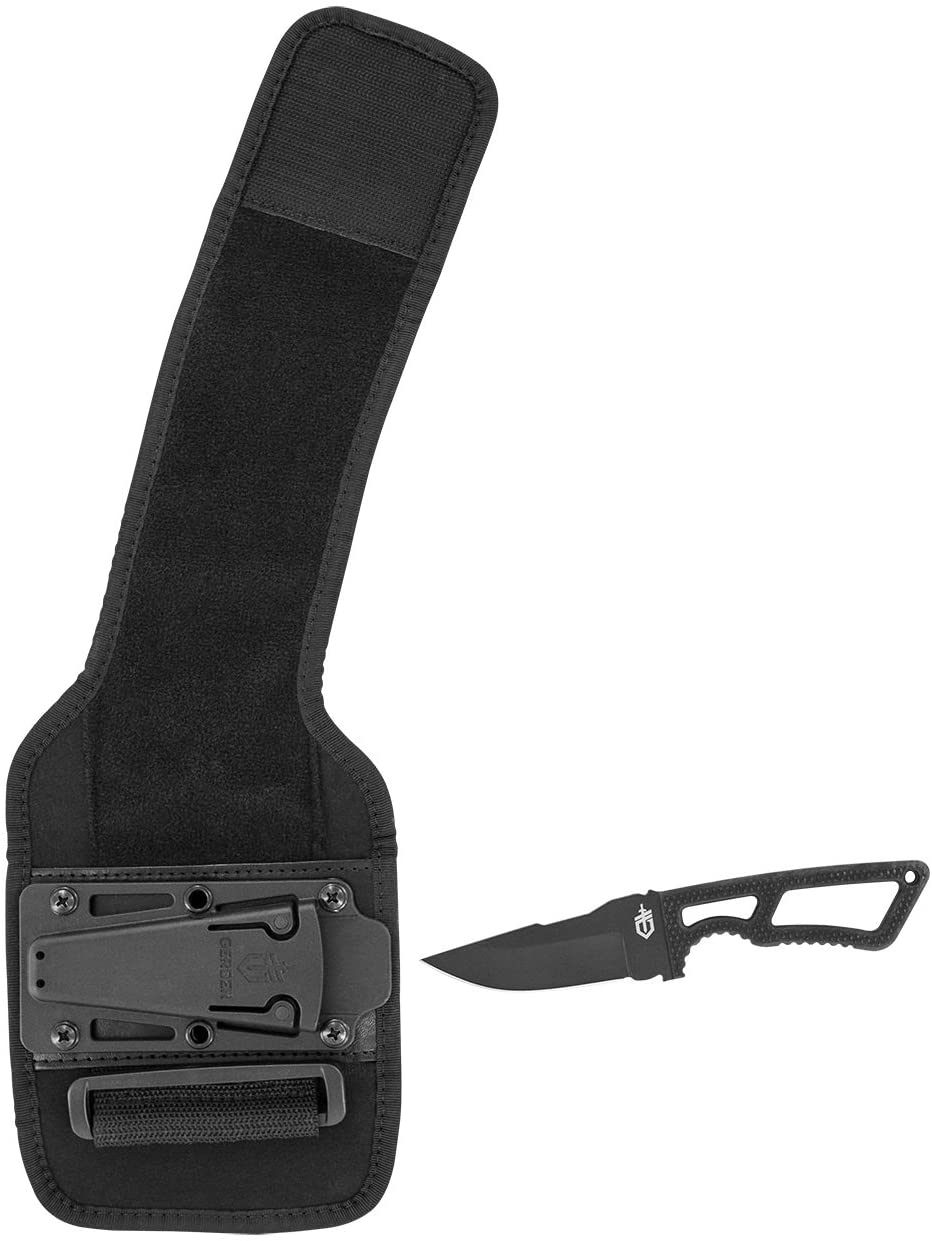 For better or worse, CRKT knives always look a little different than those of their competitors and we’ve always liked their particular aesthetic. If you agree, you might like the CRKT AG Russell Sting Fixed Blade Knife.

Made from corrosion-resistant 1050 carbon steel, the 7-inch Sting packs a punch with its 3.25-inch spear point blade and dagger-style sharp edges. But instead of using a quillon (the crossguard) for optimal grip and safety, CRKT eliminates it entirely in favor of thumb detents for added control. The knife also has a lanyard hole and comes with a Cordura/Zytel sheath with straps, meaning you can put this knife above your boot or pretty much anywhere else you can strap or hang on your body. 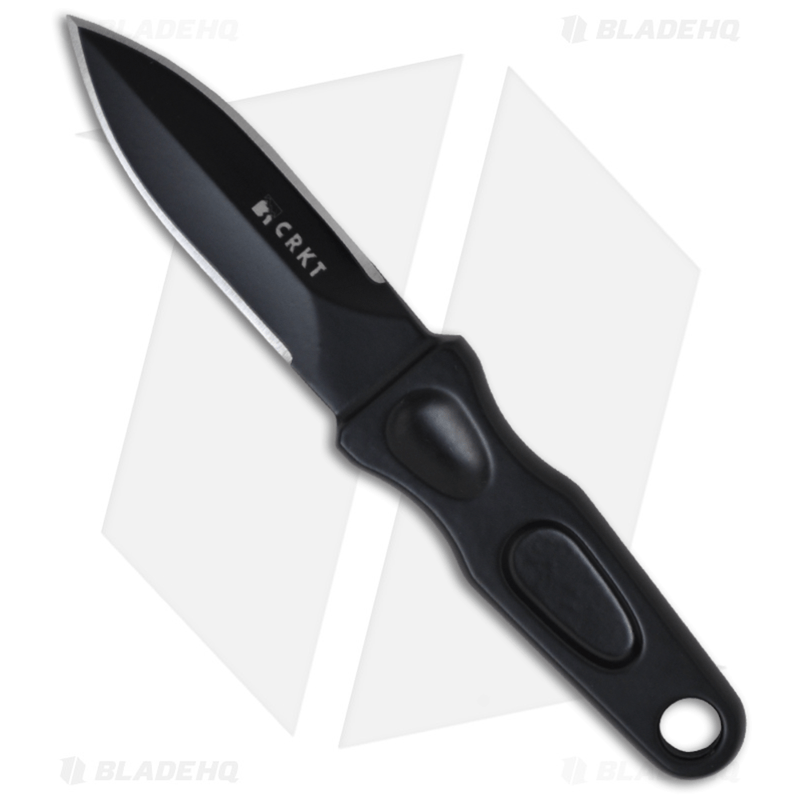 The Lastworld Zomb-War Black Boot Hunting Knife is a very solid boot knife for its price.

The 3.75-inch blade is sharpened and serrated on both sides, which makes sawing and cutting outdoors a piece of cake. The hard plastic sheath can tuck into a boot or you can thread a belt through it for waist carrying or a velcro strap if you want to strap it to your ankle.

Depending on the height of your boot, can the plastic sheath get uncomfortable? Yes, it can, but a knife at this price point couldn’t hope to be perfect. 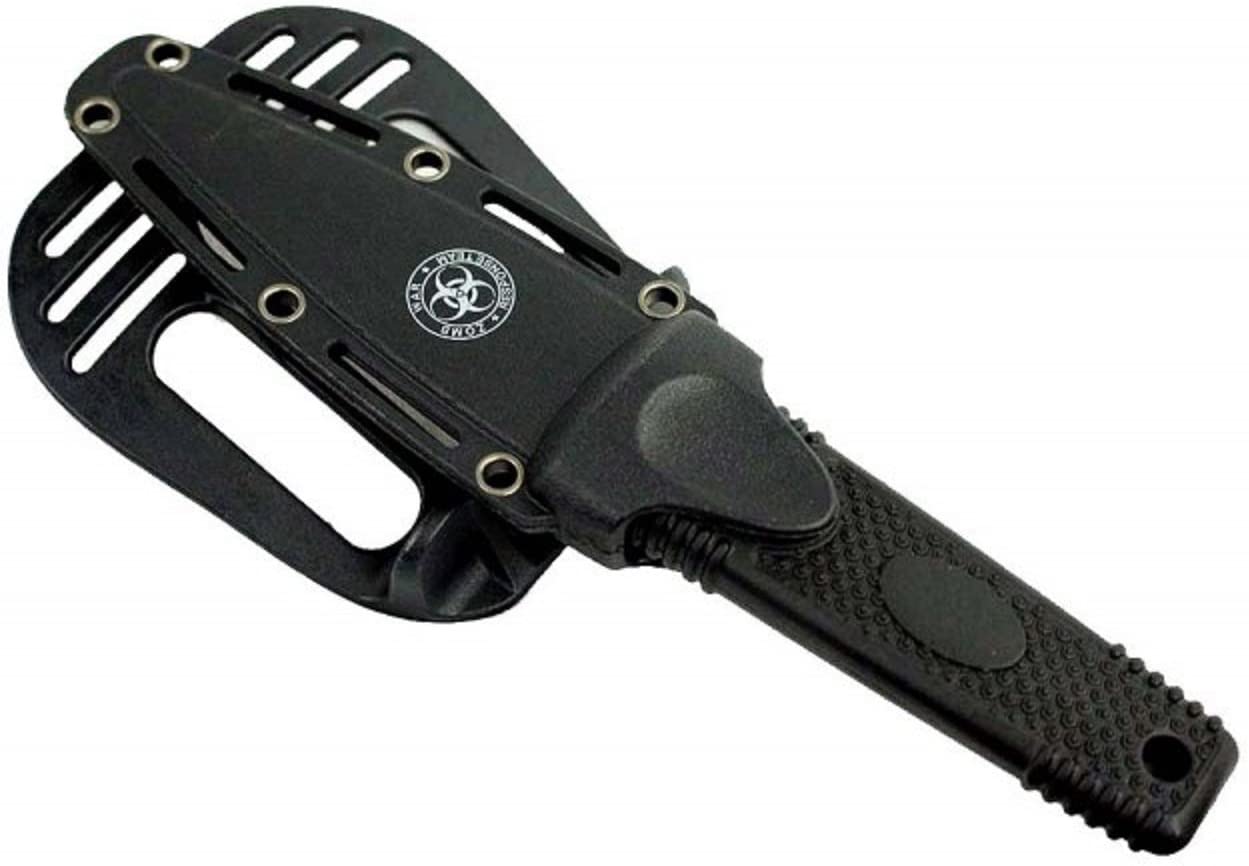 If you’re looking to be able to keep a knife on your person without broadcasting that you’re wearing a knife (which is illegal in some states!), then you’ll definitely be into the SOG Small Fixed Blade Instinct Boot Knife.

With a small 2.3-inch blade, a total length of 5.9 inches and a weight of 2.1 ounces, you’ll have no problem clipping this lightweight fixed-blade knife to your belt or discreetly tucking it into your boot.

The sheath itself is hard nylon and can be clipped and rotated 360 degrees, so you can position the knife to maximize comfort or accessibility from your boot or your belt.

The handle also has nice finger grooves for an ergonomic feel, whatever your task at hand may be.

If you’re looking for even more concealment, for a few extra bucks, you can go for the identical but smaller Instinct Mini Boot Knife, which is 4.8 inches long overall and includes a beaded lanyard to wear the knife around your neck. 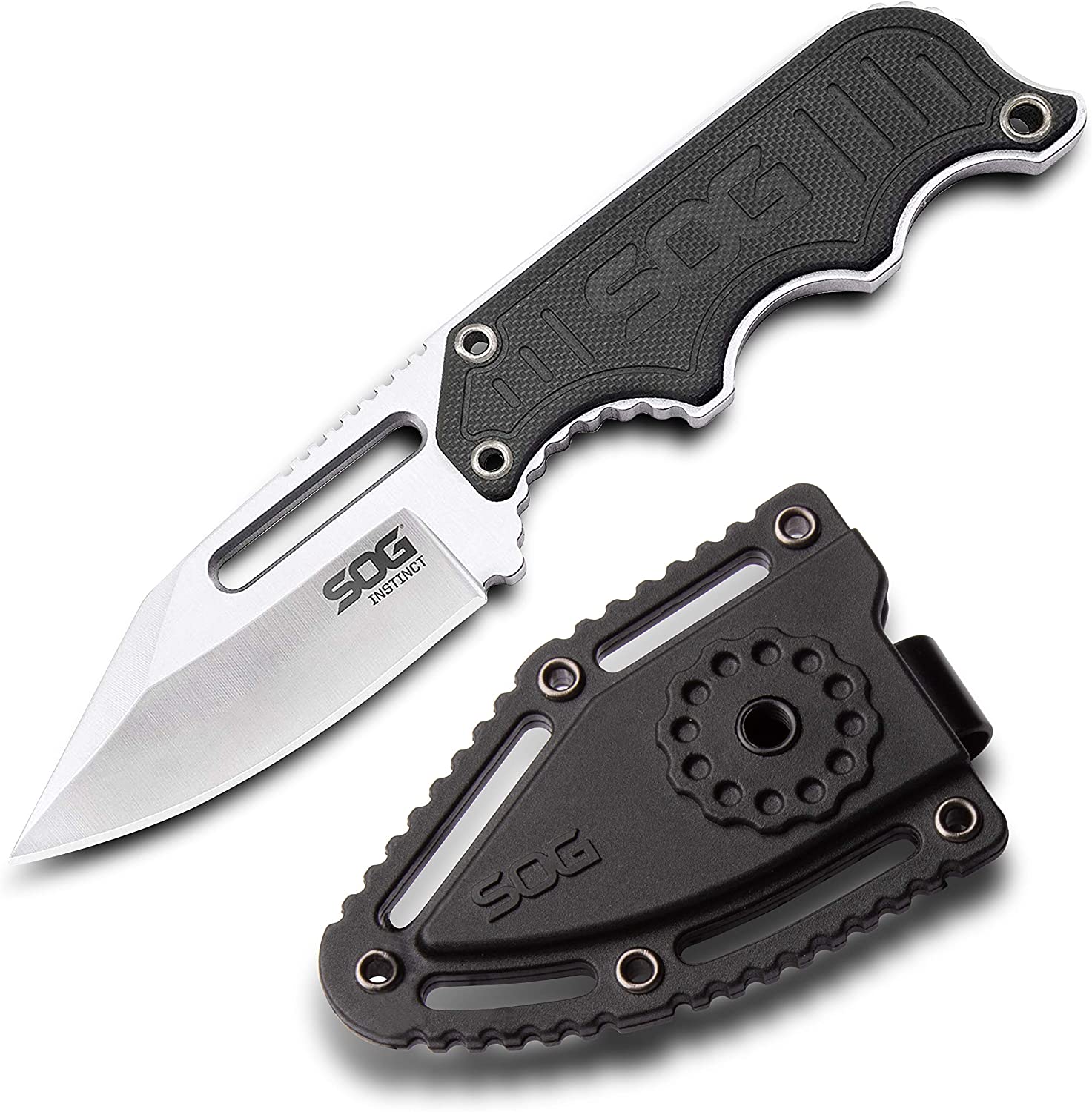 If you’re feeling like Arya from Game of Thrones, you’re going to need your own needle-like weapon. The Schrade Boot Knife is crazy long, at nearly 13 inches long with a 7.5-inch blade, but will still attach to your boot with the included leather sheath and boot/belt clip. It’s basically a longer version of the Smith & Wesson boot knife, with the same dagger point style and high carbon steel blade, but instead of complete plain edges, you get partially serrated double edges, making this blade even more versatile in terms of piercing and cutting. 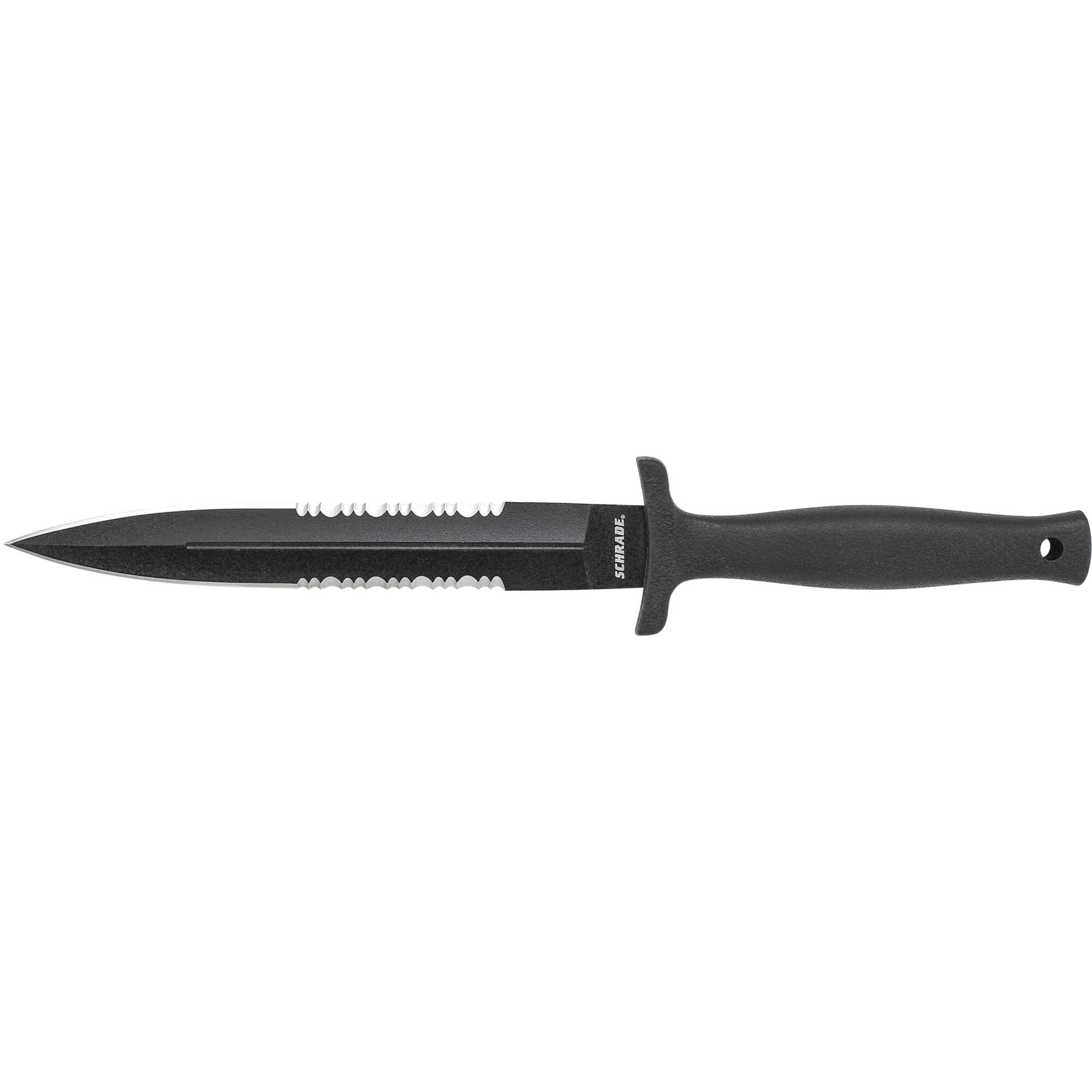 When it comes to concealment and fast deployment, you won’t regret having the tactical-style Ka-Bar TDI LDK Last Ditch Boot Knife strapped to your boot.

At 3.625 inches overall, with a 1.625-inch stainless steel blade, this thing is no bigger than a credit card. But don’t worry, it’s still sharp enough and easy enough to draw quickly to save your life in a pinch.

You can thread a lanyard through the knife to make it a neck knife, attach it to a belt or strap it to your boot or anywhere you want to be able to discreetly keep a small, razor-sharp knife. 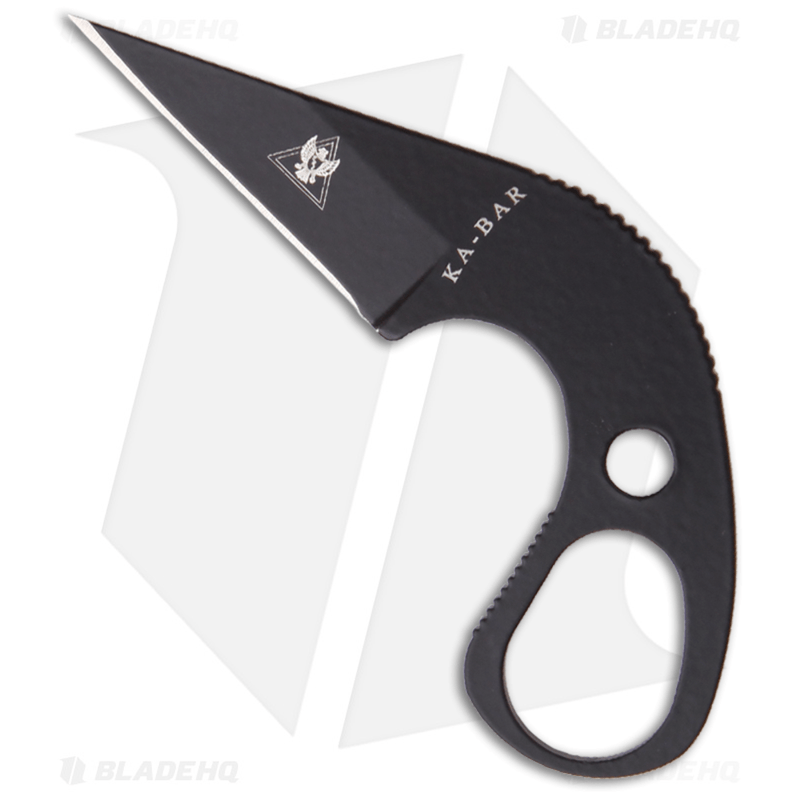 These Survival Knives Will Help You Prepare for the Outdoors’ Worst