There’s a good chance that over the past year you’ve spent a substantial amount of time looking for new outdoor activities, and maybe you’re feeling like you’ve tried them all. Rollerblading? Check. Roller skating? Also check. And sure, you’ve already played plenty of Frisbee. But have you tried night Frisbee? Whether you’re playing disc golf, ultimate, or just tossing the Frisbee around, playing at night can be a fun twist on this classic outdoor game. Of course, the key is being able to actually see what you’re doing. That’s why you need one of the best light-up flying discs.

Playing light-up Frisbee has the added benefit of being a fun game to play after dark when it’s too hot to play during the day. A light-up Frisbee can also be fun for pet owners whose pups love playing at night. And, of course, it’s just plain fun to throw a light-up disc and watch it glide through a dark sky. It’s worth noting that, technically, Frisbee is still a registered trademark. That’s why most companies will bill their products as “flying discs.”

These are the best light-up flying discs to buy online, including from top brands like Innova and Discraft. They fall into two camps: LED discs, which are powered by batteries, are very bright, but some may feel that the battery bay gets in the way. Then there are glow-in-the-dark options, which have no exterior components that can affect flight but have the drawback of being less vibrant. These are the light-up flying discs to get.

The Nite Ize Flashlight is considerably more expensive than the average flying disc, but it also does a lot more. There are six different colors to choose from, making it a great option for setting up team games, or you can switch to shuffle mode for multiple colors. The lightweight build makes it a sleek flyer that won’t be weighed down by the lights. 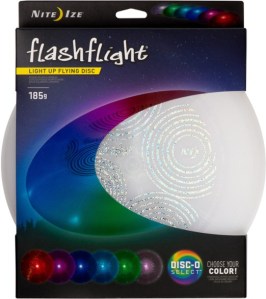 BEST GLOW IN THE DARK

If you’d rather not interfere with the aerodynamics of a flying disc at all, then consider a glow-in-the-dark option. This disc from leading brand Discraft is available in “Nite Glo,” making for a great option to play with at night. 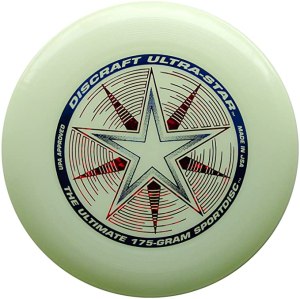 This flying disc from Aerobie is available in red, blue, or green, and it has a unique star design on the top of the disc. It’s built to fly smoothly, and the LED lights illuminate the entire disc. The Aerobie also has cushioned edges, so it’s a disc that’s easy to throw and catch, which will appeal to younger kids. 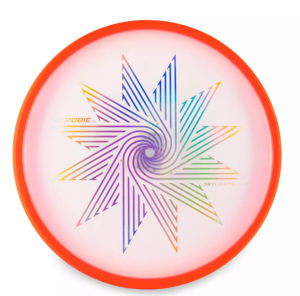 Innova is one of the top brands among avid disc golf enthusiasts, and this disc was designed for beginners looking to throw a greater distance. It’s available in two different weights. Rather than being a light-up disc, this option glows in the dark. 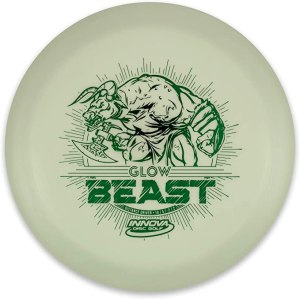 This light-up frisbee is available from Cipton, and is available from Macy’s, of all places. The battery-powered disc has built-in lights that illuminate the entire disc. It has multiple colors for more engaging play. Best of all, you don’t have to fidget with buttons to get the disc to light up — it’s impact-activated, meaning you can tap the disc to turn the lights on. 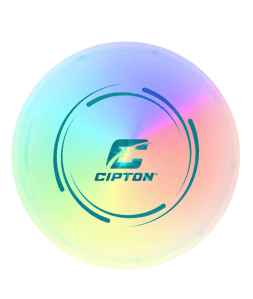 GoSports is an affordable brand for outdoor sports equipment, and this disc has four bright LEDs in the middle of the disc that are great for lighting up the sky during a game of Frisbee. Several different LED colors are available from this listing, including red, blue, and a color-changing option. 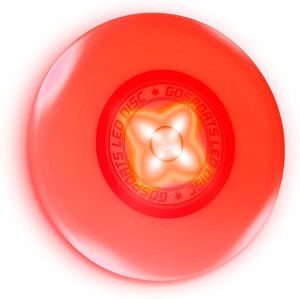 Like the Innova and Discraft options, this disc is designed to glow in the dark, rather than produce its own light source. It’s a traditional 175-gram weight, making it a good option for any regulation Frisbee games. 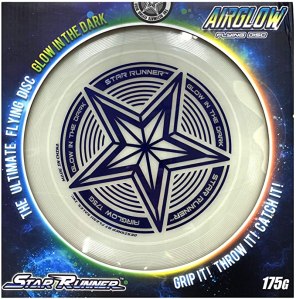 This cleverly named option is designed specifically for dogs. It’s made from a bite-resistant plastic material and has a protective battery housing to protect it from your pet. It lights up from rim to rim and cycles through a variety of colors. 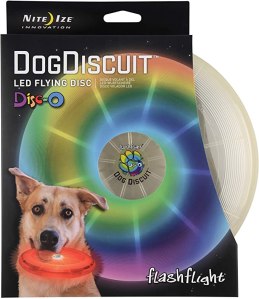