While the average male may proclaim a fearless outlook, the truth is that everyone harbors some fear of unexpected attacks, no matter how small. Whether it’s terror-related, completely random or getting caught up in something else altogether, it’s never a bad idea to channel your inner Boy Scout and be prepared. Carrying one of the best men’s self-defense weapons on you at all times could, in the most extreme cases, be the difference between life and death.

The best self-defense weapons are the ones that prevent any form of violence as an end result. We are, of course, encouraging the protection of oneself in a situation where your personal safety is in question, not encouraging the seeking out of violent encounters. This is why knives and guns are rarely the best course of action. For deterring potential assailants, effective action usually involves some kind of distraction, whether through noise, light or electrical immobilization. Examples of the best non-lethal self-defense weapons include:

Carrying one of the best self defense weapons isn’t always about prevention, either. Just knowing that should things turn south, you’ve got an alarm on you or a spray ready to go can provide a level of comfort and help keep fear levels to a manageable level, especially if you’re visiting a new place or walking through a sketchy part of town.

Additionally, it’s important to note that not all of the items below will ship to every U.S. state due to local regulations. Please double-check your home state rules before ordering. If you choose to carry a knife or gun in public, make sure that the state rules allow for your actions, otherwise you may end up in serious trouble.

Scroll down to find our round up of the 18 best self-defense items for you to carry to deter potential attacks and fight back should the need ever arise.

With its compact size and incognito appearance, the Sabre Pepper Spray Keychain is a great option for an everyday carry self-defense weapon. It houses maximum-strength pepper spray and sports a smart design which minimizes the chance of accidental discharge and offers impressive accuracy (up to 10 feet) should you ever need to use the device. Additionally, it’s available in a range of different colors, making it easy to match your spray with your existing keychain setup. 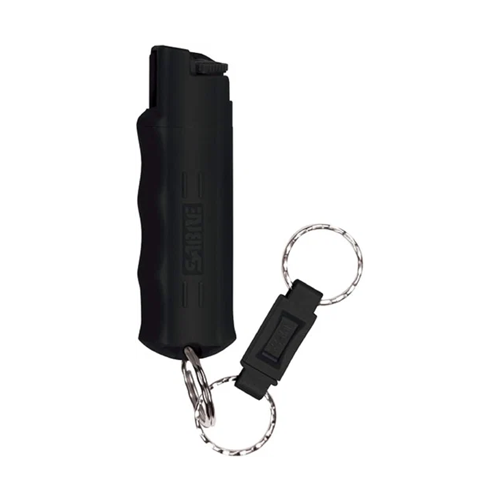 You may have heard stories about how you can slot your keys in-between your knuckles in case a situation starts to turn dicey, but what if you didn’t have to? This defense key tool from Columbia River Knife & Tool is meant to ease that process by taking the hassle out of having to place the keys. The slight bellow at the bottom of the key makes it easy to grip in-between your hands with its secure grip. The tool itself will naturally fit on your key ring and looks incredibly discreet. Oh, and it has a Philips head screwdriver on it, adding to its value. 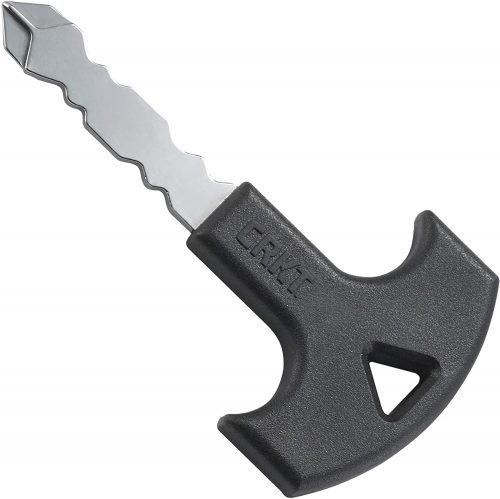 SLFORCE knows that a good defense can be as effective as a good offense when it comes to dealing with potential attackers. That’s why the SLFORCE Personal Alarm Siren Song delivers a hard-to-ignore 130dB alarm noise to attract attention and deter any would-be attackers. Plus, this compact device includes a built-in keychain for easy portability as well as a bright LED light, making it ideal for all kinds of eventualities. 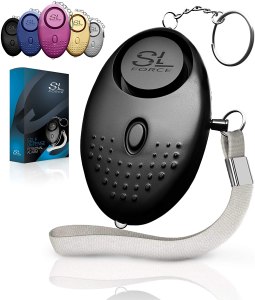 Sabre Advanced Compact Pepper Spray is one of the most trusted names in self-defense, and they provide some of the best self-defense products for both civilians and law enforcement officers. This compact pepper spray sports a built-in belt clip which ensures your spray will be right at hand should you be facing a real-life threat. This pepper spray also includes a UV marker, which could help police identify your attacker. 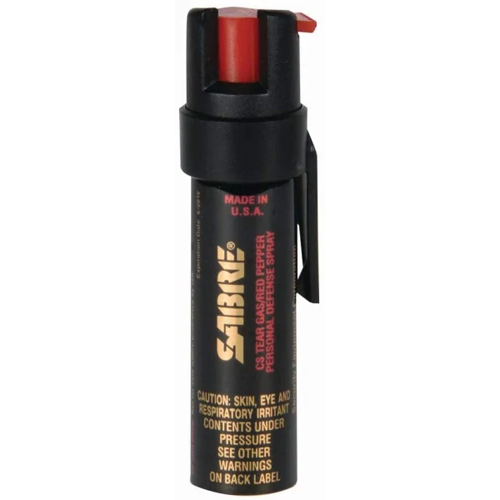 With this MTech USA Fixed Blade Neck Knife around your neck, you’ll know you’re ready to defend yourself should things take a real turn south. It comes in either black or digital green and sports a tough, stainless steel blade. The handle is also shaped like a grenade for an extra touch of style. Furthermore, you’ll have a choice when it comes to wearing the knife, as the accompanying nylon fiber sheath includes both a ball-chain necklace and a built-in belt clip. 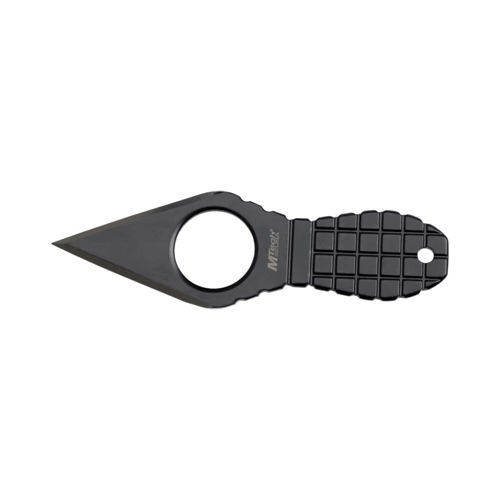 However, if you’d prefer something that will sound just as loud from further way, this SABRE horn will certainly do the trick. While it’s originally intended to be used as protection against bears when you’re out camping, the air horn can be heard from over a half-mile away. Small enough to fit in a pocket or easily in the glove box of a car, the shrill and loud noise will make unsavory characters think twice. 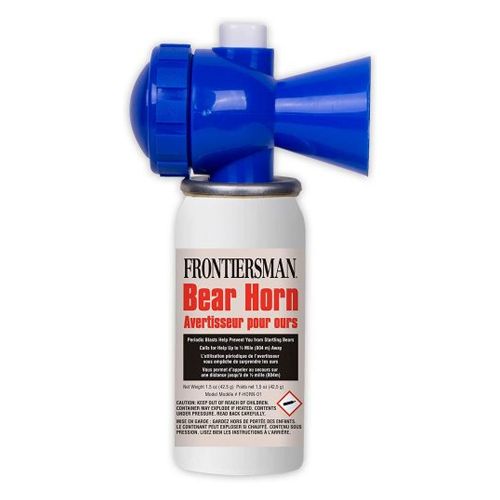 There’s certainly more than meets the eye when it comes to these motorcycle-style gloves from oubaiya. Within the knuckles of the gloves themselves are reinforced bits of steel to not only protect you should you happen to fall off your bike, but they can be used a bit of extra oompf should you get into a fistfight with someone. The breathable fabric makes them comfortable to wear, while the tips of the fingers allow for easy access to your smartphone. 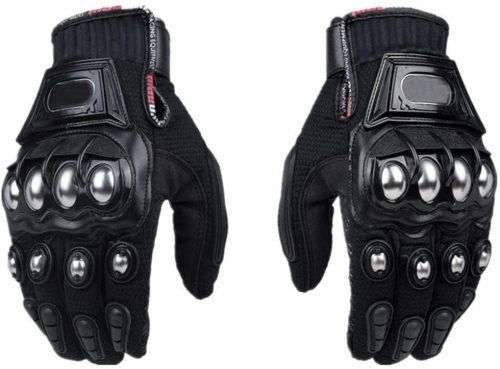 Great for when you’re traveling or even when you’re at home and just want one extra layer of security, this portable door lock from Addalock is super handy to keep in your luggage. Addalock works simply by inserting the device into the strike plate of the door closure wherein it sits and acts as a door stopper. Lightweight, fast, and easy to use, it’ll make a huge difference when you want just a little more peace of mind. 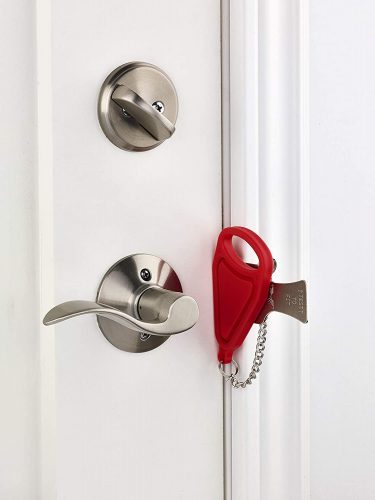 Movies and television have shown us just how effective a stun gun is and this version from VIPERTEK is no slouch. Amazon’s listing shows just turning on the device produces a sound loud enough to deter the majority of criminals. If that’s not enough, the jolt it provides should be enough to do the trick. Furthermore, if an assailant attempts to remove the device from your hand, the sides of top portion of the device will also provide a jolt. Powered by a rechargeable battery, it’ll last a long time in between charges and will have you prepare should the worst arrive. 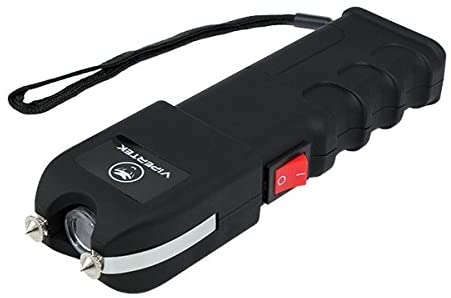 The Tritac Everyday Carry Survival Choke Bracelet proves that a weapon can be both stylish and functional at the same time. This attractive bracelet looks great on your wrist and provides an effective way to defend against various forms of potential attack, including grabs, takedowns and even weapon-wielding attackers. It’s available in a range of colors, including green, blue and brown options. For users unfamiliar with a survival choke bracelet, it’s worth checking out some online videos to see how effective these self-defense weapons really can be. 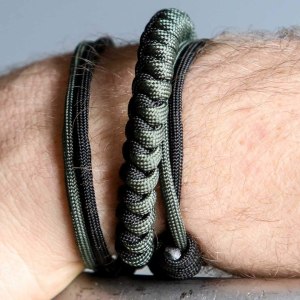 Small enough to fit on a keychain and loud enough to make your presence known, this personal alarm siren from Kimfly is a great deterrent for crime. The alarm, when activated, will emit a staggering 130dB noise that will draw attention from others up to 300 yards away. A single charge of the device’s ion battery can allow the device to keep the noise running for up to 50 minutes of continuous use. Thankfully, a double press of the button activates the noise, so there’s no need to fret over accidentally setting off if you press the button without intending to use it. 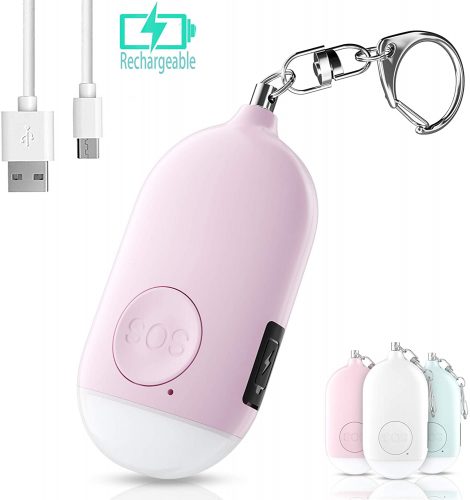 With its sturdy, heavy-duty construction, the Maglite Heavy-Duty Incandescent 4-Cell D Flashlight can be used for more than just illuminating your way in the dark. The tough, anodized metal is rust-resistant and drop-resistant to give you a reliable flashlight and potential weapon. This USA-made flashlight is also available in seven different colors and several different sizes, although the larger sizes are definitely most effective for use as a weapon to defend yourself. 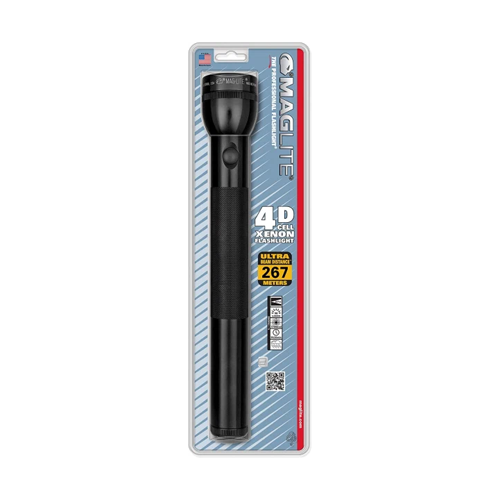 Hey, if whips work well for cinematic heroes, they’ll be more than good enough for you. FastStriker’s whip has a length of up to 17 inches when it is fully extended and weighs only three ounces. In short, you’ll be able to whip it good without worrying about somehow hitting yourself in the process. Additionally, the included hook means the FastStriker can attach to the interior of pants or a jacket for subtle hiding, making this a great choice when out running, cycling or during any other outdoor activity. 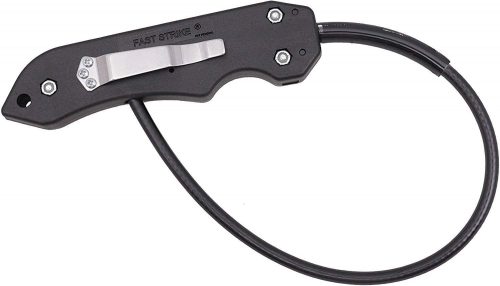 As the old adage says, the pen is mightier than the sword, and that’s especially true with The Atomic Bear Tactical Pen in your hands. This all-in-one pen includes a glass breaker, multitool and built-in compartment for concealing items. The enhanced impact end is made from tough tungsten carbide and can be used to defend yourself against an unexpected attack. Plus, the pen’s inconspicuous appearance makes this a great choice for users who prefer to keep their weapon in view and close at hand. 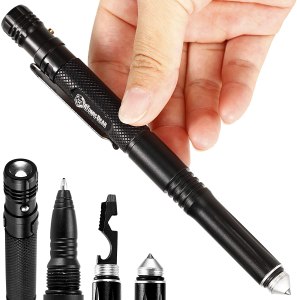 With a 4.7-inch, 7Cr17MoV high-carbon stainless steel blade, the Smith & Wesson High Carbon S.S. Fixed Blade Knife should be enough to make even the most persistent attacker think twice. And, should things take a turn for the worse, this user-friendly knife sports a comfortable, rubber-wrapped handle to prevent slippage and provide a secure hold. Additionally, the knife is supplied with a button-clasp sheath which is easily mounted on your belt or boots. 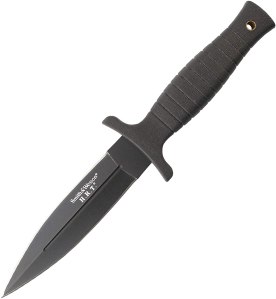 The Cold Steel Brooklyn Smasher is made from tough polypropylene that is virtually unbreakable. In hand, this baseball bat will increase your ability to defend yourself and provide an effective way to intimidate potential threats, too. The durable bat will also not crack, rot, splinter or fade, making it a solid investment for the long term. Furthermore, it can be used for normal hitting use, no matter whether you’re at the cages or competing. 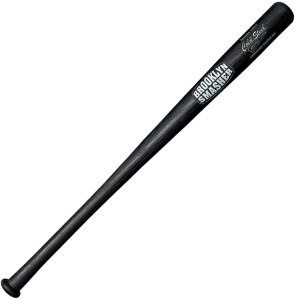 If you’re looking for an all-in-one solution that will have you fully covered when it comes time to defend yourself, this versatile device from Guard Dog Security has you covered. A multi-functional tool that includes a stun gun, a stunningly bright flashlight, and a glass breaker is a veritable one-stop-shop. When carrying it, it simply looks like a really long flashlight, making it fairly unassuming to those who might look to do you harm. Plus, the aluminum construction will hold up should it be dropped and the rubberized grip hand ensures it won’t slip out of your hand. 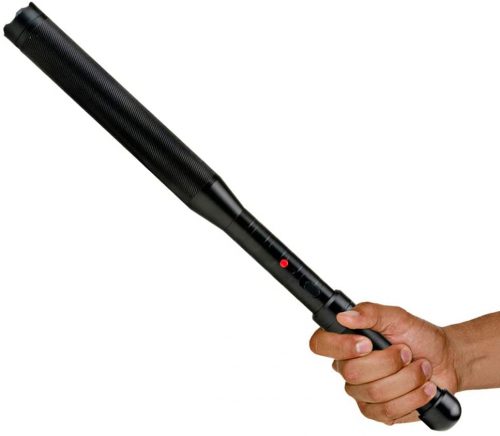 One of the most intimidating weapons a person can carry is a gun. With the GLOCK 19 BB Gun Air Pistol in your possession, you’ll enjoy all the visual benefits of carrying a gun without having to worry about the complexities and added responsibility of handling a live-round-firing weapon. However, it’s important to note that this CO2-powered weapon is capable of firing 177 caliber steel BBs at a rate of 400 feet per second. 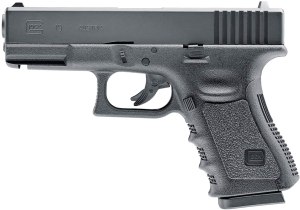 Stay Safe With The Best Pepper Sprays on Amazon