An epically hot and buggy summer has made the quest for mosquito relief more urgent than ever, and one of the big viral hits has been the Bug Bite Thing. This simple suction tool designed to extract the insect saliva and venom that creates those maddening bug-bite itches is everywhere, it seems. On TikTok, the official “Bug Bite Thing” account has racked up more than 1.3 million likes, and we reviewed it on SPY last summer. As a $10 solution to escape the itch, it’s not bad.

But throw in another $20, and you land on the Bite Away electric pen, the best bite-relief tool I’ve tested. A few seconds of heat leads to hours of relief without chemicals or gimmicks. 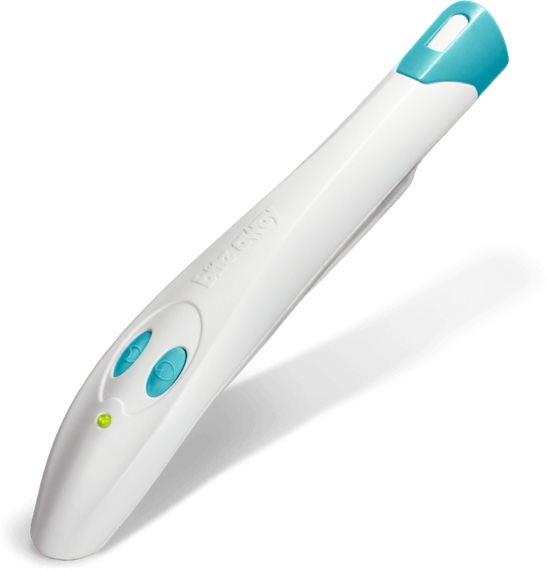 Bite Away at Walmart

Bite Away at Target

As a dad and a product reviewer, I’ve been on the bug-bite case for a long time, searching for the best defenses against these nasty bloodsuckers. You can try mosquito-proof clothing to make you less of a target, mosquito repellants, mosquito traps and even the electric tennis racket of doom. And these all work! But no deterrent is 100% effective when you’re confronted by wave after endless wave of hungry insects. It’s worth noting that the genus and species name for the summer floodwater mosquito is Aedes vexans, and vexans is derived from the Latin vexare, which means to annoy, torment or harass.

So chances are that you’re being vexare’d. A lot. And as bad as the buzzing and swarming are, the actual torture starts after they sink in their needle-like proboscis, suck out your blood, and leave behind their saliva for your body to react to in the form of swelling and itching. Don’t scratch — you’re just inflaming your skin and causing even more itching.

So what to do?

How Does Bite Away Work?

So, no scratching allowed; maybe you’re not partial to greasy creams or ointments, and you want something chemical-free and speedy. There is a fast, super-effective remedy to those awful itchy bites, and it’s hot. Literally. The Bite Away electric pen is one of the best anti-itch devices I’ve ever tried, and it works with one ingredient alone: heat. Mere seconds of heat to save you from days of maddening itching is a trade well worth making.

The Bite Away provides concentrated heat to the bite — it may smart a bit, but only temporarily. The heat feels oddly relieving for many people, even before you remove the pen and realize that your bite no longer itches. How does heat counteract the effects of a mosquito bite? When the skeeter gets you, the saliva it injects contains an anticoagulant, making your blood drinkable for the bug but also causing itching and irritation. And your body’s natural response — releasing natural histamines to the area to wash out the foreign substance — causes swelling, irritation, and even pain.

The Bite Away is basically providing your body a shortcut. The ceramic tip heats to 124 degrees Fahrenheit. When delivered to that very localized area of the bite, it triggers an accelerated healing response from your body. Instead of taking days to slowly flush out the itch-causing venom, the localized heat spurs a stress reaction, increasing the blood flow to the bite area and immediately attacking the itching, pain, and swelling. Within minutes, I found that both swelling and itching was noticeably lessened.

The Bite Away has two time settings for delivering the heat — three and five seconds, depending on the itchiness of the bite. And you can apply it to the same area multiple times — up to five times per hour, giving yourself at least two minutes between applications.

The Bite Away runs on two AA batteries and provides all its formidable itch-relief punch in a small, super-light, totally portable package. It even has a pocket clip like an actual pen, so it’s an easy carry-along for any outdoor activity. It’s safe for people of all ages two and up (Bite Away recommends adult supervision for kids 12 and under), and even if the heat gives you a (very) temporary ouchie, it is not nearly hot enough to burn your skin or leave a mark. The only problem we’ve experienced with it in a house of six in a mosquito-heavy area? We keep misplacing the Bite Away. “Who had it last?” is the most common question around here because everybody uses it. A lot. It’s already on its third set of batteries, but it works every time.

At $30 per pen, the Bite Away is a steal, especially considering how much money you would otherwise spend on all of those anti-itch creams and ointments that don’t work anywhere near as well nor as quickly. Other models on Amazon work the same way and are less expensive, but we can’t attest to their efficacy. The Bite Away has been working like gangbusters here during the buggiest summer we’ve ever endured. This dad gives two very enthusiastic and itch-free thumbs up to the Bite Away!