When it comes to staying dry during a rainstorm, I have no shame. I am an adult with two pairs of rain boots, several rain jackets and even rain pants. I have a specific purse that is best for the rain because it fits under my jackets. I even bought one of those backpack covers and I am no longer a student or someone who is nearly tough enough to venture out on a hike if there is even a 5% chance of rain. I was 9 years old when I first saw Forrest Gump and vividly remember Lieutenant Dan telling Forrest and Bubba to keep their feet dry in Vietnam. Of all the lessons from the Oscar-winning film, that one seemed to really stick with me. So, when I came across a $115 umbrella I had to know — is it worth the hype? Or more specifically, is it worth the price tag?

The Davek Solo is one of the many high-end styles of umbrellas from the New York company. Davek also carries a $350 polished wood umbrella, a $149 classic cane umbrella, a $129 golf umbrella, and a $135 smart umbrella that can be synced to your phone, which TBH is brilliant. The Solo is considered the company’s mid-range offering, with a mini model available for $49 and a small travel-sized umbrella for $95. 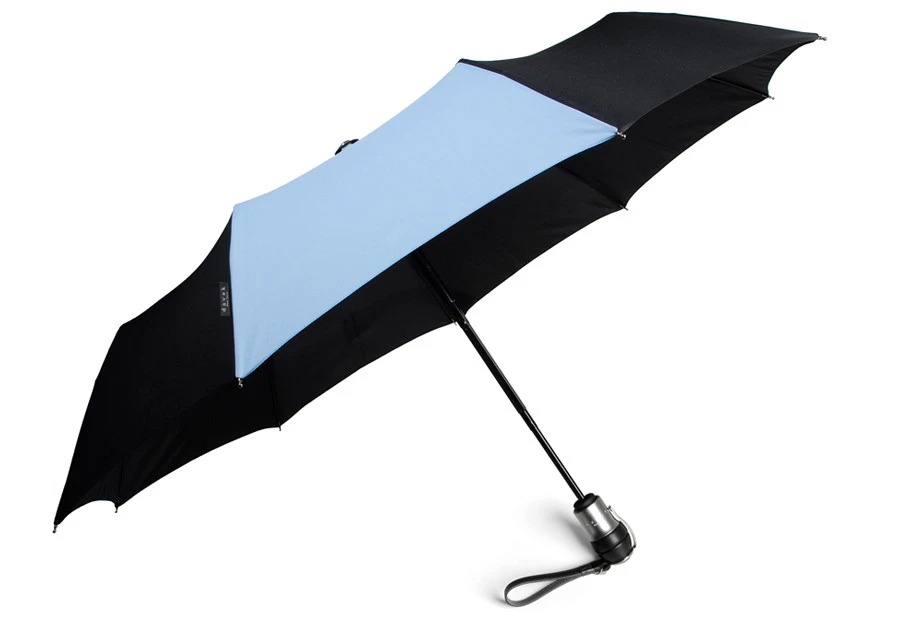 The Solo is the company’s flagship model and is marketed as having a lifetime guarantee. As someone with a lifetime aversion to being uncomfortably wet, I investigated whether the Davek Solo was worth replacing the four (yes, four) umbrellas currently in my closet/car/desk. As the saying goes, if you fail to prepare, prepare to get your feet wet. Or something like that.

Davek sent SPY the Solo to test out. My thoughts on the umbrella and its price tag, below.

As mentioned above, Davek makes several sizes of umbrellas to fit every user. While we typically think of bigger as better, that’s not the case with umbrellas. In the early 2000s, golf umbrellas saw a massive uptick in their market, selling four times as many oversized umbrellas in 2006 compared to 2001. Most of these umbrellas weren’t being used on the links but on crowded sidewalks and the sidelines of kids sporting events. Although golf umbrellas offer ample coverage, they aren’t ideal for urban dwellers. An umbrella that is too large can easily hit and poke other pedestrians. They are difficult to store and a nuisance to carry if you’re already lugging a briefcase or backpack. They also aren’t a great option for users who want an umbrella they can keep on hand at all times for ‘just in case’ rainstorms.

The Davek Solo offers 37 inches of coverage, which was enough for me to comfortably fit under and my husband and I to fit together if huddled up. When closed, the umbrella has an 11.75-inch length that would fit into just about any backpack or briefcase and a large, tote-style purse. 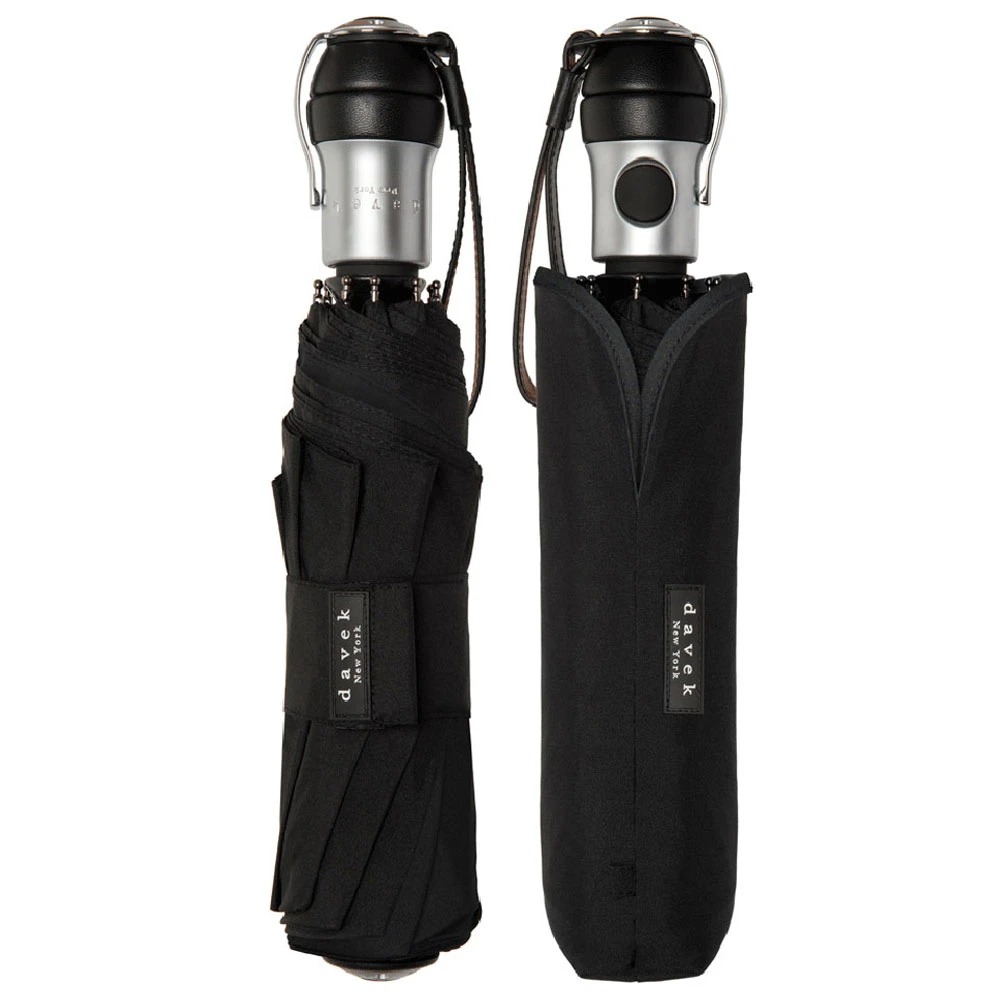 It’s immediately apparent after unboxing the Davek Solo that the umbrella is much higher quality than other umbrellas I’ve owned. The Solo arrives in an elegant red box that makes it a great option for gifts. A genuine leather wrist strap and zinc alloy ergonomic handle make for an impressive-looking accessory. Each umbrella includes a matching cover and the Solo is available in several solid color options that present a professional look and one that won’t draw attention, which is good news when you don’t want anyone walking off with your very expensive umbrella. A three-action push-button system makes opening and closing the umbrella simple even with one hand and in windy conditions. 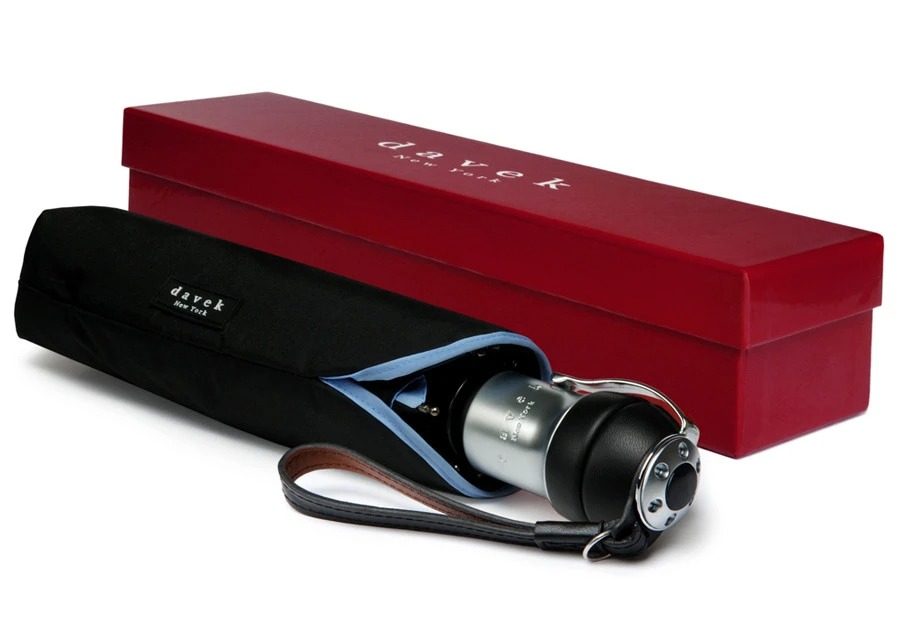 The Solo is designed specifically to keep users dry (it is an umbrella, after all), from its leak-proof ferrule on the top of the umbrella to the high thread count micro-weave fabric that has a waterproof coating. The wind-resistant umbrella is held together with a solid steel shaft that keeps the unit stable even in inclement weather. I tried it out in a recent rainstorm and was dry and comfortable by the end of my walk. 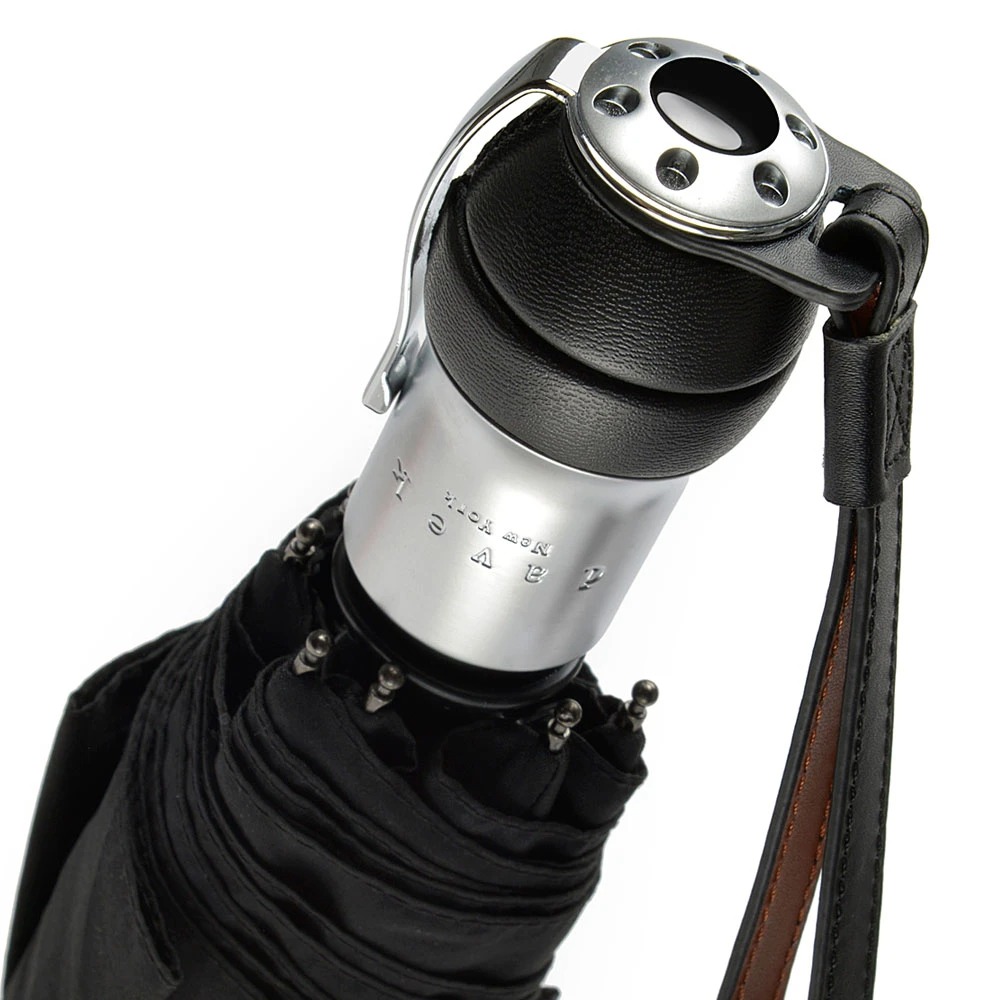 At 1.2 pounds, the Solo is noticeably heavier than other umbrellas I’ve own that are a similar size. The weight isn’t a deal-breaker, but if you’re already carrying a heavy load on your daily commute, opting for the company’s Mini or Traveler model may be a better option.

Of course, the cost for the Davek Solo is a major factor. Inexpensive umbrellas that can be bought at convenience stores and delis are popular with the crowd who forgot their better quality umbrella at home, but in the world of umbrellas, you get what you pay for. Anything less than $10 will likely flip inside out at the first gust of wind, leaving users wet and fighting with a piece of plastic on the street.

The Solo is significantly more expensive than any other umbrella I’ve owned, with the most I’ve paid being somewhere around $35 for a birdcage style umbrella that is still mostly working after 10 years of use. For another $20, customers can get the Davek Alert which is a similar style as the Solo but with the added benefit of being able to track the umbrella through an app on your phone. 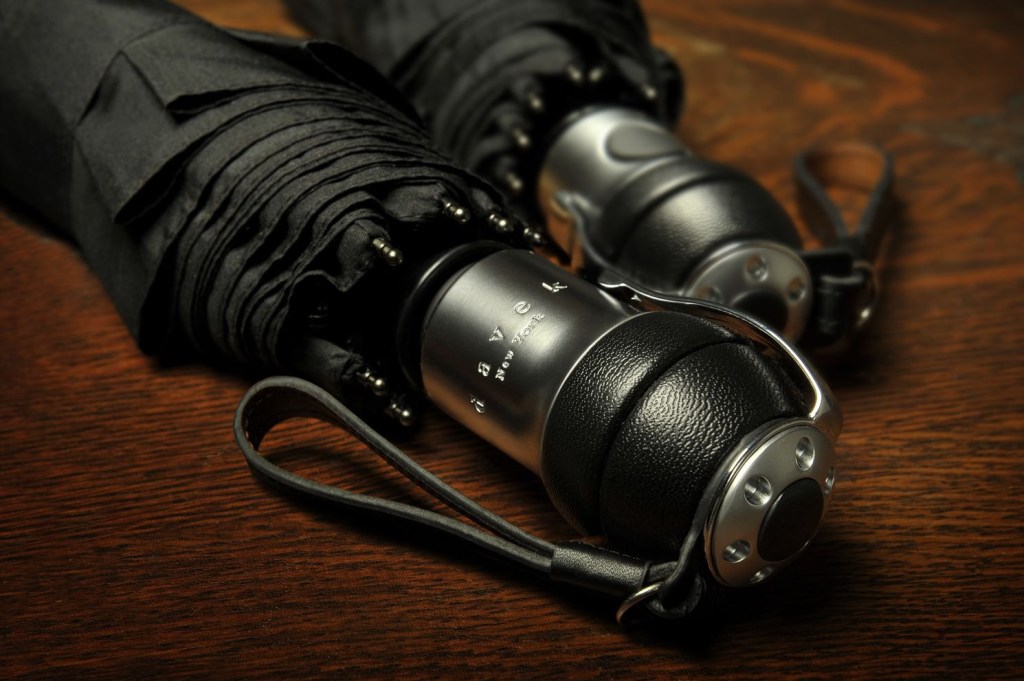 Although the Solo comes with sticker shock, it backs up the high price with a quality product. As long as users are good at remembering to keep their umbrella on hand, the Solo will last for years. Should any parts break, Davek will repair or replace the umbrella. And if customers do lose their umbrella, the company offers a loss prevention serial number for each umbrella that gives customers up to 50% off their next umbrella purchase. 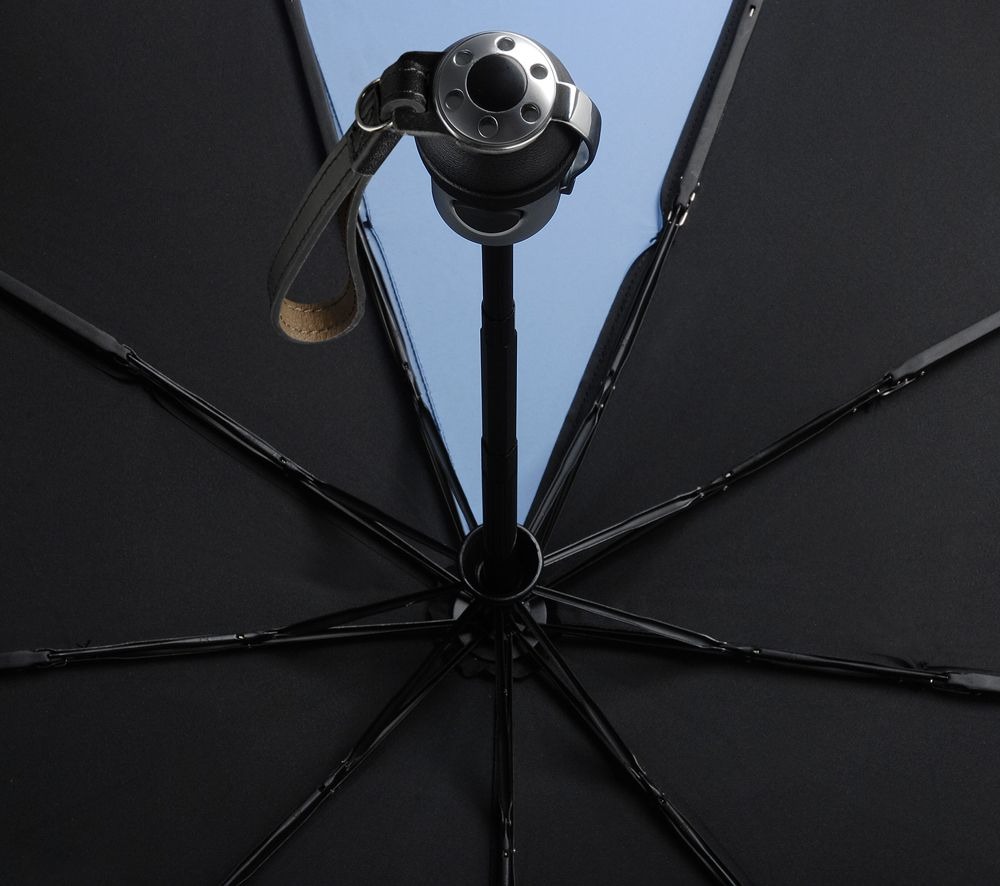 Never Worry About Rain Again With the Best Waterproof Earbuds